We landed at Medellin airport after a good flight with Jet Blue, we had plenty of leg room in the normal seats, even though they are constantly trying to get you to upgrade to the ‘more room’ seats, but that’s hardly worth it.

The airbus 320 had TV’s in the chair backs and they offer complimentary beverages non alcoholic of course and also a variety of snacks. You can also purchase for $6 various snack packs which is pretty good value.

The flight was just over three hours, and was smooth even though there were storms and lightning on the left side.

Arriving at Medellin airport we quickly exited the plane with our hand luggage and shortly after joined the line for passport inspection.

Reaching the counter the man asked if we spoke Spanish and as we didn’t he continued in English. What is your profession, where are you staying, what is the purpose of this visit? He entered the information into the computer and then stamped our passports with a 90 day visa and welcomed us to Colombia.

“South America baby here we are”

it’s a great feeling a bit like going to Australia for the first time all those years back.

Next up was baggage claim, we got a trolley for $3.50 US, gave him $4 he had no change, lol… Our bags came off soon after and we then made our way through customs. The lady asked us if we had cash, we said no and needed to take some out, she took our forms and waved us through, all very easy.

As we walked out into the arrivals hall looking for our driver, we spot two signs being held up, one read “JOHNY MUNDZ & MONICA” that would be us lol and our driver introduced himself as Maurizio.

I proceeded to take some money out from the ATM and then we walked to the car.

“The drive to Envigado took just over an hour”

I sat in the front. We were warned that the drivers are a little dangerous here and that I can totally agree with, it’s like F1 on street roads, they pass on double lines and pull in right in front of you, expecting you to make space. Overtaking on bends and passing on either side if there is space, crazy crazy fro sure.

Maurizio drove quite controlled probably because he had passengers, but he does this for a living so must take good care.

The airport is higher up than the city by a few hundred metres, but you must first go up, down and up again before you get to go down in to the city… then you turn a corner and the city lights come in view, it’s amazing, unfortunately not easy to photograph but believe me it is great. Medellin lies in a valley and the road winds it’s way down and down into the various towns.

We are heading to Envigado which is the neighbouring town to Poblado which is where Pablo Escobar started his regime, thankfully it has been cleaned up a lot since then. Our AirBnB place is in one of the main streets and we were welcomed by Todd & Veronica who run this place ‘Park House’ and the other ‘The Art House’ which is five blocks away with a partner. 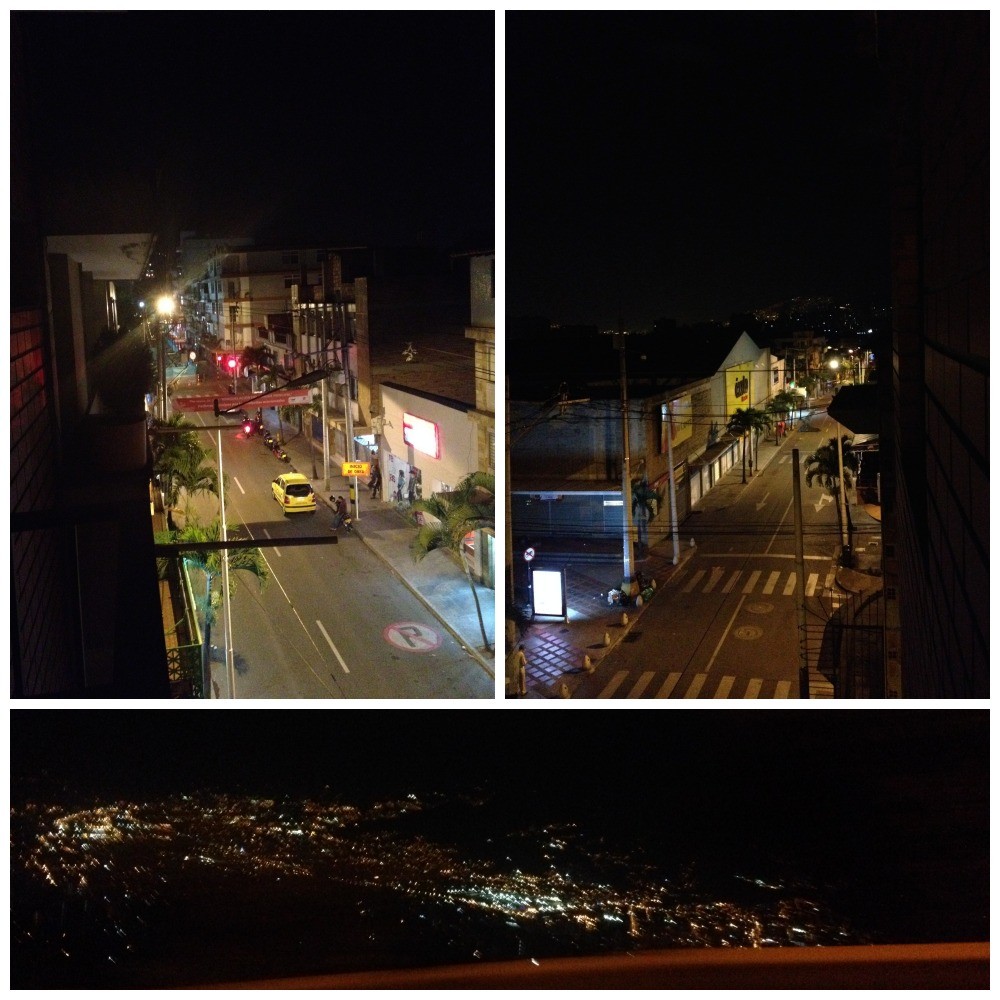 It’s now around 11.30pm local time and we just dump our gear have a quick tour from Todd, a cup of tea then we crash, spending our first night in what used to be known as the worlds most dangerous city. See you all tomorrow, I hope…