We had a few hours in Cobh as a return trip from Kinsale before heading on.

Cobh has a lot of nautical history none more famous than the 1912 embarkation of 123 passengers to Titanic four days before Titanic hit an iceberg and sank. 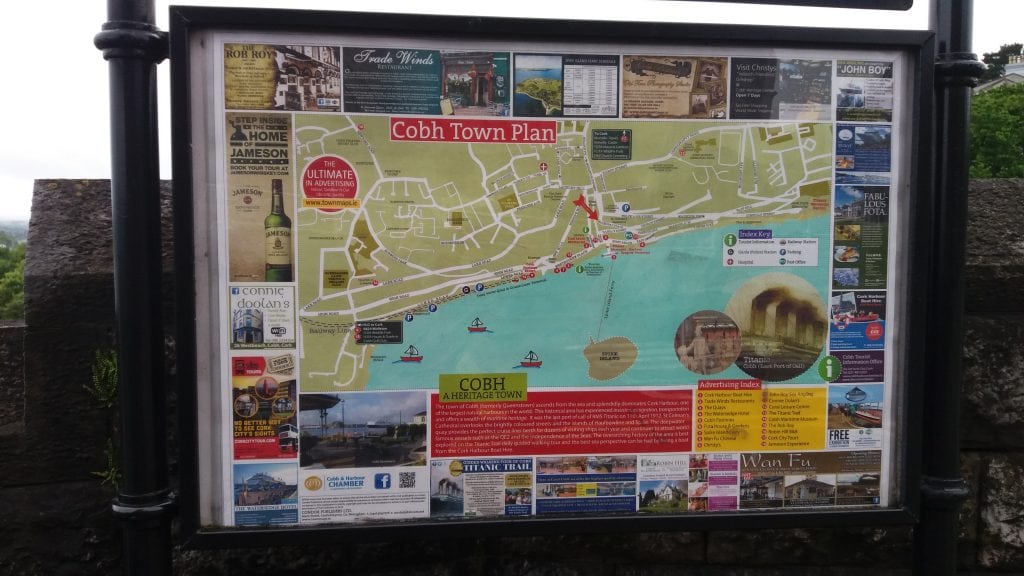 We parked the car at the top of the town near St Colmans Cathedral. And after drove down into town. 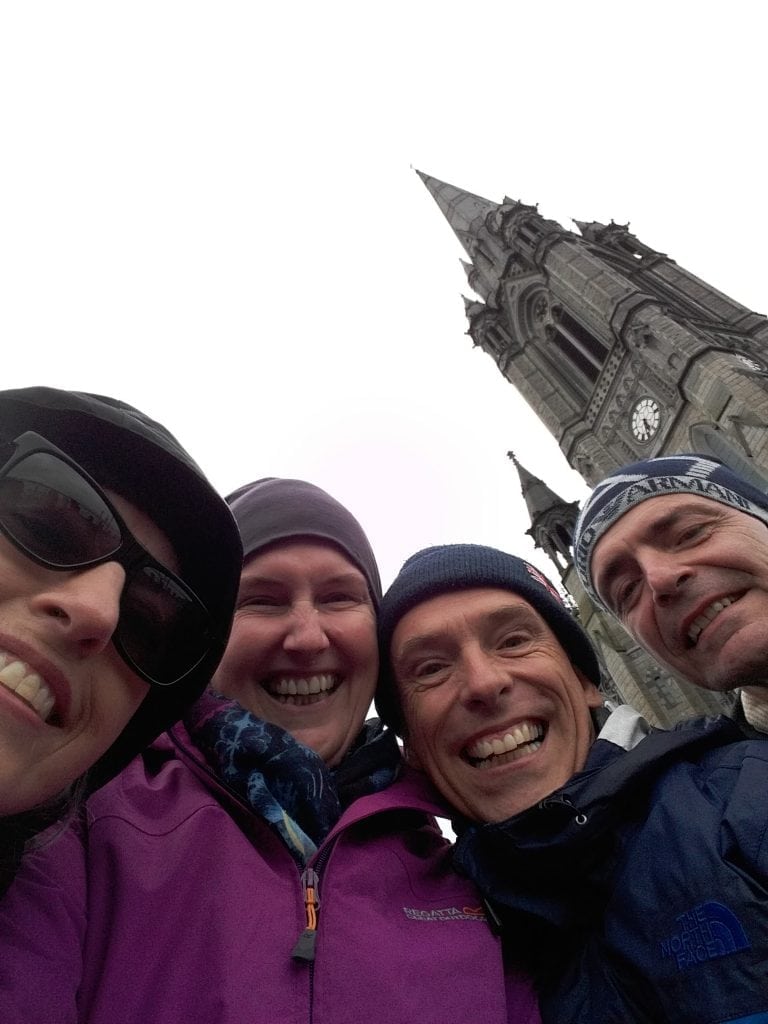 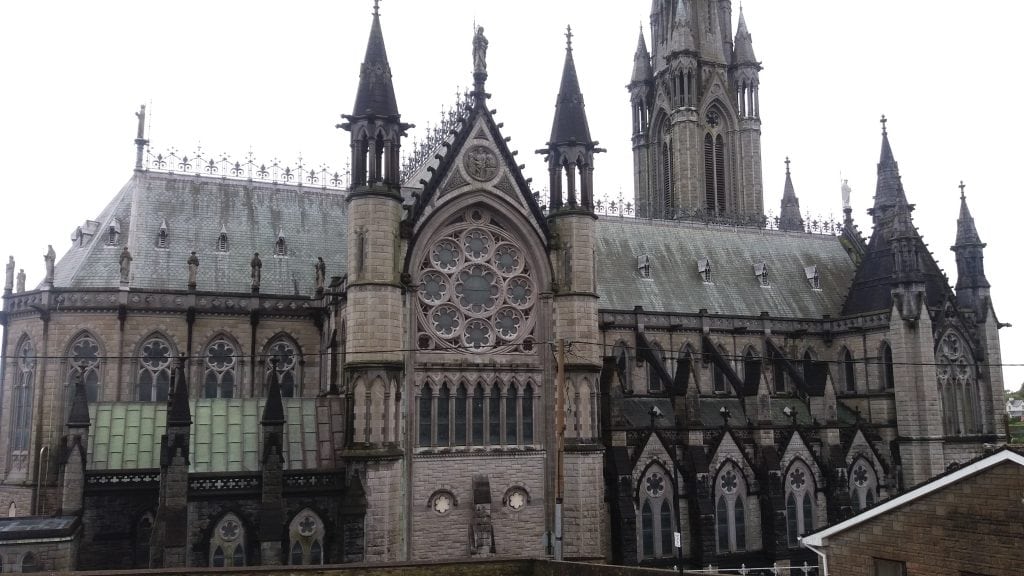 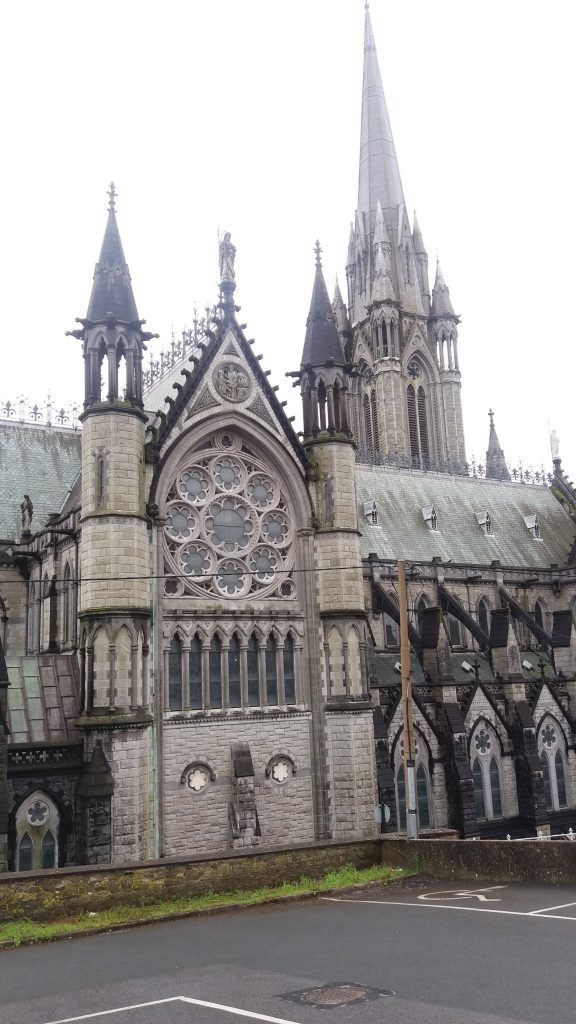 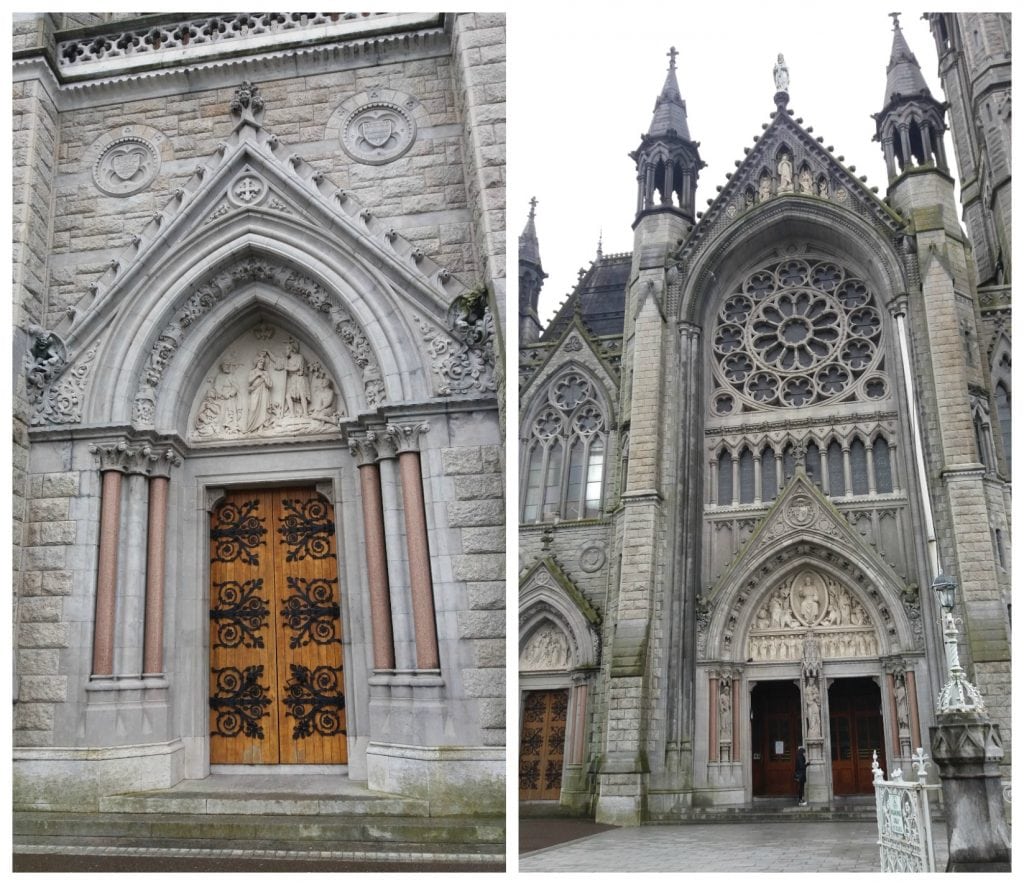 From the area near the cathedral, you can have great views of the town and harbour. It would be an impressive sight to see cruise ships here today as it probably was back when Titanic was here. Back then in 1912 Cobh was known as Queenstown Ireland. 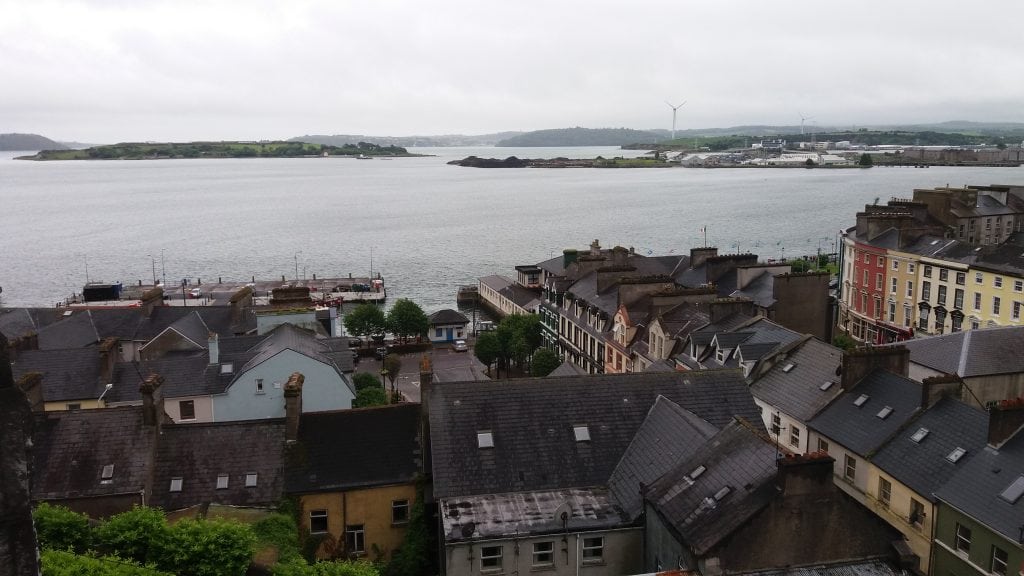 View over Cobh from the Cathedral 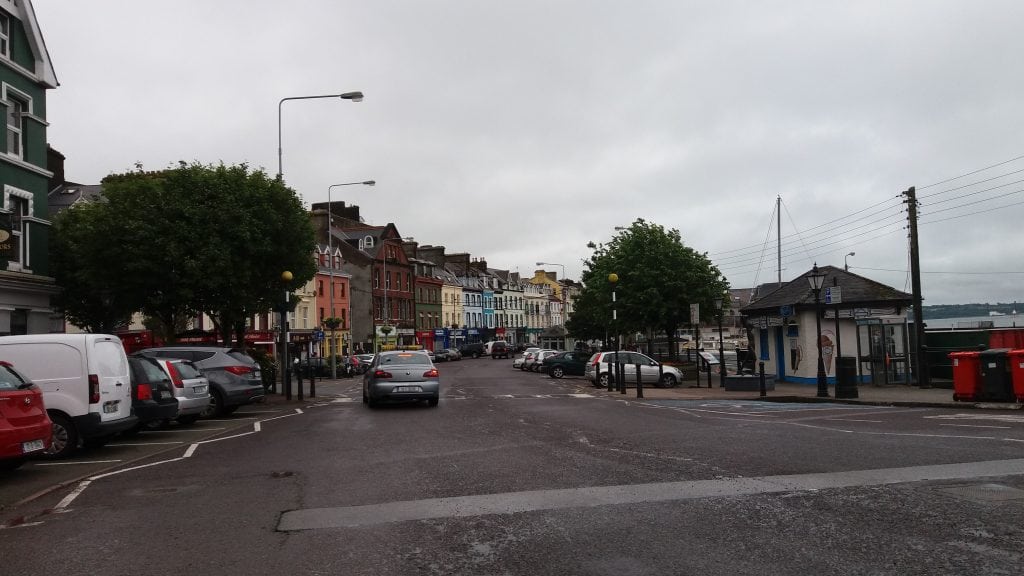 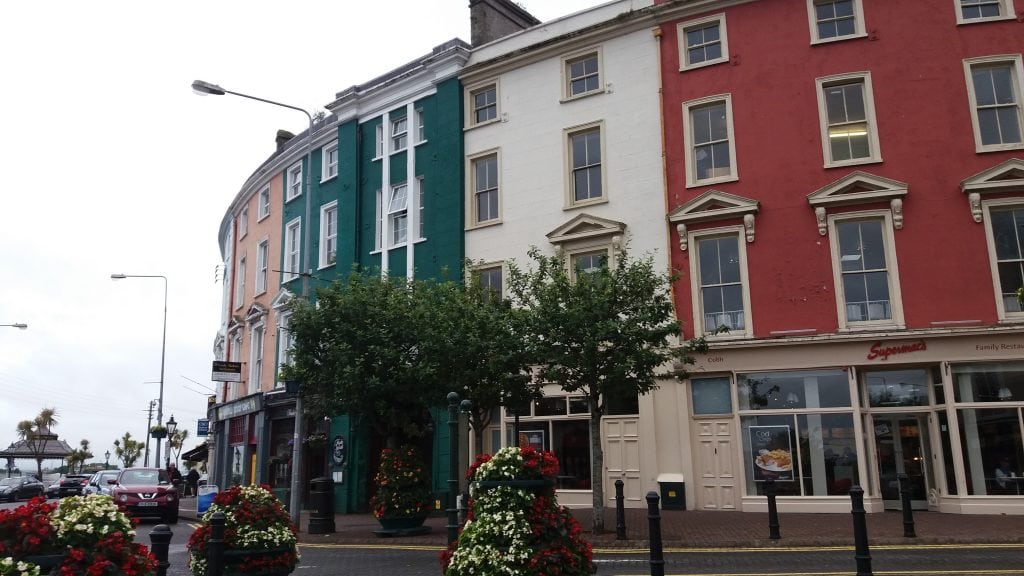 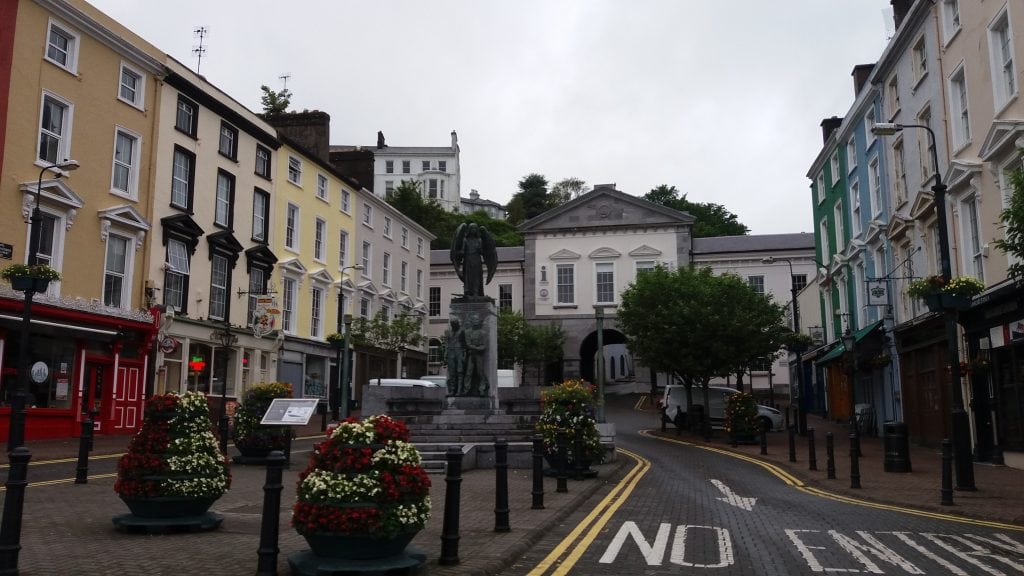 Thanks to the natural harbour Cobh was the last place that Titanic was seen docked. There is a memorial garden here as well as the White Star Line office, Cunard Office and the original clock tower.

The picture below is a line drawing on glass and shows Titanic in the dock here at Cobh. Also the passenger list of those that boarded in Queenstown (Cobh). 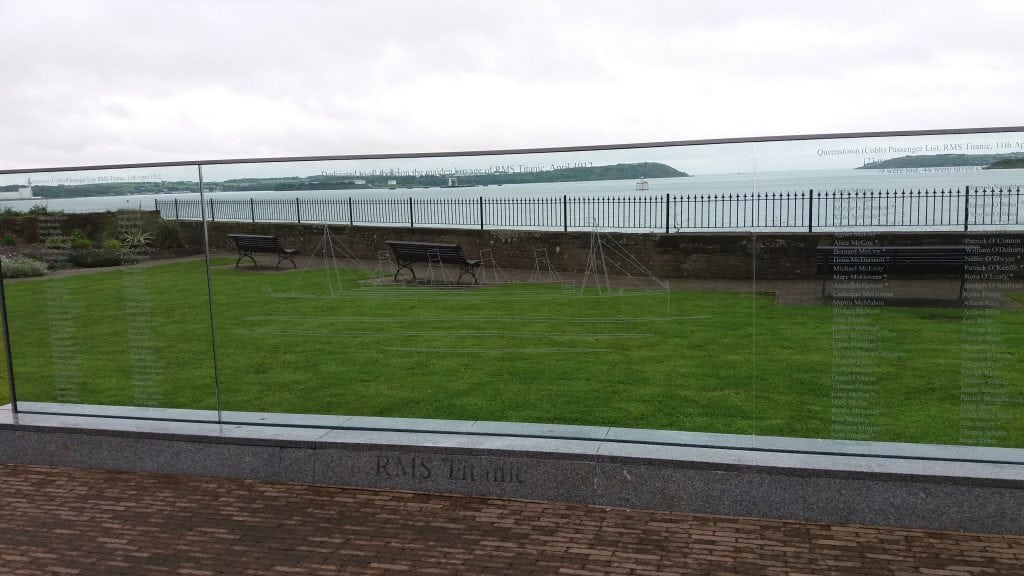 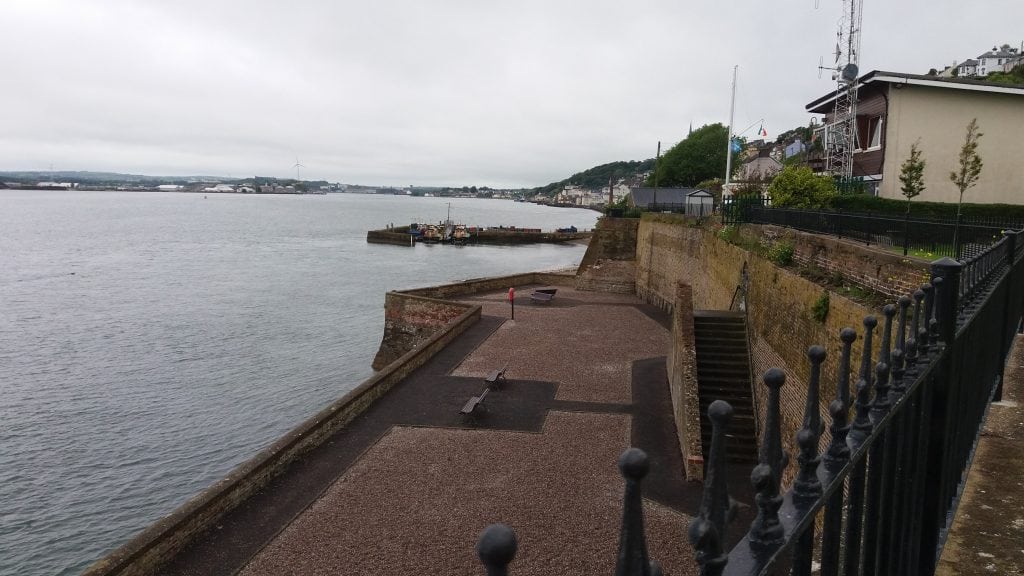