Sun set at dinner time through the dining room window

Today we woke at 10am after a good nights sleep. Pretty good especially for Moni who has had stomach cramps and diarrhoea since yesterday evening.

Unfortunately it was no better this morning and we had a very light breakfast at the buffet and spoke with Zafer the F&B Director and told him.

After speaking with a few other people they also mentioned about having an unsettled tummy.

At lunch the buffet was no longer self-serve as the immediate precautions are being put in place to stop any spreading of a Norovirus. Which is a very serious concern on board ships.

We had our last run through for the Flash Mob that we later performed on stage Moni was not feeling up to it so stayed in the cabin.

The theatre was packed standing room only for the Infinity’s got talent show and it was pretty good, with the flash mob crew at the very end. 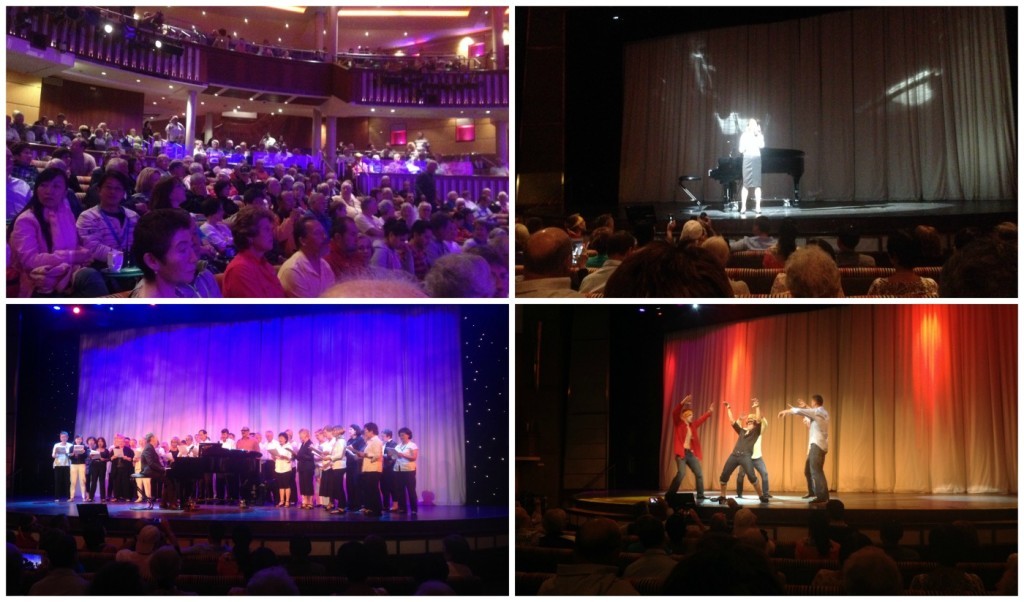 The Infinity’s got talent show

It was great fun and the four minutes went by in a flash, pardon the pun.

We had our farewell dinner in the Trellis dining room for the last time and saw a wonderful sun set. The meals were fine and we had a table for just the two of us as Serkan’s section was full and Ana made a special table for us from the neighbouring waiters section.

We said our goodbyes to all and headed to the cabin. We stopped by the library to hand our books back to find it overloaded with returns and leave behinds, we actually found a couple of good ones to read. 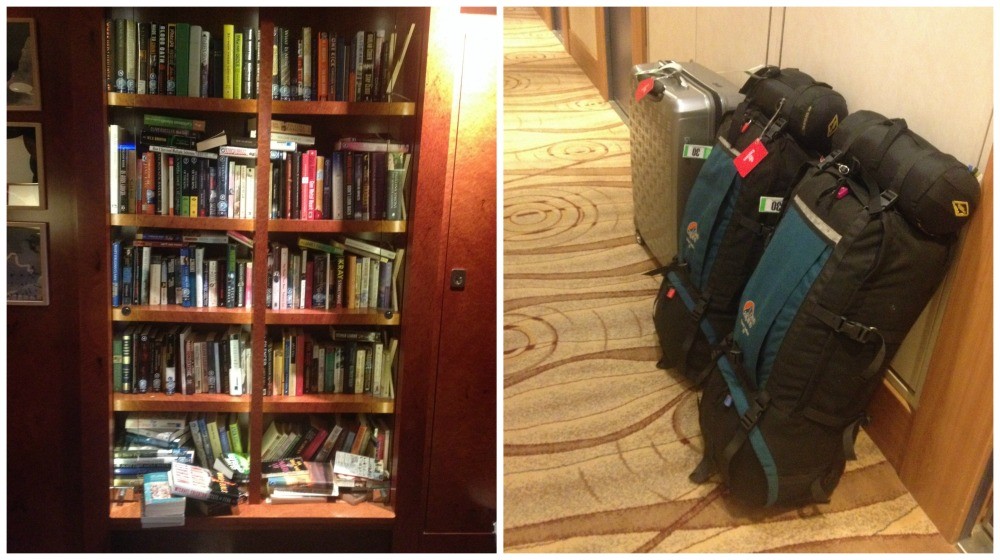 The bags were already taken, ready for our disembarkation in the morning.