Last night we were at the José María Córdova International Airport in Medellin to meet Moni’s sister Ursula who is going to spend her holiday here in Envigado with us.

We had organised Maurizio a private taxi/chauffeur who picked us up when we arrived in Medellin to collect us and take us to the airport to meet Ursula at 7.20pm and then bring us all back to Envigado.

The drive up in the early evening was nice and it was good to see the city in the fading light. It took just over an hour to the airport from Envigado and we arrived with plenty of time.

Within 4o minutes of each other four planes landed, one from Panama being late, the Jet Blue 41 which we came in on was early and Ursula’s AA flight from Miami was pretty much on time. This made the airport quite busy by the time Ursula made it through the security and customs, lucky for her though it only took a few minutes. 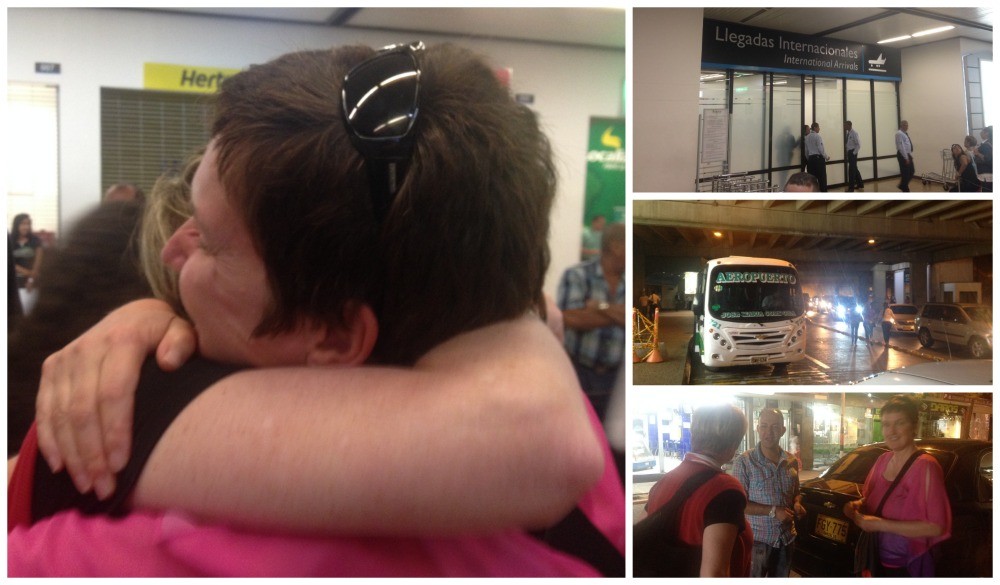 We called Maurizio to drive in and get us from the entrance and we were soon on our way back to Envigado. The traffic was busier on the way back, probably as it was a Friday night and Colombia were playing Brazil in a football match in Miami of all places and many people were out in town watching it in restaurants and bars. Unfortunately Colombia lost 1-0 and so no celebrations in town.

The view from the top of the mountain to the city below is awesome but it is not easy to get a photo, this was the best I could do, but believe me it is spectacular.

The city lights of Medellin

At home we relaxed for a while and then went to bed.