After a great stay at Shiraishi Island we finally have to move on and keep to our schedule, it is already later than what Captain had anticpated leaving due to the bad weather and swell, but it came to a time to go or not and so we eased away from the jetty and made our way to Kamikamagarishima.

Breakfast was a fry up with the paparazi eager to snap up some of this western style creations. After our breaky we started to walk to meet Nack & Take (pronounced taakeee) and meet Sanji on the way before getting to the water taxi in time.

After picking up the guy’s we stop buy a shop to get a few things before heading back to Big Elle for departure. 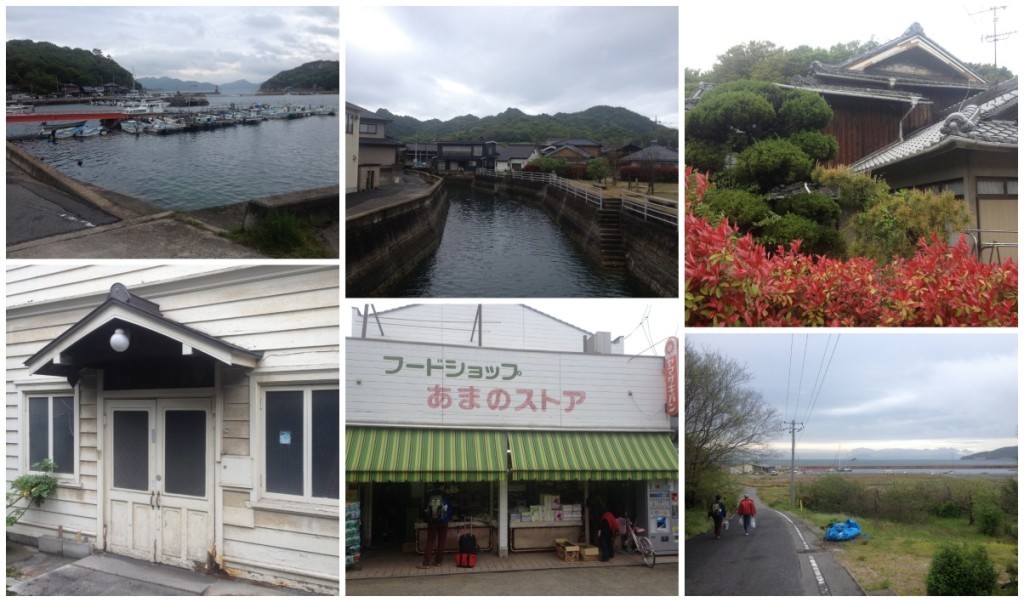 A quick stop at the local shop, next door to the old post office, then we walk back to the yacht

Amy and Paul after a call from Toshi bring a Mooo Bar T-shirt for Moni and we say goodbye and head off.

Leaving the sheltered jetty of Shiriashi Island we head out and imeadiatley hit a few waves as we go from calm to bumpy and the decks are splashed with water.

The first two sails are up.

Introducing Take & Nack, two sails up, on board paparazi

We have two sails up and the wind is still strong so Captain gives the order to put up the third, and Nack and Tom whinch hard to get it up and Big Elle glides along, Tom said to me that this was a first since he has been sailing with Captain on Big Elle.

Three sails up on Big Elle with a top speed of 10.2 knots

Yeah we are really sailing now and leaning to one side then the other as the winds change… Moni is the designated vidioligist for the trip and as you you can see she is recording this momentos event staying on the high side. Captain has to control the wheel into the waves as we ride them high then flow into the lower one and back up again… woo hoo it is awesome. 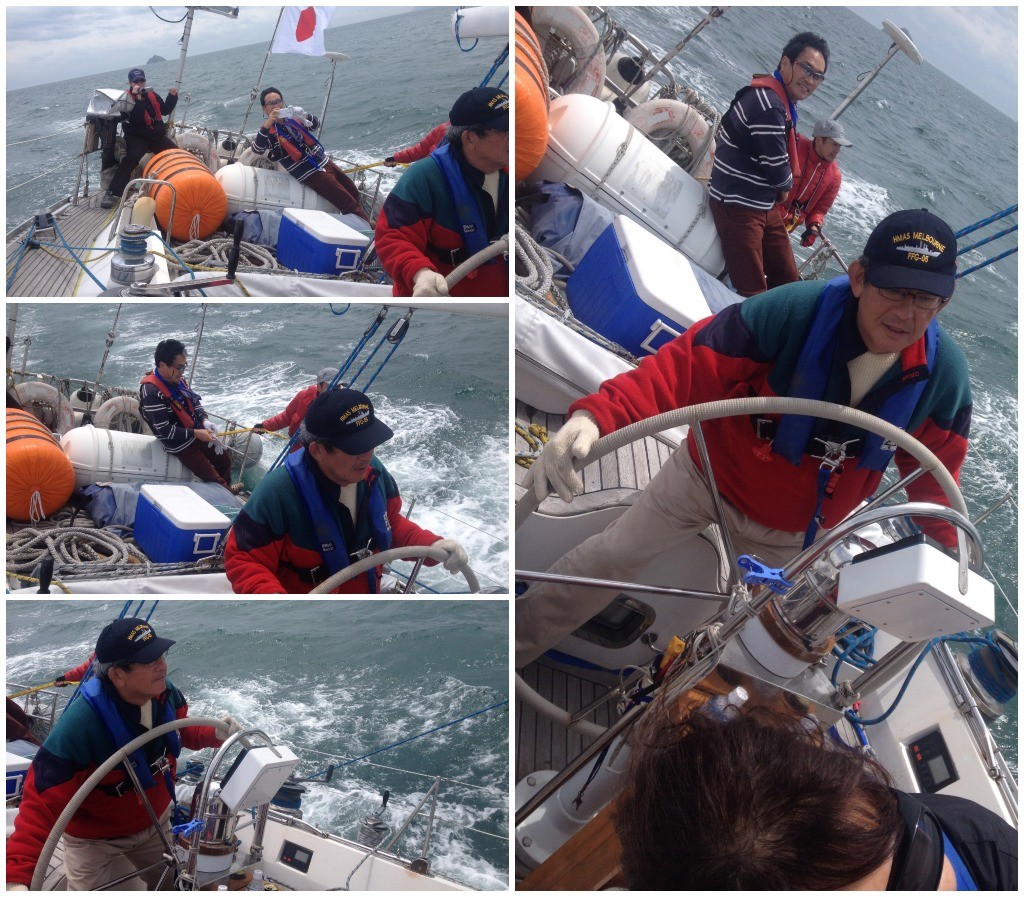 The wind picks up and fills the three sails, we are sailing…

More images from the sailing adventure everybody was excited from the good winds and the speed that Big Elle reached at the peek of the swell, Big Elle performed well and so did we all, just saying. 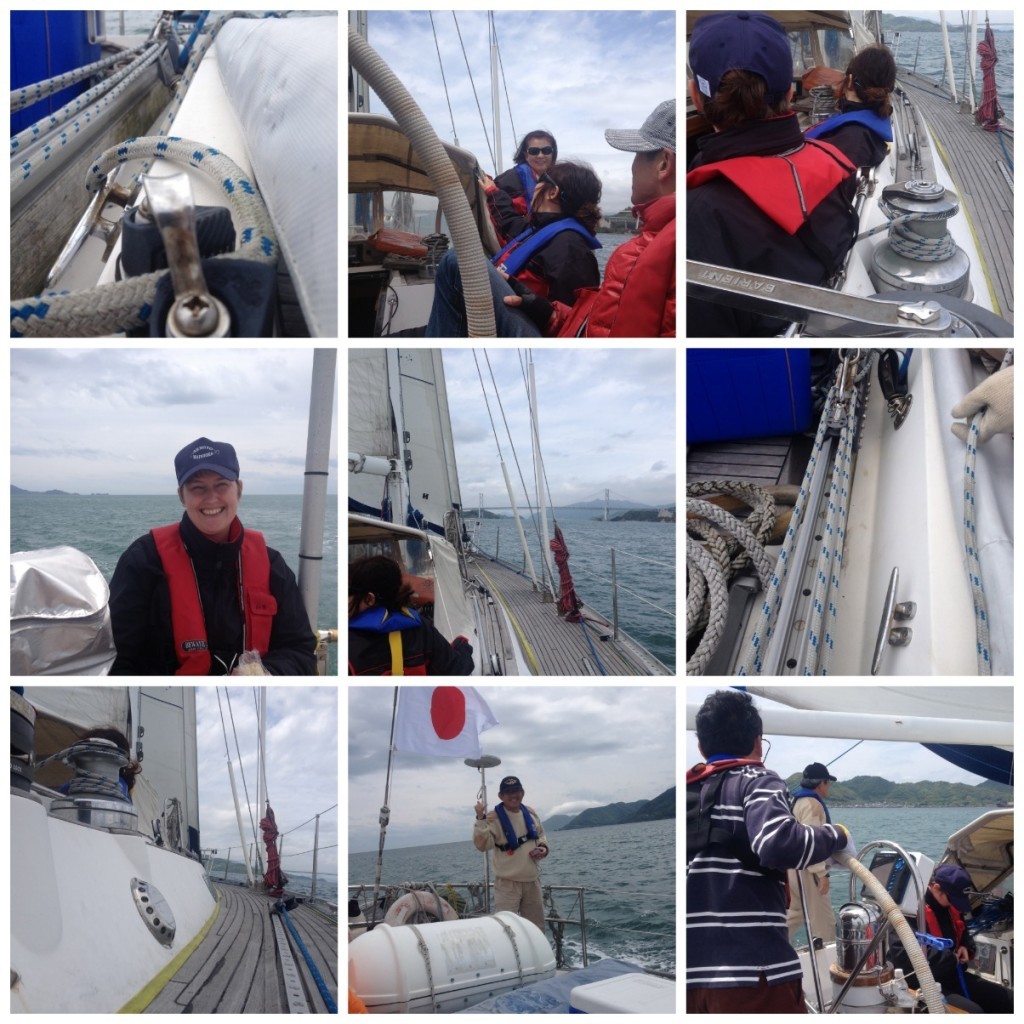 Images from sailing on Big Elle

This bridge…. is I think number three that we have sailed under and Captain said we should pass 11 of them all up, let’s hope that they are all high enough for us to clear. 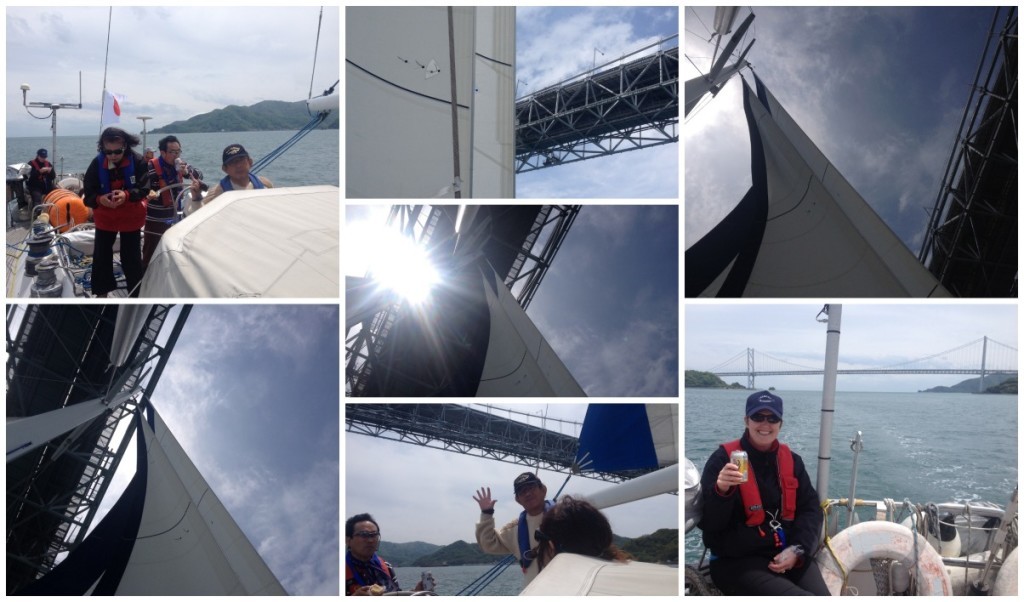 Another bridge to clear under

Even though the seas keep you active, we do find time to relax a bit in between the stronger winds and the calm ahead. 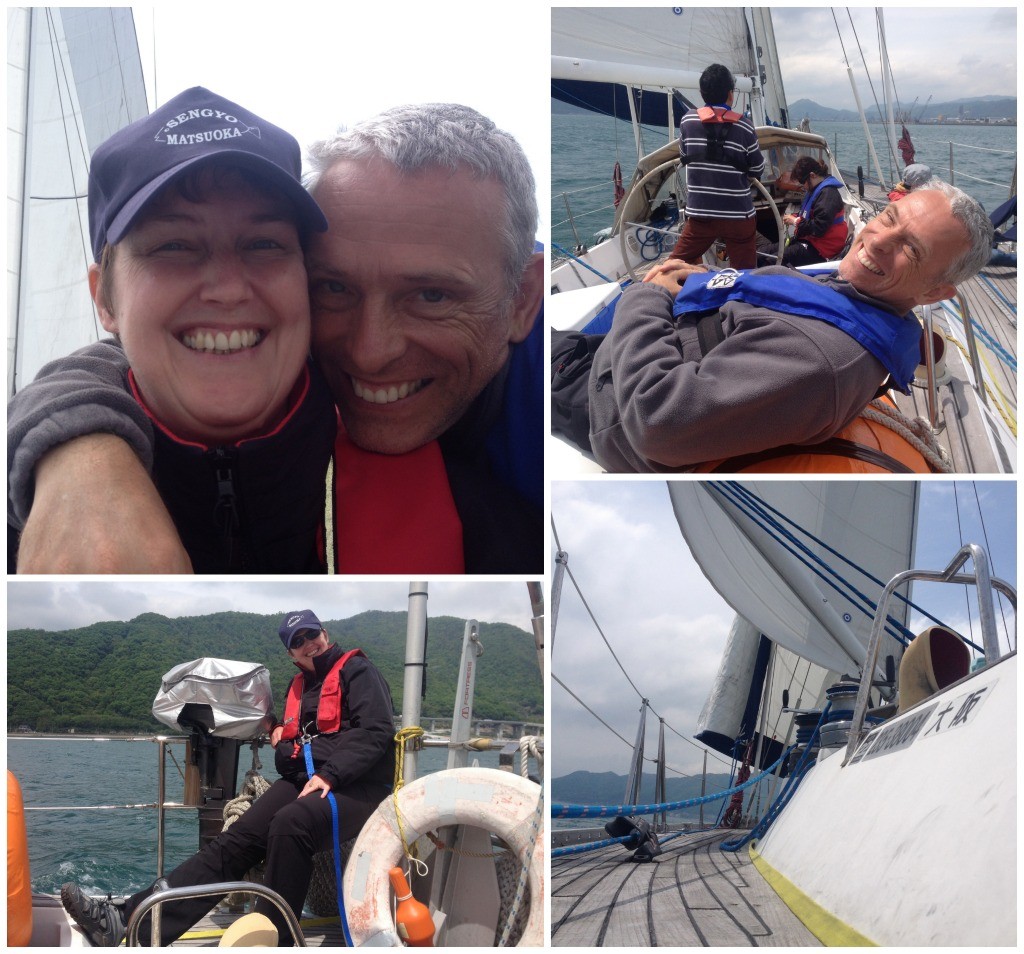 Just after passing under the bridge the water has whirpools all around they are called Ebi in Japanese and can be dangerous for smaller vessels, the photo’s don’t really do them any justice as obviously you can’t see them spinning. 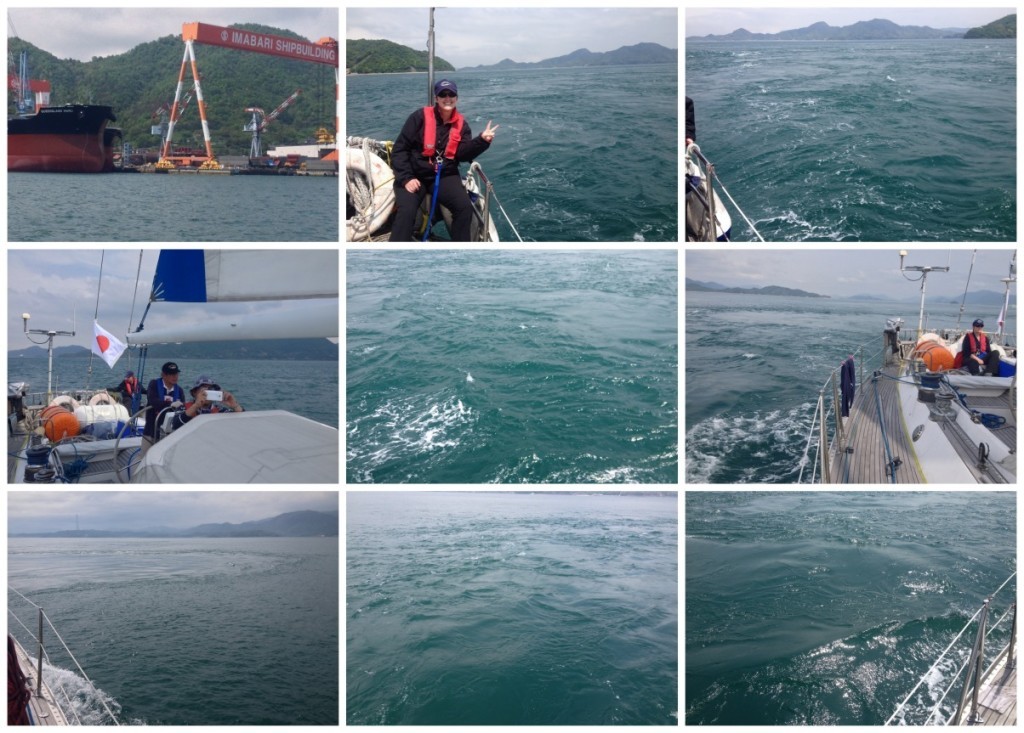 We pass a ship yard and some whirpools in the water which can be dangerous, Ebi in Japanese

Captain Toshi was really pleased with the day sailing especially as we had all three sails up, a rare occasion, one that we all enjoyed, even though we had to hold on tight!! 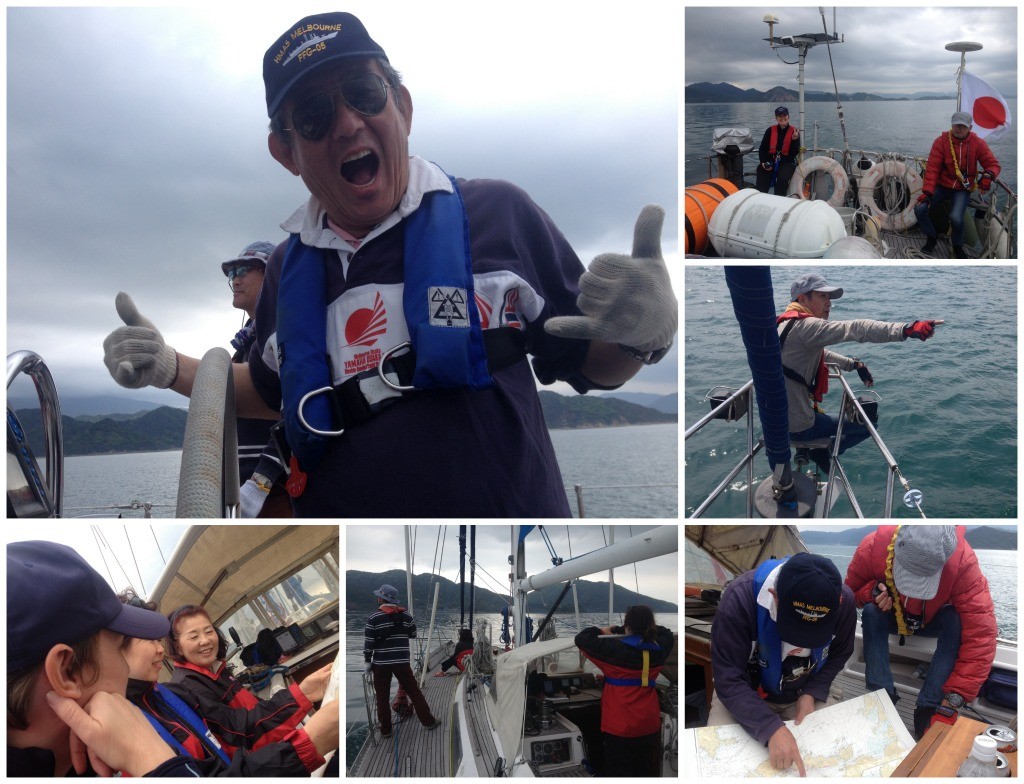 With calmer waters the sails are stowed and everybody can relax a little more, checking the maps

Arriving at the island of Kamikamagarishima, we dock alongside the jetty and quickly get ourselves ready to walk into the restaurant and bath house. Wow what a great day sailing, from top speed of 10.2 knots with an average of 9 knots which was awesome. 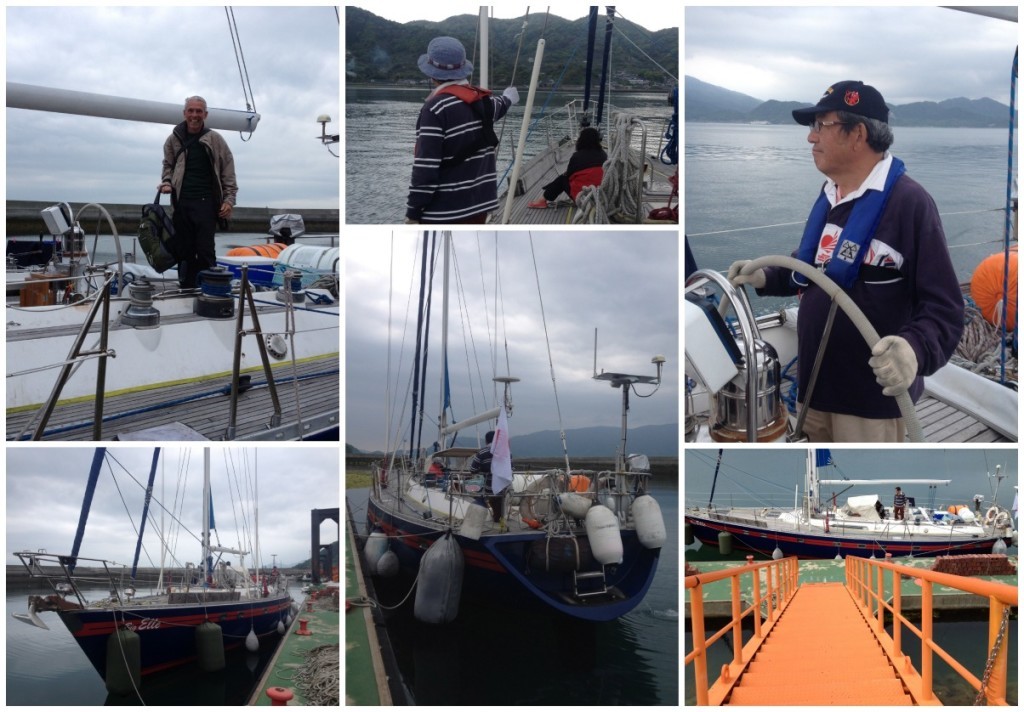 This place had a great bath actually two tubs, made from slate and very hot, we all get in after first showering and scrubbing off. The water is very soothing and after about fifteen minutes we are getting dry and dressed ready for dinner. 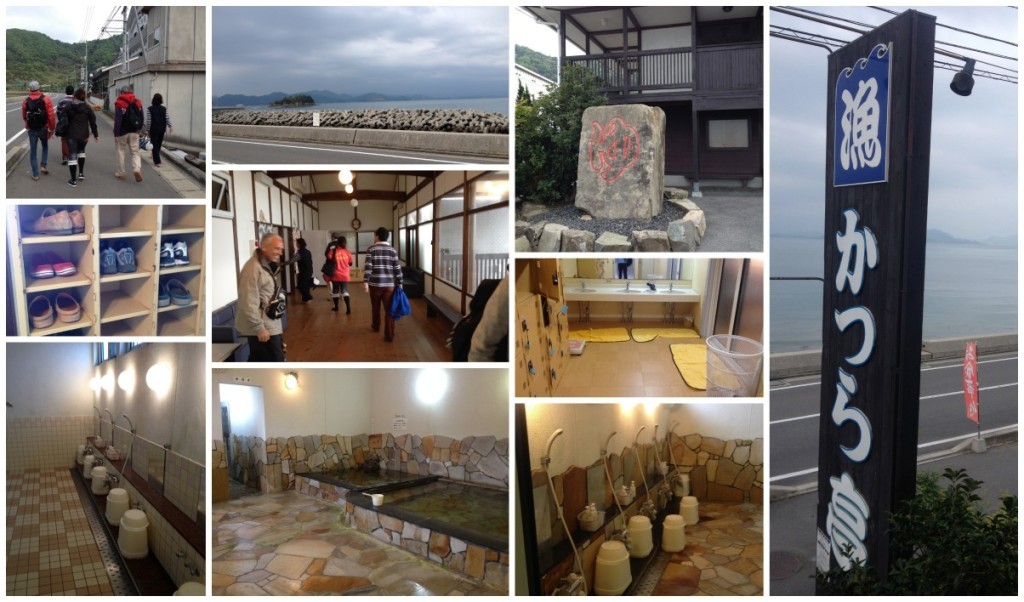 The walk to the Minsyuku Katsura restaurant & baths

Dinner was fantastic, a multi course event that Captain had arranged for us all. As you can see by the photo’s it was amazing food which we all enjoyed immensly.

Cheers or Campai in Japanese, an awesome dinner at Minsyuku Katsura 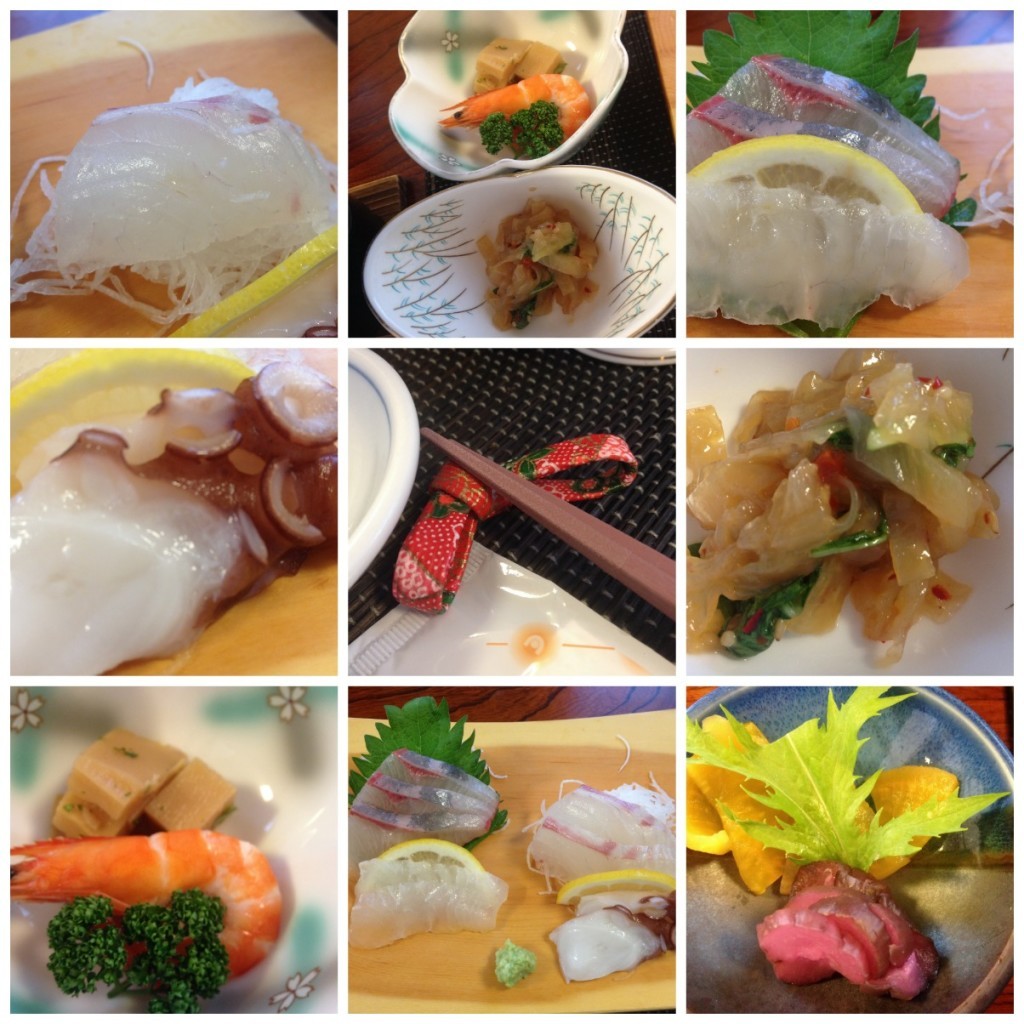 Images of our dinner

A mixture of cooked and raw, hot and cold and also desert, saki and beers, almost in heaven. 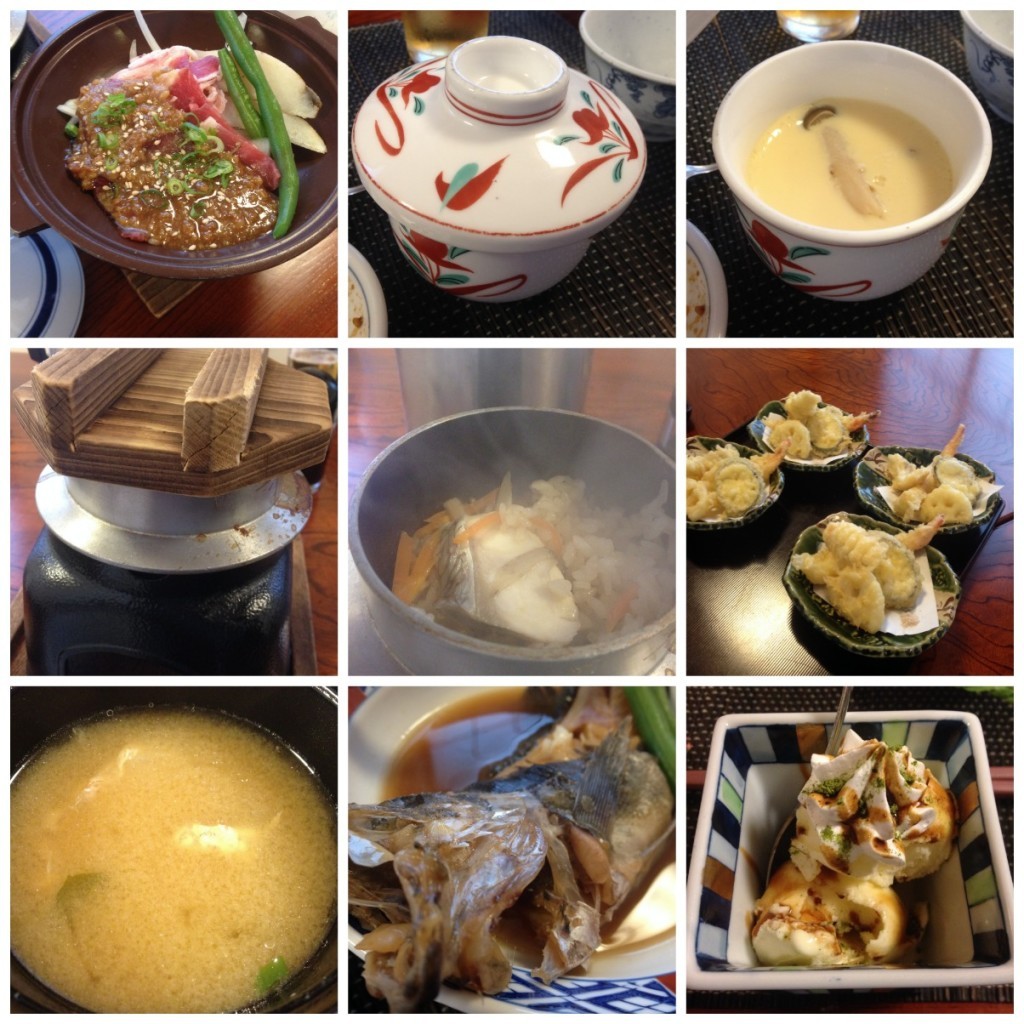 More delicious foods from our dinner

As you can see it was a feast for the senses and all so wonderfully prepared and presented. 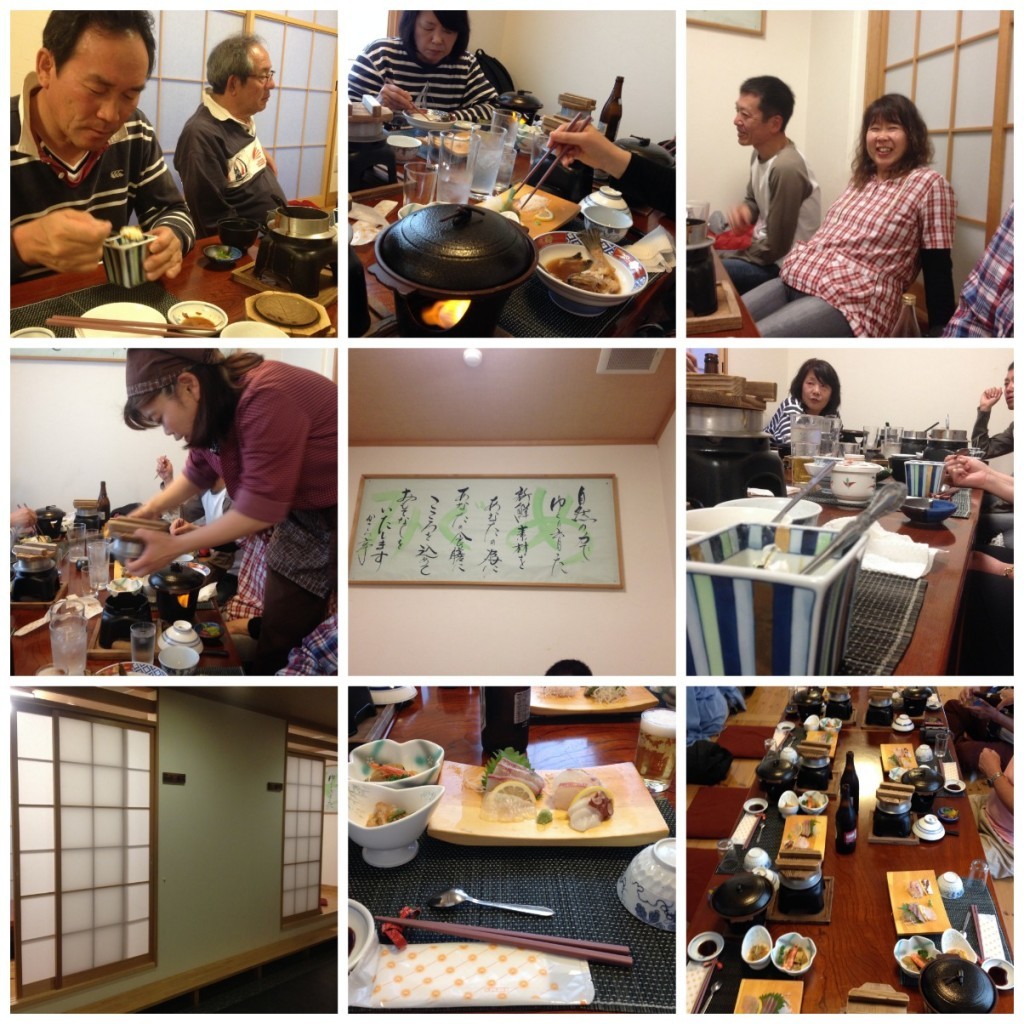 The restaurant is on two levels and we had a private room upstairs, on the lower level, ground floor are many fish tanks with lots of different species on display swimming around and sucking on to the glass. You can bet that the food was fresh as it could be. All very traditional seeting on the floor at low tables. 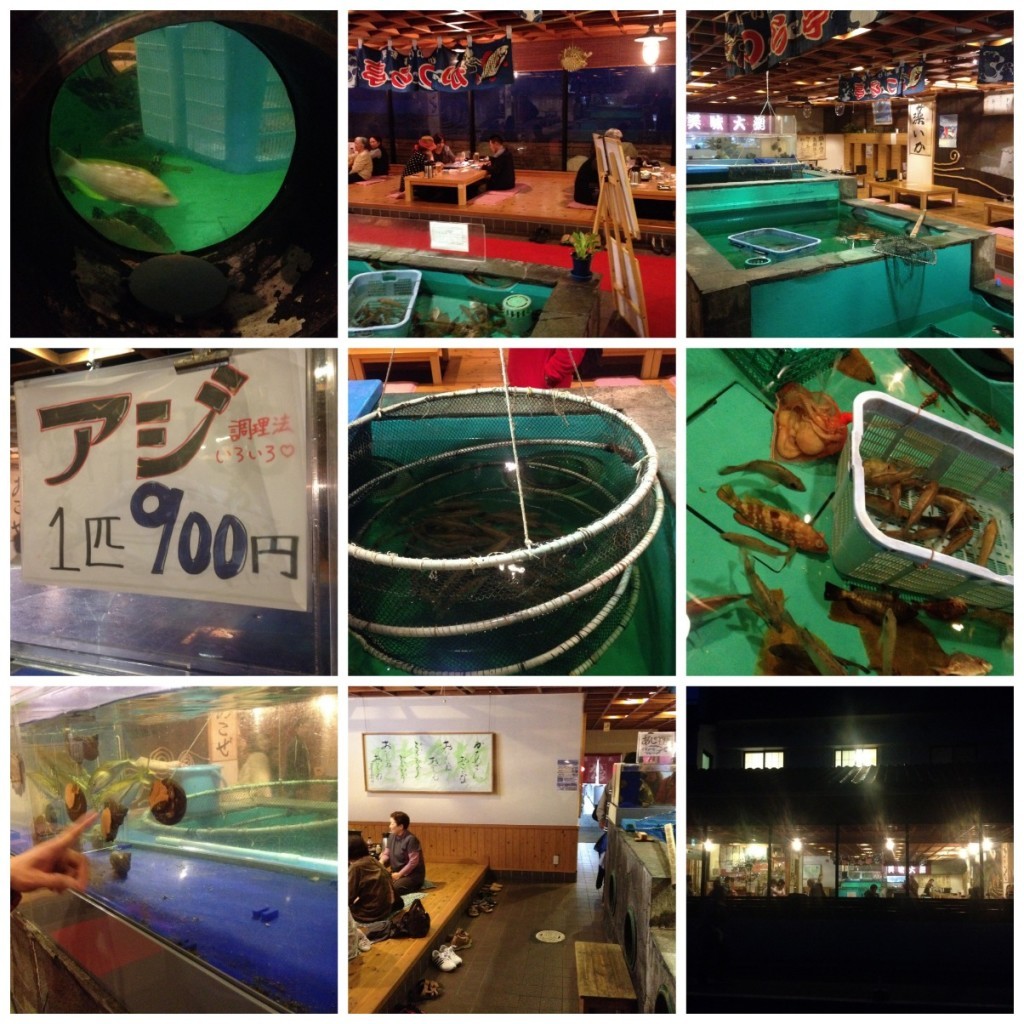 Shiraishi depart at 10:00 to Kamikamagarishima 45Nautical Miles arrive at 16:00