Cruising the Inside passage

Scenic cruising the Inside passage on the way up to Alaska on MS Oosterdam during May 2014. Check out the awesome scenery as we glide on the calm waters leaving only ripples behind.

Scenic cruising the Inside passage

After boarding the MS Oosterdam yesterday and having had a good nights sleep, we were among the first up and about as we wanted to make the most of the day’s viewing of the inside passage.

Up very early at 04.42am, the TV Map and in the lift the floor mat tells you what day it is

We were too early for breakfast from the buffet and took the opportunity to get some photos. 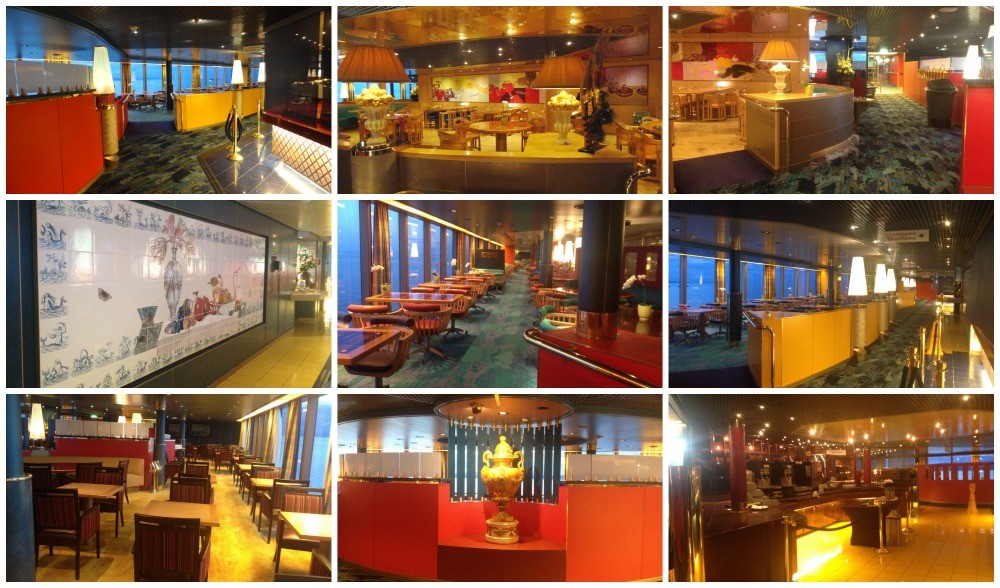 After a quick cup of tea we went out on to the cold deck. 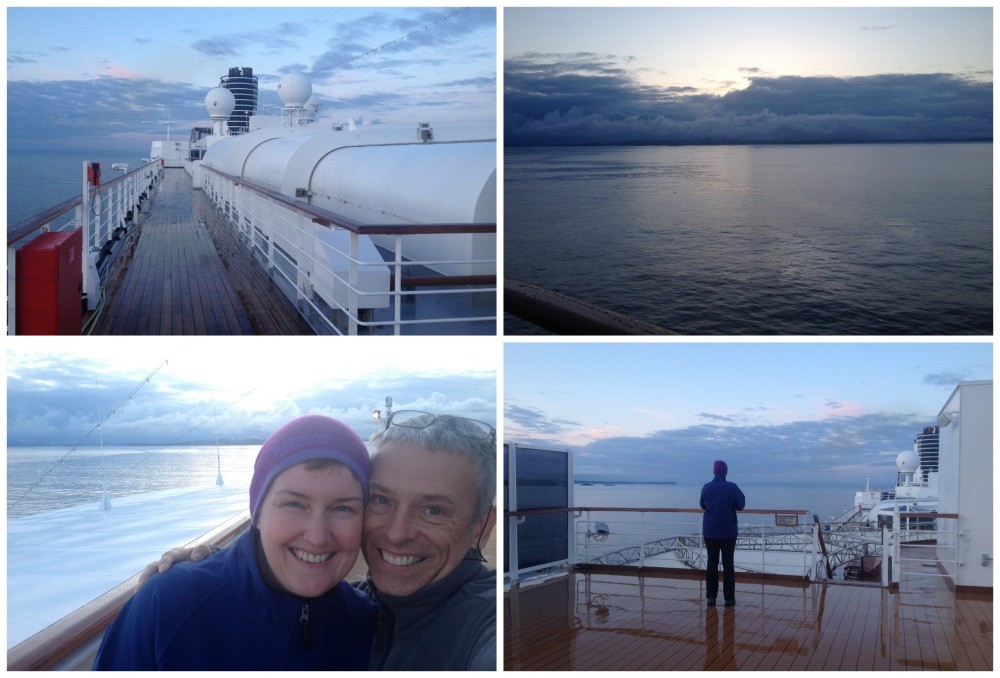 At around 5am the Oosterdam was like a ghost ship

Being up so early the Oosterdam is like a ghost ship, everywhere we went, nobody was around which was kind of strange considering over 2000 people are onboard.

Even at 6am it was like a ghost ship, not a soul to be seen

For the first 48 hours on board Holland America Line ships the buffet “self-service” is suspended and guests must queue up to be served. It all runs quite smooth even though the wait is longer than normal. After breakfast at the Lido buffet we spent time in our cabin watching the scenery pass by from the balcony.

silhouettes from the inside passage

A very picturesque area and the water is so smooth and crystal clear yet unfortunately we didn’t see much activity of wildlife on our way through. The reflection in the water is spectacular as we glide our way through the Inside passage leaving just a few ripples behind.

Cruising through the Inside passage

Moni went to partake in some ‘paper flower’ making while I caught up on some blog posts, you’ll get to see what she made later.

At 10.30am we take a look at the behind the scenes galley tour

It is more of a walk yourself through the kitchen tour. 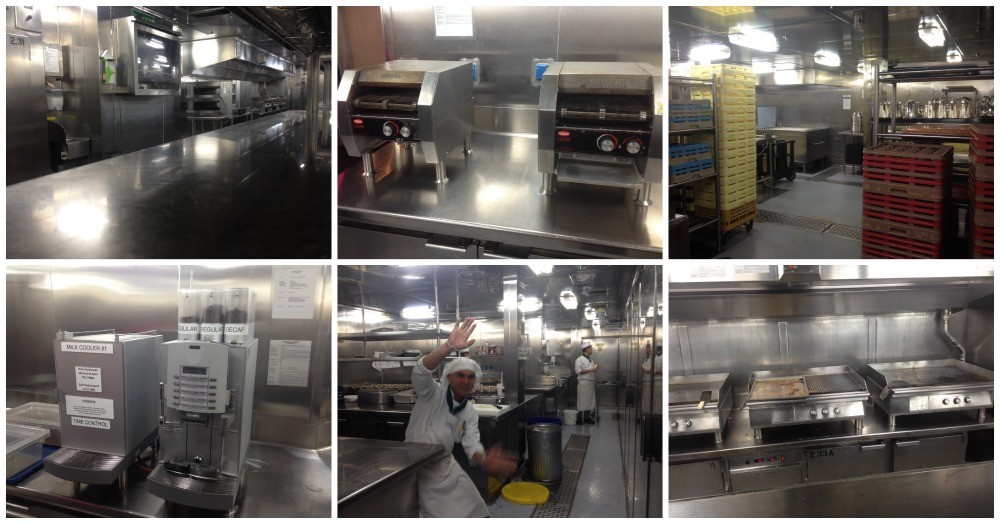 Many of the stations are busy and you can see a bit of what is going on here, there was no commentary on this tour, it’s more like a self guided tour where basically you just walk on through. There was a ‘meet the chefs’ cooking show which we missed because we wanted to see the ‘real show’ which was outside as we sailed up the inside passage.

Lunch in the Vista dining room 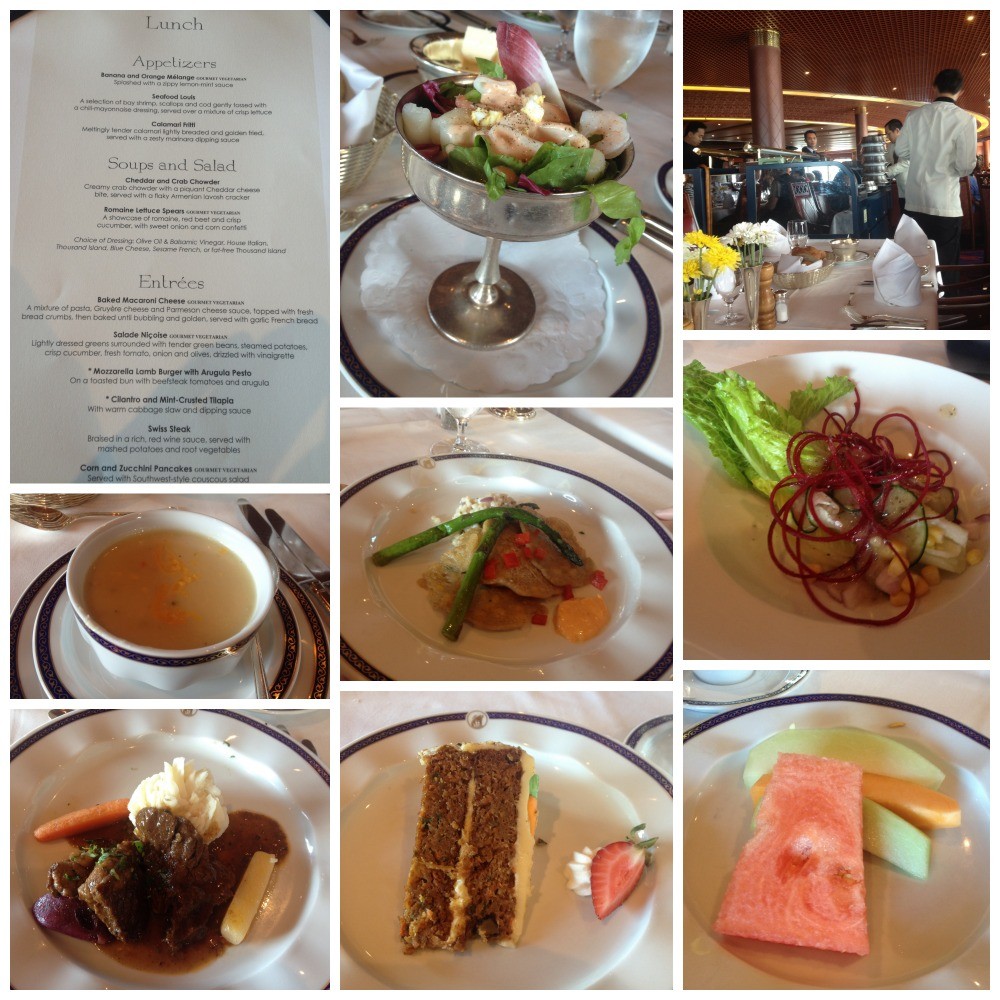 Menu from lunch on MS Oosterdam

After lunch we head back to the cabin for some rest before making ourselves look good for formal night. Check out the paper flower that Moni made that garnishes our cabin door.

Flower decorating our door, champagne on ice, sunset in Alaska

Dinner in the Vista dining room on MS Oosterdam

For dinner we are joined by another couple, Pam & Paul from the USA, a strange couple that sort of hogged the conversation… Rather rude especially towards Kathy & James who sat to our left and were hardly brought into the conversation. 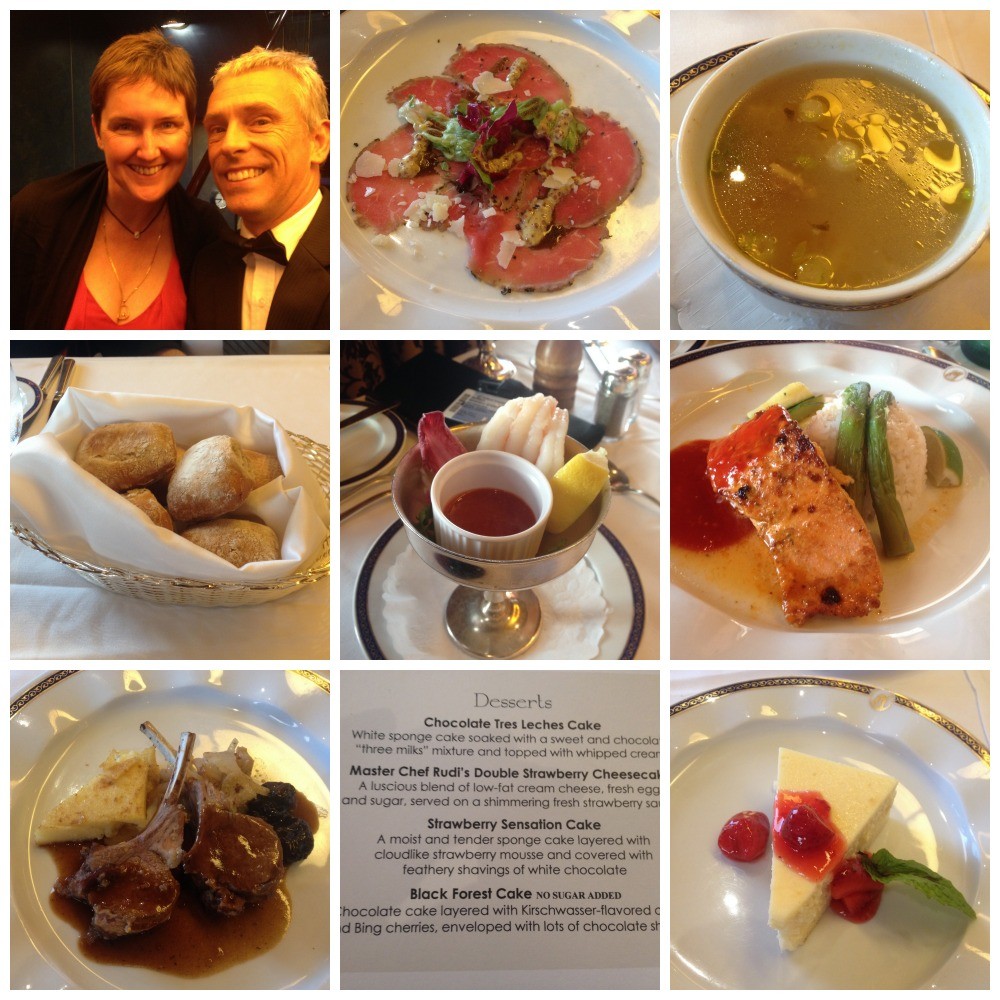 Dinner in the Vista dining room

After dinner we watched the show “Northern Lights” which was very good indeed. The singing was clear and the stage show was very clever with the use of lots of props.

After that it was bed ready for another early start.

Destination – A Glimpse of Seward in Alaska
Cruising the Inside Passage, Alaska
At Sea Cruising Towards Glacier Bay