I didn’t feel a thing as we left Palma dockside which is quite strange as I normally feel some movement of the ship and side thrusters but I slept through and only woke when Moni returned from the gym and to see the sunrise. 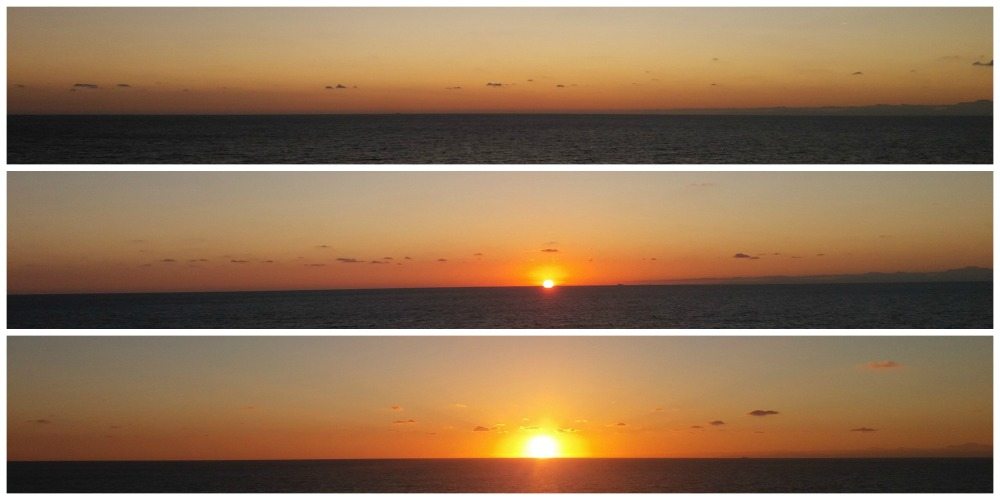 We had breakfast at the buffet once again and then coffee in the Rendez-vous cafe bar where we had to wait and battle a lot of people to find space.

There were passengers with baggage and lines at reception that I guess they were sorting out accounts etc. Crazy really and very annoying for those who want a relaxed cruise, not a floating waiting room! 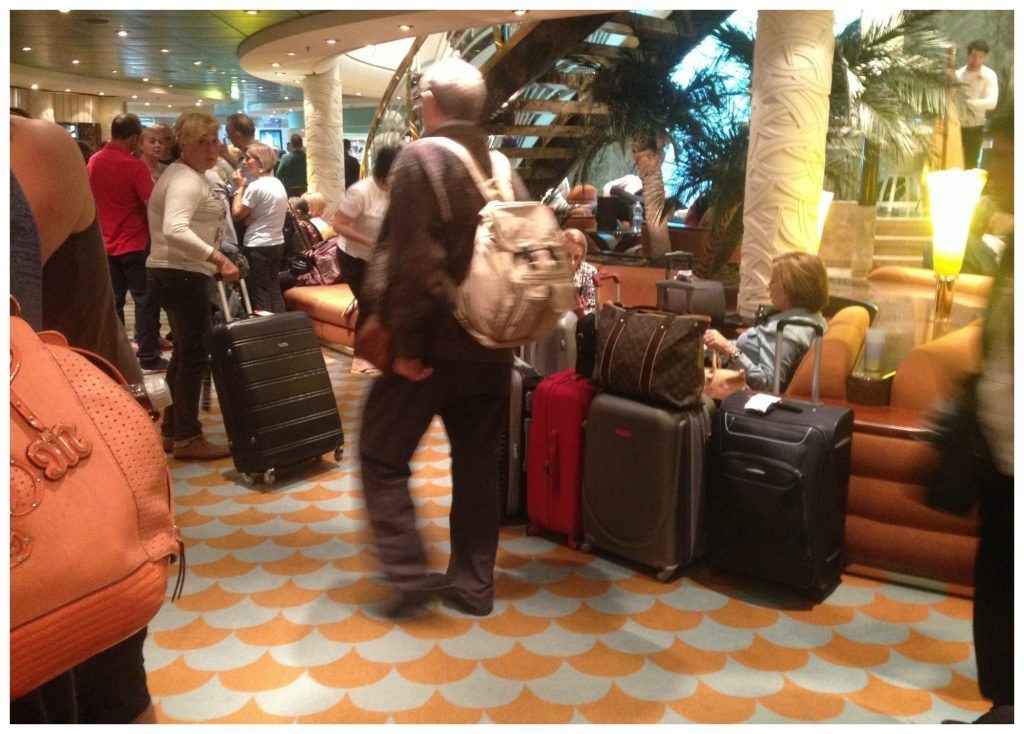 The rendez-vous with its close proximity to the reception areas obviously gets very busy with those just hogging seats and those that actually want to enjoy a coffee in the cafe. It was great for people watching that’s for sure 🙂 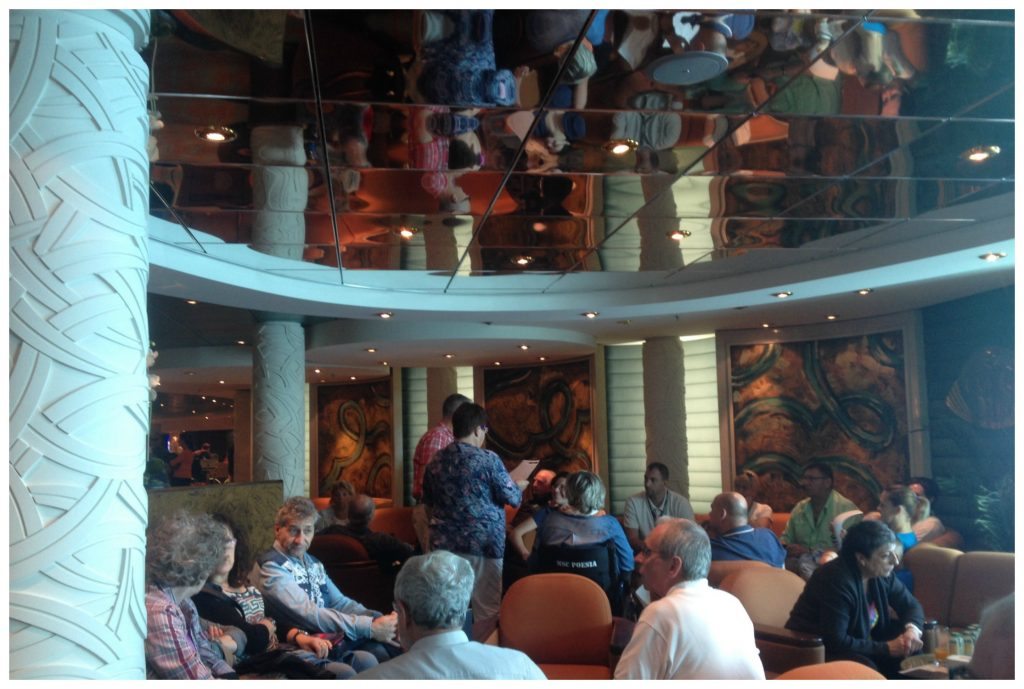 Not wanting to stay sat in the in the cafe we decided to go and play some cards in the card room until we got closer to lunch time and our arrival in Barcelona.

The views from the back of the ship heading in after the ship turned around at the entrance. 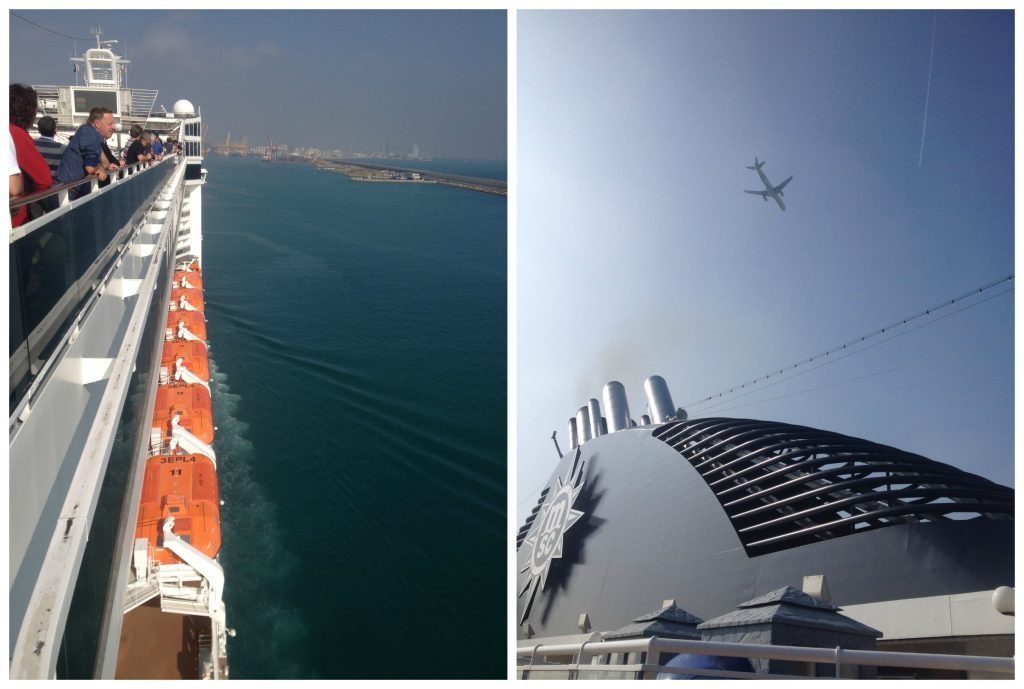 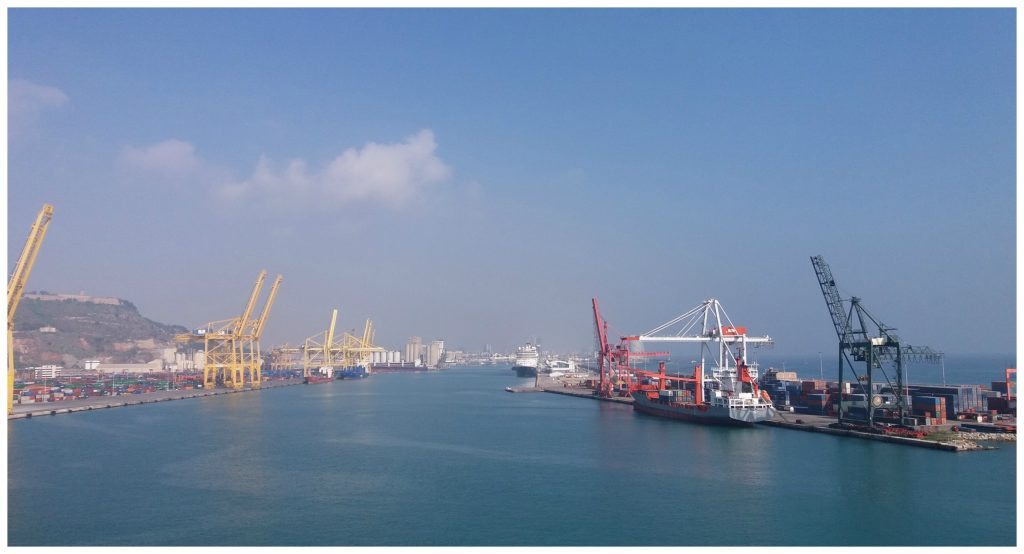 The Barcelona docks are huge that’s for sure and in the distance we could see other ships already docked. 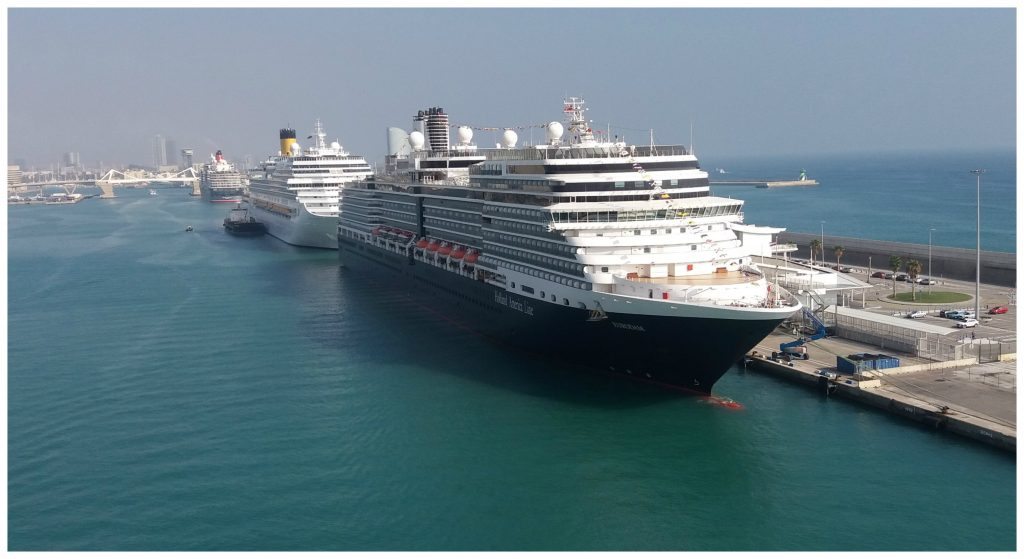 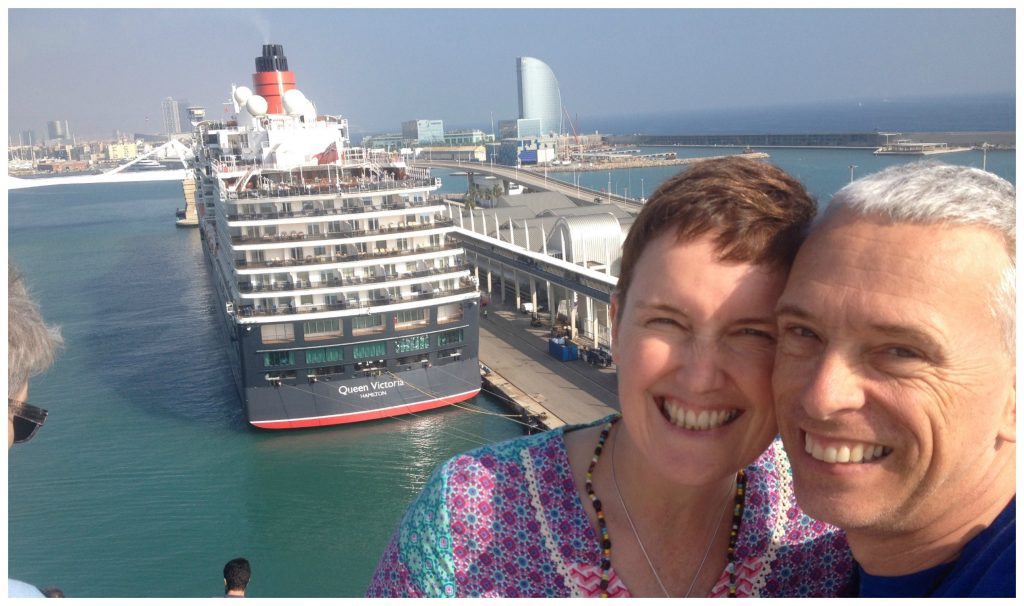 Knowing that we’d be out till early evening we decided on a lateish lunch at the buffet after the cruise into port. 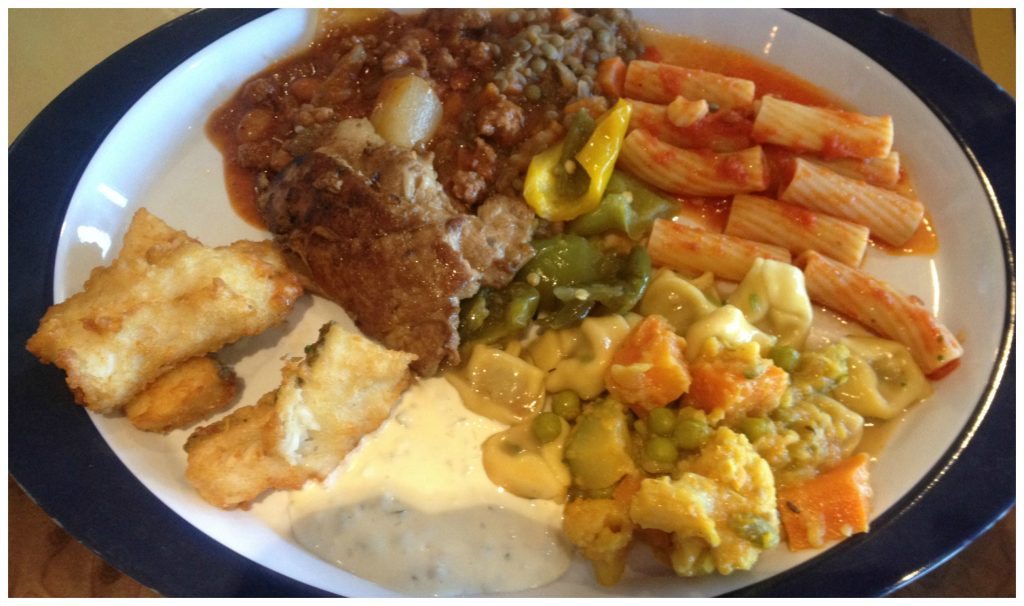 My lunch from the buffet

We made sure that we were ready to get off quite soon after docking which would allow us the most daylight time in Barcelona.

Line of people waiting to get off in Barcelona

The line did move reasonably fast and soon enough we were walking through and out of the terminal building. It looks very nice (terminal B) with a baggage carousel like at the airport for the luggage.

Once outside we joined the line waiting for taxis which moved along real quick with lots of cabs coming and going, and soon enough we were on our way to the center of town to catch a hop on hop off bus tour.

The taxi cost 16 euro to get us to Plaza de Catalunya where the hop on hop off bus tours start from. By the way, once again the ship offers a shuttle to the placa Carbon return for 8.90 adult & 5.90 children.

Taxi ride to the city center

And so the tour of Barcelona on the green route begins, these are some of the photos we took. It was certainly pretty cool up top even though it was a reasonable day, so be sure to take a scarf or beanie.

Barcelona hop on hop off tour

As soon as we got moving we wrapped up warmer than in this photo.

Barcelona hop on hop off tour#2

The tour has two routes one green the other red. They both start and finish here at the Plaza Catalunya.

Barcelona hop on hop off tour#3

The tour costs 28 Euro per adult and includes both green & red routes, each route takes approximately 2 hours and the busses run every 5 to 25 minutes depending upon season. Not that they stop running after 7pm in winter & 8pm in summer, so go as early as possible.

Barcelona hop on hop off tour#4

The green route took us just under two hours without getting off, so a good day could be used up doing both the east & west routes on this bus.

We decided on the red route as it stopped at the Gaudi church, which is coming up soon. 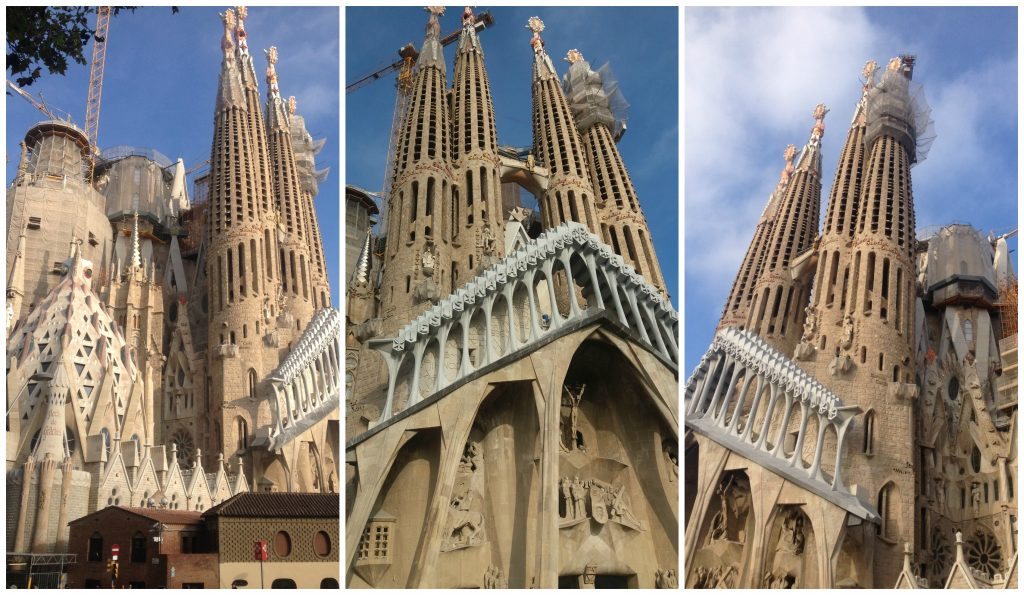 Most people got out here and plenty got back on. 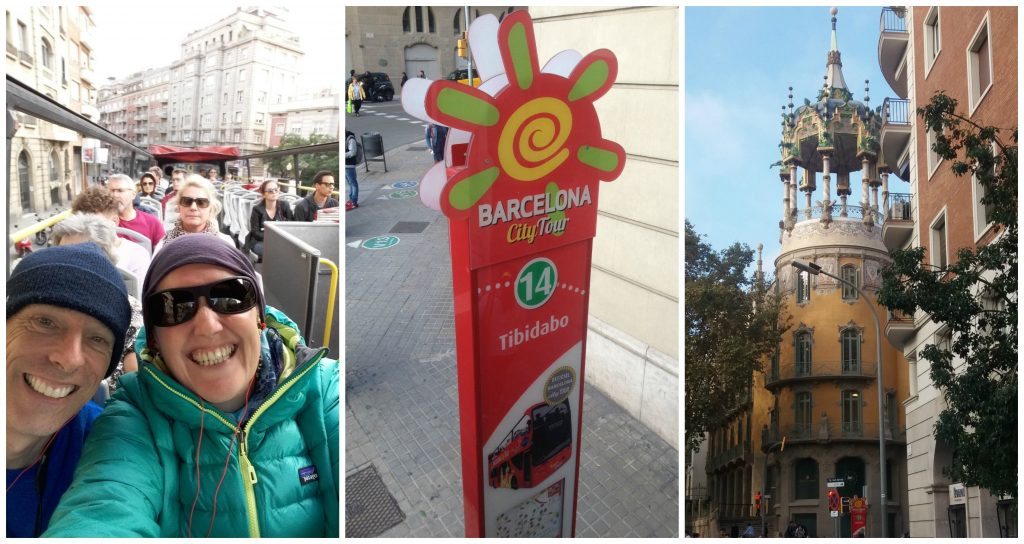 Barcelona hop on hop off tour#10

Returning back where we started we got off and went straight to the cafe Zurich and had a coffee to warm up before walking the La Rambla. 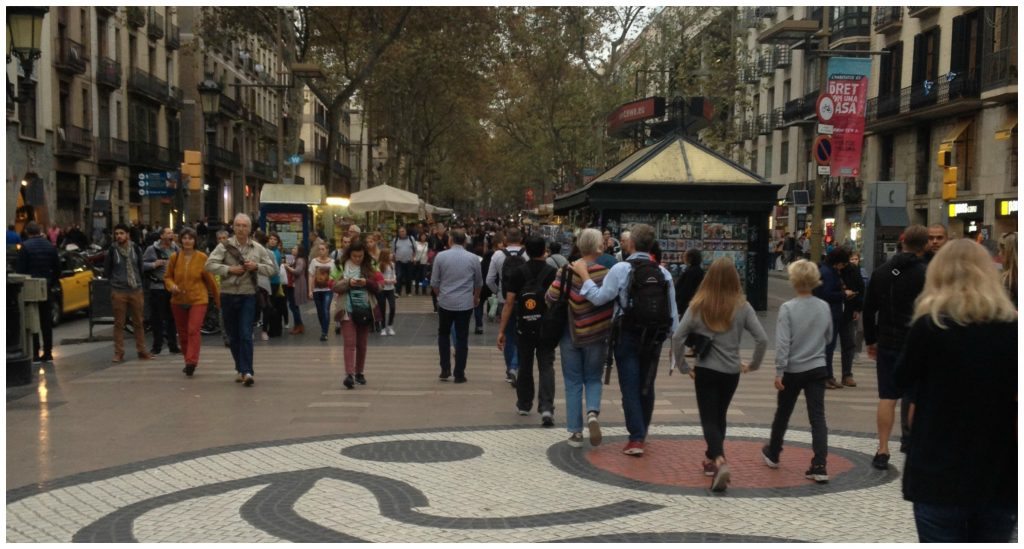 After walking to the end of La Rambla we caught a taxi back to the terminal for 10 Euro just in time to see the Costa ship leave port.

MSC Poesia at terminal B in Barcelona cruise terminal

Once back onboard we were too late for our 6.30pm dinner and instead had a meal from the buffet, which surprisingly had very average choice.

From here we moved to our favourite wine bar for drinks and at 11pm we watched as we eased away from Barcelona leaving only the Cunard ship in port. 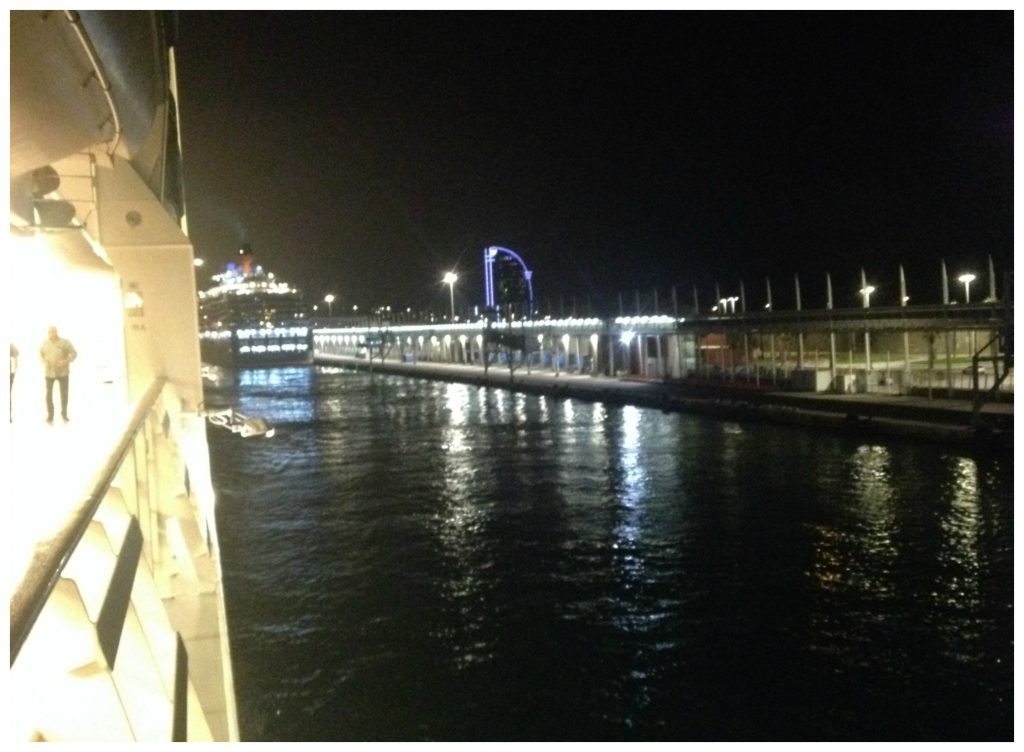 We depart Barcelona in the dark

We’d love to hear from you, tell us about your experiences on the Poesia or any other MSC cruise ship that you’ve been on.

How would you rate the Musica class ships? What’s your favourite place onboard the Poesia? Would you book again with MSC?