Today we get to start the second cruise of the Odyssey aboard the Celebrity Millennium cruising from Yokohama (Japan) to Vancouver (Canada) via Hakodate and Muroran in Japan and Petropavlovsk Kamchatka in Russia.

Checking out of Hotel Jal City is a breeze as I had paid in advance, the front desk phoned for a taxi big enough for all our luggage. Within a few minutes one arrives, the luggage barely fits and the driver has to hold the boot closed with a bungee, mind you he did have some private gear in there as well.

The ride is only short and we could easily walk it, but not with all our gear, especially when turning up to go on a cruise looking all sweaty. I did see plenty of people walking with the odd suitcase, but nothing to the magnitude of what we have.

Check-in at Osanbashi in Japan

Osanbashi terminal is busy and thankfully there are plenty of helpers, our bags are taken from the cab onto a trolley and after we pay the driver it’s pushed in towards the bag drop off area. This is well organised, they take your bags as long as the tags are on and they go on a conveyor belt to the next level down where they get packed into containers that are then fork lifted in to the ship.

Something was very noticeable the moment we entered the waiting area. No longer were we surrounded by very polite Japanese people, but rather the loud and over the top westerners, some happy and others darn right rude, oh well, my dreams that the world had become a respectful place full of polite people, was just a dream.

Bag drop off and waiting in Osanbashi cruise terminal

As for us, we have to queue up (a long line) for the basic health paperwork, nobody really knew what we were in line for so I did a quick look around and sussed it out. Once we get our paperwork we sit down and wait.

Unfortunately the Celebrity Millennium’s previous voyage had a bout of the dreaded Norovirus and the entire ship is having a major sanitation, what this meant for us is that our scheduled boarding time had been set back a couple of hours, and even then once you board we must wait for clearance that the staterooms can be accessed.

Some people got a bit ancy while others take it easy, what can you do, no point in getting annoyed. Eventually we get to pass through security and collect our cruise cards at check-in which is smooth, the lady who served us was very taken when we spoke a few phrase to her in Japanese, then it was a short walk out over the gangway and onboard we step.

With cruise cards in hand, we made our way to the ship. very excited as per normal. As soon as we step on board champagne is offered, the only thing is it causes a bit of a bottleneck in the entrance area, plus a bit awkward with bags in hand, good job we decided to off load everything except a small rucksack. I think normally if we’d be going directly to our cabins it would be all fine.

Our first visit is to the cafe on deck 9 for some lunch, considering we’ve had nothing since early morning. Due to the extra sanitation precautions the buffet is not-self serve, you are served by the waiters and chefs. It slows the process down a lot and again many people are ancy about it, never mind the problem of bacteria spreading fast on a ship, some people!!

Oceanview cafe which is the buffet, with the view from our table

The buffet at the best of times can be rather daunting, add to that everybody’s bags and the ‘being served’ thing just added to the situation. Many stations and tables were totally covered with messy plates etc, at first I thought they were short-staffed, but that was not the case.

We find a table and enjoy our lunch while talking to the lady and husband on the opposite table, it’s so easy to have a conversation with people onboard we all have the same cruise desire and it’s great to hear tips etc.

The cleaning of tables was very slow, which was disappointing and not expected after hearing good reports. The first signs of a crew that are working to the max is noticeable, a bit like a busy restaurant with short staff issues, tables are left with plates on for a while and even when cleared the clearing station looks like a bomb has just hit.

Eventually the staterooms were ready for all passengers to access, a relief to both passengers and crew.

Moni needed her nails doing and took this opportunity to book in and have them done right away.

Moni at the spa getting her nails done

I went off to explore the ship.

$92 dollars later and Moni has great looking nails again. At 3.30pm we are allowed to enter our cabins, and we make our way to the stateroom 6093 midship port side.

Walking along the corridor we find our luggage already delivered. I unpack and hang up our clothes. A knock at the door and our steward introduces himself. After a while checking out our cabin we must partake in the obligatory evacuation drill which was very civilised not having to actually take your life jackets to try on, just to gather at your muster point and pay attention. Our muster station was in the Michael’s Bar. 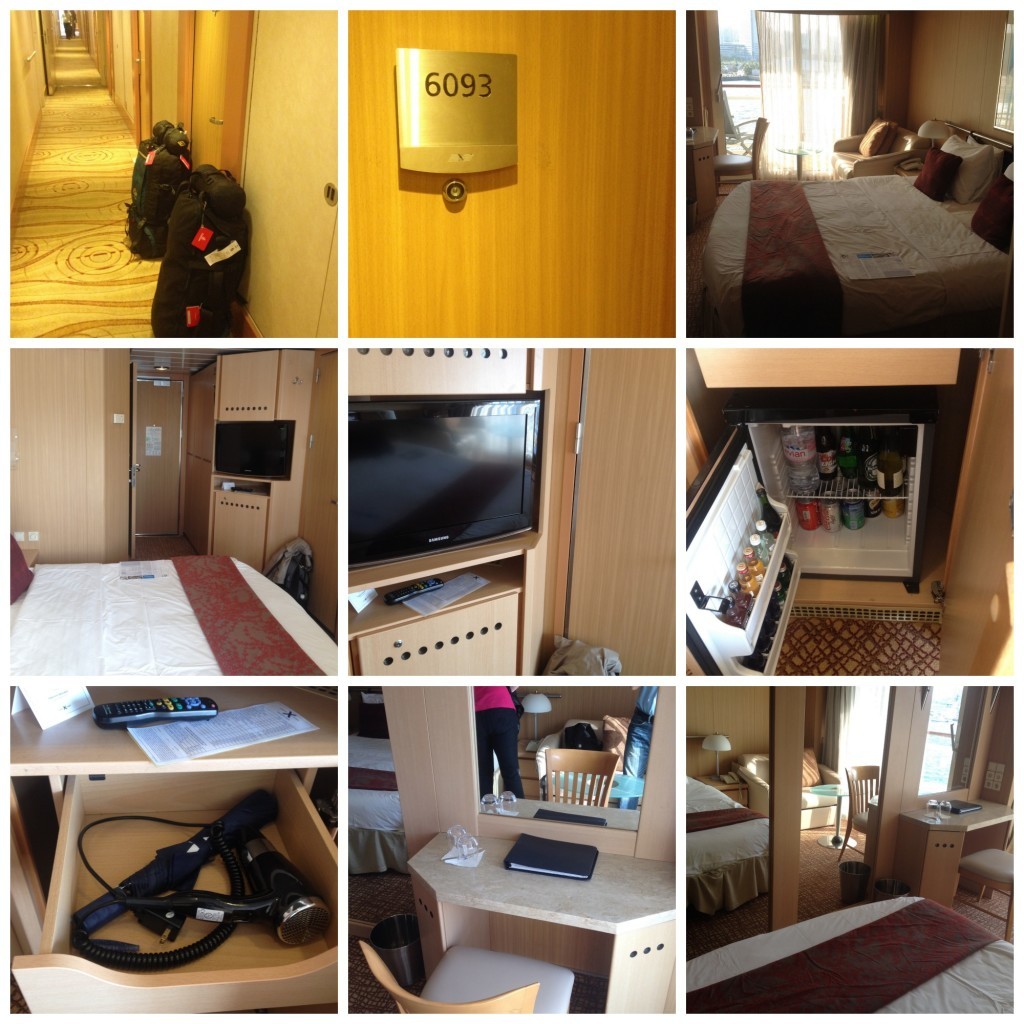 That was just the main room, lets check out the bathroom and balcony. 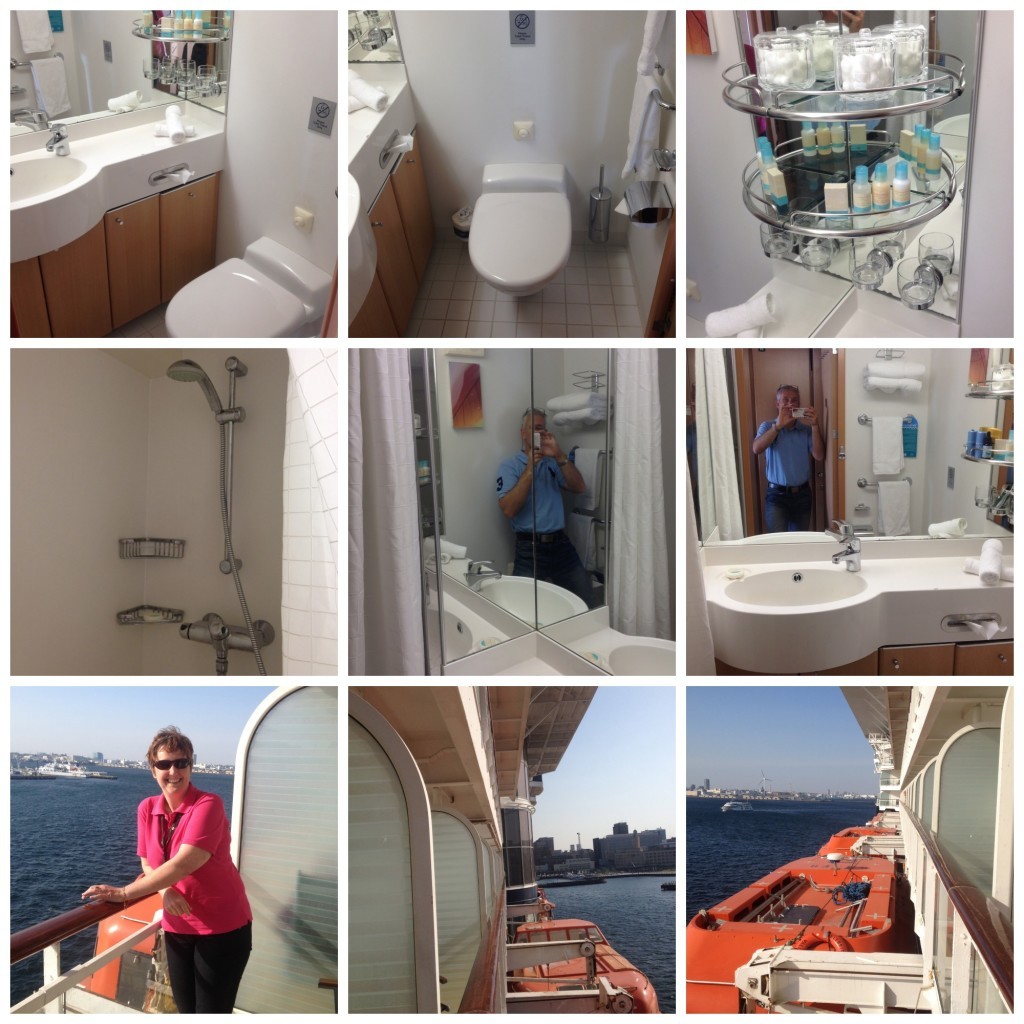 The bathroom and balcony of stateroom 6093 on Celebrity Millennium

After that, we sorted out the Internet package from the iLounge on deck 6 just along from us. The Internet prices are not cheap, (FILL IN THIS)

Celebrity iLounge is a dedicated Apple retailer at sea

Next up we had a coffee in the Café al Bacio, the first coffee of this cruise was great and you can also choose a cake slice or a sweet from the selection each time you have a coffee or tea. 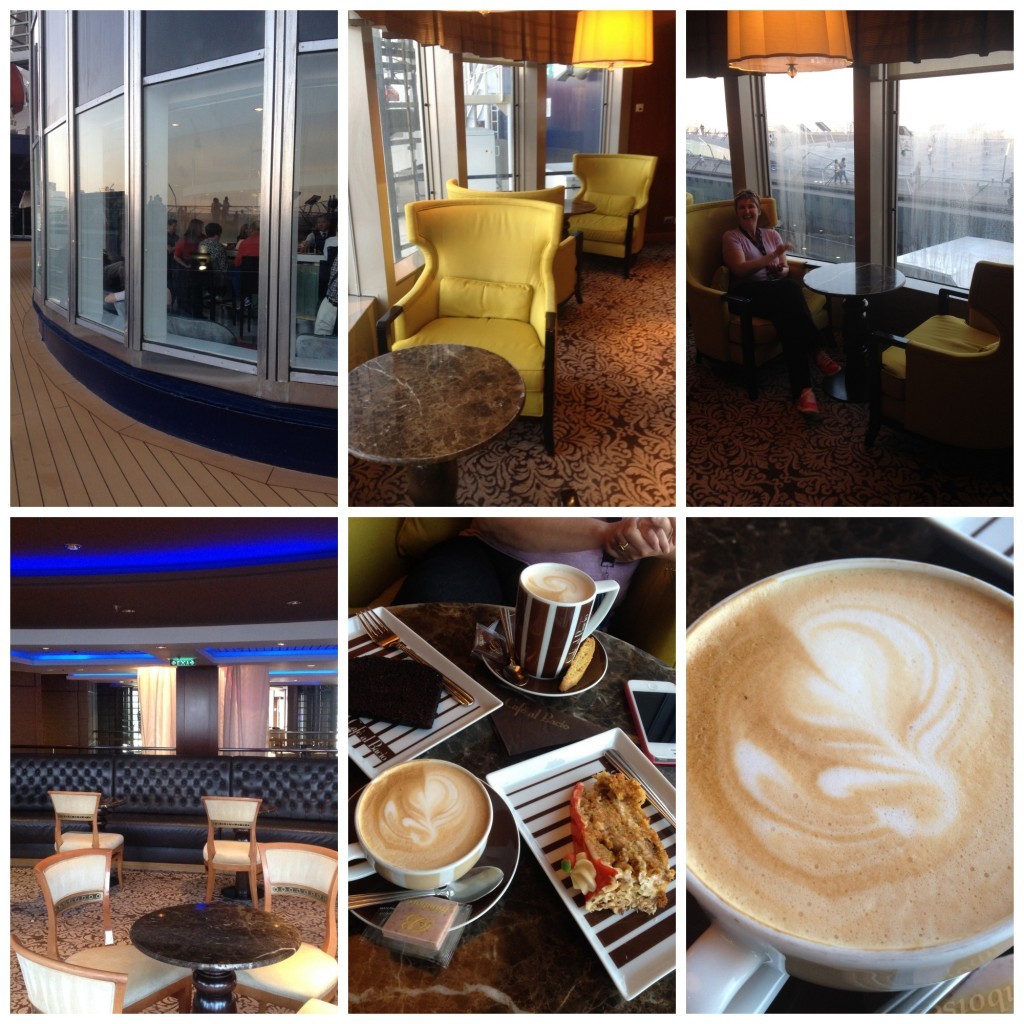 Coffee and cake at the Café al Bacio on Celebrity Millennium

Dinner in the Metropolitan MDR

8pm is sail-away time and we watch as we say goodbye to Yokohama. It’s not quite leaving Japan just yet as we have two stops in northern Japan before we make our way over to Vancouver.

Next we head to the Metropolitan restaurant for dinner at 8.30pm in the dining room.

This was the late seating dinner and I had chosen a table for eight, however the first night we dined alone. From the next evening on, we shared the table with a couple from Canada and never saw the other table guests the entire 14 days. A shame really as the dinner time chats can be a real highlight if you have fun people. 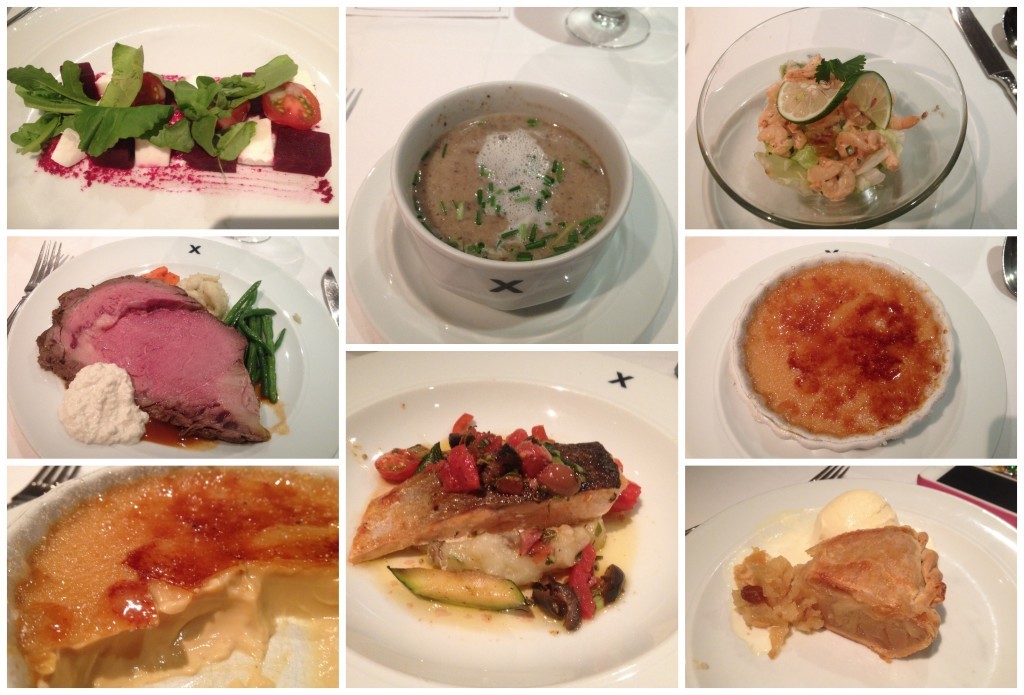 Images from dinner in the Metropolitan dining room on Celebrity Millennium

Dinner was fine, with the creme brûlée being the highlight.

Having the late sitting is a little annoying as the show times don’t match the dinner times. The early seating can see the late show and the late dinners have to see the early show. I much prefer to watch a show after dinner and let my meal settle before its time for bed.