After floating around overnight, we came alongside at 6.30 in the morning on day 5 as we visit the British Virgin Island of Tortola. Tortola being the largest of the BVI with Road Town the capital and where the cruise ship docks. 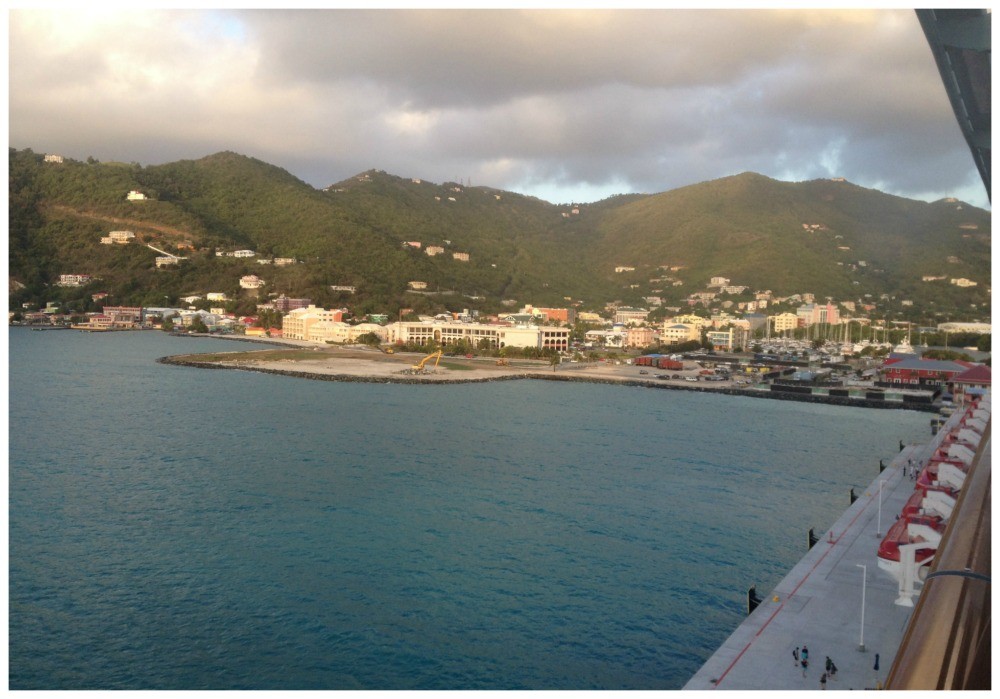 We had about 6 hours to explore in Tortola and once again we did our own thing and took a local tour with some fellow passengers around the island. 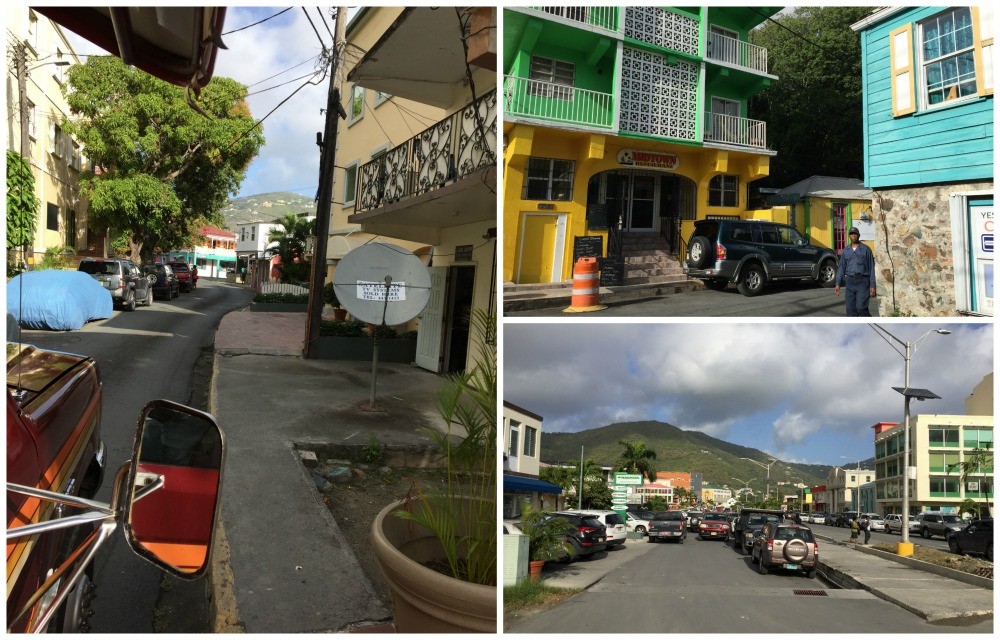 We picked a tour from one of the many guys that are on the pier. It didn’t take long for the 15 seat open air bus to fill up. These buses or vans which are known as “safaris” by the locals, are modified pick-up trucks with bench seating and often a canvas top, the same as what we saw on St. Thomas of the US Virgin Islands. 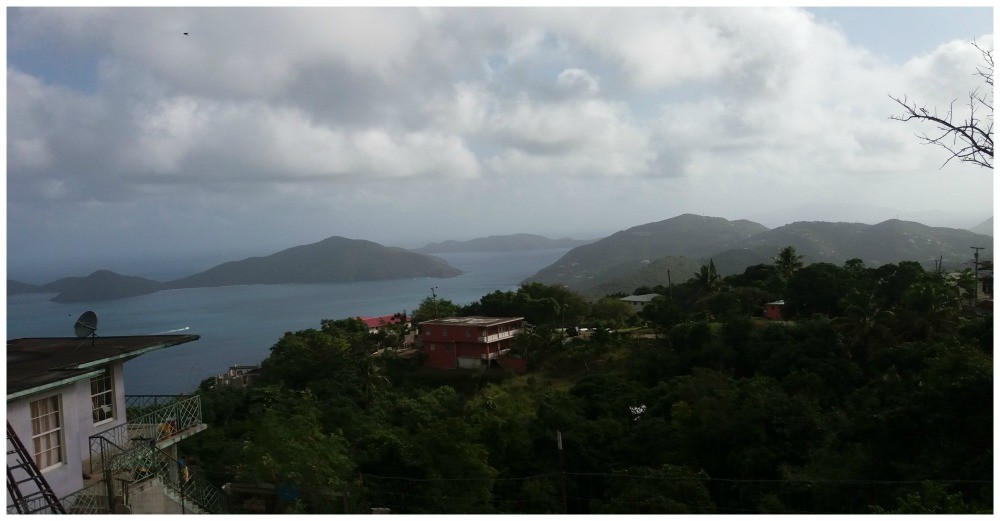 Islands in the sea…

This was our tour bus or taxi known as a “safari”. It wasn’t the most comfortable trip but it worked and had a huge motor. 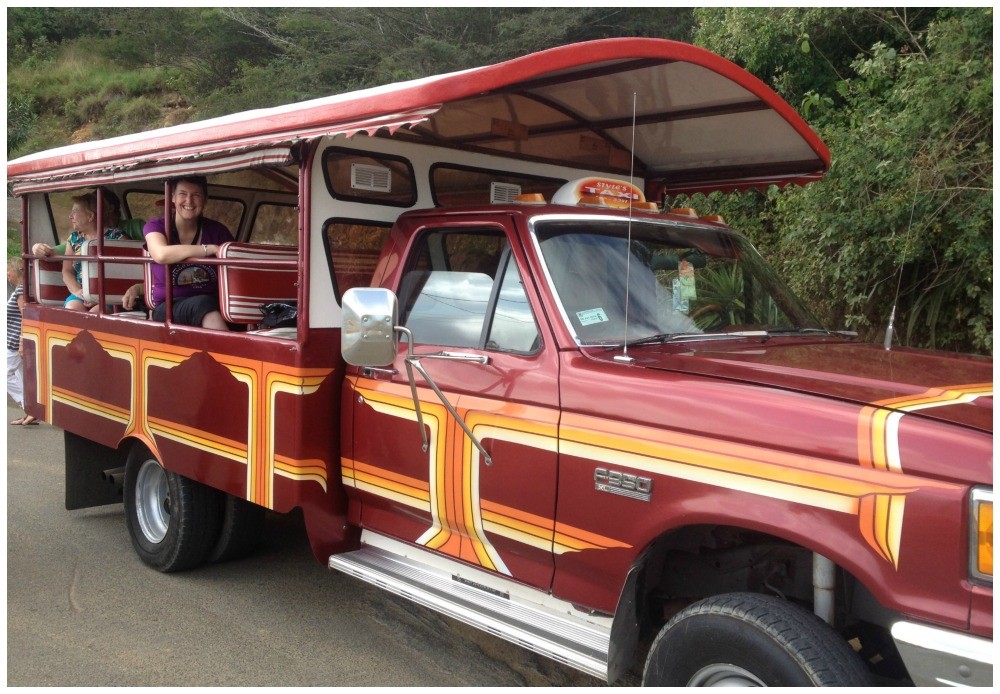 Our driver did tell us where we would be going but I’m not sure exactly where, for us it was like a drive around the island. He did give commentary though the microphone kept playing up.

Basically we made our way up from the port to the highest point which gave us great views over the Caribbean and the Atlantic. 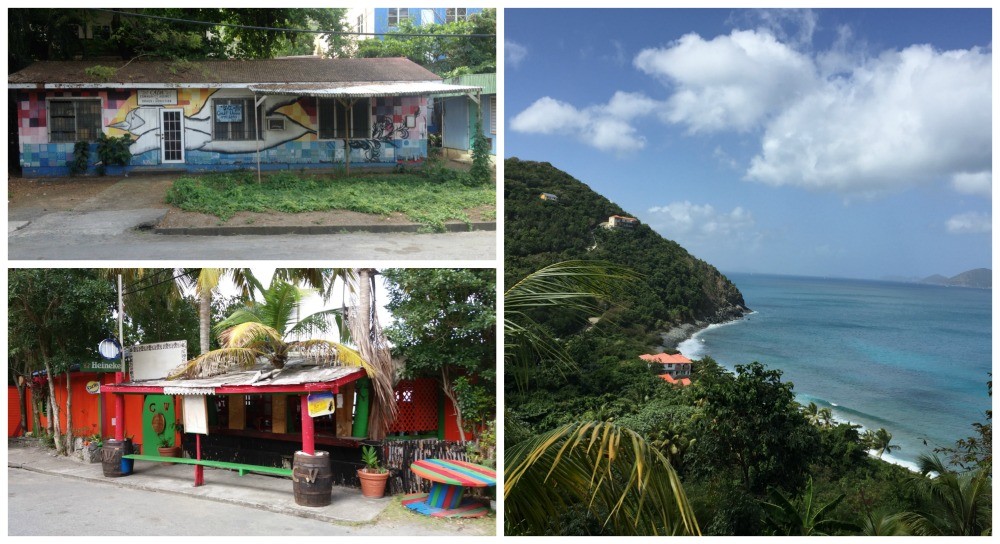 A stop at T&Ds lookout & sports Bar on Tortola 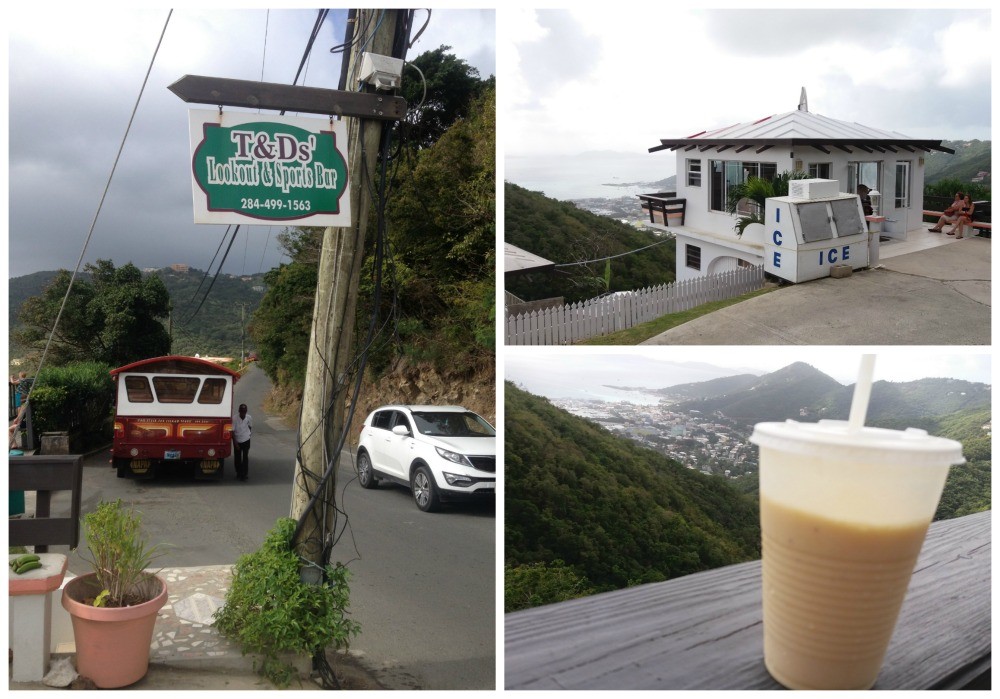 A stop at T&Ds lookout & sports Bar on Tortola

A stop here at this ‘sports bar’ for the toilet and a smoothie if you wanted. Apparently the Sour Sop is most common here and is know for its good health properties. No idea why it is called a sports bar as it had nothing to do with sports or a bar at all.

The views down to Road Town and the port were pretty good. 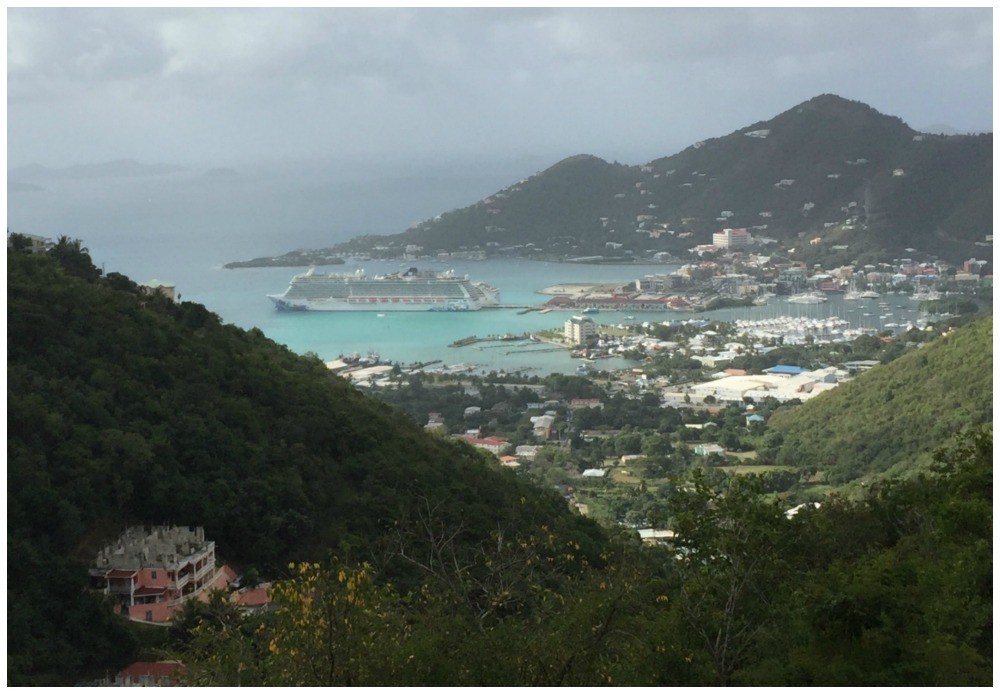 View from the Lookout 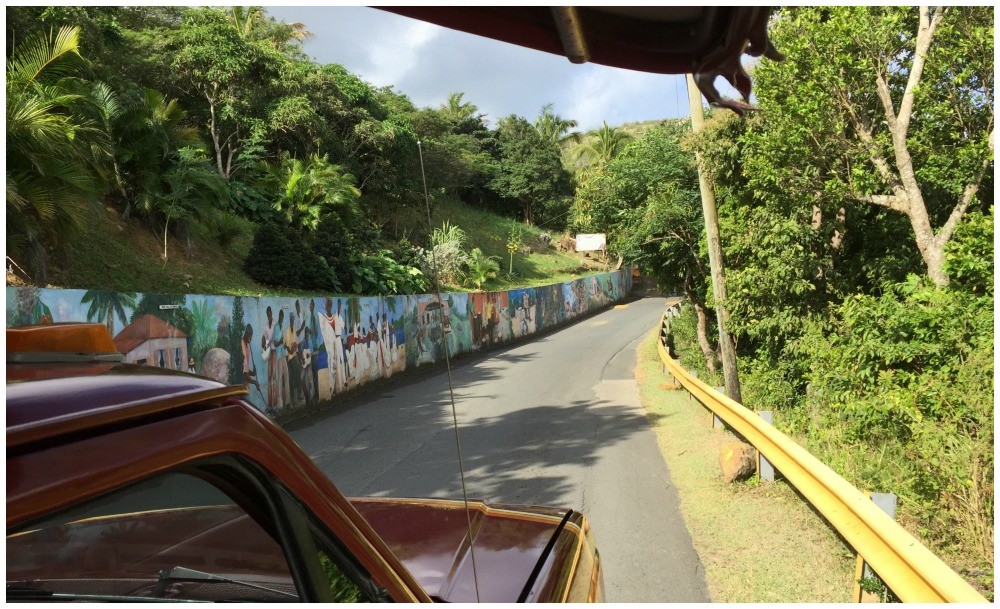 Mural along a wall in lush Tortola island

The drive continued along slowly making our way down again. The island looked very lush and picturesque with homes dotted here and there on the hillsides.

Arriving at Cane Garden Bay beach where we had an hour to enjoy the sun, sand or whatever you wanted, maybe a drink at one of the beach bars or a look at some souvenirs.

The beach here is very nice, the water was warm and the sandy beach clean. You could hire a deck chair if you wanted as well. I splashed around in the water towards the end of the beach away from the crowds.

You could swim here in clear calm waters easily with the sun blazing down or find some shade from the trees.

Next up was a quick visit to the oldest and only sugar cane plantation and rum distillery on BVI where they still produce rum. The 400 year old Callwood Distillery is just one road back from the Cane Garden Bay beach, here you could sample the liquor for a dollar and make purchases if you wanted. 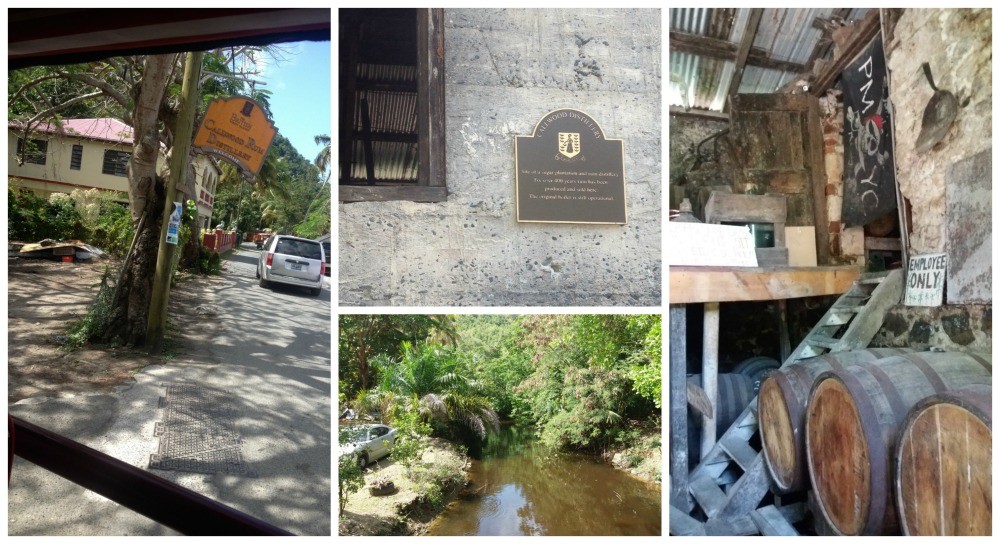 The rum might just be cheaper than the water on the island as Tortola has to import its water, and water stations like this can be found at various places. 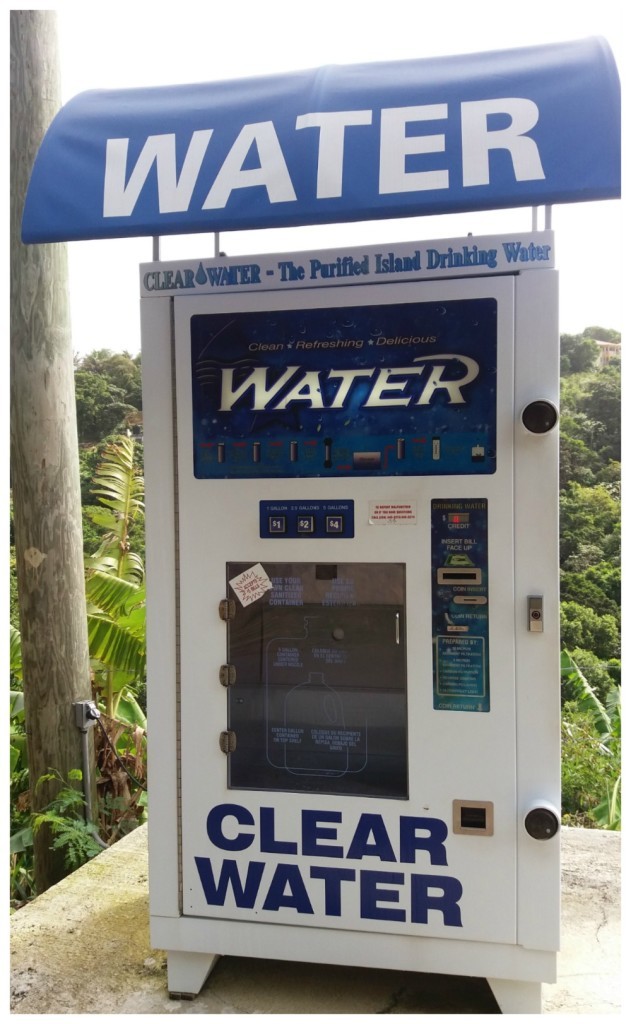 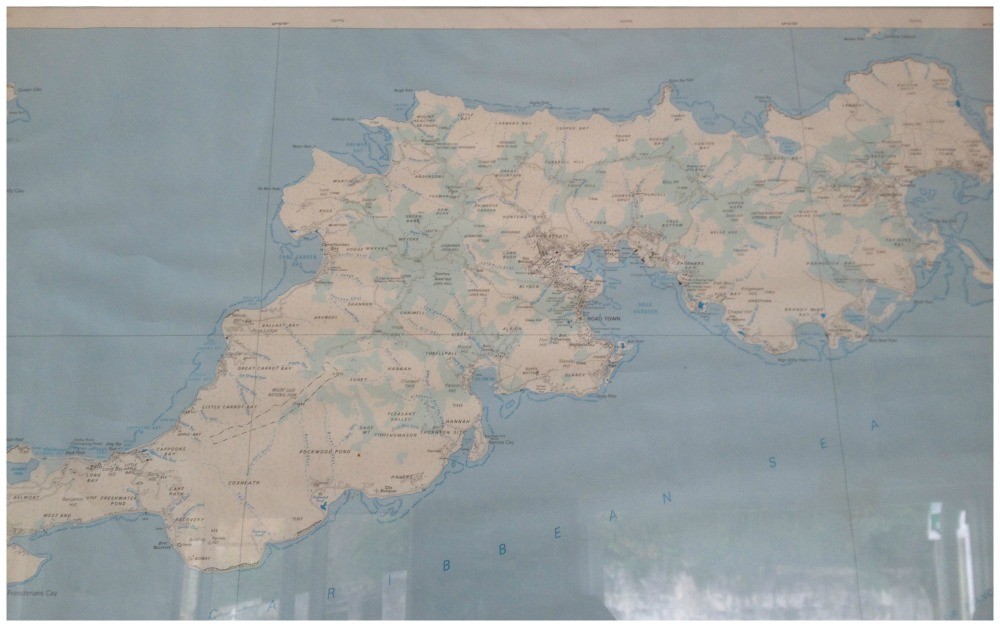 After our visit to the rum distillery we made the drive back to the port, with more views of surrounding islands.

Caribbean islands as far as you can see

Back at the BVI port in Road Town

At the Tortola pier they are currently constructing building for shops etc and no doubt it wont be long before this port is like many other Caribbean ports and full of the gem stores like Diamond International etc. 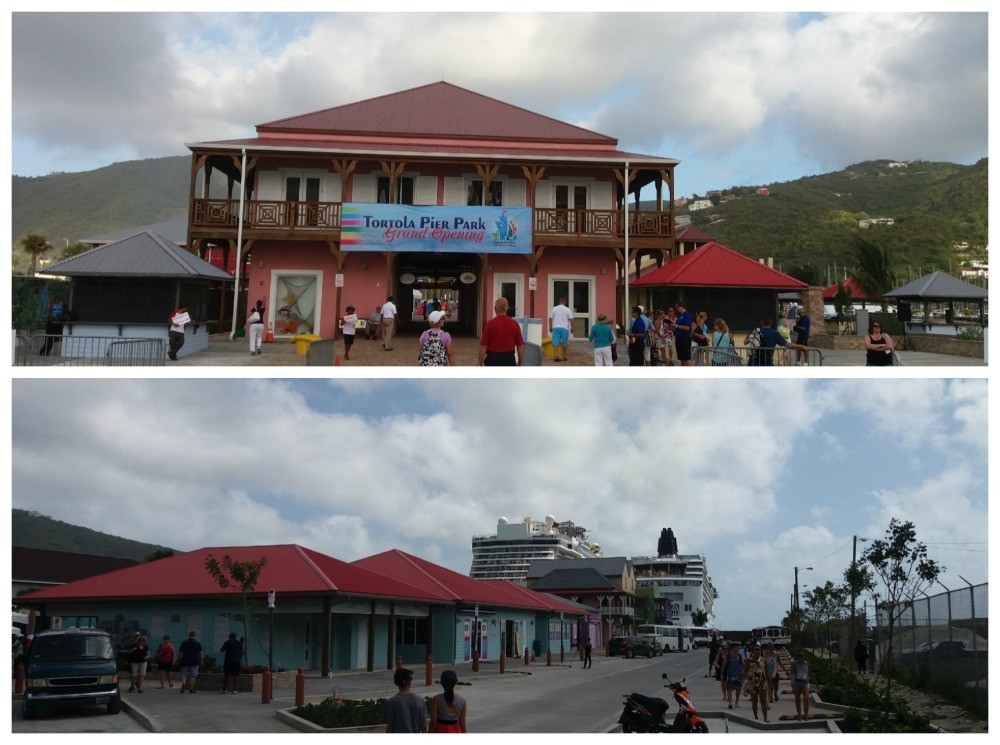 After a scout through a few local stores we made it back on board the Escape ready to escape to our next destination of Nassau in the Bahamas. 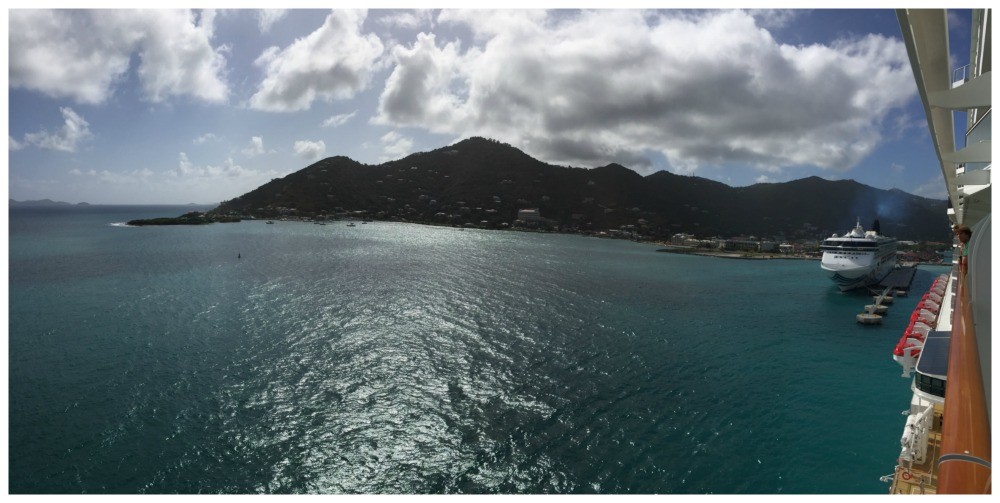 Cruising away from BVI Tortola in February 2016