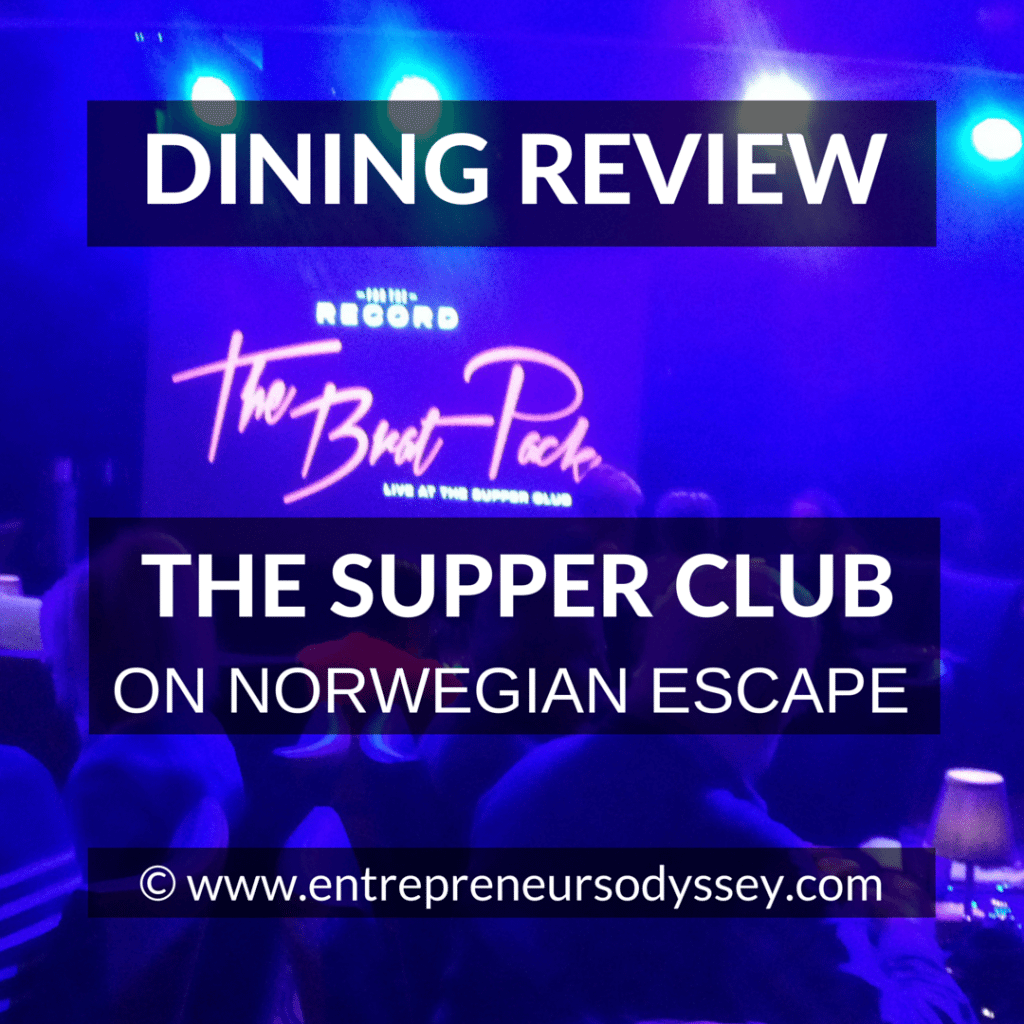 If you’re like we were, not knowing what to expect at The Supper Club on Norwegian Escape then this short review will give you a glimpse at the Supper Club, the dinner & show.

The show that we saw was For The Record – The Brat Pack live at the Supper Club.

This venue is located below the Escape theatre and is a half-moon shape where they offer a dinner and show combo.

Bookings for most shows on the Escape can be made at the box office which is just outside the supper club and open at listed times.

The shows did start to sell out quickly on the first few nights so decide quick and book. You could also make a reservation on any of the touch screens around the ship which are easy to use, and on your smart phone with the iConcierge app.

A look inside the Supper Club on NCL Escape

Inside the Supper Club on NCL Escape 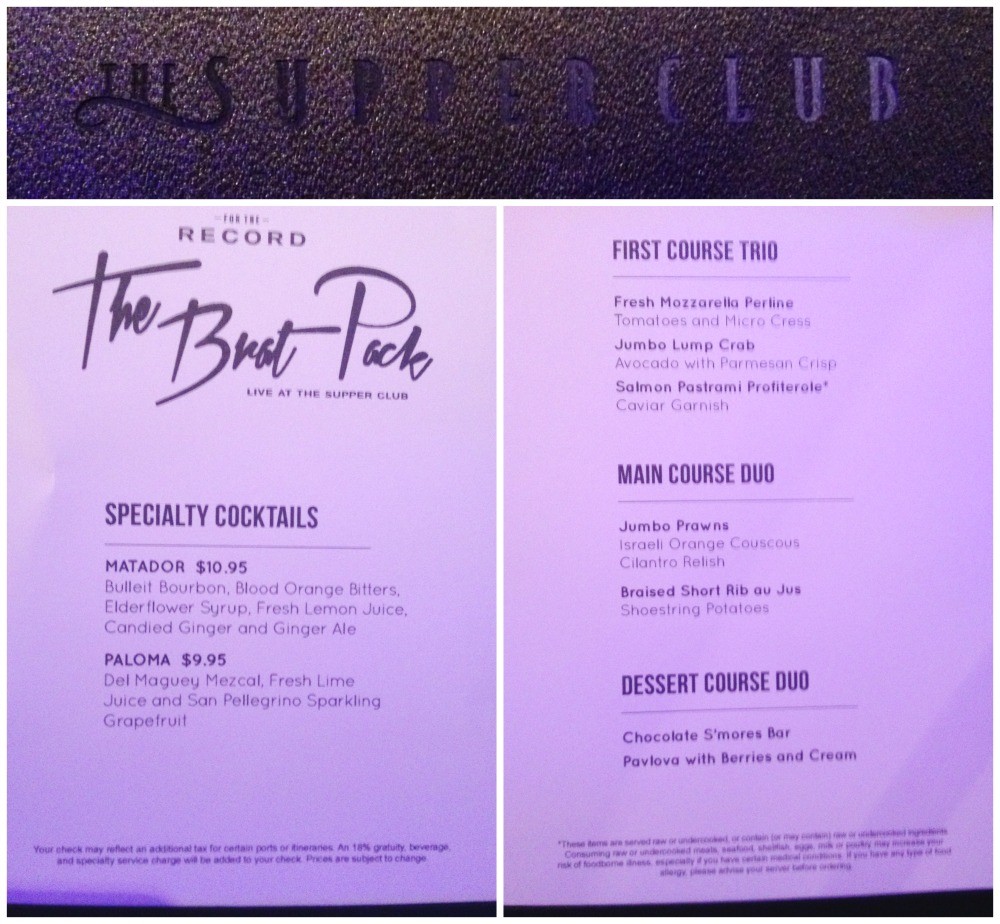 The Supper Club – The Brat Pack dinner menu on Escape

Performers running around between tables…

The dinner was very nice albeit the room was a little dark to see what you’re actually eating due to the lighting to enhance the performance. Hence the photos are not so good.

The actors are very active, this is not a stand on the stage kind of show, expect to have the performers running around between tables (at times with very little on). 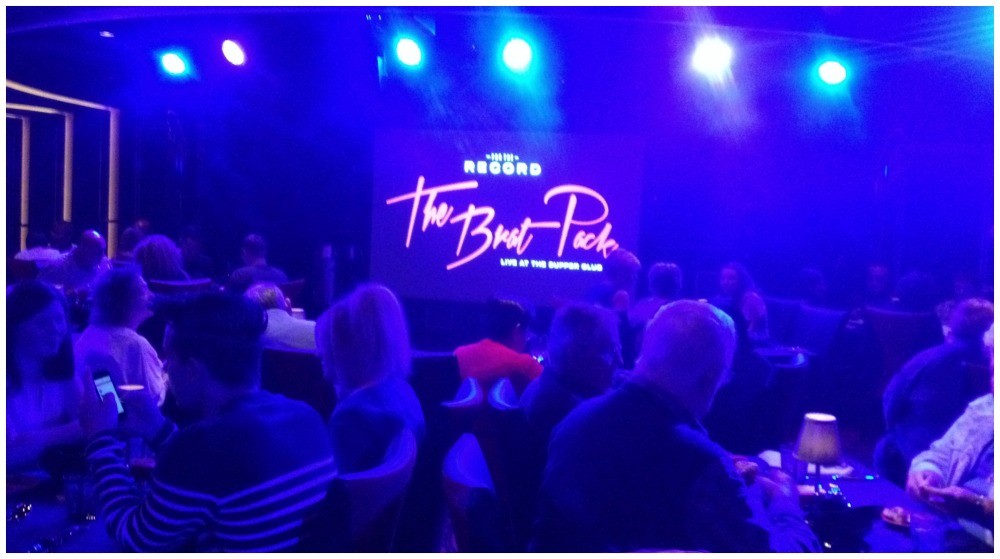 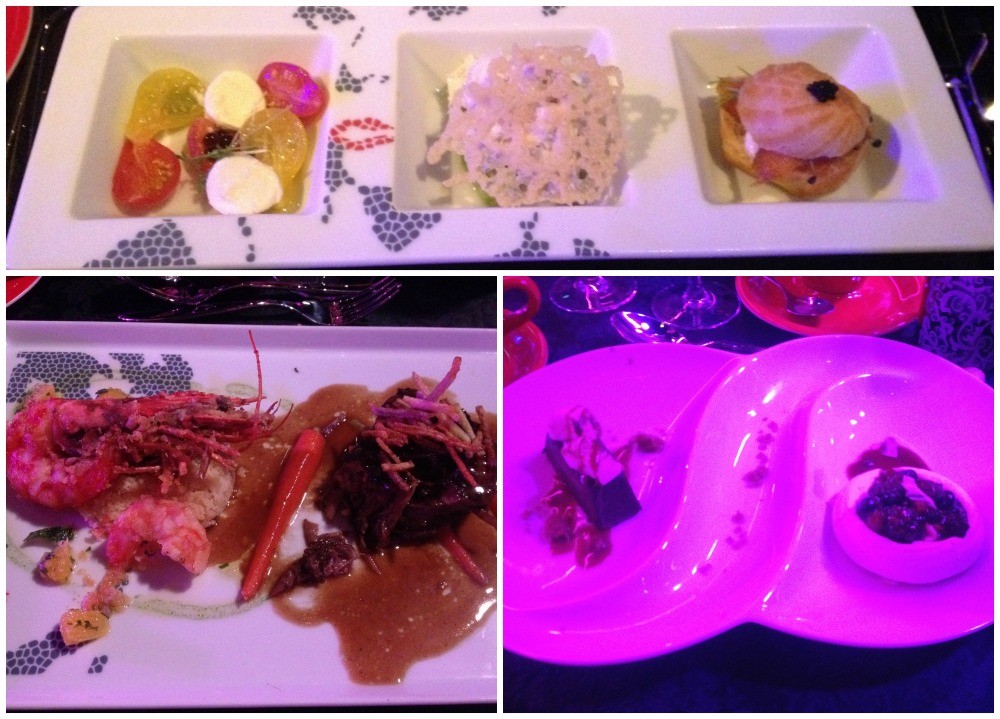 Dinner meals at The Brat Pack show on NCL Escape

The meals were served while the show was in progress but they manage not to destroy the show, it actually works well and runs smooth.

With regards to the main course of braised beef short ribs with jumbo prawns the flavours were great and presentation was good from what I could make out. However, with it being so dark I don’t think that prawns with their heads on are ideal. You really need to see that kind of food when eating.

Some re-thinking of the menu to use a product that lends itself to a very dark room would be in order.

Photography is not allowed during the performance, but without any pictures to show you’ll just have to see it for yourself. If you like the music from the 80’s then you’ll love this show. The performers were very good and full of energy, they have a well rehearsed show and they presented it with gusto and passion, both Moni & I said we’d go again.

There are other shows at the Supper Club available which we didn’t get to see but were recommended by people we met. You can read more about our Inaugural Transatlantic cruise on the worlds newest cruise ship by following that link.

Have you seen the Brat Pack live on Norwegian? What did you think of the Supper Club? Do you like to have dinner & show combos? What about the fact that you need to make a reservation for shows on the Escape? Tell us your thoughts in the comments below, we’d love to hear from you.

Have you heard about the main dining rooms on the Escape? The next review is of The Manhattan Room. 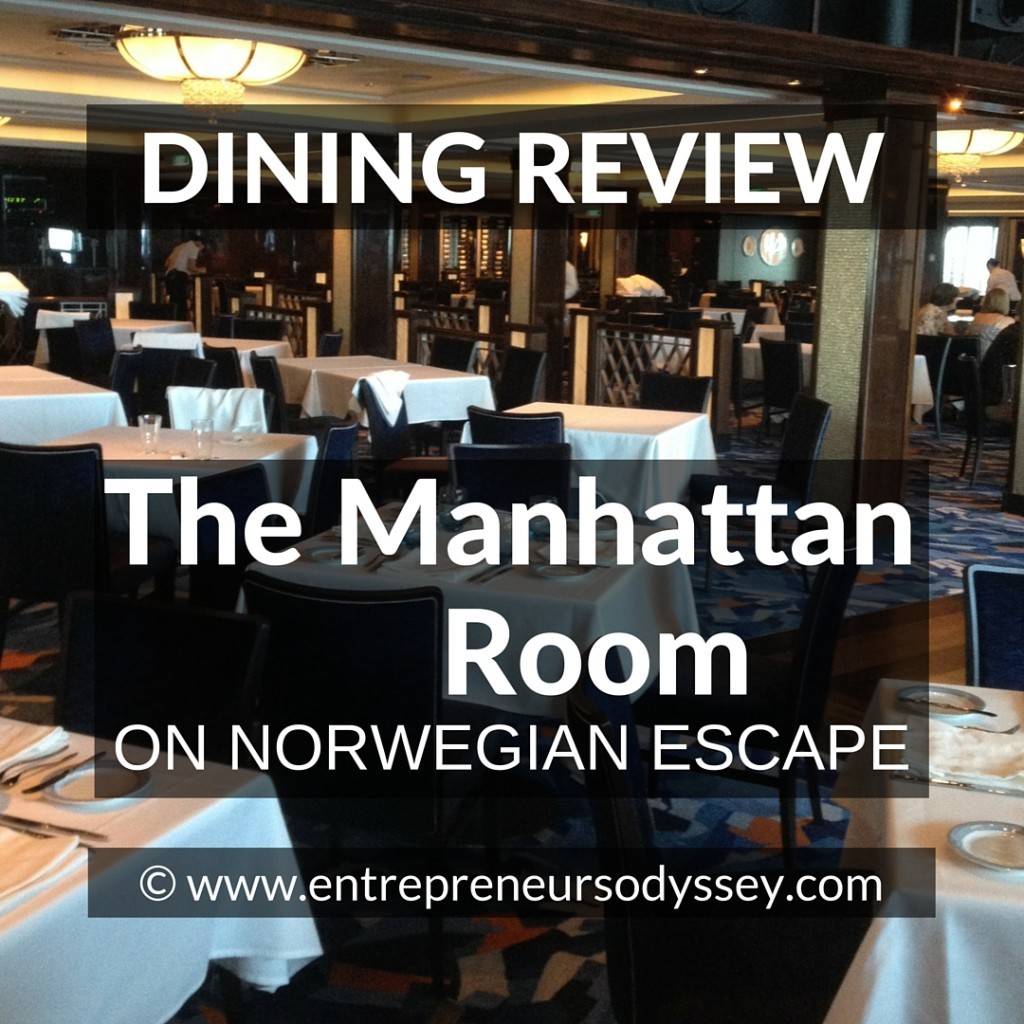 Dining review of The Manhattan Room on the Escape