We decided to stay at Hostal El Hangar which is possibly the closest accommodation to the Medellin International airport. 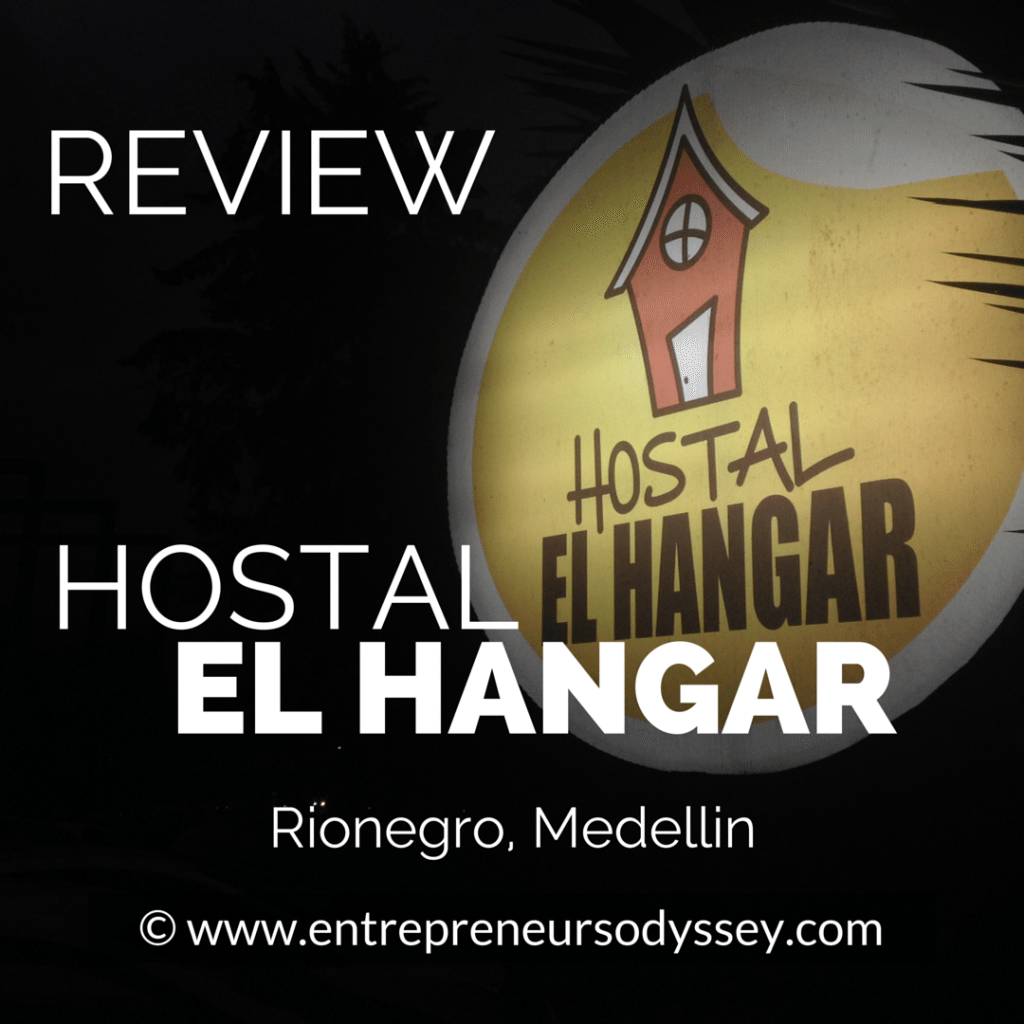 Normally we would have stayed in the apartment in Envigado where we live when here, and would have got up in the middle of the night and taken a taxi to the airport to get the early departing flight with Jet Blue.

However, with the time change in Miami we’ve lost an hour with this flight. With the thought of getting up at 2am to hopefully have a taxi to the airport, we decided to look for a place near to the airport which would allow us to sleep a little longer and save the hassles of being sure to get a taxi at 2-3am. 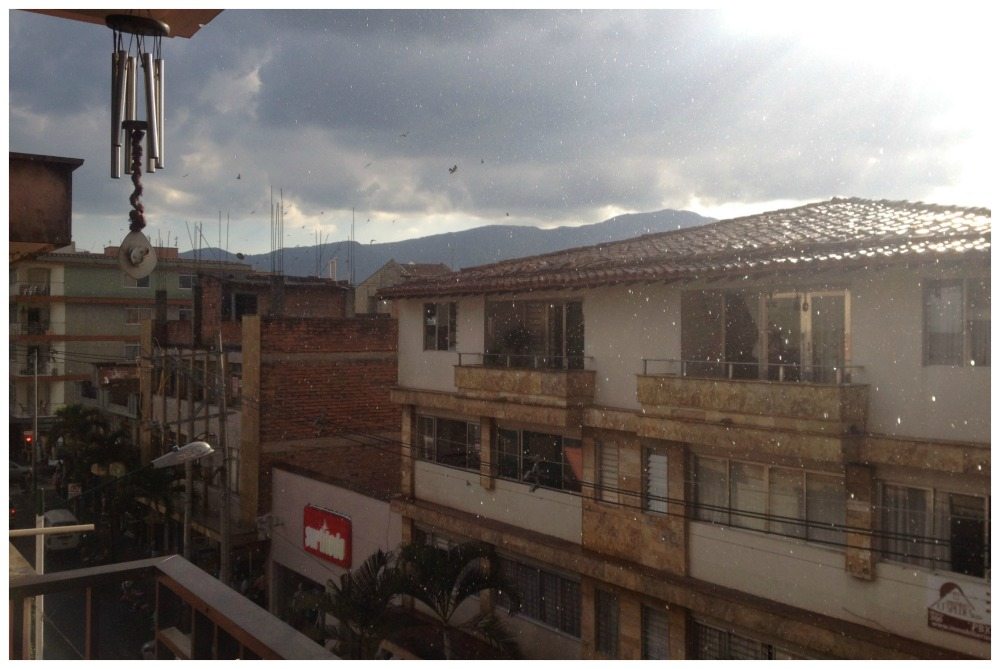 Just starting to rain in Envigado

Our good friend Mile arranged for a taxi to meet us at the apartment at 4.30pm. The driver was right on time.

The weather had been beautiful all morning and lunch time, but as soon as we wanted to load the taxi, the heavens opened.

It bucketed down, torrential rain and hail. Eventually it eased and we were on our way. Tree branches were down, a car showroom had its windows smashed and sun shade ripped off. Strange thing was, I never even saw it coming. Probably too busy doing last-minute things to have noticed. 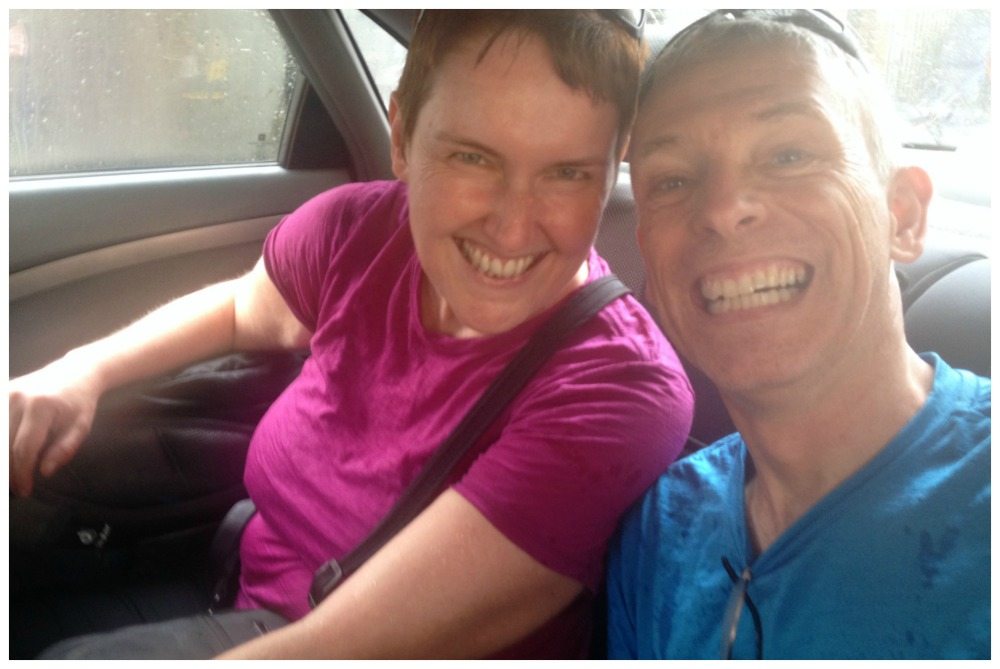 In the taxi leaving Envigado

Anyway, The drive to the hostel took a bit longer than normal, but we had no rush, the room was booked. Arriving at the hostel we checked in with a lovely lady who carried Moni’s bag and pushed her suitcase as well. 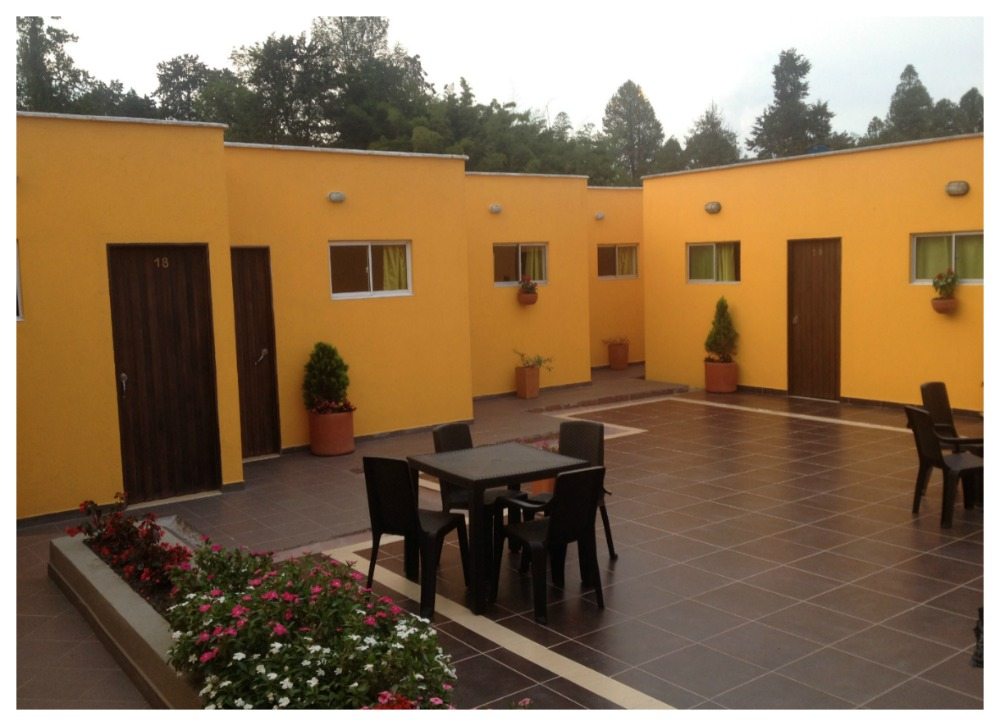 Our room with a double bed and private bathroom looked just fine. 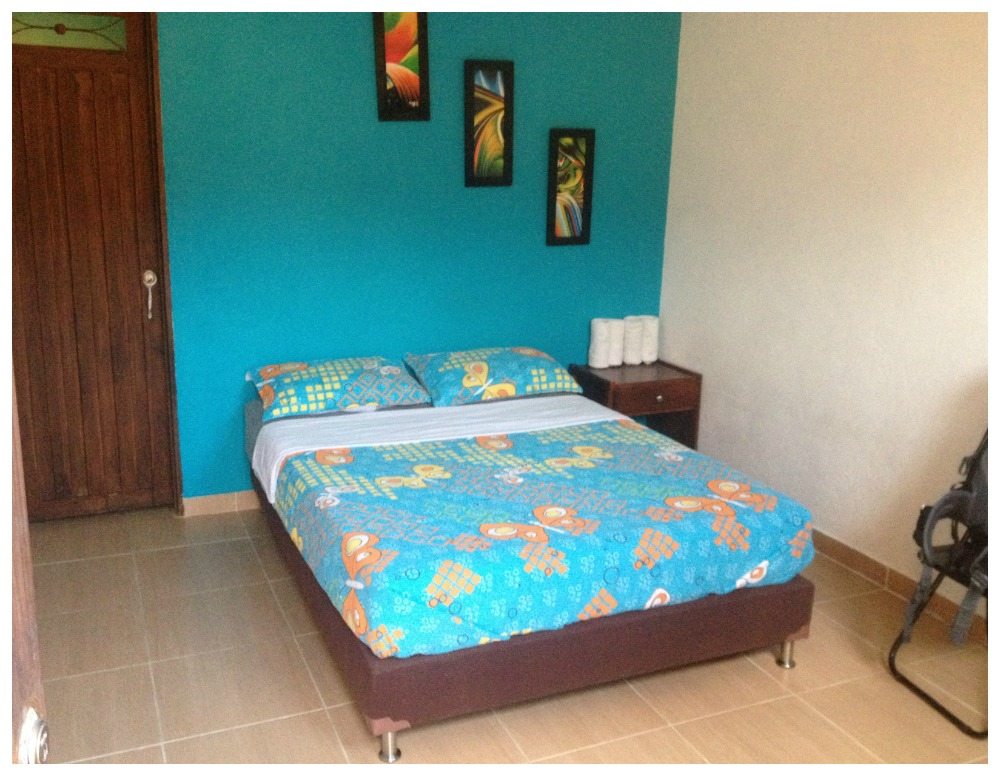 We checked in at the reception, paid 69,000.00 COP about 20 USD. Made sure where we needed to be for the shuttle to the airport.

There is a restaurant basically on site which is in front of a fuel station also on the property, as well as a huge long-term car parking area.

Restaurant & fuel station are on site

On a closer look it was very clean and comfortable. The shower was missing a shower head and the water came out like from a hose pipe. A small tv, a bedside table and a chair. You really don’t need anything else. 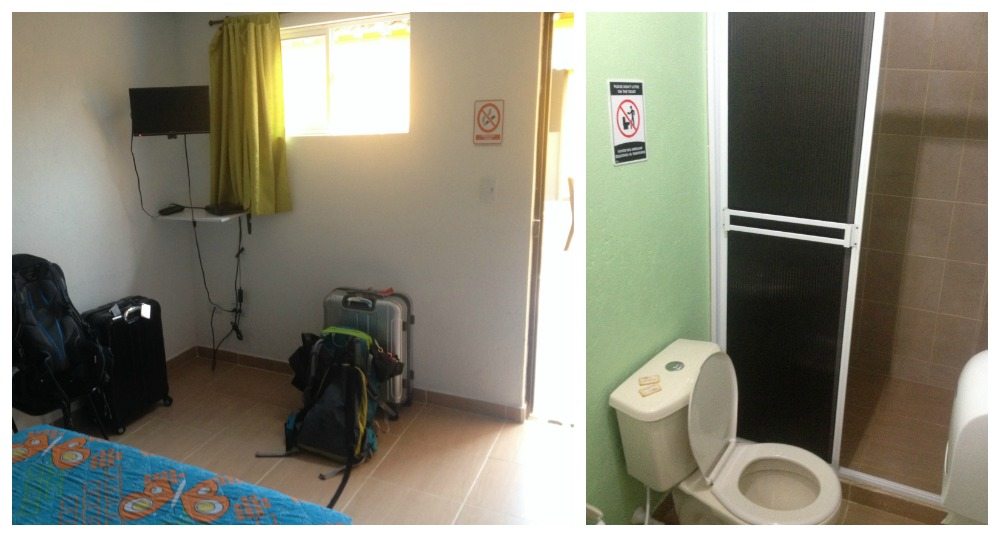 What we did need was peace and quiet.

Unfortunately the place was full as I expect it always is. But this night was noisy with families, and their kids running a muck up until 10.30pm… So much for getting an early night. We had a room around the courtyard in the photo above with the orange walls and if i’d have been more on the ball I’d have asked to change rooms.

Tip here; Try and get a room away from this courtyard area as it probably will be noisy.

Sure you can hear the planes coming and going, it’s not the Ritz Hotel with sound proof rooms for 20 bucks, but bloody noisy people I just don’t do well.

The doors are metal and make a clang each time being closed, especially the ones close by. I managed to fall asleep after 11.30pm and slept well till 3am.

Was it worth doing, spending the night at Hostel El Hanger? I think for the ease of getting up and having only a 3 minute drive to the airport is nice peace of mind. If you have decent quiet folks staying then it would be ideal. I’d have liked a few more hours sleep. Moni had to put her ear plugs in.

The restaurant next door offers traditional Colombian fare. There are also other restaurants which are in walking distance.