I’m writing this while sat in the luxury of our hotel room in Miami, (thanks for the upgrade, more on that later). However, in a blink of an eye this could have been a totally different scenario…

We spent the night in Hostal El Hangar in Rionegro which is just 3 minutes by shuttle to José María Córdova International Airport in Medellin which allowed us an extra hours sleep, or did it really? 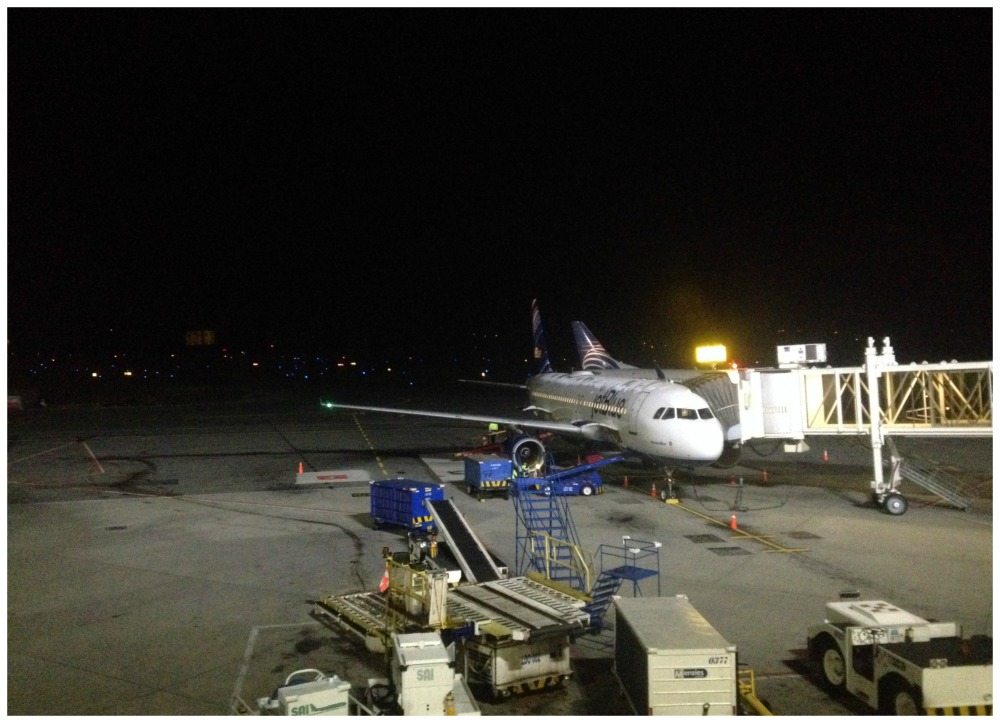 Check-in was at 4am

We are 99% of the time always early, this morning was no different. Check-in was easy, both bags inside the weight limit, security questions answered, and boarding passes in hand.

Next we make our way through security, computers out of the bags, phones out of pockets, jackets off etc… All clear here and we join the line for customs. Passports in hand we approach the next booth.

“Buenos dias”… we hand over the passports.

The lady officer takes a while after scanning my passport, without stamping me out… Moni’s the same. She looks up and say’s “you’ve overstayed the 90 days”.

She then tells the officer in the next booth and also calls another officer over, holy shit whats going on!!

Within seconds we’re being led away, back out of the security area into the check-in area and into the IMMIGRATION office… Yikes.

Overstayed the 90 days!! Are you kidding me.

Even though Moni can communicate better than I in the local lingo, I sure as hell got the drift that something was certainly not right.

Standing in the Immigration office at the desk, the lady officer said that we have stayed too long and must pay…

How much money do you have she asked… 57,000.00 was what we had left over. We knew this even without having to check, just enough for a last coffee or snack at the airport. Well, that was the idea anyway.

By this time, the second officer was scanning passports and clicking a few keys at the computer, he looked up and said… take a seat.

Where have you been here?

Where did you live?

What have you being doing here so long, it’s not normal that as a tourist you stay so long.

Where is your money?

What do you do for work? You work in a factory the lady said!!!

We answered the questions without hesitation knowing that we’d honestly not done anything wrong.

Moni then asked if she could tell our side of this dilemma.

Explaining that when we left Colombia on 10th February 2016, having stayed 85 days from November 17th 2015, we have an exit stamp in the passport. When we can back into Colombia on the 24th February 2016 we received an entry stamp for another 90 days and we are clearly under the 90 days, the passport stamps don’t lie.

The two officers exchanged some words, checked the computer again and then had more questions.

Continuing on the same line… You don’t work!? Sort of question come a statement… So Moni explained that she was a writer and used the internet to make a living, and NO we don’t work in Colombia.

Then explained again that we left the country for two weeks in February and then came back in, all of which is documented in the passport.

Moni wanted to continue with more details but the officer spoke again.

When are you coming back to Colombia? You can’t come anymore this year!! We told him that we wouldn’t be back before 2018.

The officer asked if we had other passports and wanted to see them as well, so I pulled out the stack that I carry and chose one, only kidding. We handed over our other passport which he looked over before handing it back.

Then he passes the Australian passports back to the lady officer and tells us to spend the peso we have left on a good cup of coffee, all with a smile. We grabbed our bags and followed the officer through boarding pass checks then once again through security… Computers out, phones out of pockets etc, through the screening and then to the customs booth where the lady officer sat and worked with our passports.

Eventually, the wonderful sound of the stamp clicking down, printing fresh ink to the hottest page in our passports to date. ‘Buenos dias, have a safe trip’ she said with a smile, and handed us back our passports.

First thing we did was stop and buy some coffees.

We then spent the entire time in the boarding gate lounge area calming down from our early morning nightmare, trying to workout how or why the system thinks we stayed longer than the 90 days limit.

We left the Immigration office not really knowing why or how, and obviously not wanting to spend longer than necessary there. 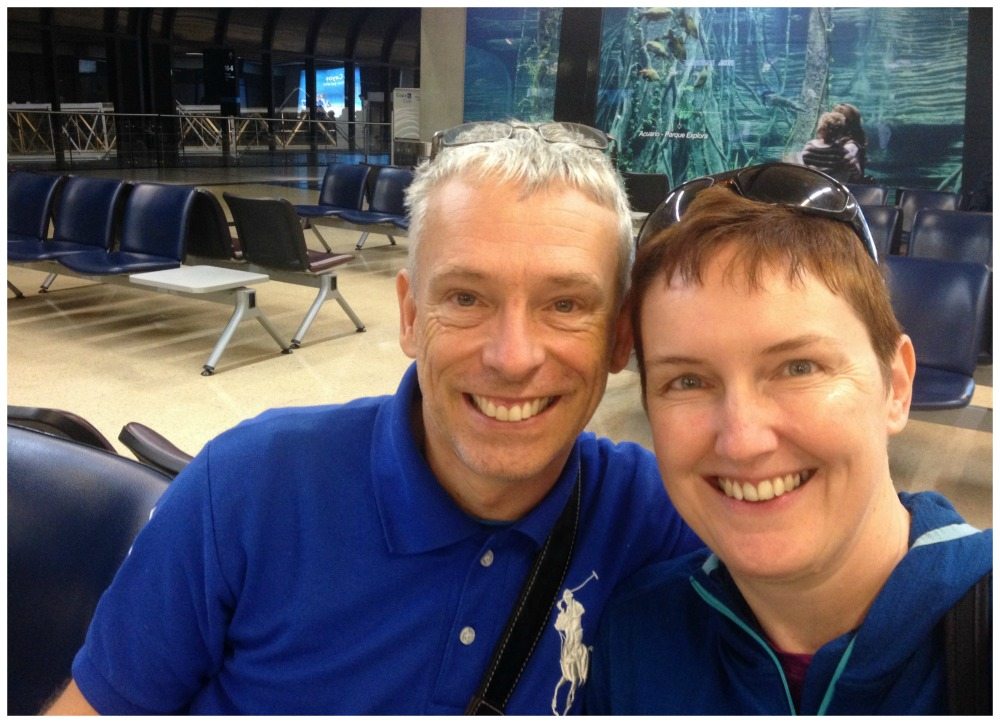 Still smiling after our Immigration dramas

Oh, before I forget, the Courtyard Marriott hotel where we are staying (sigh of relief) generously upgraded us from standard room to a king suite, check it out. I’m sat here with some delicious sushi and fresh salad from the Whole Foods store opposite and have just re-lived that entire experience, while writing this for you, funny thing, that when reading this out it kinda makes me laugh.

A word on the departure tax.

Since our first visit to Colombia when we had to pay a departure tax at the airport, the past two times leaving, there was no mention of the departure tax and both times we were longer than 60 days in Colombia. So I’m not sure what’s going on, and all the websites that I check still refer to paying the departure tax. So, as Mitch Rap say’s in his books, ‘hope for the best, plan for the worst’.

Have you had any dramas with Immigration, either entering or leaving a country? Can you shed some light as to why we found ourselves in this situation.

How to Buy The Cheapest Train Tickets For Europe T...