After checking out the bikes for rent at a shop down at Canada Place yesterday, we decided that we would hire some bikes today and go cycling around Stanley Park in Vancouver.

We found out that there was a FREE breakfast between 8 and 10am at the hostel so we made sure we were not late, which was a good thing as it was busy, as you’d expect as it was free, I like to call it included in the price!!!

The view from our room and the free breakfast

It was a very good spread and we enjoyed it whilst talking to a couple of blokes at our table, it reminded us of our backpacking times all those years ago. The funny thing was, that even though the age group is still young we were not the oldest as another couple of couples were older for sure.

After breakfast we did a few things and then went out. I know that picture below looks like sushi and it is… yes we had sushi for lunch, this time we had bento boxes which were great value and filling. The place is called O’sushi and it’s on Granville street.

We had sushi for lunch, but a burger from this bus would have been good

We could have easily had a burger from that van especially if they made burgers as well as they decorated their van. After lunch we walked to the cruise terminal and being earlier than yesterday, a couple of cruise ships were still in port, the Crown Princess and the HAL Zuiderdam.

“the Crown Princess and HAL Zuiderdam pulled away from the dock” 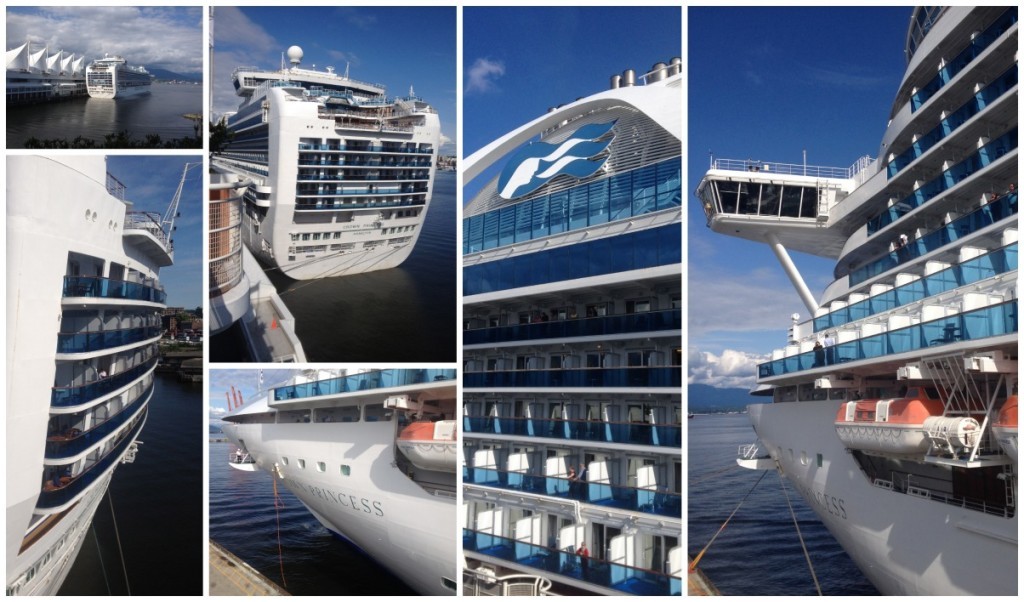 The HAL Zuiderdam was the ship we watched dock the morning that we arrived, so she must have only done a short cruise to be back in now. As these two ships were leaving another cruise ship appeared, coming from up river, it was the Disney Wonder also heading up to Alaska. Disney Wonder is the centre photo. 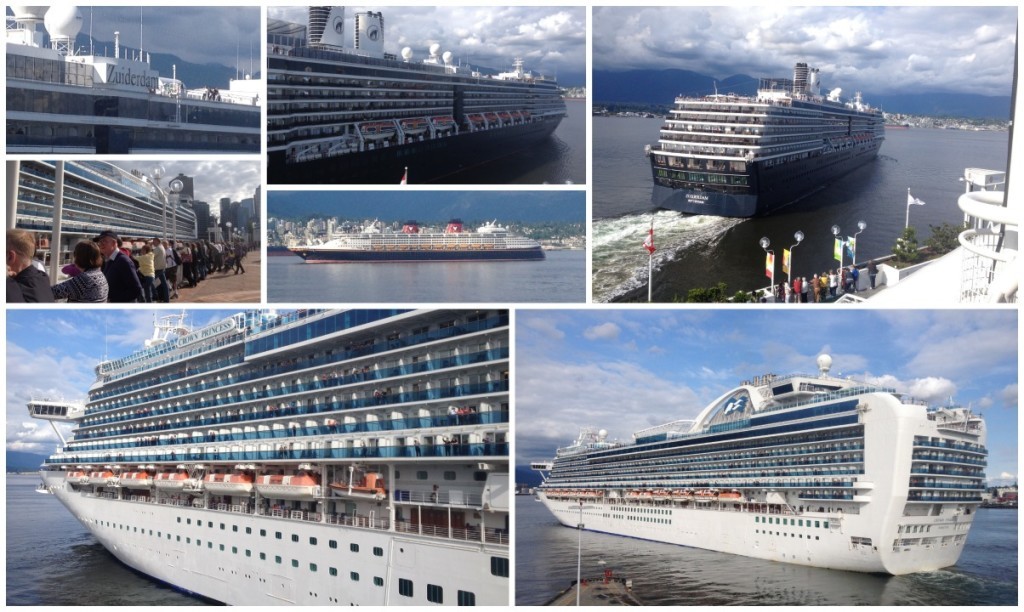 After waving off the passengers on board the Crown Princess we made our way to the bike shop to rent some bikes. We had about an hour and a half to complete the bicycle circuit around Stanley Park which should not be a problem.

The bike ride was awesome and highly recommended. You could even consider taking a picnic with you and make more of a day out of it, especially if the weather is nice. 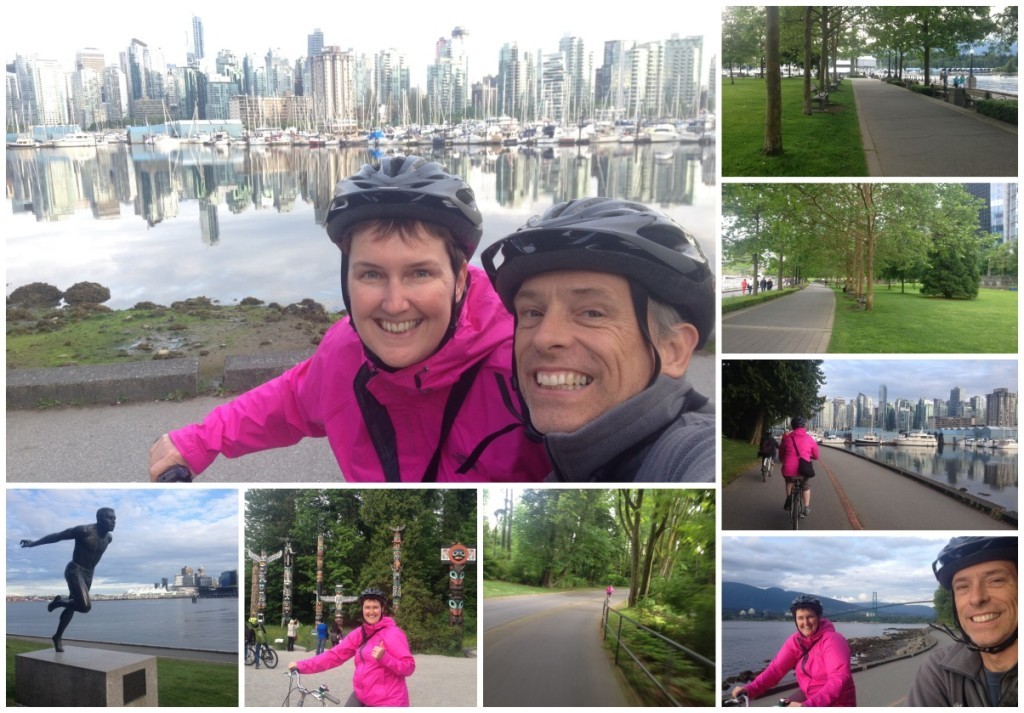 The ride takes you past the boat marina and along the way towards the bridge where you go under and follow the bike path all around the waters edge until it makes its way inland and finally back on the home stretch. 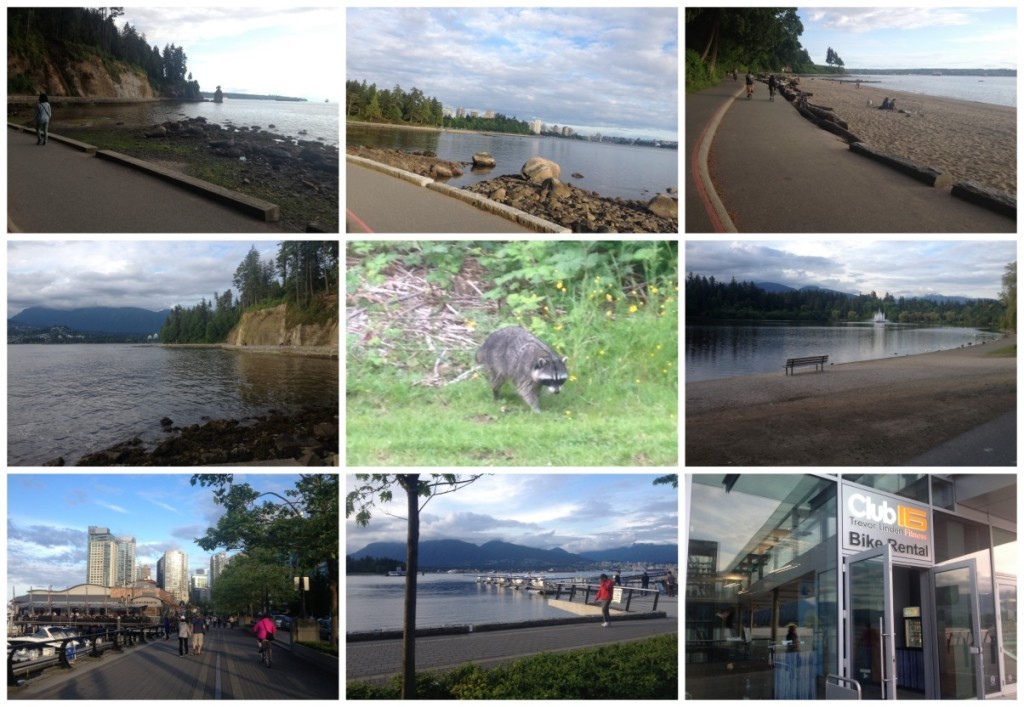 After we pass under the bridge

After our ride around Stanley Park we walk back through town past this building with words along the side, which took us a while to make out, can you?

This building had some writing on the side which took us a while to make out, can you?

Passing a cafe that has the advertising on some banners reading Voted Vancouver’s Best Cheesecake which excites us enough to go in. The coffee is great and so is the cheesecake, they have many varieties but we had the one that was voted the best, if you want my chef opinion, it could do with a leaf or two less of gelatine!! 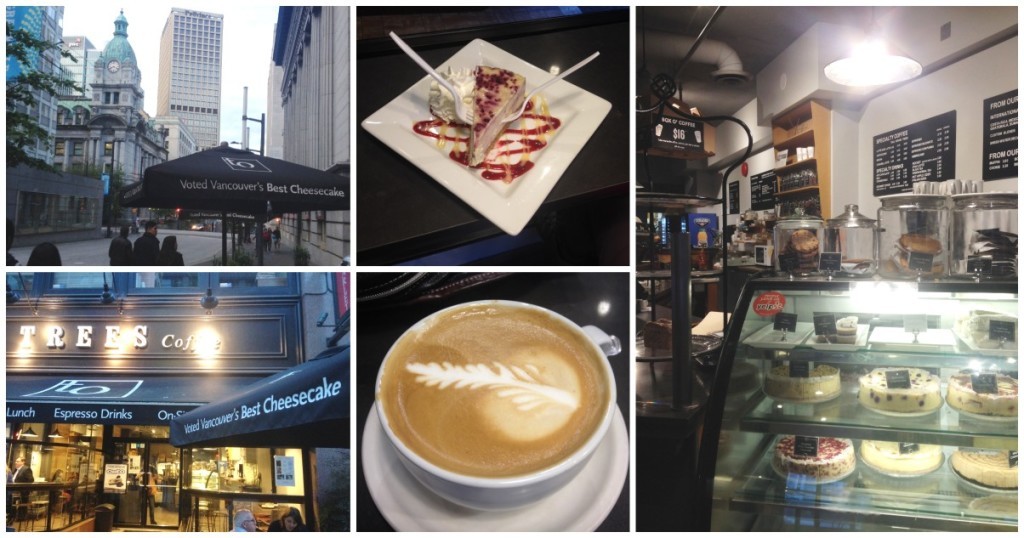 “the aroma of freshly roasted coffee beans is fabulous”

After a while an employee begins to roast coffee beans and the aroma of freshly roasted coffee beans is fabulous, we go and inspect as the smell becomes more intense. They actually roast lots of beans for some of the cafe’s around town. 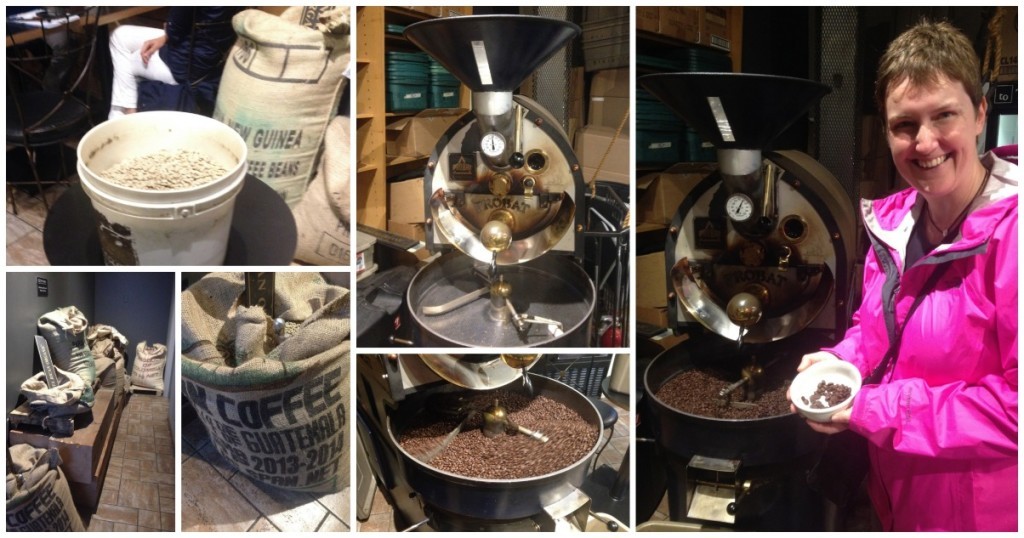 Freshly roasted coffee beans, we are in heaven

Even eating a few warm roasted beans with chocolate buttons is awesome, so rich and full of flavour, what a great little find this place was.

With our coffee senses full to the max we head back to our hostel and appreciate the evening lights and sounds of downtown Vancouver. 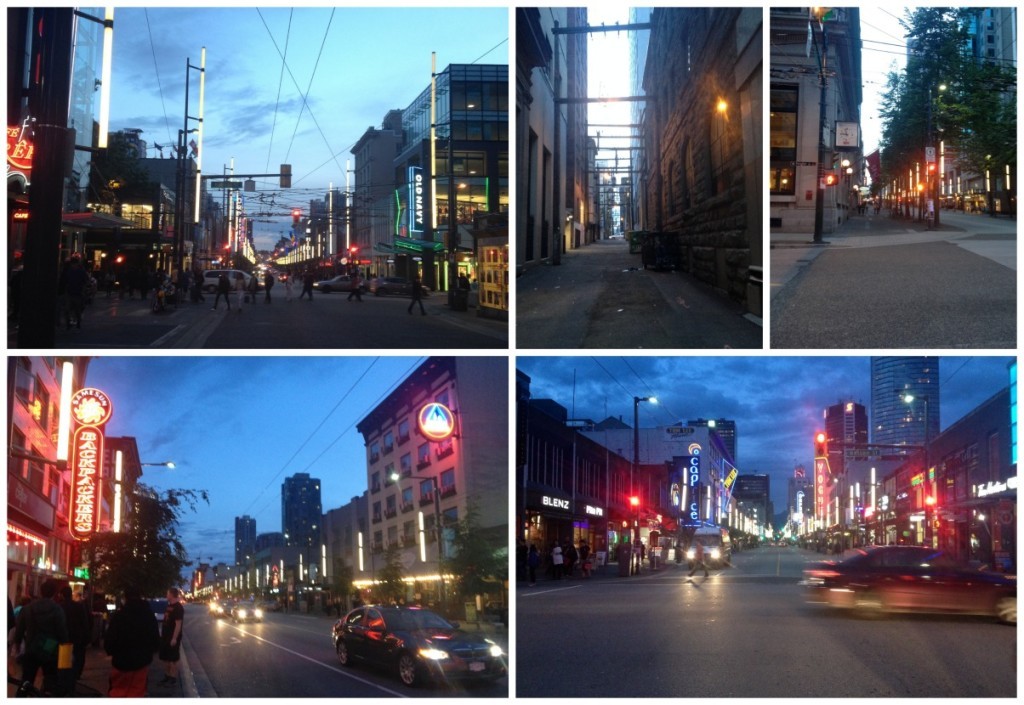 Another great day in vancouver.