My first thoughts were, cool, Norwegian operates its own airline, duh… wrong. In fact, I’d never heard of them before, which is hard to believe considering they are the third largest low-cost carrier in Europe, the largest airline in Scandinavia, and the ninth-largest airline in Europe in terms of passenger numbers (thanks Wikipedia).

Now that we all know that Norwegian is a major player in the airline industry let’s take a look at our flight.

I guess these two were either going bananas or just happy to be going home to the Canary Islands famous for its bananas. 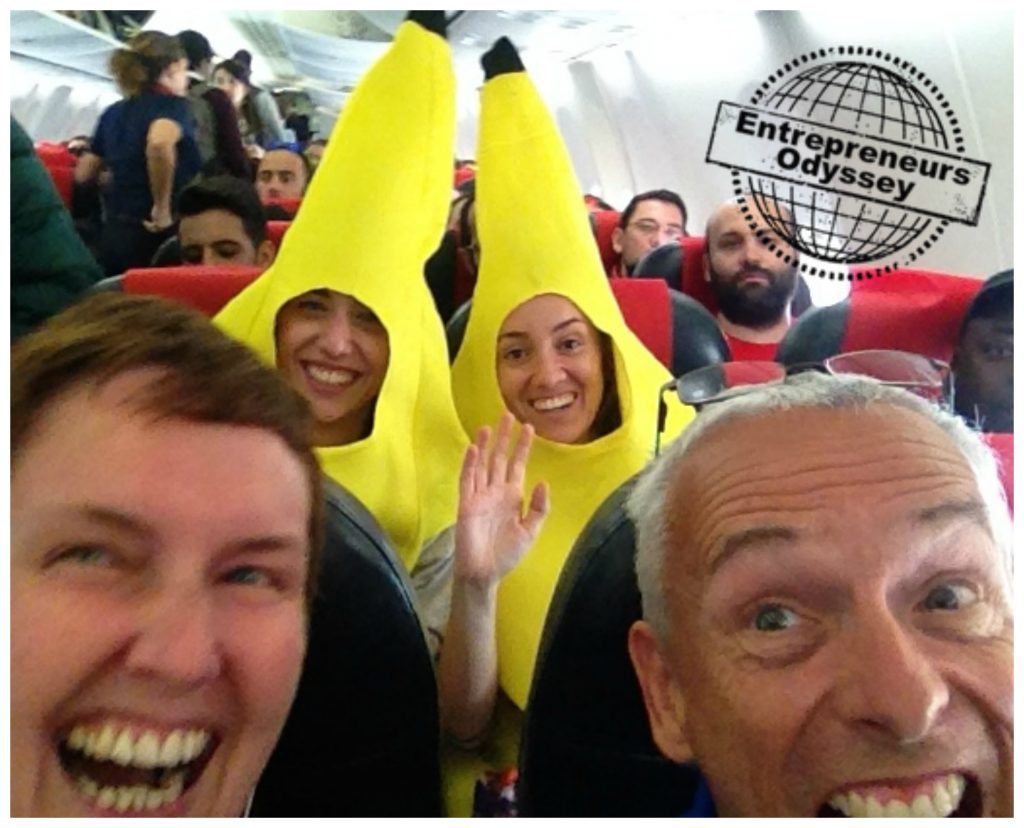 I had a hassle free booking process once I got passed the Spanish website version. I booked it while staying in Malta not that they speak Spanish, lol.

All very easy and clear during the progress through the site. If you want to include luggage and chose your seat it’s best to opt for the LowFare+ option (middle price) as adding these separately will cost more. (I did try it).

And remember that they charge a % for using your credit card like nearly all airlines do.

No need to print your boarding pass like with another low-cost carrier Ryanair. This is a huge relief especially to those of us that don’t always have access to a printer tucked away in the closet 🙂

Odyssey Tip; By the way, if you are flying with Ryanair make sure you print out your boarding passes before you go to check-in or it will cost you dearly. They will send you a SMS reminder a few hours before.

This was a breeze. We just rocked up at the counter, gave the lady our passports and she found our booking, labelled our bags (each at 20kg) and gave us our boarding passes in return.

Norwegian Air has its own dedicated area at T2 Madrid airport all the way to the far left at the end of the terminal. You can’t miss it all in red. 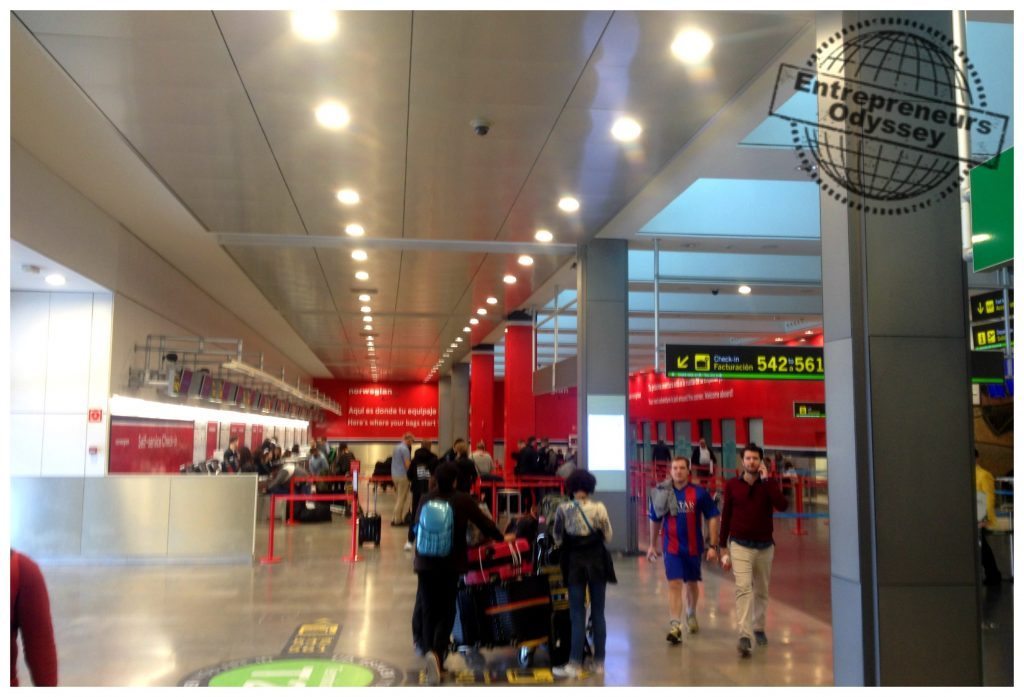 Once we made it through the dreaded security screening we settled in for a coffee & sandwich from one of the outlets at terminal 2. We chose the Hard Rock Cafe, which was another first for me, at an airport that is.

The screens indicated the gate number and once here we had the boarding pass scanned before waiting for the buses to bring us to the plane.

The Norwegian planes are quite easy to recognise with their bright red nose ends. And each tail has an image of a famous or outstanding person called ‘tail fin heroes’ printed on.

Our plane was Povel Ramel a Swedish entertainer. 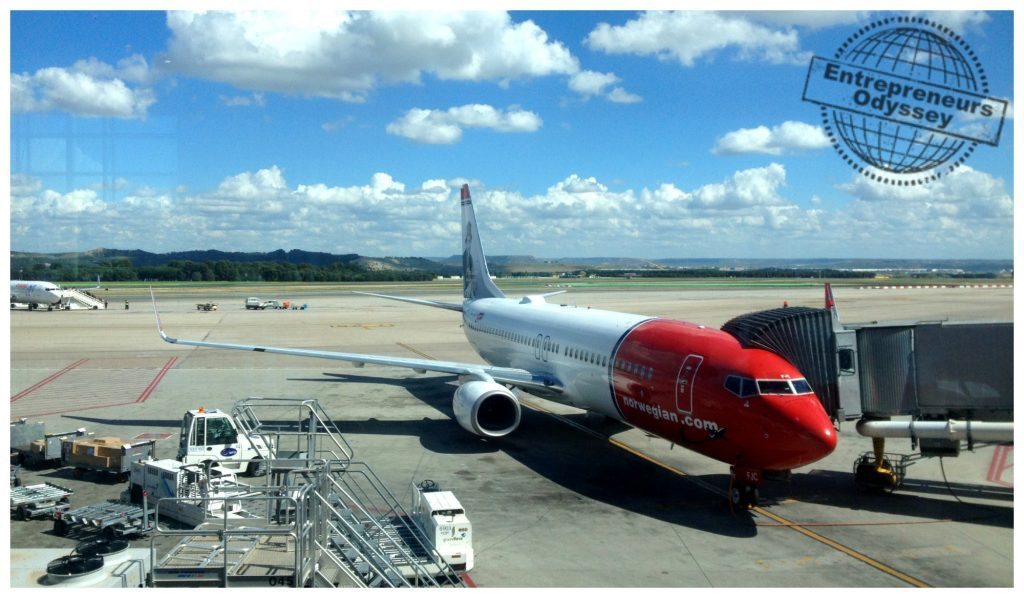 The seat spacing was larger than the previous Ryanair plane and therefore more comfortable. The seat-backs also had magazines and safety information. 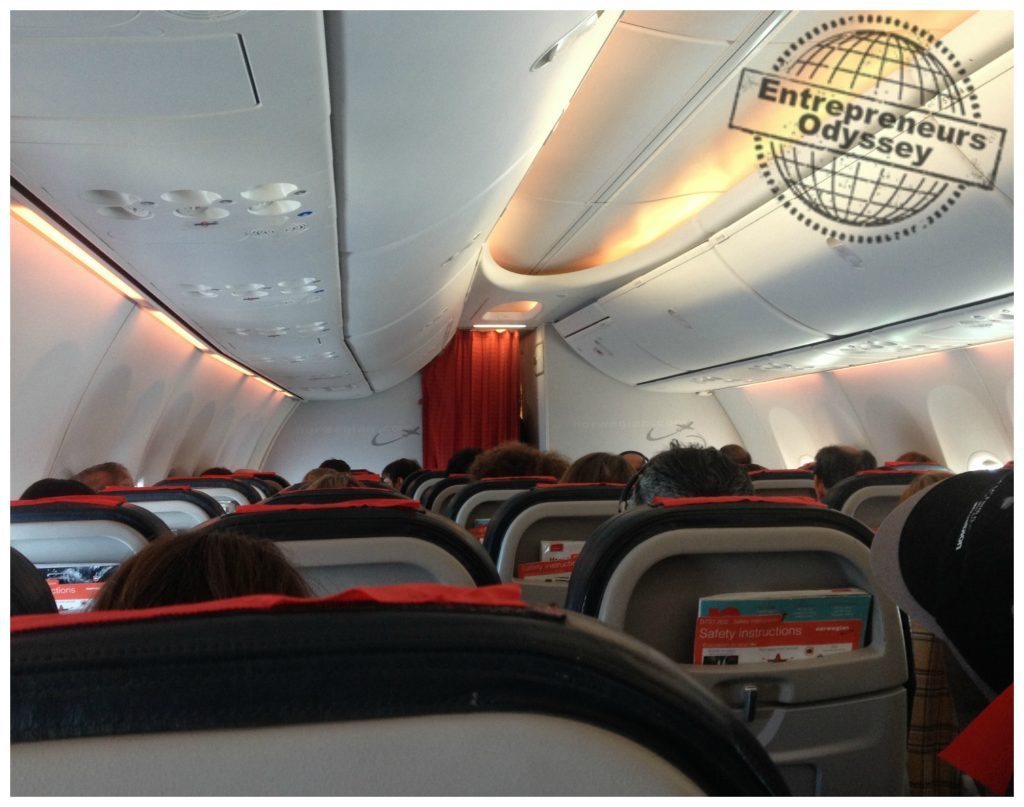 The service was decent and all the cabin crew portrayed a ‘happy to be of service’ attitude. And no smelly armpits to report 🙂

No food was included with the category that I purchased but you could order from the menus. 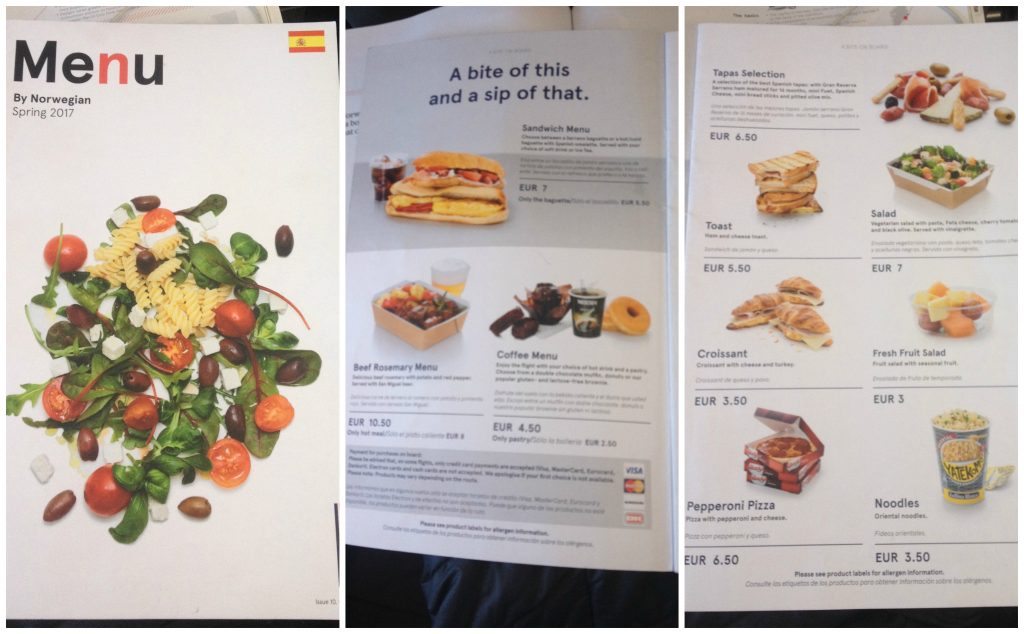 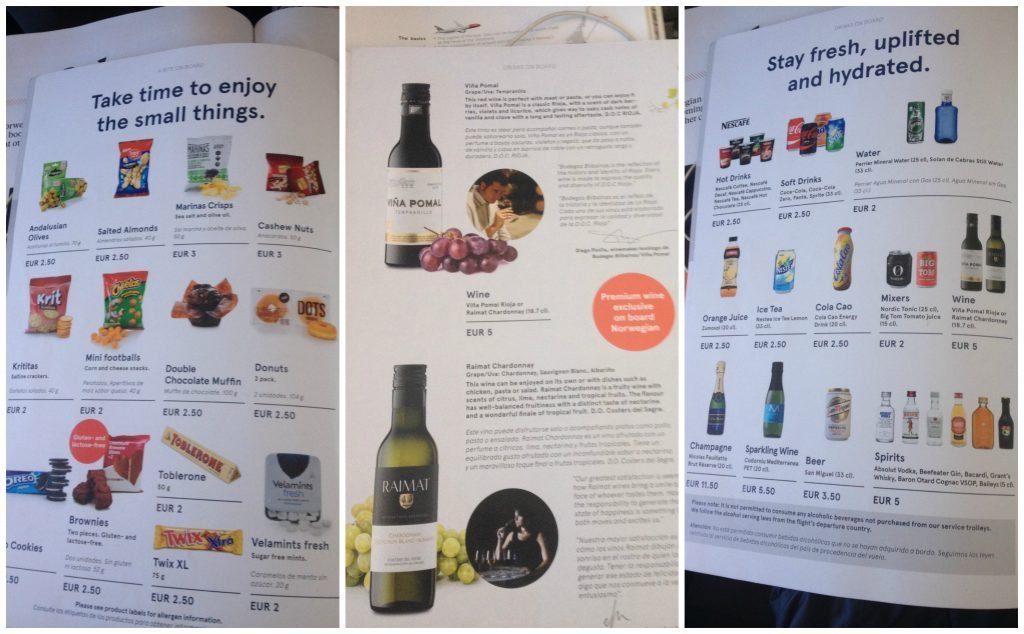 The flight was 3 & 1/2 hours and we decided to share a salad and have a beer.

The salad was decent, could have really had more of the other ingredients than mainly pasta for €7 the beer was €3.50.

The flight was comfortable and the plane looked very new and was clean.

Norwegian also has FREE wifi onboard throughout the flight. All you need to do is sign on. 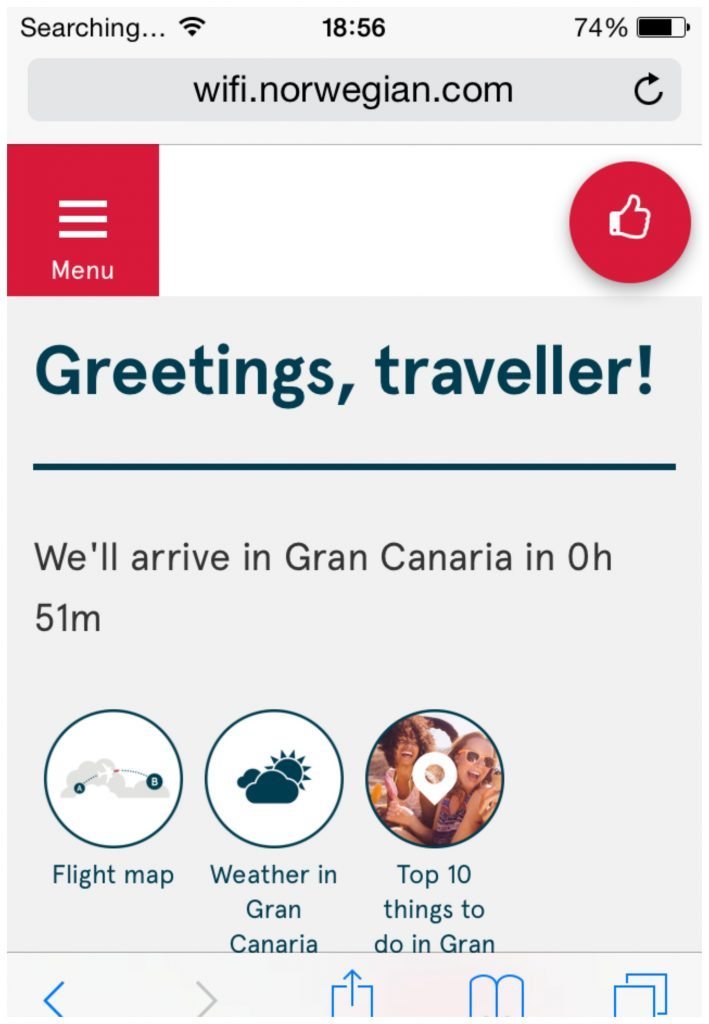 I’m not sure how good it would be as I just checked it out last minute, but I will give it a go on our flight from Gran Canaria to London in May

Verdict; we’d certainly book with Norwegian again and certainly choose them over Ryanair at the low-cost price range. In fact I have already booked and look forward. By the way, Norwegian also fly long haul flights to the US from Europe if you’re interested.