Cayman Island does not have a port for the big cruise ships to dock alongside and so the port puts on tenders to transport us from the ship to shore, which is only about ten minutes. 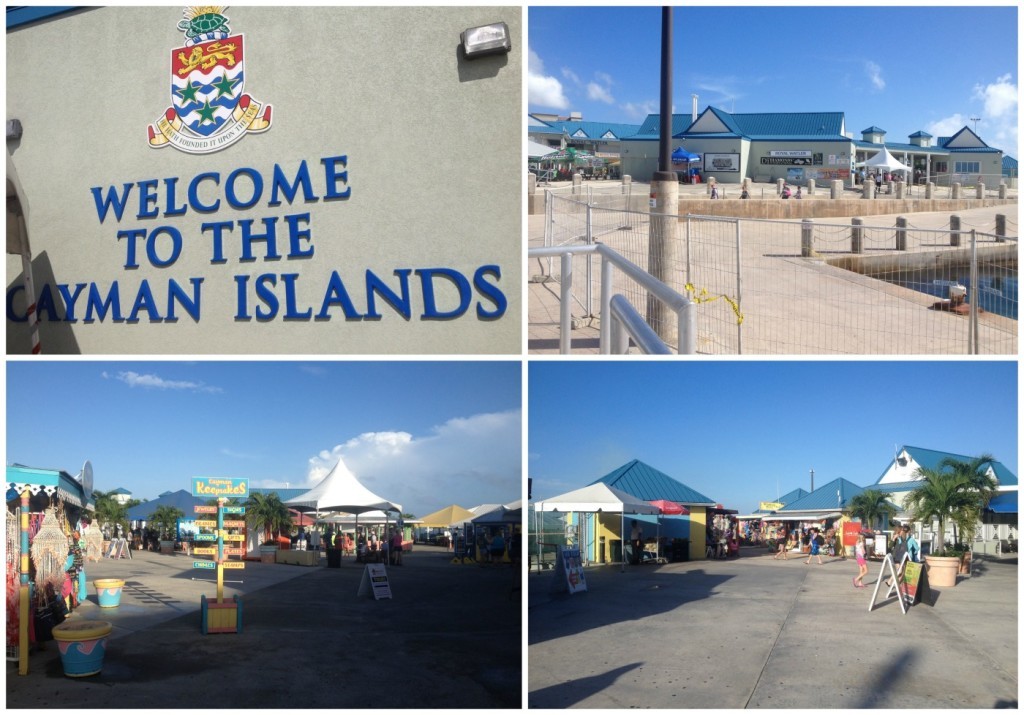 Welcome to the Cayman Islands

Walking into the port area you can see the normal tourist shops again which we have come to expect now. A very sad state that each place you go has the same touristy shops all trying to sell you the same thing.

Lucky for us that we don’t buy in to that society and search for far more enriching things to do.

“A tour around for a few hours”

We get out of the port area onto near Fort George and the main street where we hit up a lady about a tour. For $20 each she will drive us to a few places and back which seemed ok to us. We drove past the Government House on our way. 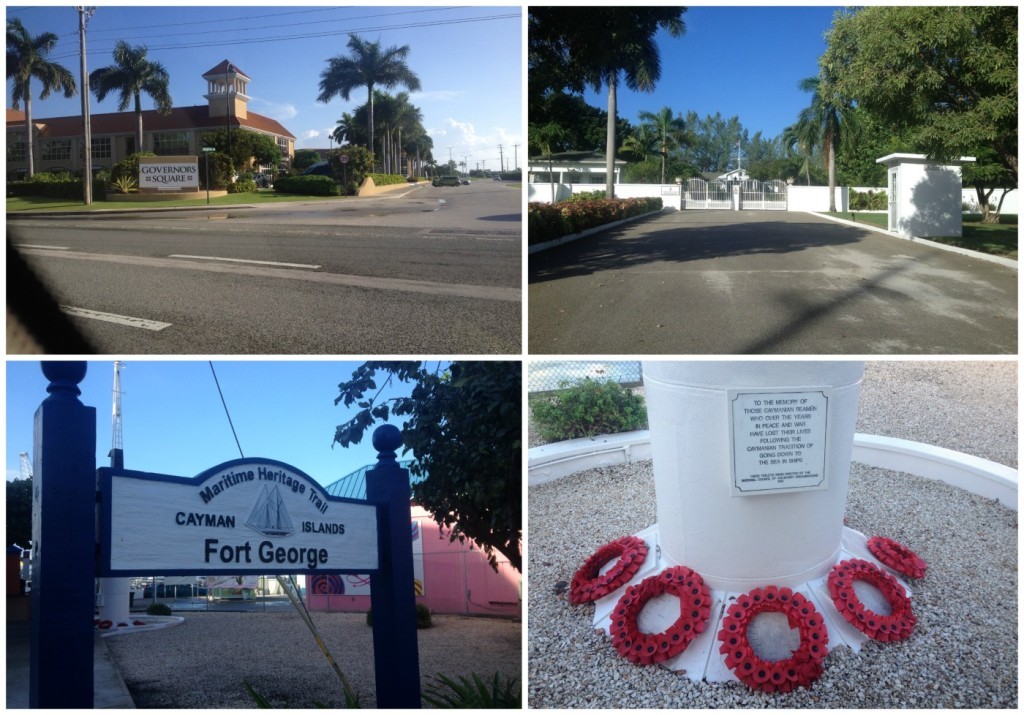 “This is Hell on Earth”

A drive to the Devils Hangout in a place called Hell, I’m not sure how a beautiful island could have a hell hole place like this. 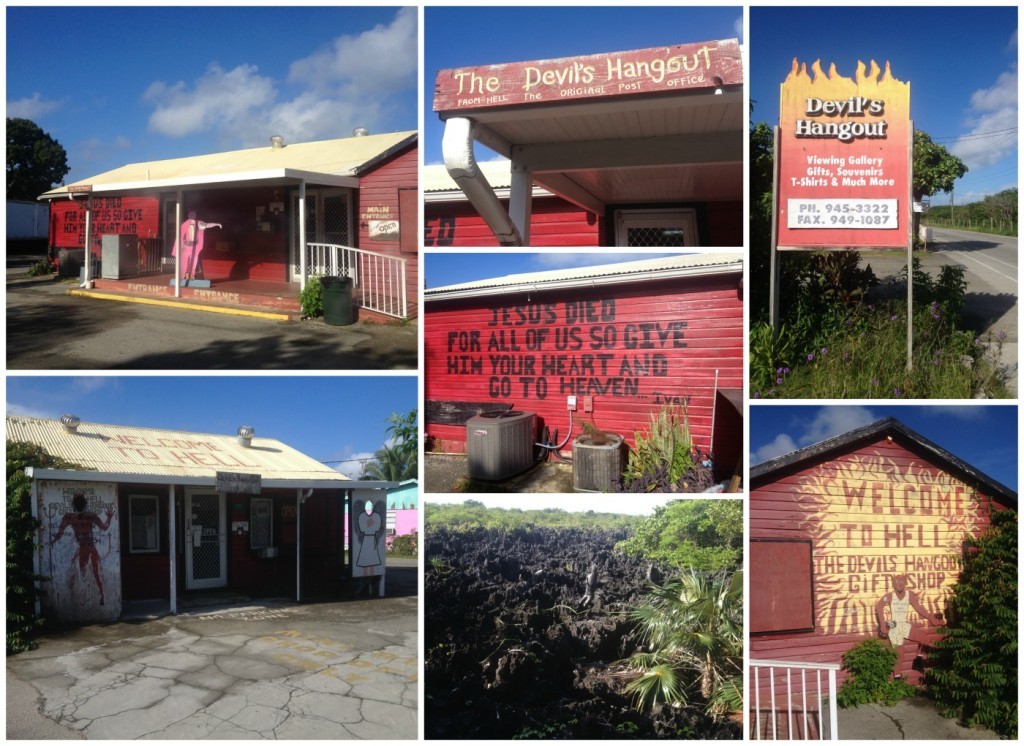 The town of Hell only has a few buildings among them is this place called the Devils Hangout. It really is a bit forgotten and not much going on apart from the tourists coming for a look.

We weren’t overly impressed, but if you want a t-shirt with some classic sayings like “I’ve been to Hell & Back and survived” then you’ll find them here, amongst other tacky items.

Next up we had a visit to the Tortuga Rum company shop to sample some local rum. It was yummy and very cheap, boy could we have some fun drinking this. Also the famous rum cake is delicious, and is all packed up for the tourist to buy in various sizes. I could seriously eat that every day. 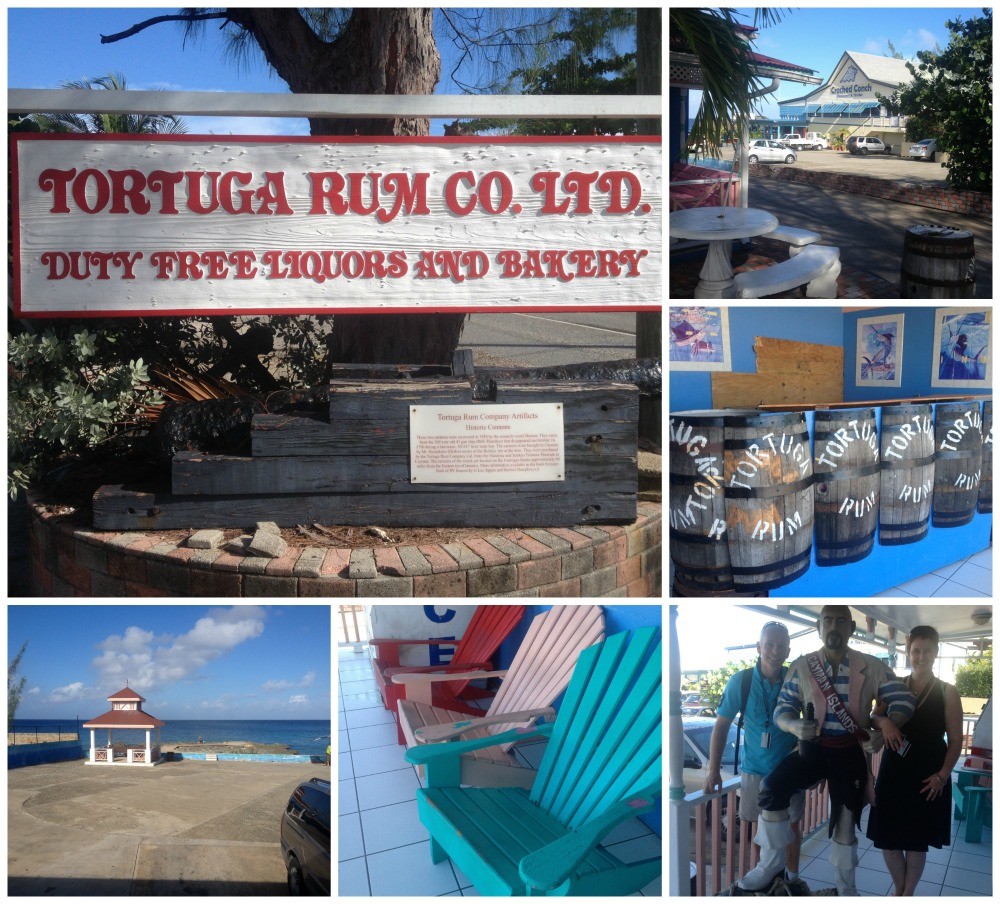 There is a blue Royal Mail post box outside the shop and it still has post collections from it. 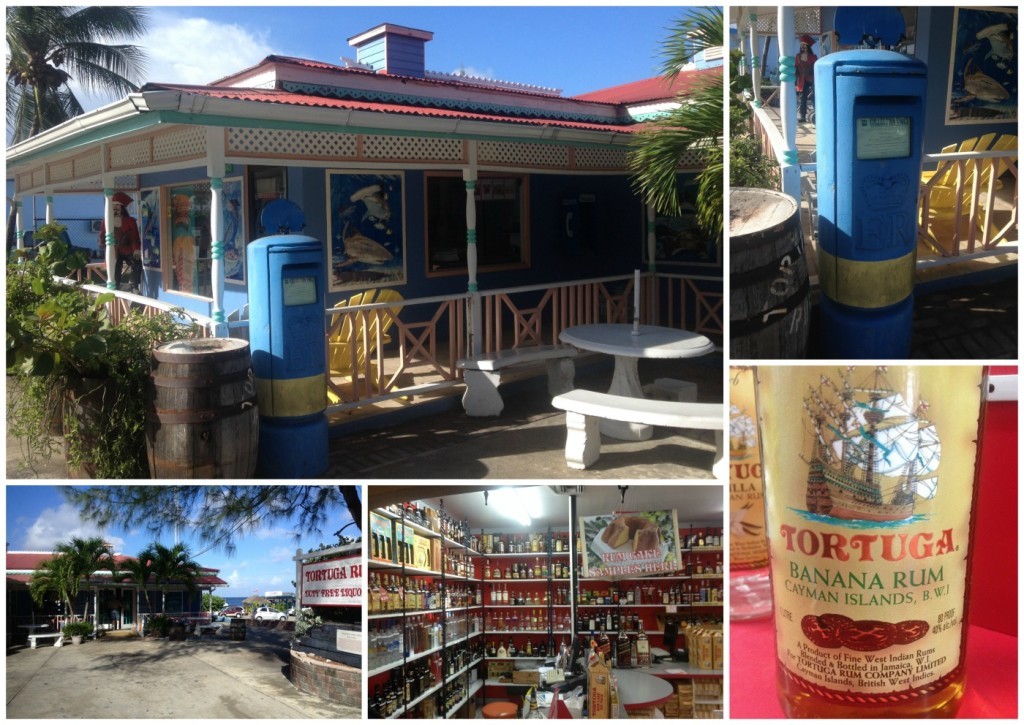 After our tastings and an extra one for good measure we made our way to the Turtle farm. Entrance here was $10 each. 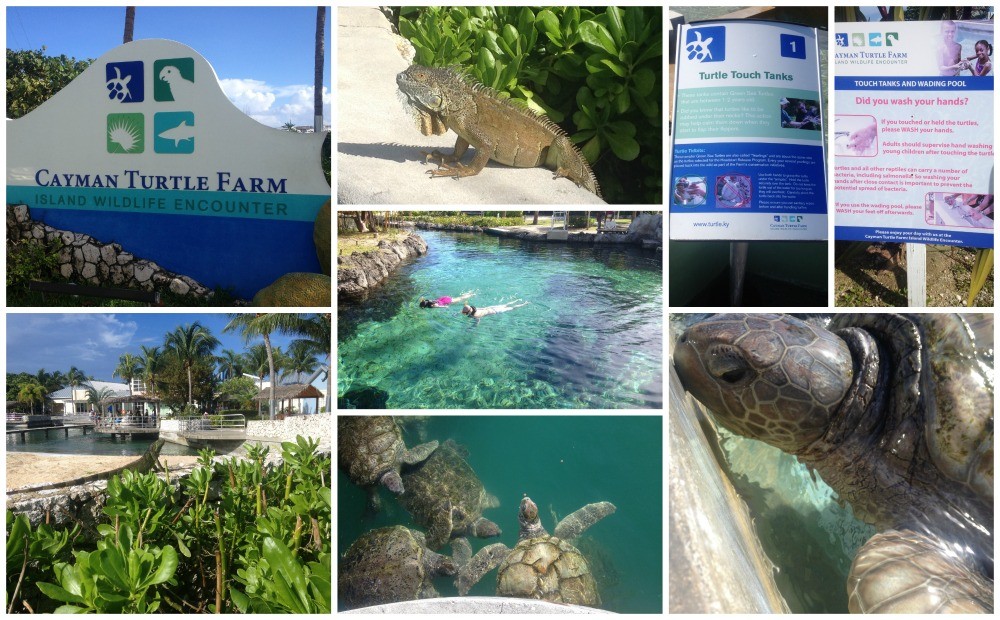 The Cayman Turtle Farm is a facility where they hatch and look after turtles. You can actually hold turtle of various sizes in the holding tanks and even at the resort which backs on to the turtle farm you could swim in the same waters as the turtles. 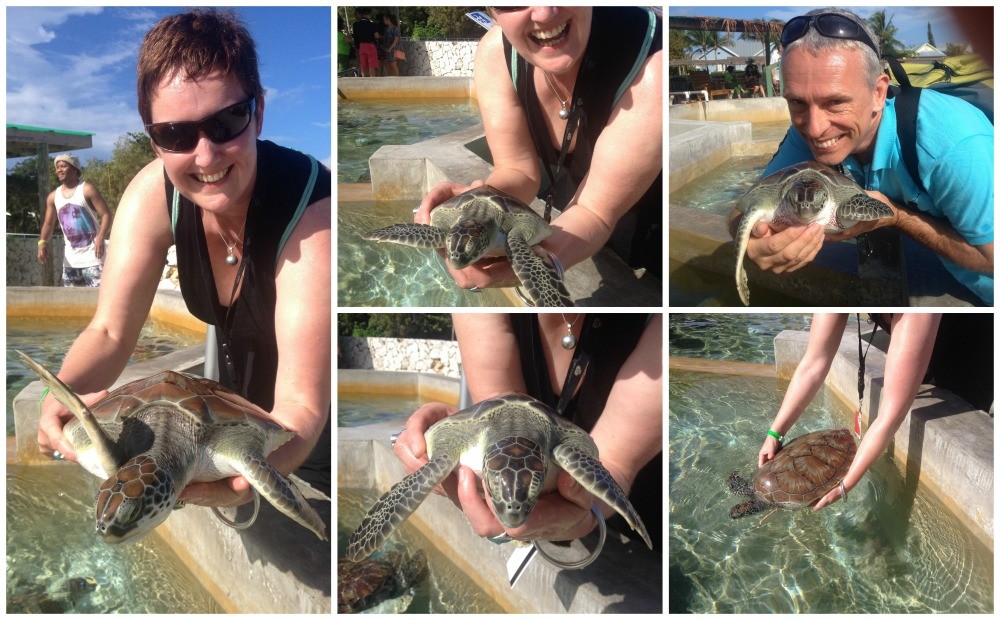 Over the road from the turtle farm is a Dolphin center which we didn’t visit. Entrance was $10 each, however if you visit the dolphin center you can get in for free.

From here we drove back through some of town to 7 mile beach and Calico Jacks beach bar where we got out to spend some time at the beach. A quick text to Kylie to let her know where we were so that we could meet for a few drinks and a chat in her break before going back to work. 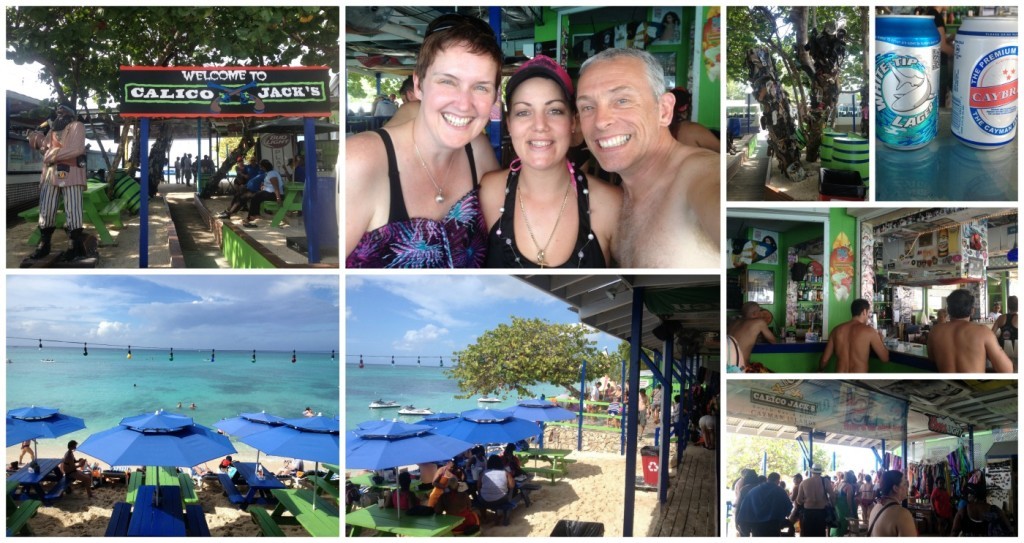 This beach bar is very popular with the locals and you can see why, great beach shady bar, showers and plenty of cold beverages oh and not forgetting the tunes in the background (live music on some days and nights especially full moon). definitely a place to be when we come back. 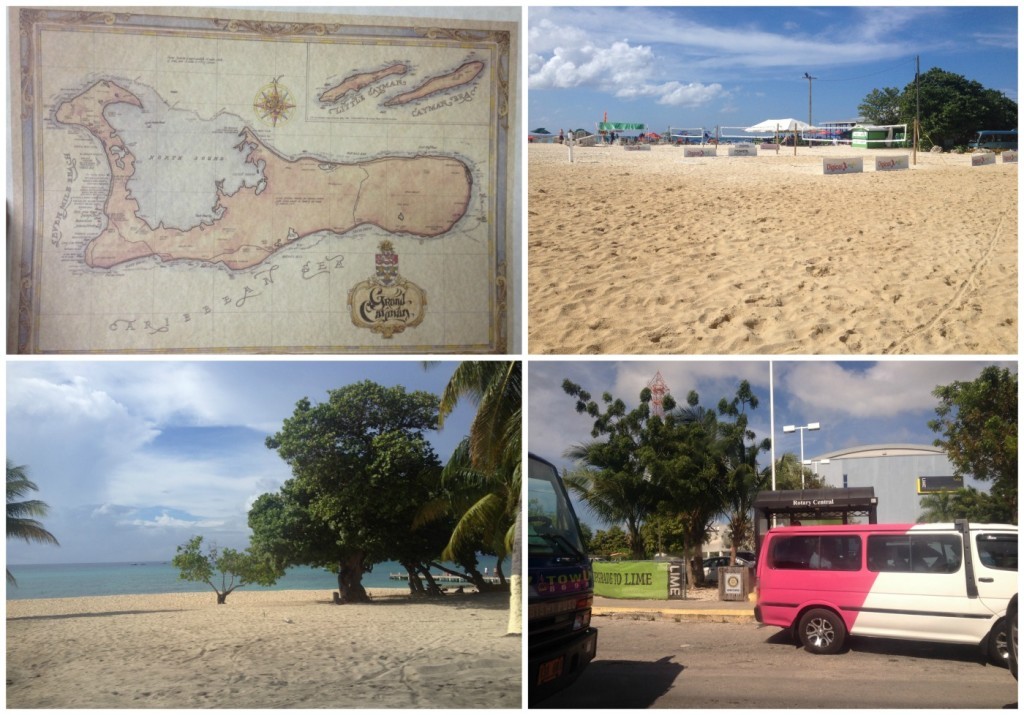 After our swim in the crystal clear blue waters and a great meet up with Kylie it was time to get a bus ride for $2.50 back to the cruise terminal area for the tender to take us back to the ship. 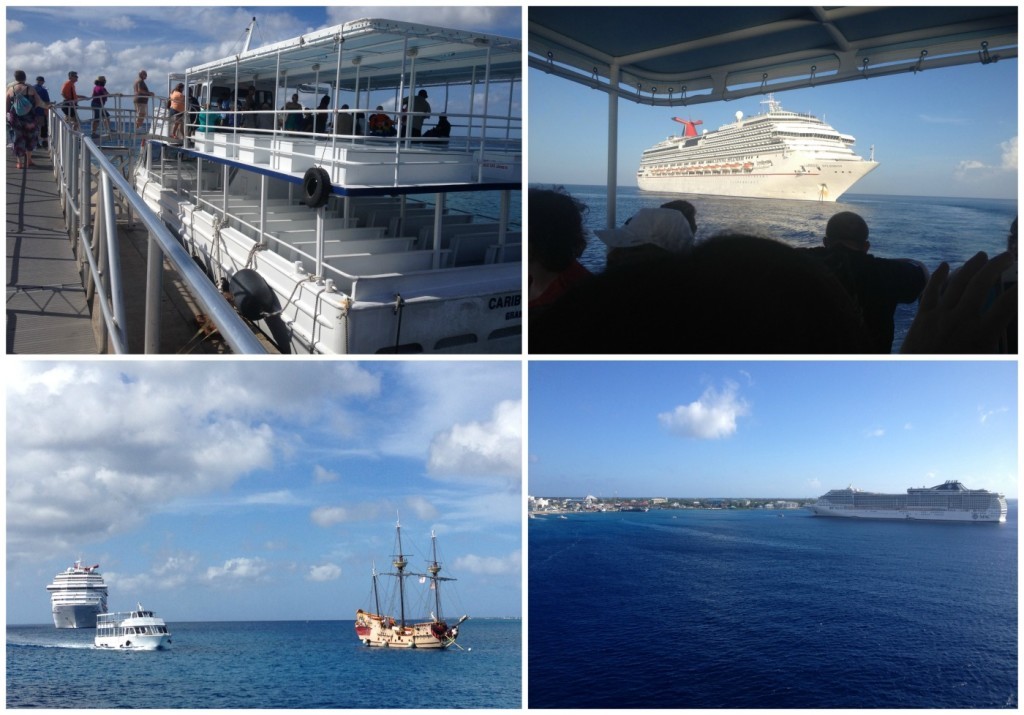 The tenders to and from the ship in Grand Cayman

A great day at Grand Cayman indeed and catching up with our good friend Kylie was awesome. We enjoyed our bottle of bubbly on the balcony as we sailed away from Cayman Island with the sun setting.

Sun set over the Cayman Islands

“Doing the washing on board the Carnival Splendor”

I did manage to get some washing done before dinner in the laundrette of which there are a couple on the ship. Not all ships have them and so washing can be very expensive. This one cost $7.50 all up with one wash one dryer and a pack of soap powder. 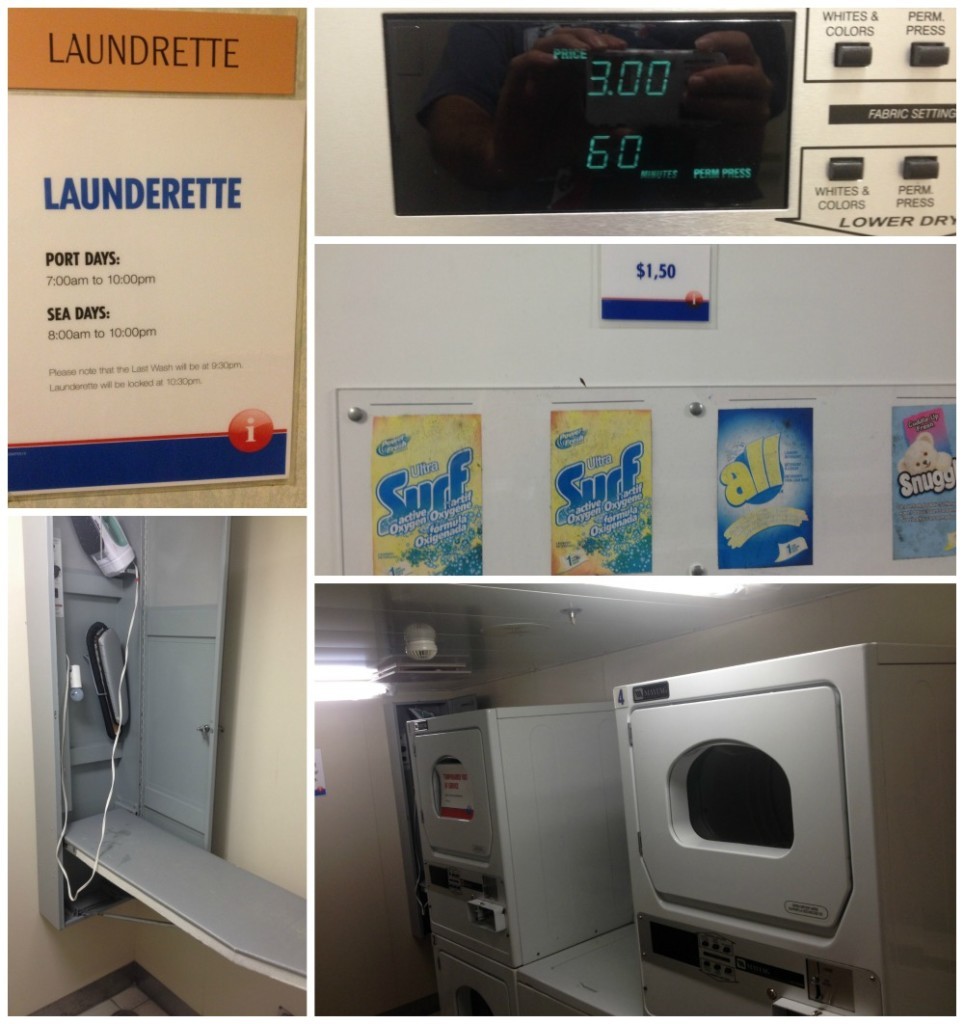 “Dinner in the Black Pearl at Nenad’s section”

The meals tonight were ok but nothing fantastic but the service from Nenad and his two asistants is good and tonight we had some good company at a shared table for four. 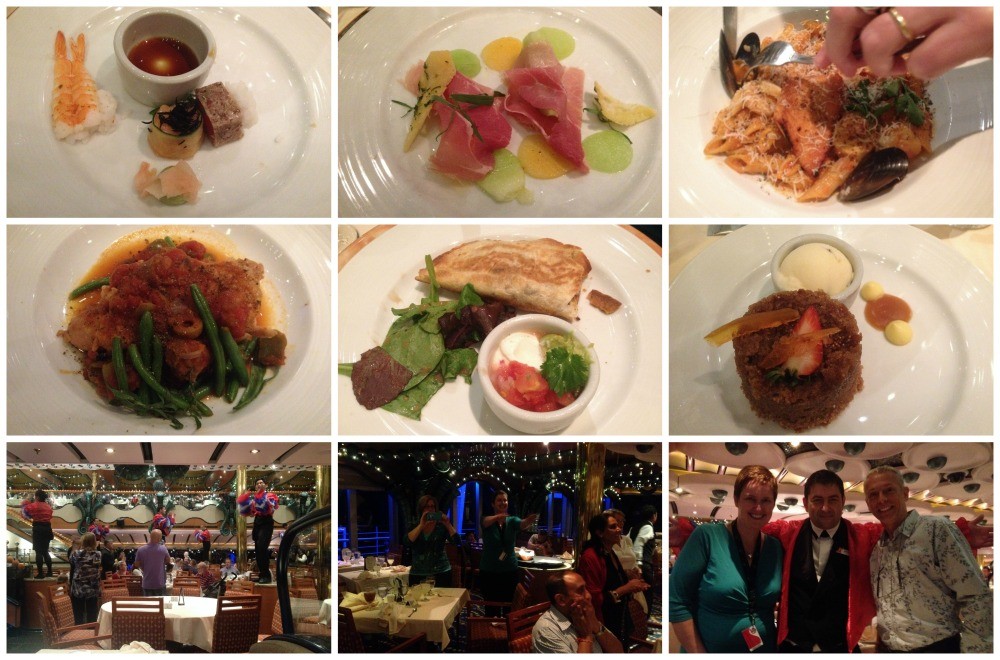 Diner in the Black Pearl

What towel animal did we have tonight? 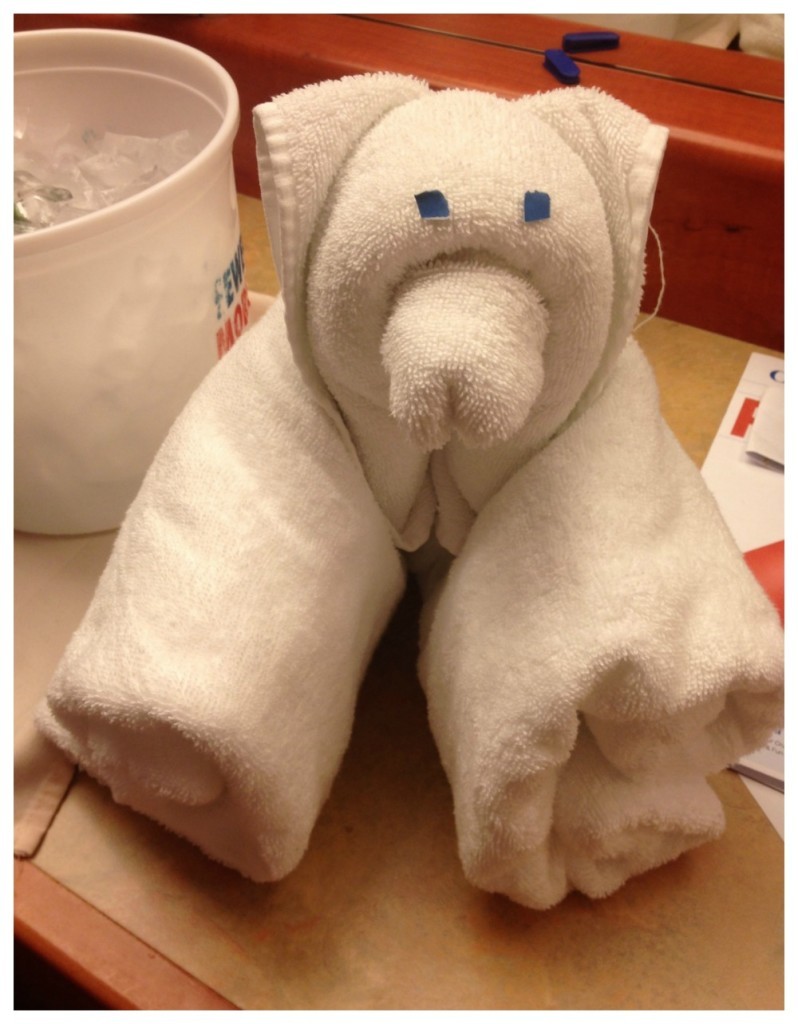