A trip to Tempozan Market Place for a ride on the Tempozan Ferris Wheel was the highlight of today’s outing in Osaka. With the sun shining and clear skies we decided to try our luck with a ride on what was once the worlds tallest ferris wheel.

Today the weather is great and we head over to the Tempozan Giant Ferris Wheel.

We grab a few sandwiches on the way and purchase tickets for the wheel at 800 Yen each, I’m very pleased about it because this is one step further than we managed last time that we came to the Tempozan Market Place. 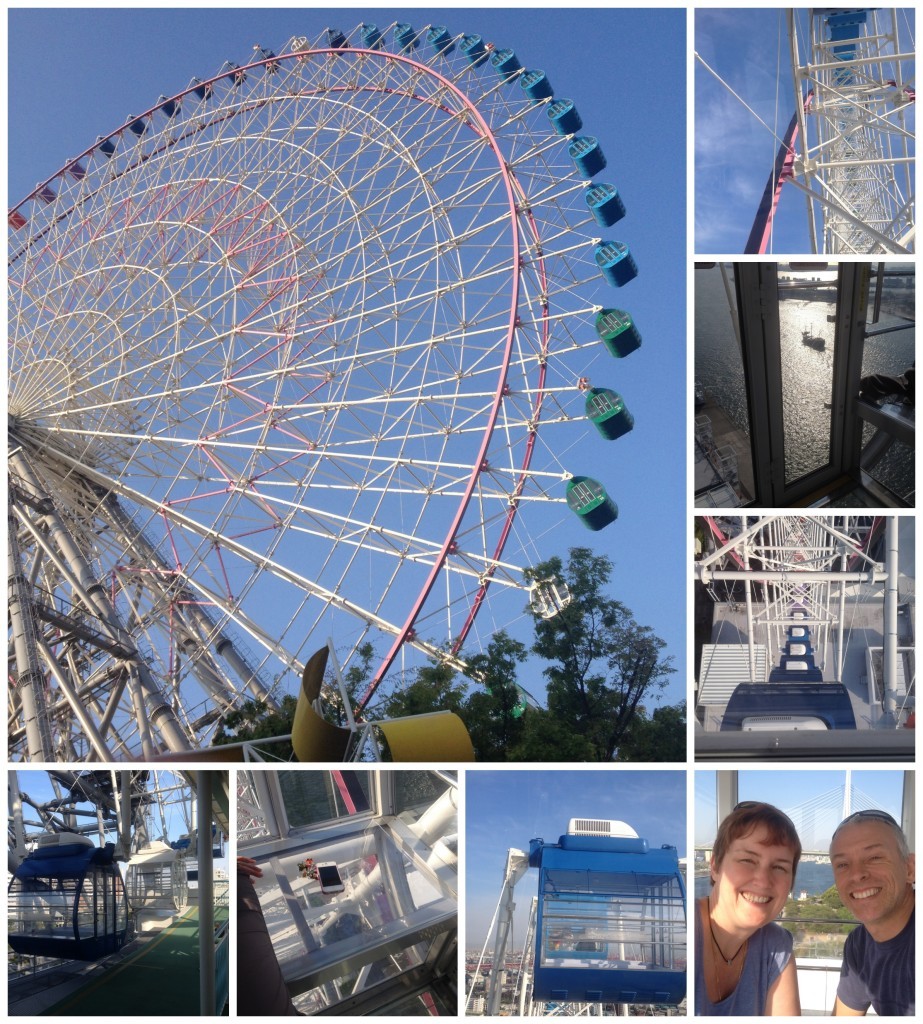 The Tempozan Giant Ferris Wheel used to be the biggest in the world in 1997 -1999, but has since been dwarfed by many more the tallest can as of writing this be found in Las Vegas and stands 167.6 metre or 550 feet, check out this list to see the others.

The round trip takes just 15 minutes to complete which is surprisingly fast. We chose to sit in one of the four glass floored and glassed seat capsules, although I think it’s more reinforced plastic than glass, (the other capsules are the standard metal ones) not that we payed much attention to what was directly below us.

Views from the ferris wheel

The views around are great and once the capsule reaches the highest point you can see a full 360 without obstruction and on clear days you can see right out to the Kansai International Airport to the Akashi Kaikyo Bridge and to Osaka city.

360 degree view from the top of the Tempozan Ferris Wheel

After our exhilarating ride we deserve a coffee and the coffee at Half Moon Cafe was very nice last time so we tried it again. It did not disappoint and we enjoyed it whilst eating our sandwiches soaking up some of the afternoon sun rays watching people come and go.

coffee’s from Half Moon Cafe

Back at the hotel Moni catches up on some work while I get the last of the washing done.

Farewell Sembayashi-omiya, our Friends as We Trek ...
Almost in The Ocean a Visit to Osaka’s Aquar...