A visit to Gruyere or Emmental is a must when in Switzerland. Not just because it’s the home to some of the best cheese, cream and chocolate in the world but also wonderful landscapes. 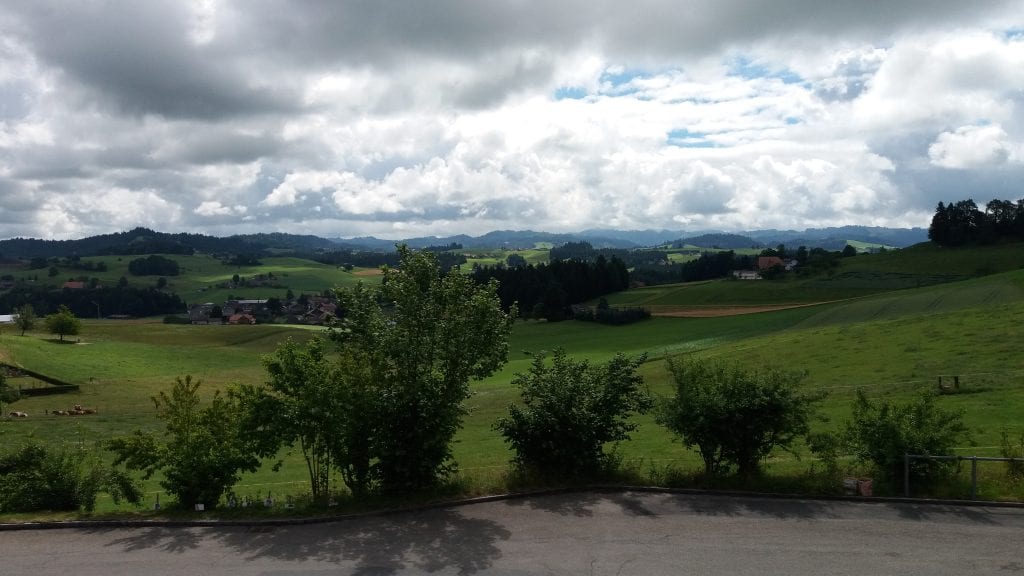 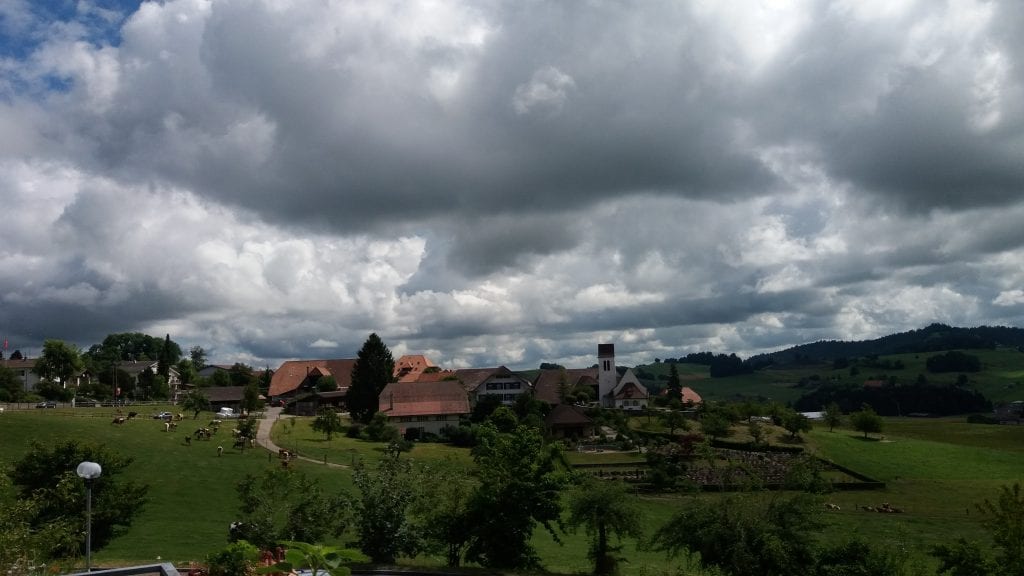 The Emmentaler cheese factory is surrounded by Högern and Chrächen and is located in Affoltern in Emmental. The village lies 801 m above sea level with its unique environment close to the river Emme. 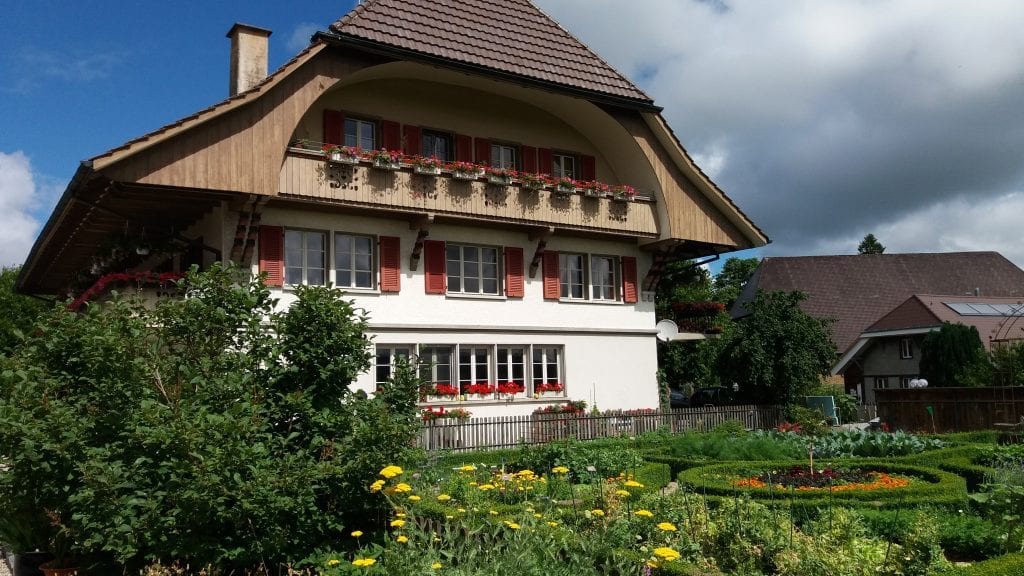 You have great views of the actual cheese dairy where they constantly produce cheese. 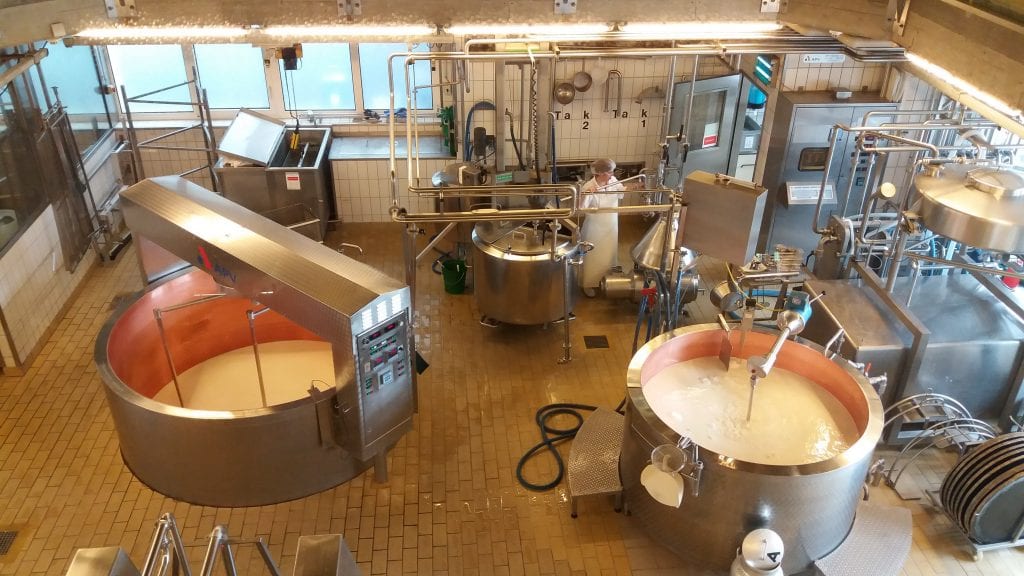 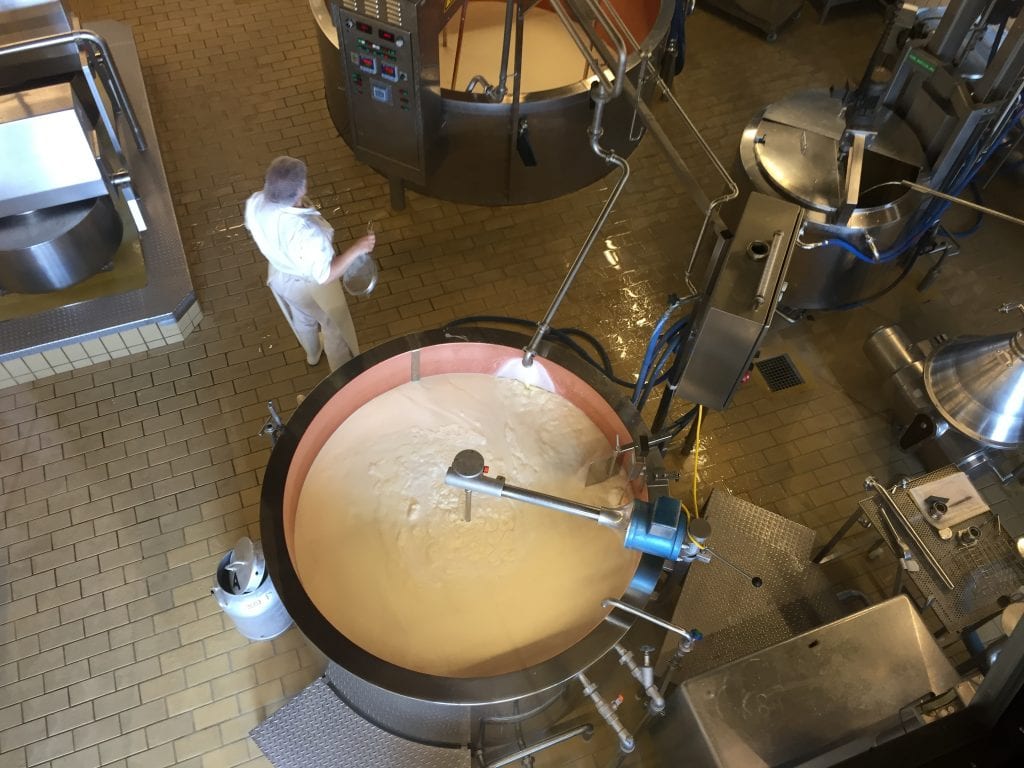 Naturally, you are behind glass windows to keep the dairy free from bacteria.

The shop is stocked full of many items other than Emmental cheese. 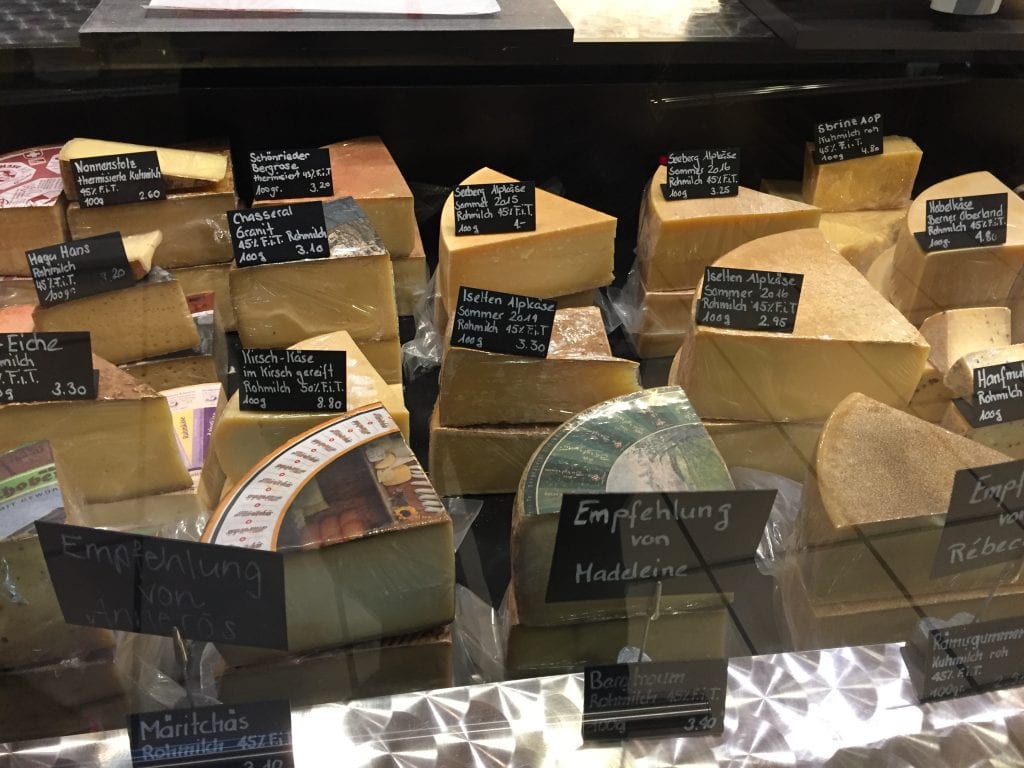 There are also cheese programs where you can actually make your own cheese. Check out the website which I’ve linked to above. 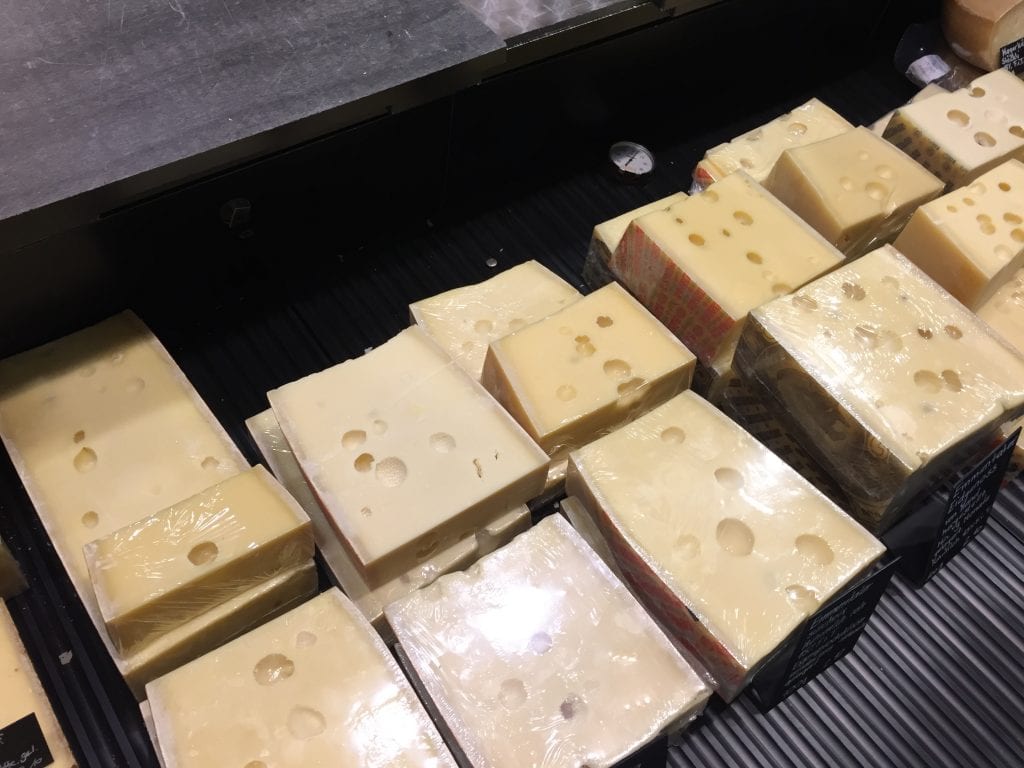 Plenty of cheese samples to taste 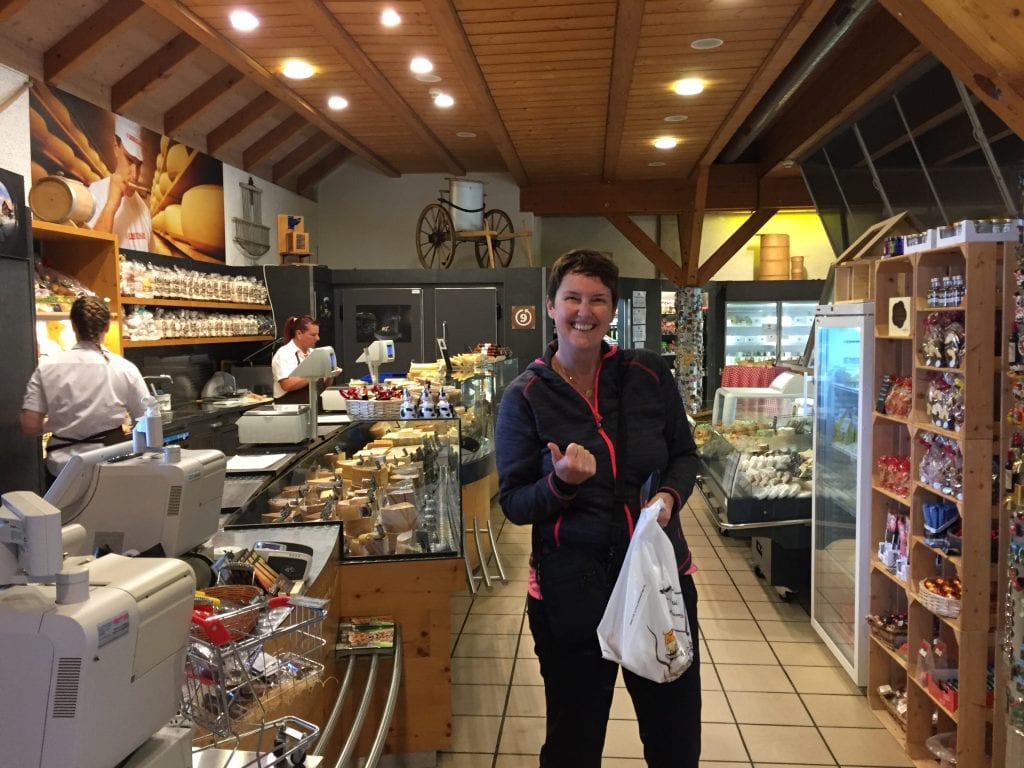 Not only can you see how the dairy operates today, but you can also walk around the original Emmental Cheese Dairy from 1750 and then to the next generation in 1900. 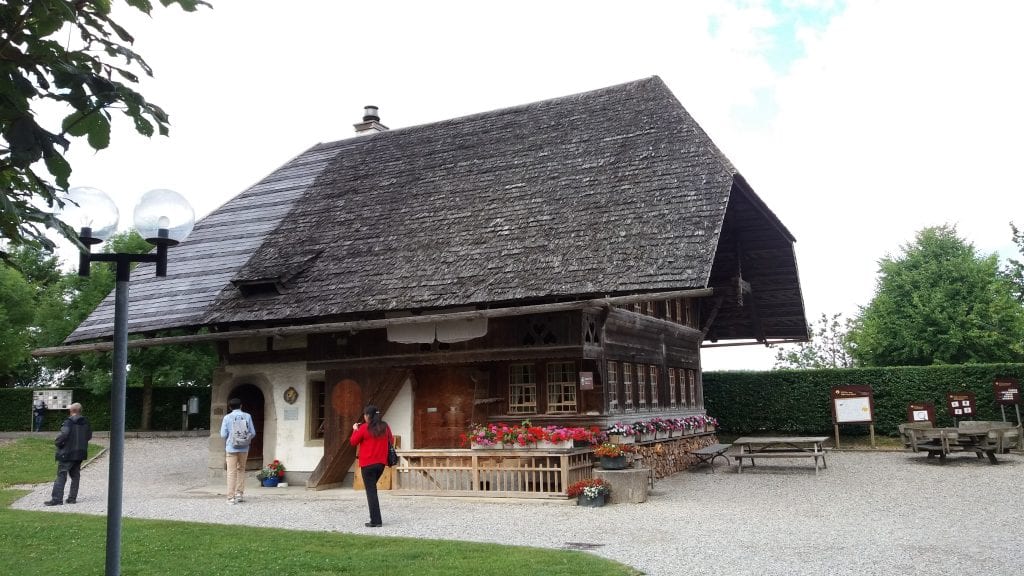 Inside the old Emmentaler kaeserei 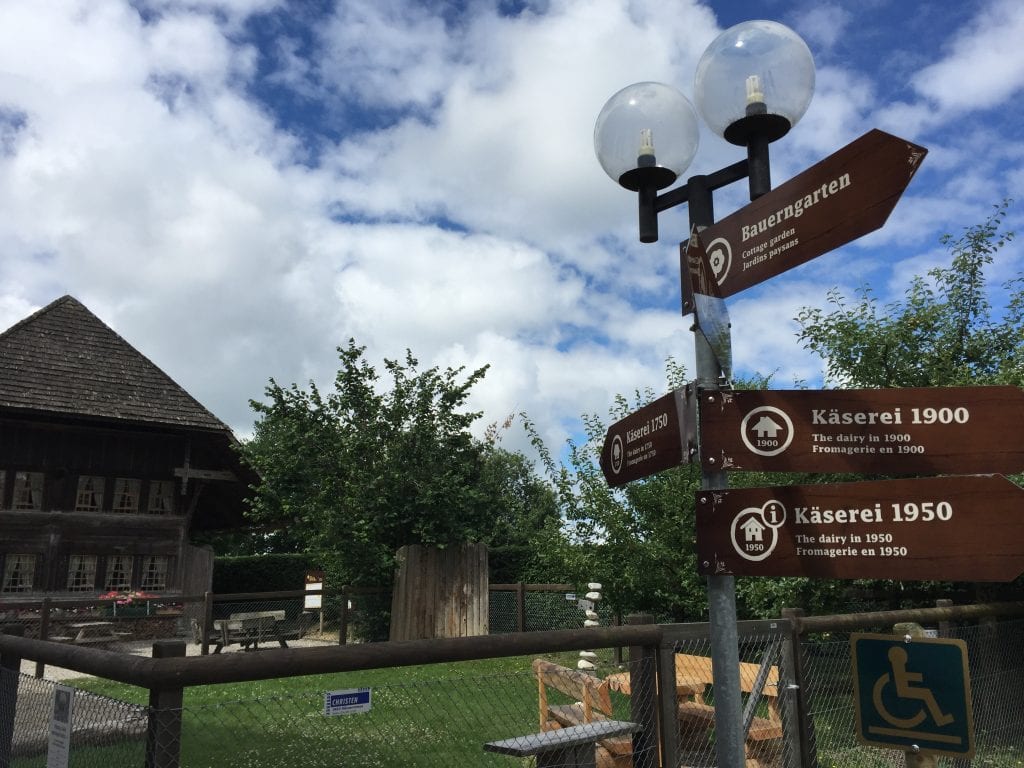 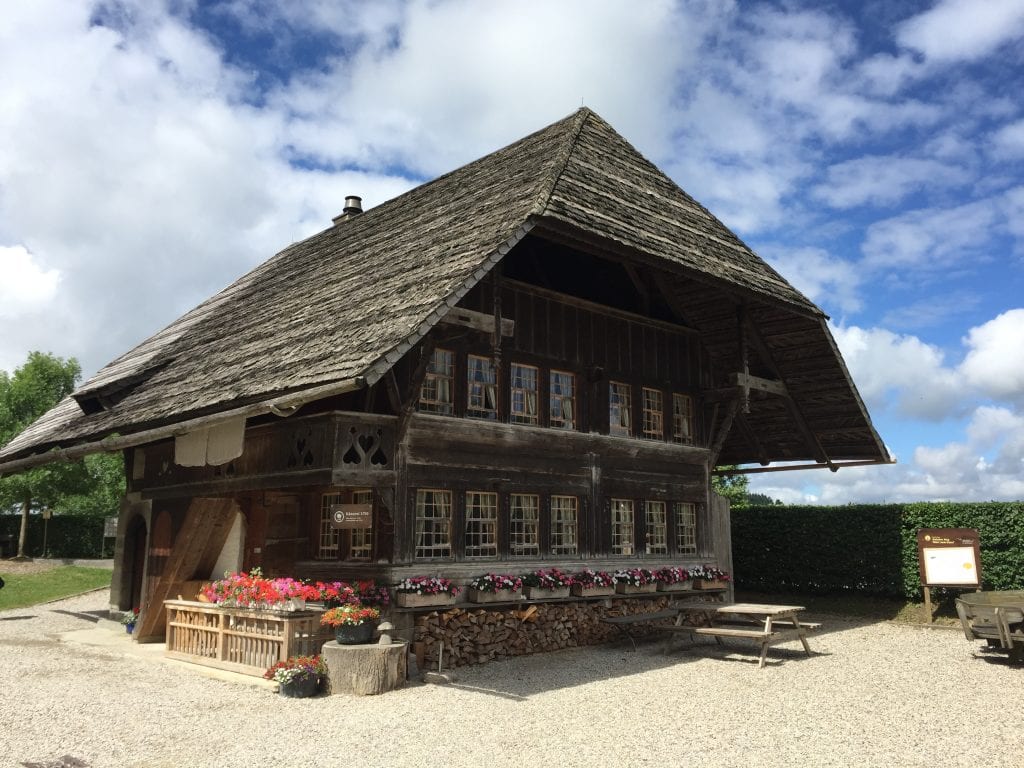 Lots of cowbells around 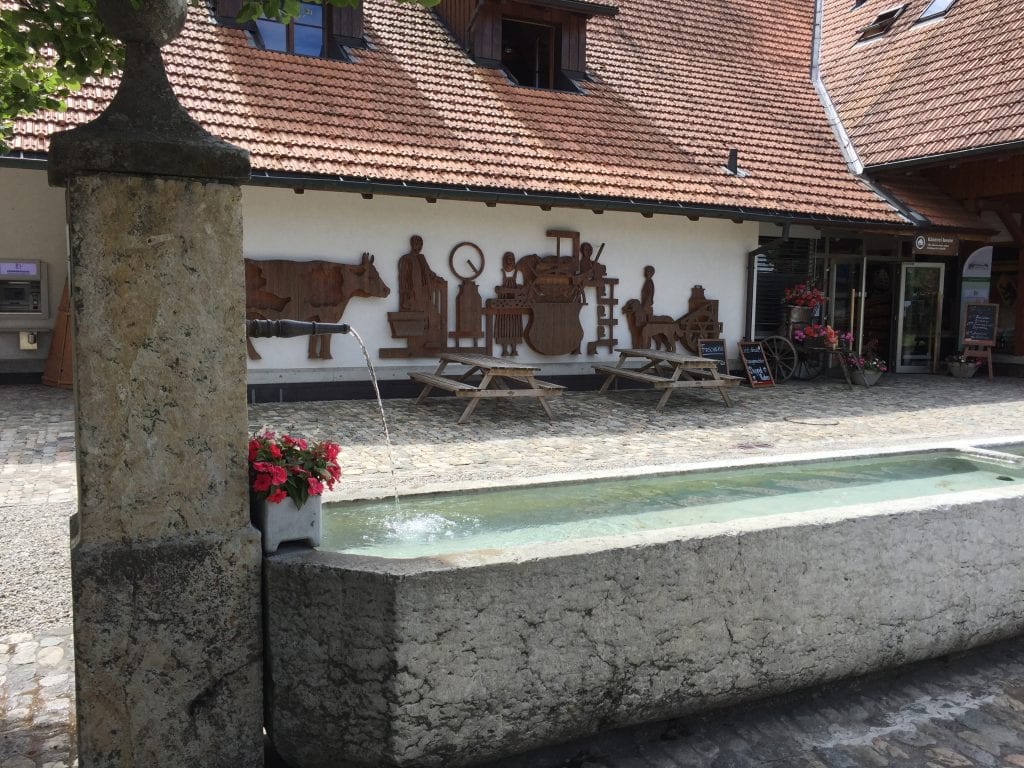 The views around are stunning and you can breathe in the fresh country air.

There is a restaurant on site where you can enjoy your favourite cheese or sweet dish. 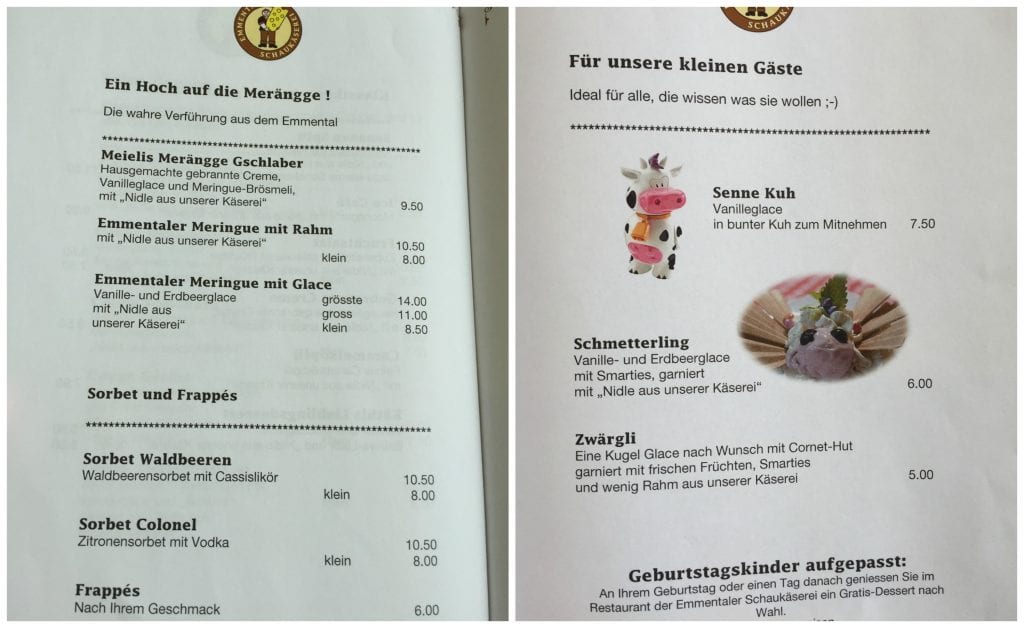 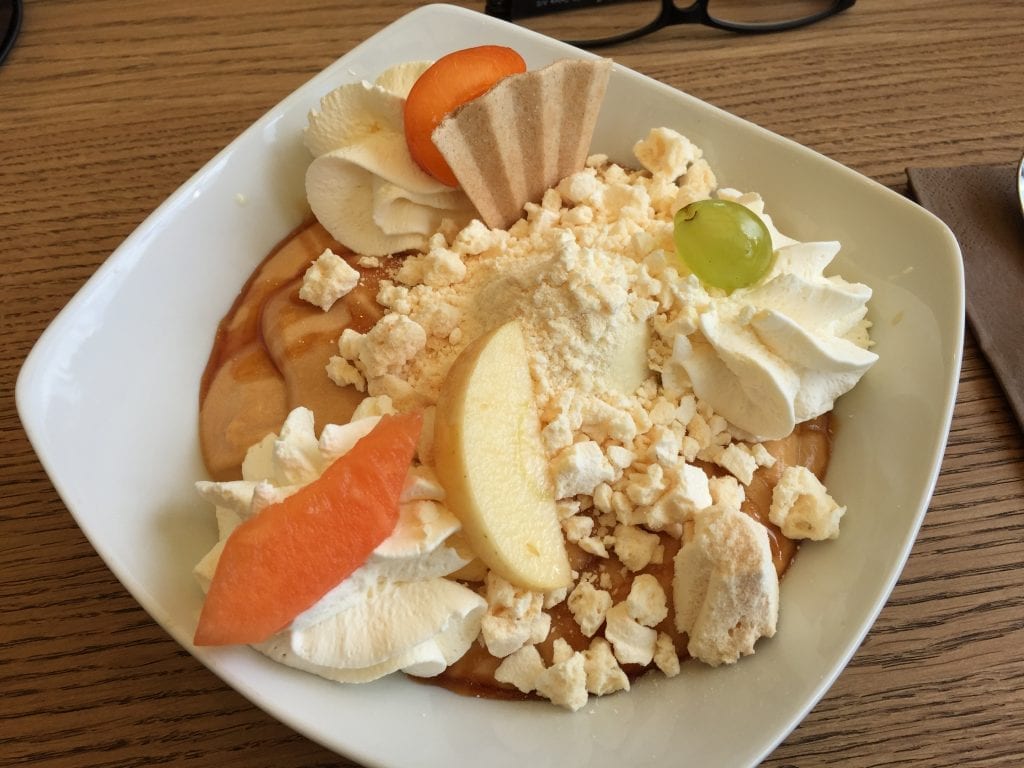 After all the tasting that we did, this was probably too much, but it was soooo yummy. 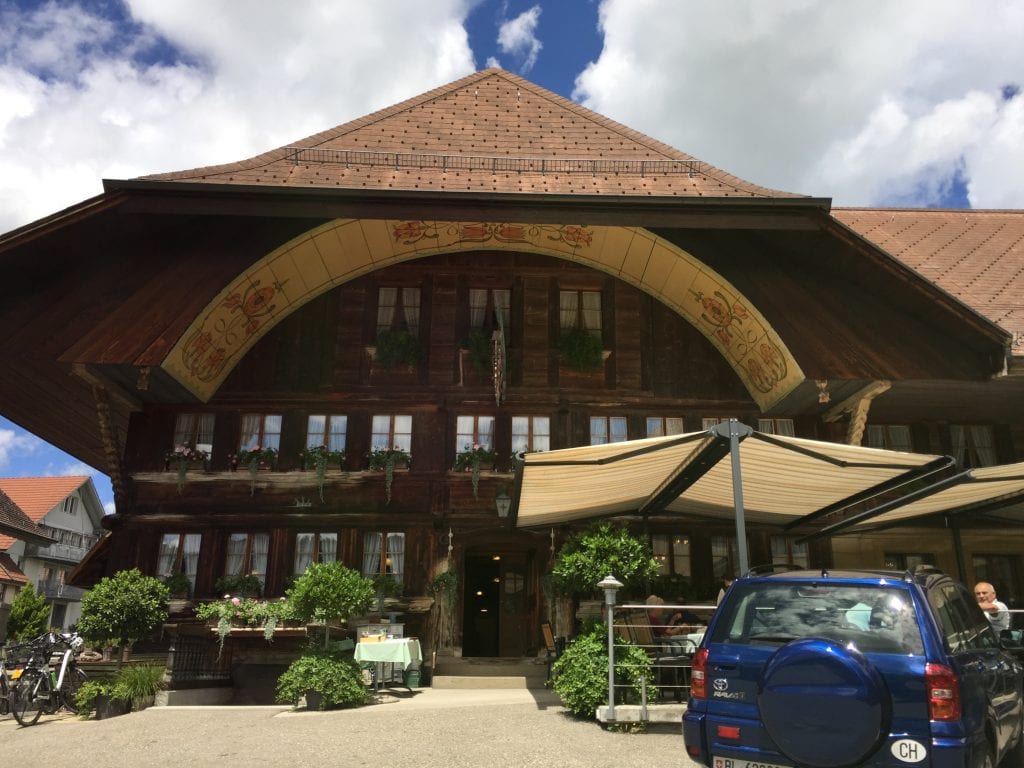 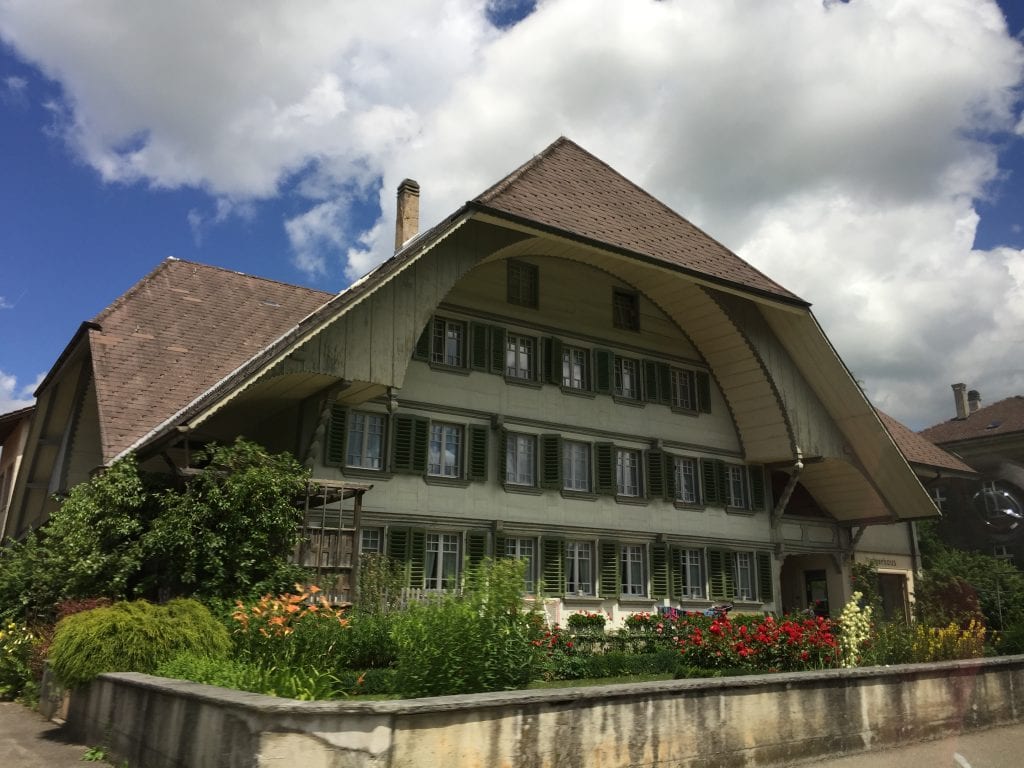 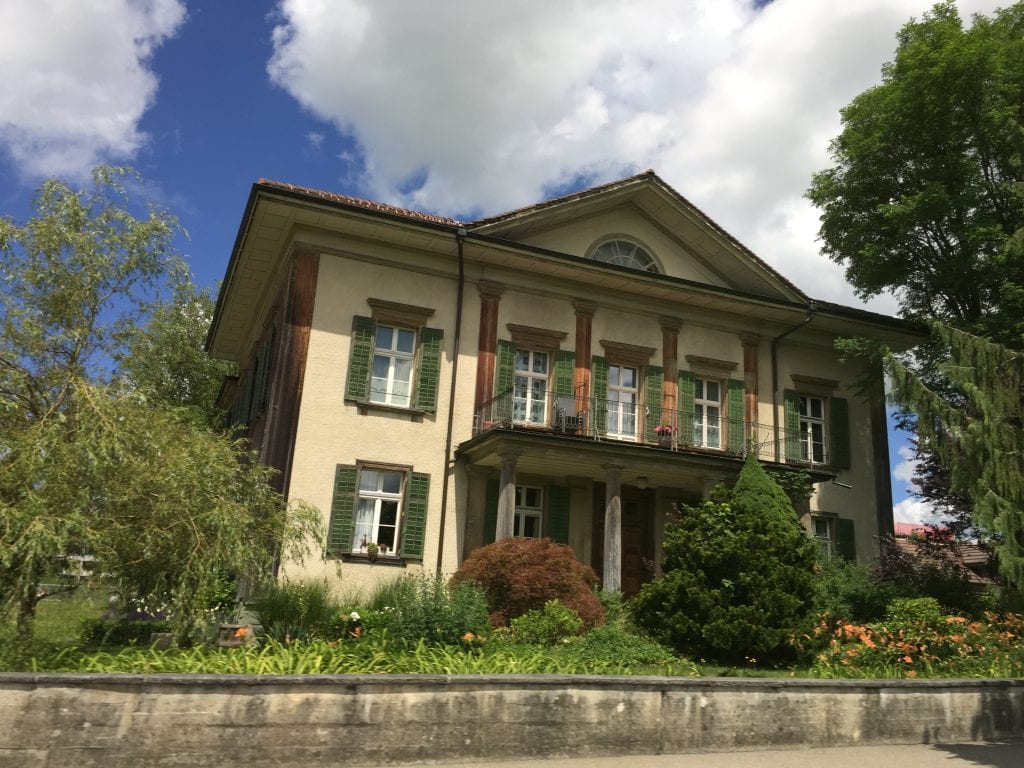 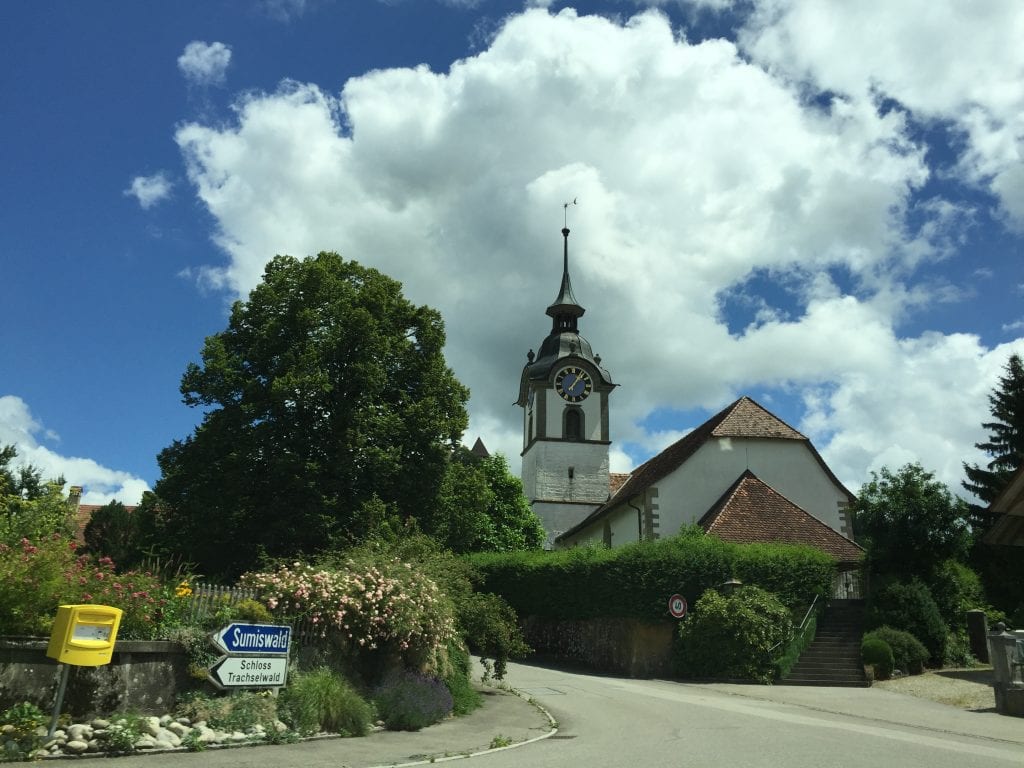