In Peru at the port of Salaverry. 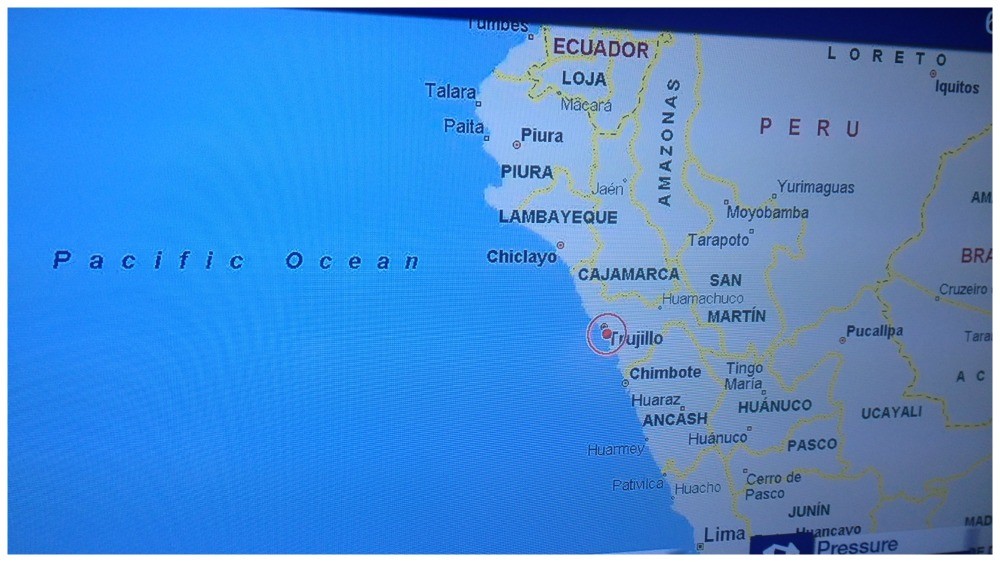 Trujillo on the Navigation map

We had slowed down in the early hours and came alongside around 6.30am, however we were not cleared to get off until later.

Moni had a coaching call to do at 8am which was good timing until the ships clearance was announced in five languages over the pa system, not so good for the clients call, at least that was good proof that we are on board ship lol.

Helen & Peter were already at the exit waiting for us by the time we had got there. We had arranged to meet the day before, and that we would share a taxi together which works out better value for all.

The area where we docked was a commercial area again and you can’t walk off the pier, thankfully the ship had a shuttle service that took us into Tujillo the city near the port town of Salaverry.

“The square & church in Trujillo in Peru”

This is the Plaza des Armas in Trujillo with the Cathedral of Trujillo in the distance. 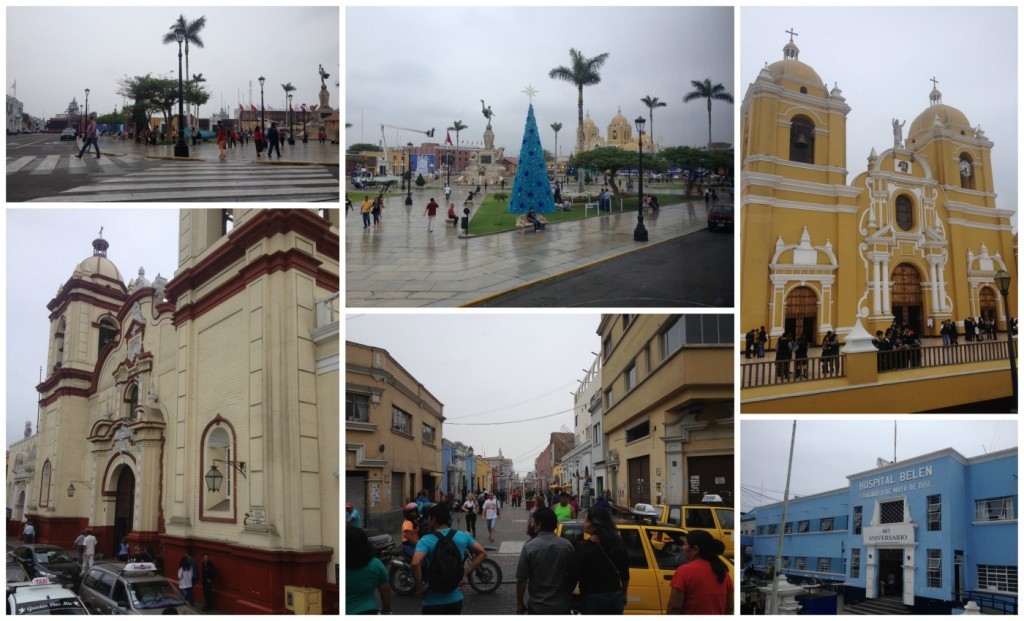 The square & church in Trujillo in Peru

This bus trip took 35 minutes and was like a mini tour as it maneuvered its way through the streets. Arriving at the town square we got off and immediately spoke with a taxi man and made arrangements to see a couple of places for the next four hours.

Architecture of the 18th and 19th in the Plaza Mayor of Trujillo. 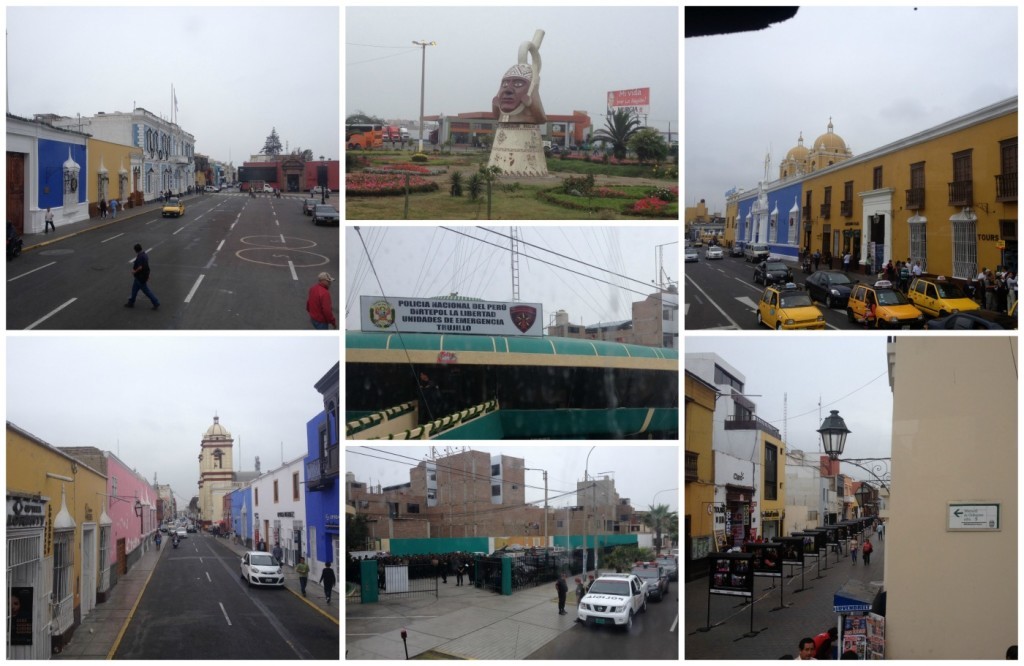 Images from Trujillo in Peru

We made our way by taxi to the historical center of Trujillo first and have a look around. 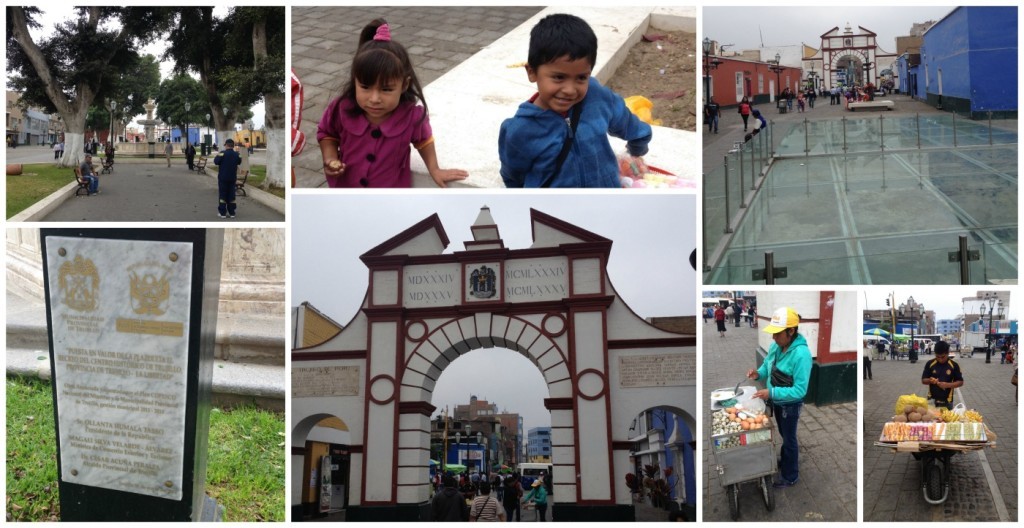 Next up we drove out to Chan Chan, a turn off the main road onto a dirt road took us out to the Chan Chan area, this place looked like the moon plains in the Australian outback covered in dust and sand.

The road to Chan Chan in Peru

Chan Chan is about a 30 minute drive through away from the town. The roads were quite busy and the drivers very erratic. What is noticeable is that the area is very dirty and smelly also very dusty.

Thankfully Chan Chan was not crowded with many busses of tourists yet and we could enjoy our self guided walk around. Entrance was $5 USD and guides were extra. It is a very popular tourist destination and is also a World Heritage Site.

We walked around for an hour looking at all the mud ruins that have been uncovered, apparently there are many more that are yet to be uncovered.

Some of the walls especially the outer walls are huge as you can see in these photos.

With it being a very dry area obviously back in the Chimu period around 1000 a.C. they made a well area which is the only part within the walls that is green.

A well in the Chan Chan site

Back at the cab we then took a short cut over the terrain back to the main road to make our way to the Moon & Sun temple. 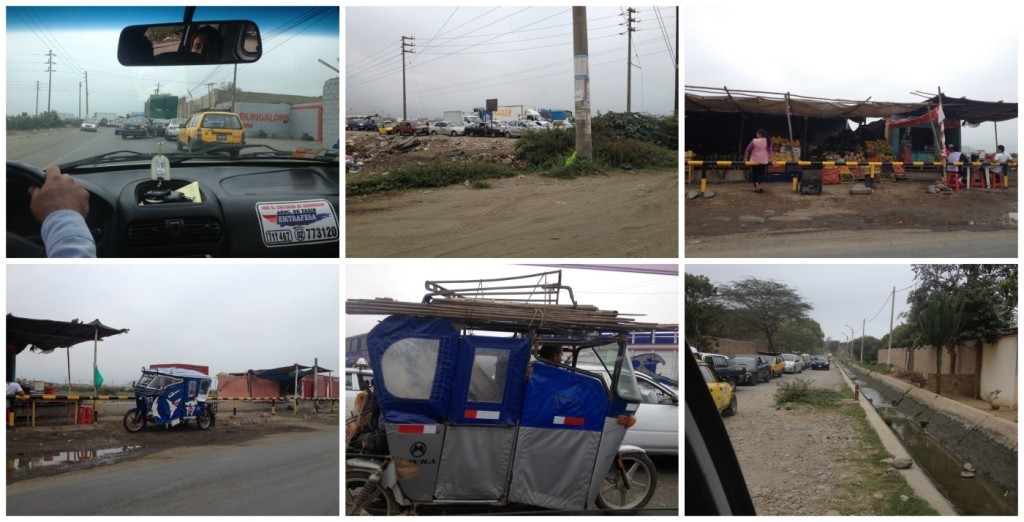 The roads to the Pyramid of the Moon in Peru

Traffic was crazy by now and going was slow, with the main roundabout in total gridlock… we later found out that some guests that were on tour were stuck for nearly three hours in the roundabout.

We made it to the Pyramid of the Moon and you can read about that here.