Today we took a drive into the National Park at Coffin Bay. Where we were greeted by huge sand dunes, rugged coastline and long empty sandy beaches with crystal blue waters.

Dirt roads on the Eyre Peninsula

On the way into Coffin Bay you can drive up to a lookout which is, unfortunately, a little bit blocked by the trees that have grown quite big now. You pass by the Coffin Bay cemetery which as our friend calls it… 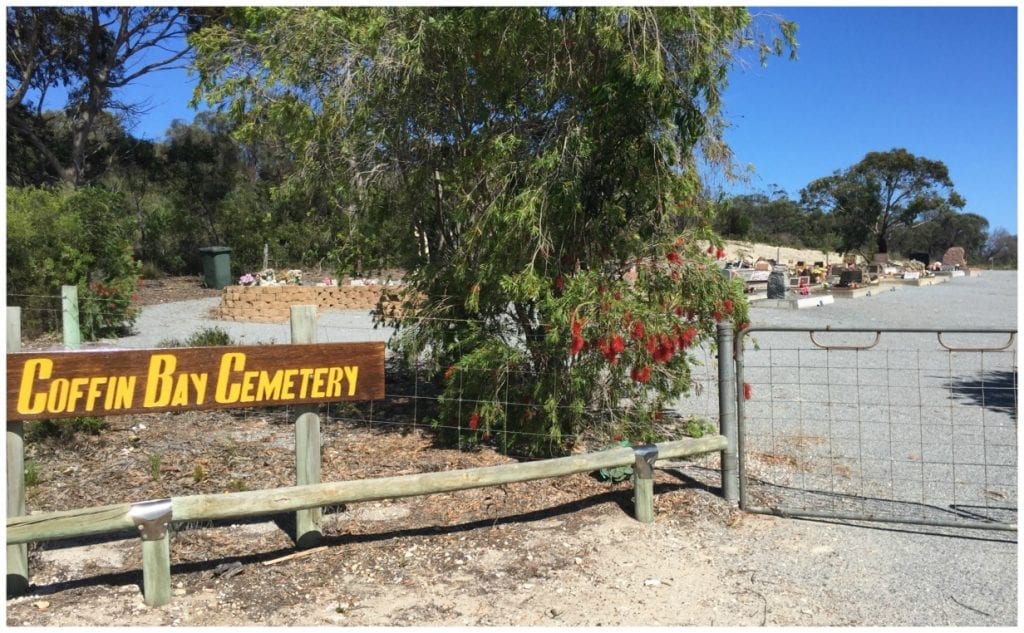 The dead centre of Coffin Bay

Driving through the town of Coffin Bay you eventually reach the entrance to the National Park.

All National Parks in Australia require you to pay an entrance fee today. You can do this online or at the local cafe in town which is what we did. It cost $8 for the car and three adults.

This was our second visit here, last time we actually took the 4wd on the beach. That was before we started this blog.

Always keep an eye out for wildlife, we saw kangaroos and this lizard crossing the way.

There is a good looking campsite in the park FYI.

The lookout at the end of the boardwalk offers great views with photos showing the various points of interest, be sure to stop and get your bearings. 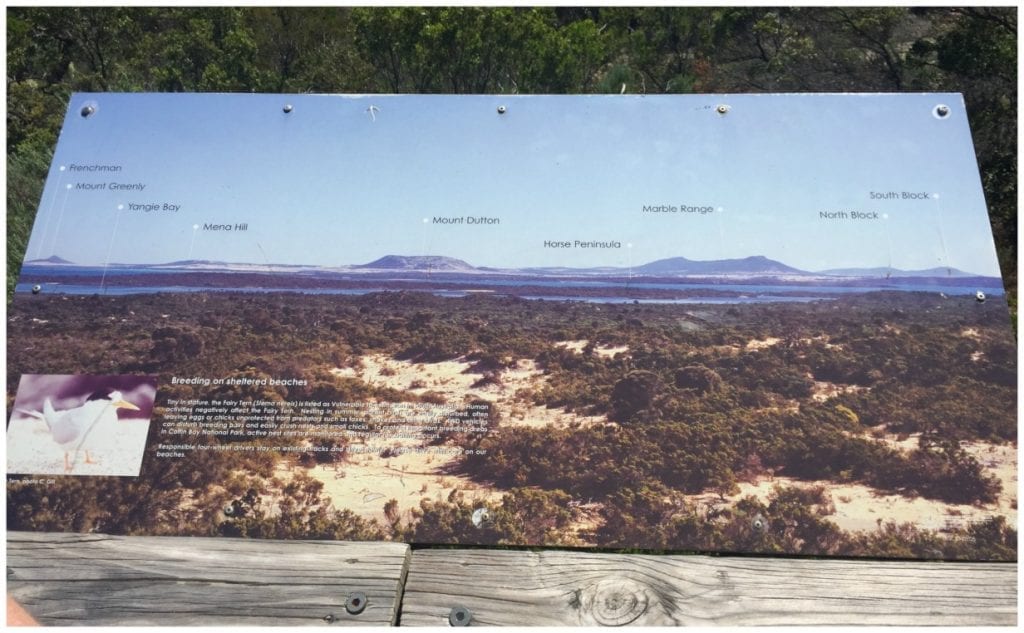 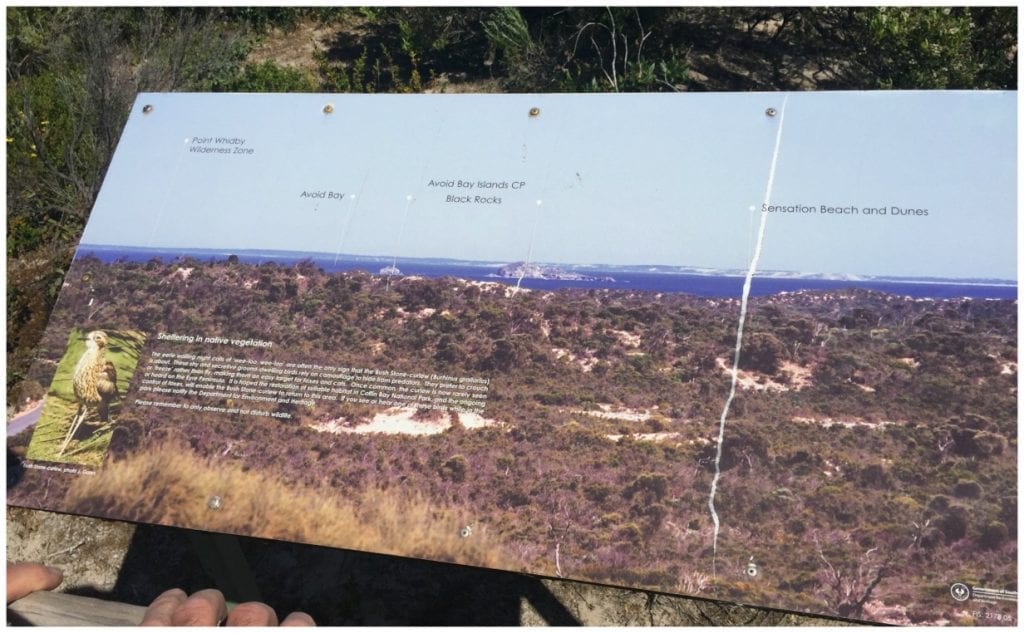 The road takes you past some stunning coastal scenery where you can just sit and become mesmerized by the waves. 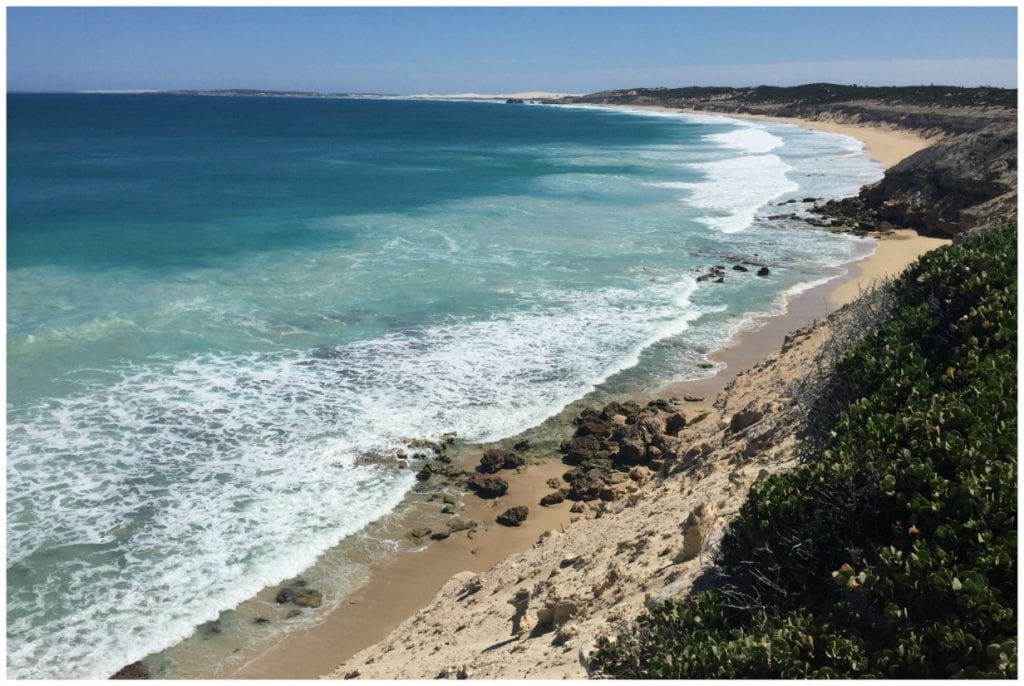 Some of the beaches you can’t get access to but there are others as you drive around that you can park and walk down to the beach. 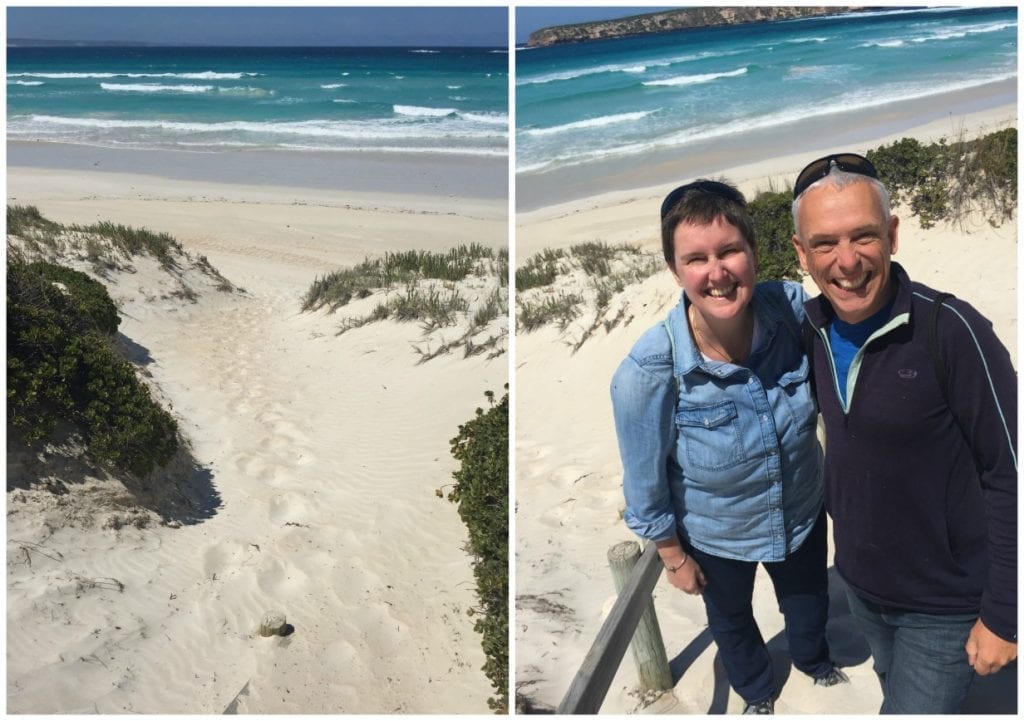 Coffin Bay National Park is certainly worth a visit and even better, a place to stay for a while. We were lucky to be able to visit whilst house and pet sitting on the Eyre Peninsula. 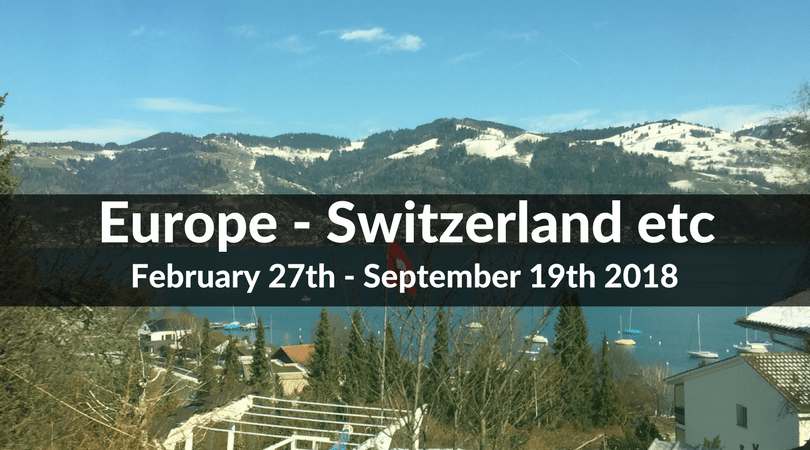 And we want to encourage you + empower you to crush your boredom and live an invigorated life.
Subscribe to our blog updates to stay posted on our adventures. Here's to BOLD moves with little steps.