First of all what is the Black Cat Service in Japan? The Black Cat service is basically a luggage transport delivery service anywhere in Japan and also in some other countries. This is a little about our experience with the Black Cat Delivery Service.

Having given up our luggage at the hotel in Osaka before leaving for our Golden Week sailing adventure we returned to Yokohama to stay a few nights before leaving Japan.

The only thing we could think of was that we’d have to post the luggage,  but that would be ridiculously expensive. Thankfully our friend Yumi had the idea to send the bags with a luggage forwarding service.

This was new to us and so Yumi explained. Basically you can hand in your bags at a Black Cat service store which are located all over Japan, even some the 7/11 stores will accept your bags with the correct forms filled out.

We inquired at the hotel reception in Osaka and were promptly handed the forms to fill in. With a little help from the concierge I filled out one and then did the others back in the room. The forms are easy to fill out (if you understand Japanese), no really they are just take a look at my photos and copy, simple.

We had four bags to send, two suitcases and two 70 litre back packs. There are size restrictions, but they are for really big bags so normal travel bags should be fine, but just measure to be sure. It was more about size than the weight.

Once I had filled out the four forms, one per bag, we proceeded to hand them in at the reception of the hotel. Our hotel had a standing order with the Black Cat service to come and collect bags twice a week, so we didn’t even need to take them to the nearest 7/11 or Black Cat service shop all very convenient.

The staff measured the bags and checked the forms, placing them into a clear plastic bag tag holder and attaching them to each bag, returning to me a copy.

The bags would be kept at the hotel until the next pick up day and then shipped to Yokohama to arrive on the same day as we would which in our case was 11 days from now.

The sailing adventure was awesome and I do hope you read those posts from each island that we stopped at and the wonderful people we met that touched our hearts in many ways.

On arriving at our hotel in Yokohama, Hotel Jal City which incidentally is great value with awesome helpful staff, we checked in.

Once the formalities were completed the head concierge mentioned that our luggage was already there. Great was our reply, only then he ushered me to the bags and pointed out that one of the suitcases was damaged, asking if it was already done prior to sending, I replied a definite no.

He instantly phoned the Black Cat service to report it and said that we should continue to our room and he would contact me shortly.

Up in the room we unpack the suitcase and bring it back down to reception, and about 30 minutes later I’m called down again to the reception. The head concierge and a Black Cat service person was present looking at the damaged suitcase, (by the way a Samsonite 10 year lifetime warranty case)!!

We manage to communicate pretty well and to cut to the chase, he took it away to see if it could be repaired.

An hour or so later I receive a call from the reception to please come down… The same Black cat man was there and no suitcase only our tags. He explains that it is not repairable and that they company will replace it with a new one, asking when it would be possible for us to chose one. A bit taken a back with that, I said that afternoon, he was cool with that and said someone will be in touch.

Around 4pm a young man knocked at our door from Black Cat with a beaming smile, he said that he was there to organise a replacement suitcase and that we should go now and get one. Off we go walking down a few streets to the shop that he told us we’d go to (not that we had any idea). Arriving at this shop we were told to choose one, so we had a look, there was no exact replacement just newer models of the same make and other makes.

After a while we had decided on the new replacement case, it was a slightly bigger one than our original as the supposed same size was a bit smaller, and with all our stuff it wouldn’t fit. The bigger one was going to fit easily. The Black Cat man proceed to pay for the case, I think through a business account or something. 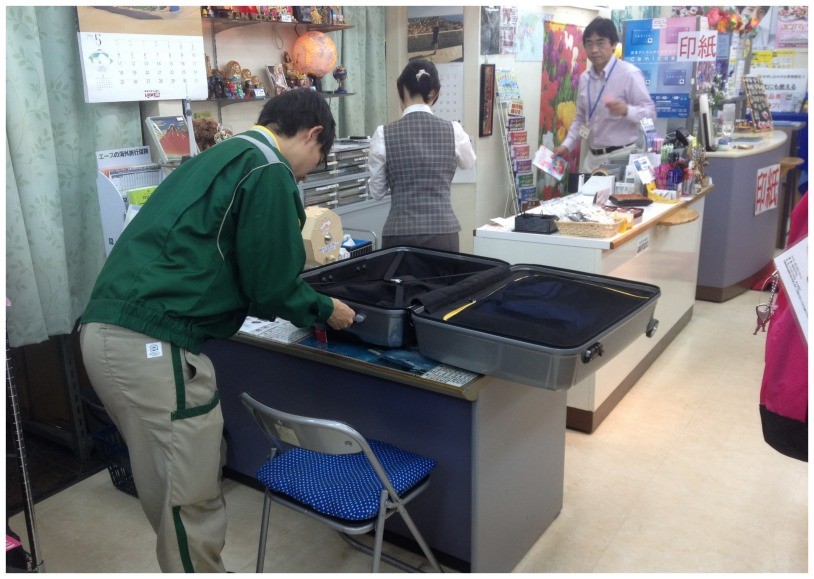 He then carry’s the case out of the store and all the way back to the door of our hotel room, not once allowing the wheels to touch the ground, that was impressive. He then handed it over to us and apologised once more, we said a big thank you and he then left. 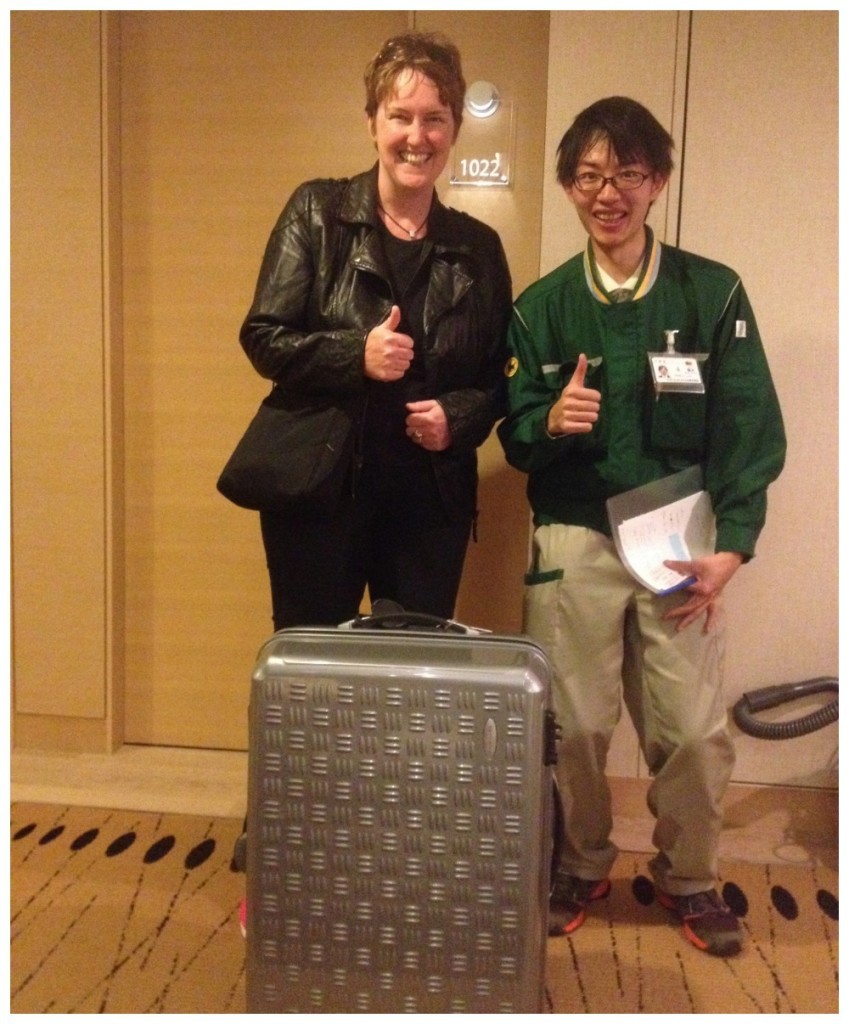 Delivered to our door with a smile

What an incredible experience, within six hours of us realising that our case was damaged we have a brand new replacement in our hands, no questions, no paper work, no claims form, no waiting 8 months for it to be processed, no bulshit excuse from an insurance company saying it’s not covered, nothing… Just a brand new replacement suitcase. WOW we have so much to learn from the Japanese people and business customs.

So to end our Black Cat Luggage Forwarding Service post, I’d like to fully recommend it without hesitation, it is without a doubt an excellent service at an unbelievable competitive price. We will most definitely use the Black Cat service when in Japan next.