A short trip into El Poblado from Envigado which is the next town.

We took the bus that said Envigado on the front, kind of strange when we want to go to El Poblado. But the stops listed did say El Poblado and they go back and forth all the time.

The public transport is really good apparently, we are yet to try the train (metro) but we will next week.

The bus ride costs 1700 Peso $.95 cents AUD regardless of where you get on or off. Our journey took about 15 minutes, it was a stop and go ride, they drive very fast and then hit the brakes… so you need to hold on.

“The bus to El Poblado – Envigado”

We even had an entertainer on our bus, he played music from his music box, cd or what and sang songs while holding on for dear life. Then he walked through the bus and people gave him some change. The bus ride back to Envigado was in a similar bus this time no busker just loud dance music. The driver looked only just old enough to be driving. 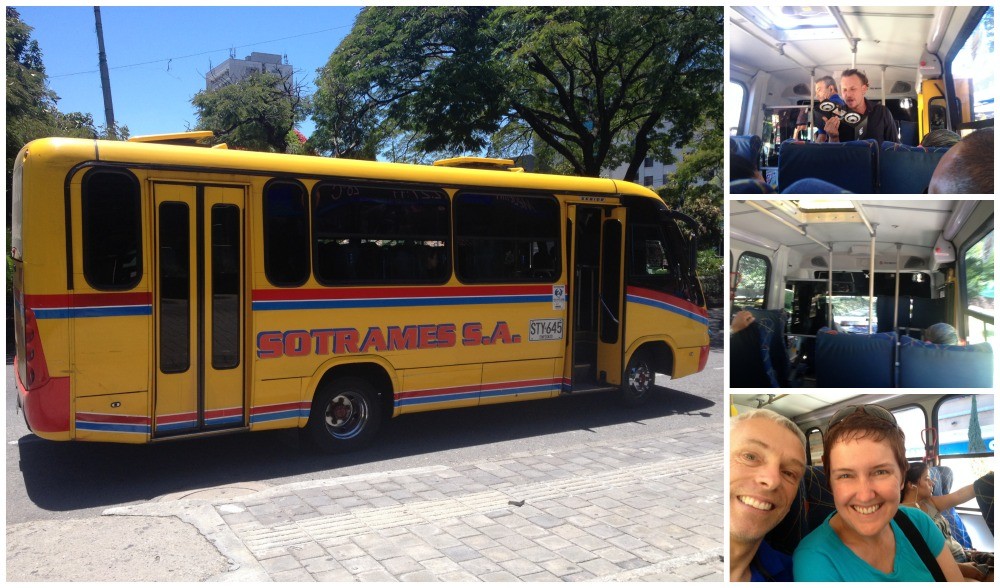 The bus to El Poblado – Envigado

We got off the bus and proceeded to walk around, not really heading anywhere in particular. Down one road back up the next until we spotted a juice bar and decided to have a ‘banana split’… Not quiet a juice I know, but very nice indeed considering it had grated cheese sprinkled on top. Not sure what cheese it was, but it worked well. 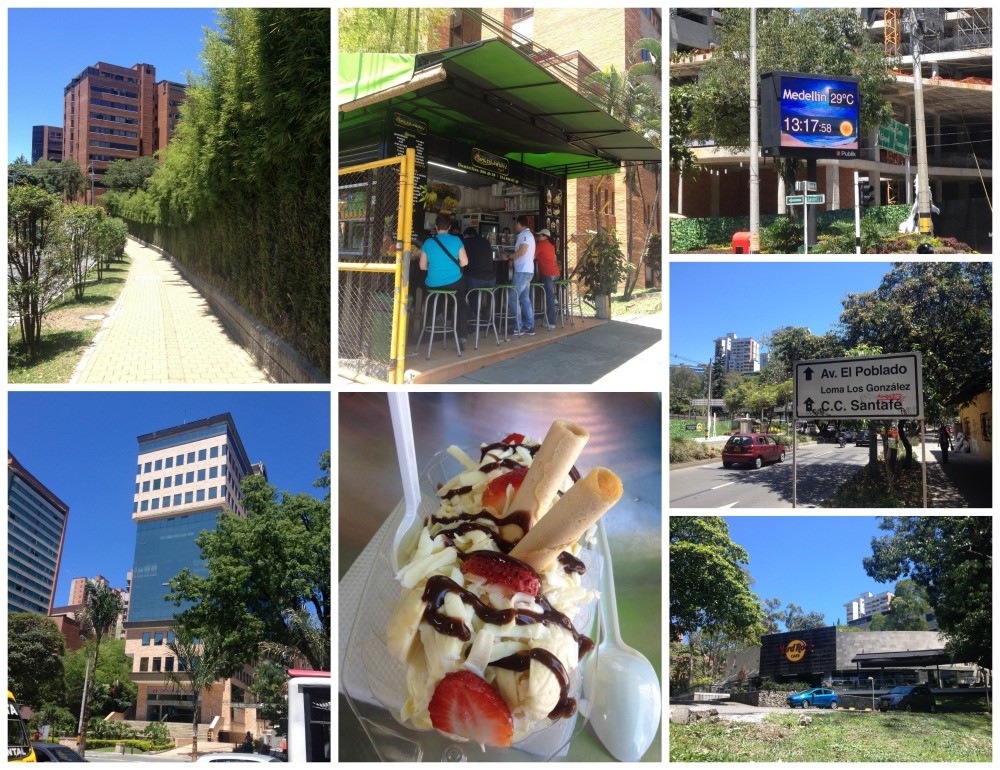 “We spent some time walking around in El Poblado”

Then we continued on our walk around before finding a place to have a beer, which turned into lunch and an expensive one at that. 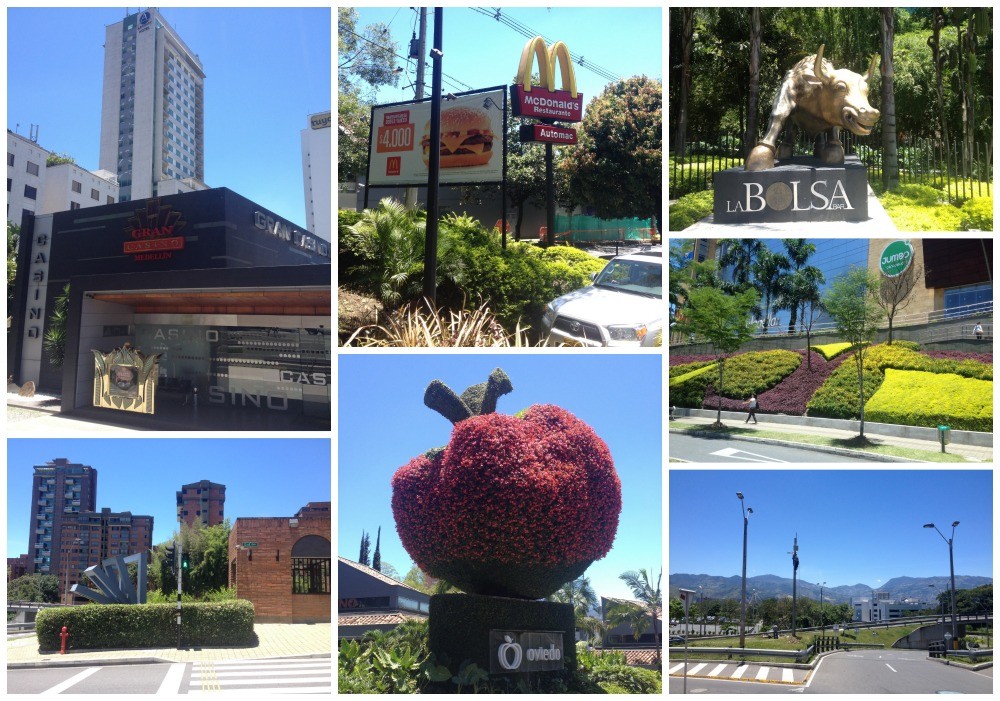 A few images from El Poblado

We got talking to the manager who spoke English pretty well and he was spending lots of time with us, he then had lunch with his wife and grandmother on a table in the restaurant. We enjoyed our ‘Cordon Bleu’ from beef with salad and fries with a couple of beers… A whopping 93,000 Peso $51.85 AUD way more than the daily menu in Envigado.

El Poblado is known to be more expensive than other areas around. 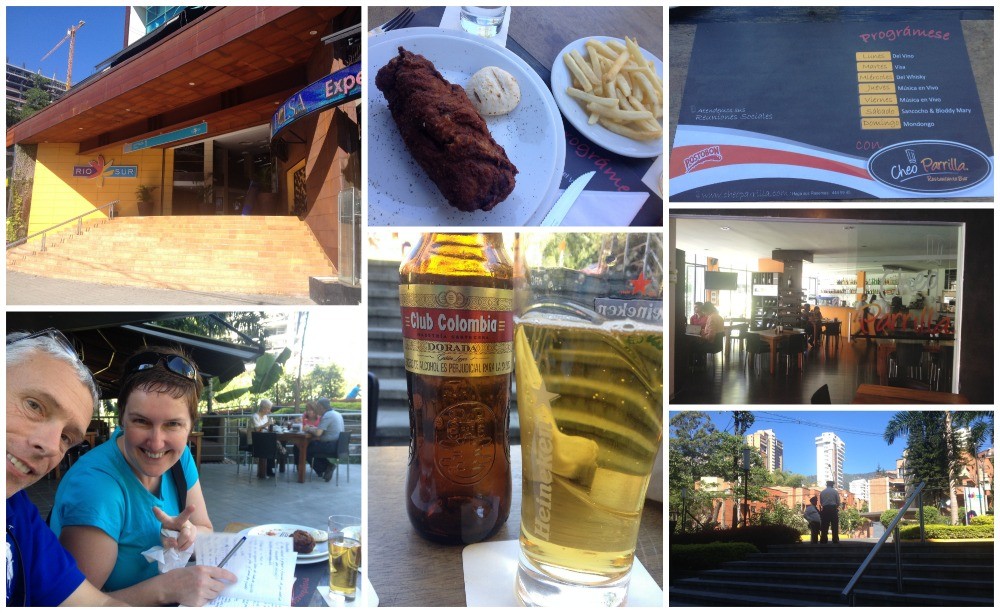 After lunch which was a huge meal, we walked some more and came across a book shop where we found an English – Spanish book to help us with our spanish learning.