Our first Japanese bbq invitation in Japan with our new friends. Japan people are some of the most generous and kindest that we have met. Japan has such a high level of hospitality and respect for each other, it really is something to experience if you ever have the opportunity to.

I’m up and sorting out photos while Moni sleeps in.

Eventually we are showered and ready to make our way to our friends Toshi & Yumi for bbq lunch. We arrive just after midday perfect timing and meet new friends that will be sailing on ‘Big Elle’ in golden week with us… Nack and Tom with there wives & kids, also Kojak and his wife.

“bbq in Japan with Toshi, Yumi and friends”

bbq in Japan with Toshi, Yumi and friends

“Oh did I just mention sailing during Golden Week in Japan”

whoops I let that out. Golden week is a holiday time in Japan and depending on what day it falls on determines the actual length of the festive period.

Anyway this year it is from May 27th to June 5th and Toshi has a yacht called ‘Big Elle’ which he takes out sailing when he has holidays. The next sailing time being Golden week and Toshi has invited Moni & I to join the crew and sail from Osaka to Nagasaki for ten days on the 55 foot yacht ‘Big Elle’. Can you imagine what we said… “Um nah I’m not sure if I”…. Hell YEAH… Jumping around like little kids all excited is what we said.

After introductions to each other, we made cheers (Kampai in Japanese). Then had what Toshi calls real Japanese sushi, build your own style. Taking a small square of nori you spoon on some rice and then place on your choice of filling, fold up and eat, doing all of that in the hand without a sushi mat. It’s very nice, yummy yummy… 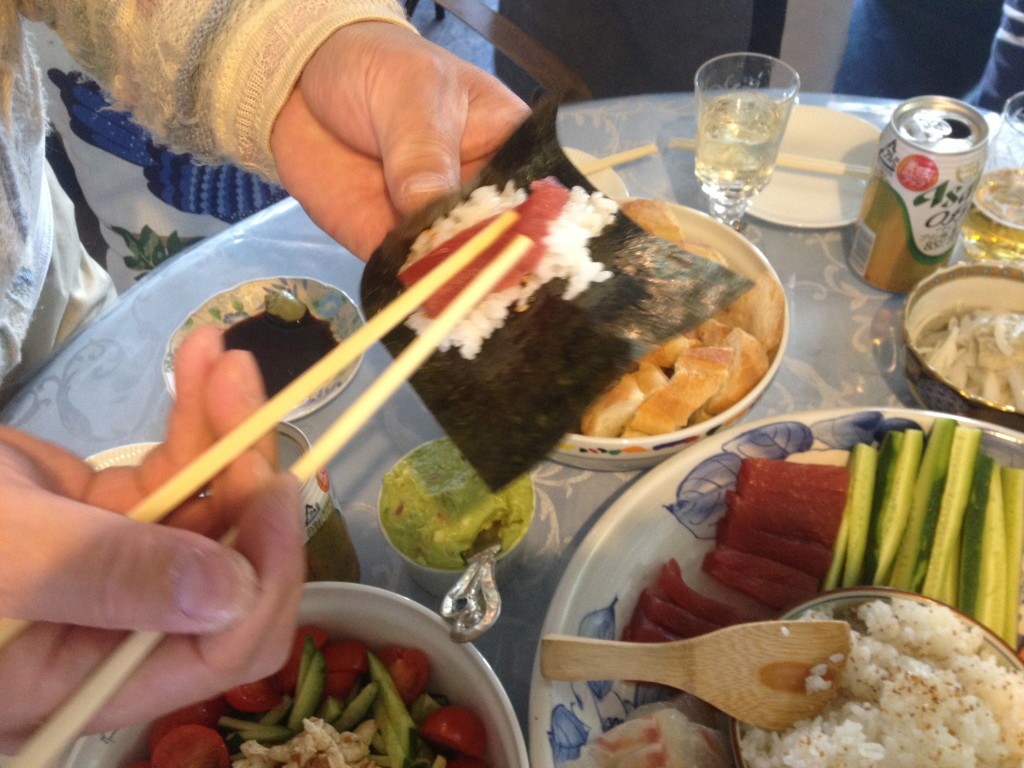 Real Japanese sushi made in the hand

Today is Sunday and at 2 o’clock the meat will be delivered which Toshi had ordered from Kagoshima, yes the very south of Japan.

but it seems normal here. We sampled Osaka champagne which is cloudy, followed by beer from Spain and many more.

The meat arrives and our new friend Take pronounced Ta-ke, unpacks the box, its like christmas, lots of wrapped packs of meat… two types of wagyu, two of pork, a big pack of tongue, Toshi’s favourite and more which I’m not sure of, plus bottles of sauce.

“All very expensive products and we feel very honoured” 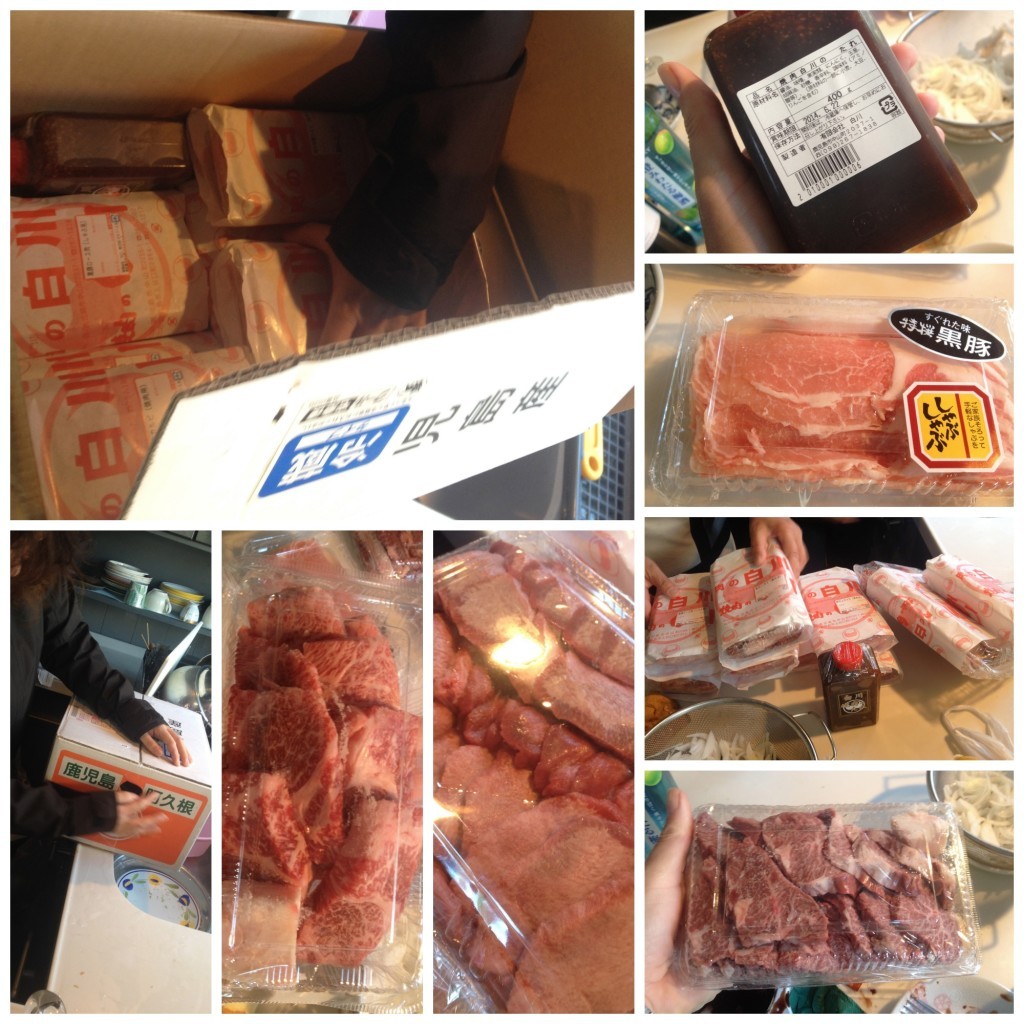 Kagoshima meats delivered to Osaka on a Sunday afternoon

The bbq is lit outside and soon we move out to the verandah to cook and eat. It is cold but the sun breaks through now and then to help warm us. 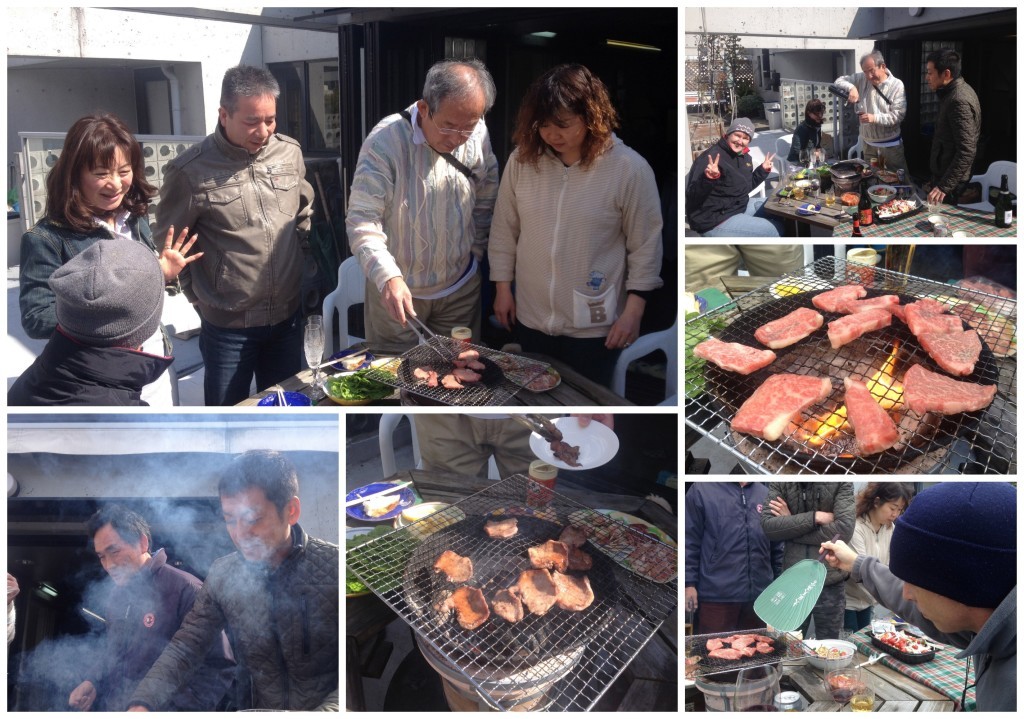 Images from grilling on the bbq

Toshi bbq some meats and we enjoy. kojak and his wife bought some Cabernet Sauvignon wine from Sirromet winery which they bought when they visited 10 years ago, they actually bought 40 bottles back to Japan, this one was a 2005 cab sav and very nice indeed. They brought it today because Toshi told them about the crazy Australians coming for lunch, how nice.

Then we had Jacobs Creek amongst others bottles everybody made a real effort to make us feel very welcome and we certainly did. I must say it was very special and we both feel so privileged to be in such wonderful company,

“We feel like we have known these people for many years, quite amazing having only just arrived from Australia” 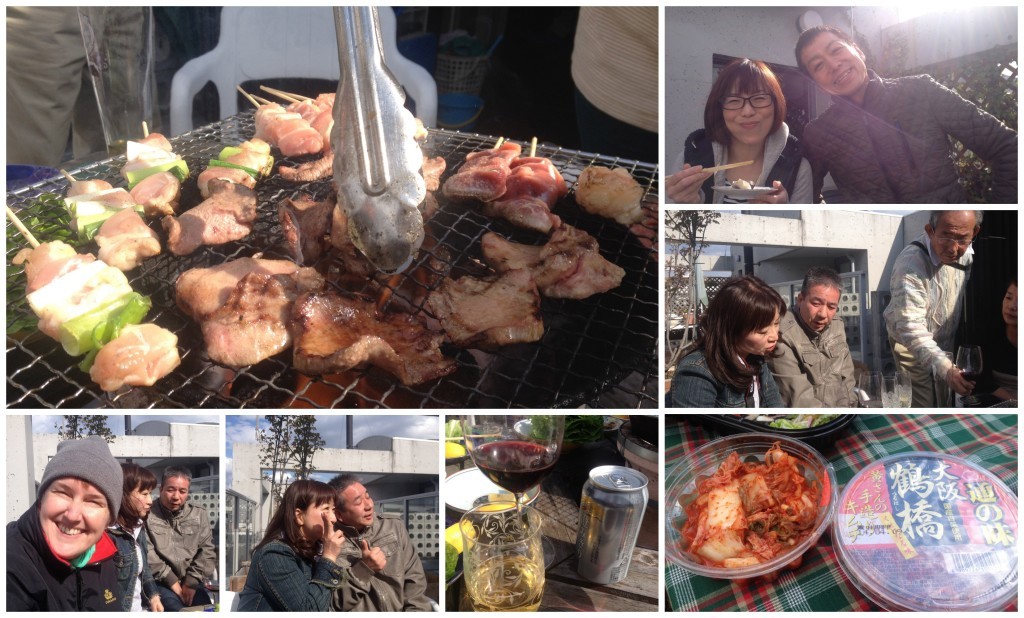 More images from our Japanese bbq in Osaka

We eat and eat lots of meat which is so tender, the tongue which is Toshi’s favourite is also tasty, not as tender as the wagyu, especially the top quality which just melts away, this would cost an absolute fortune in oz, even though it is very expensive here too.

After the grilling of the meats we move back inside, which is good as it is dam cold. The sun has been blocked out by the clouds, the cherry blossoms are falling and blowing in the wind and Japanese children are still enjoying themselves playing in the park.

“Next Toshi prepares and cooks his special Okonomiyaki dish from Osaka”

Shredded cabbage, prawns, squid, egg, flour and water. This is all mixed and then cooked on a flat top. Slices of Pork like bacon are laid on top before it is turned over. 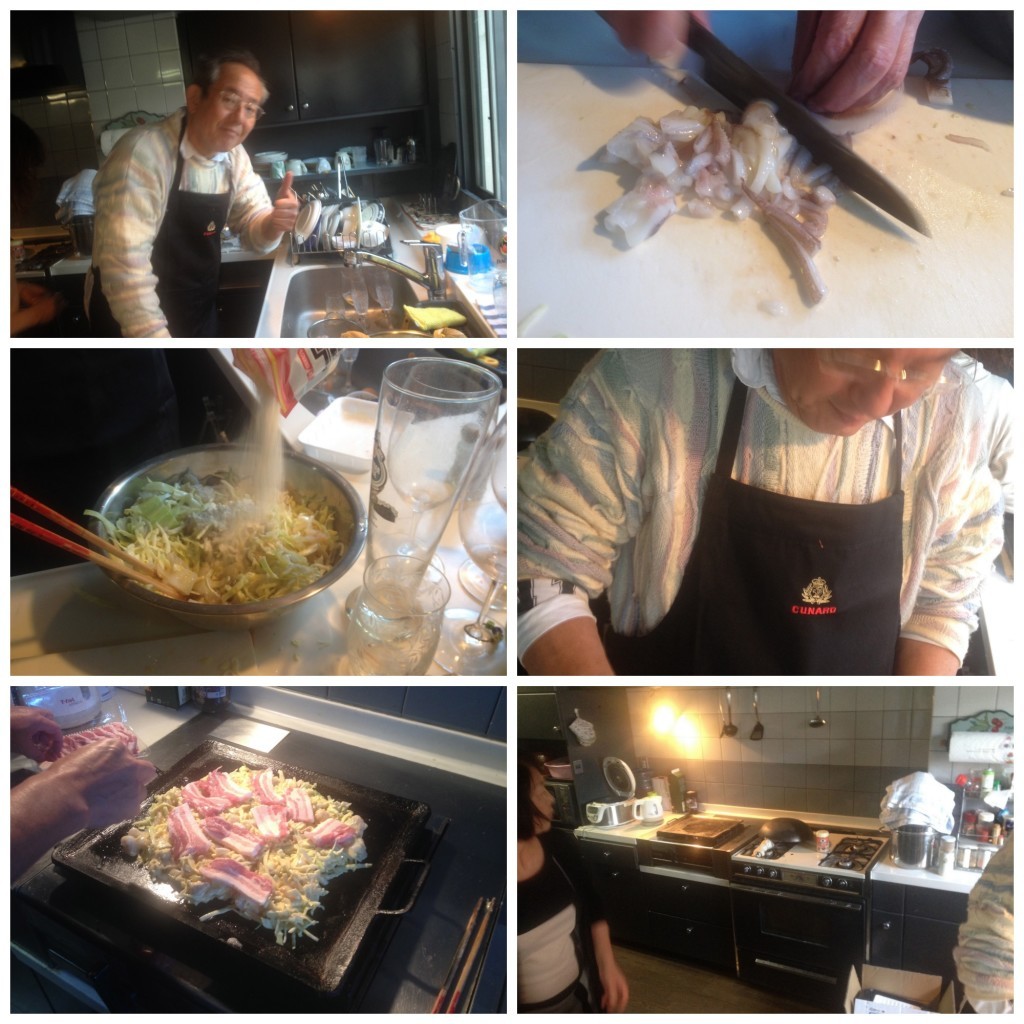 This is then covered in sauce and seasoning before serving. And the finished product is yummy.

After all that food and drinks we follow it with hot cheese flamed with Hennessy and dip into it with crusty bread. Then coffee, biscuits and chocolates all really nice. 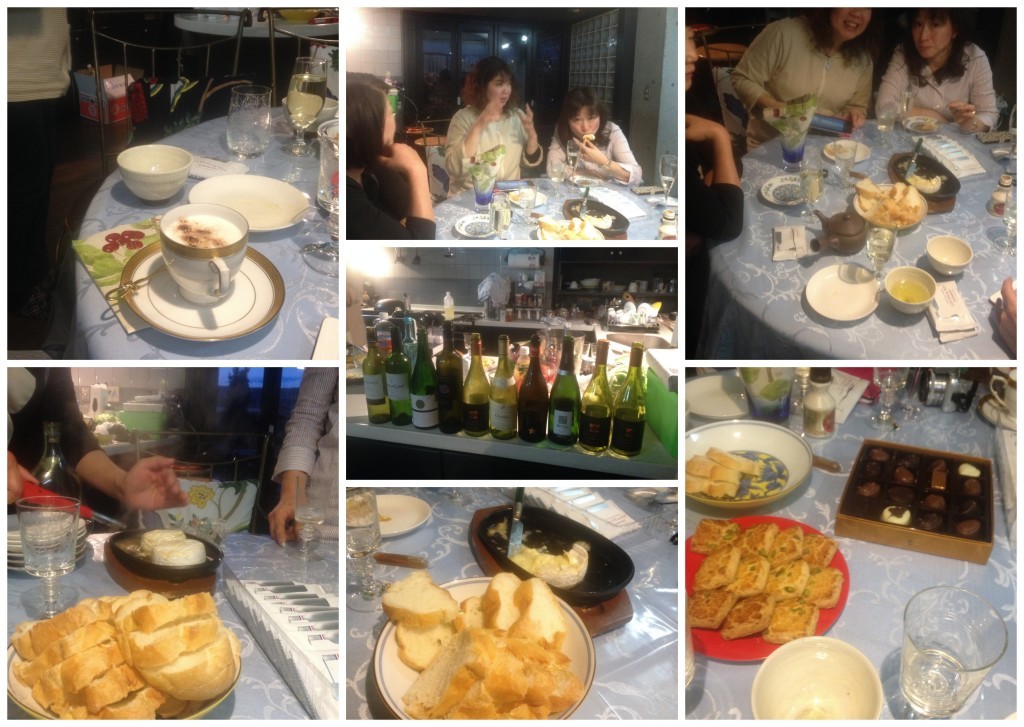 The only thing left is for us to help with the dishes.

Eventually it is time to make our way home, we say our goodnights to those that are left and off we travel home safely. What a great experience, meeting such wonderful people and being so spoilt.