Today we get to visit Wakayama where we will prepare things for tomorrows sailing on the yacht ‘Big Elle’. Before we go though we must do some shopping for food in a local Japanese supermarket, where we buy some unusual items for party night on Big Elle.

Before we make our way to Hirano we fuel up ourselves with an early lunch at our favourite place.

Arriving at Osaka station we exchange our second JR Pass voucher for the actual JR Pass at the ticket office, before we take the subway to meet up with Toshi.

Everything went smoothly and hence we were early so decided to have a coffee. I asked the server if we could have coffees in the non smoking area which is where we sat.

“It was the worst coffee ever”

Moni had a cappuccino and I had ordered a flat white, mine was just black juice to which I added milk. The milk came in the smallest of jugs, very much like a thimble, needless to say I was not impressed. 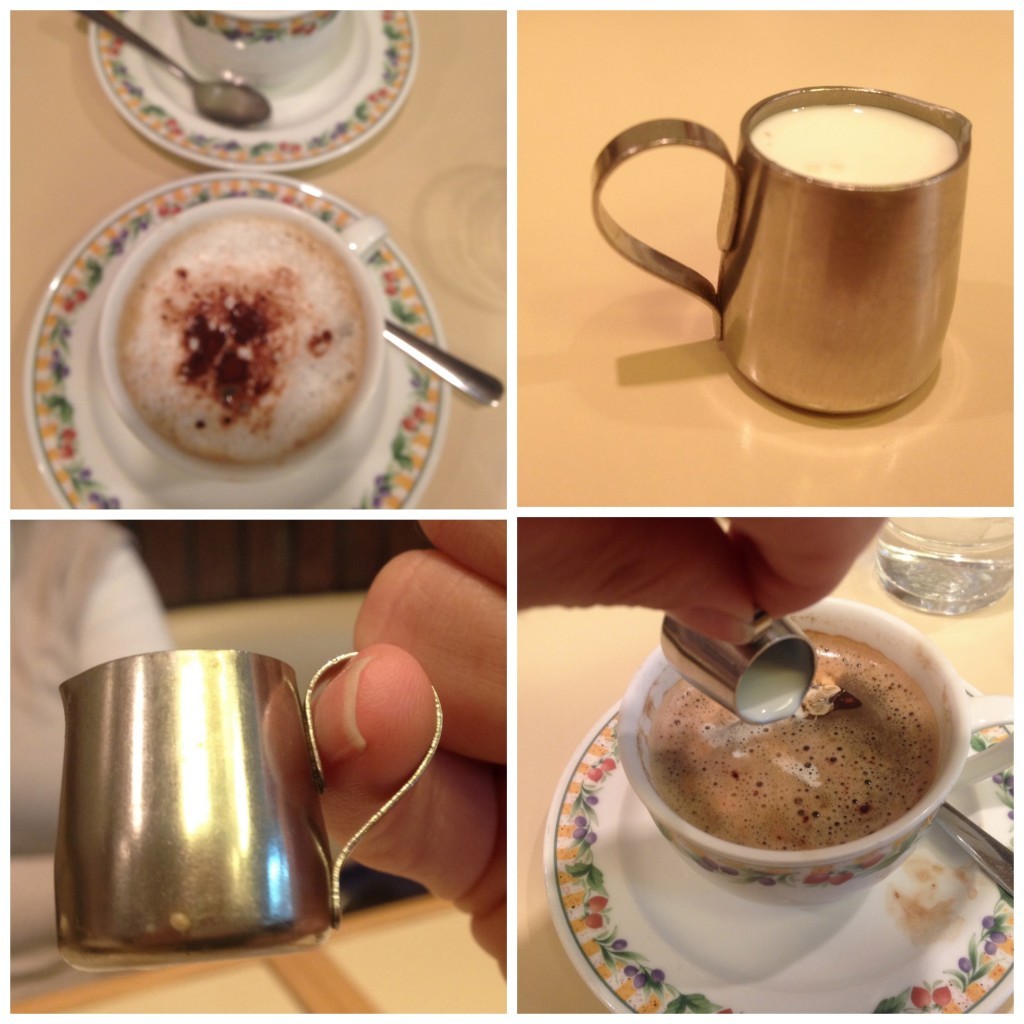 Coffee in Hirano with a thimble full of milk

Soon after we walk to Toshi’s place before taking the car to go shopping for provisions. A nice shop where Yumi goes often for her groceries. 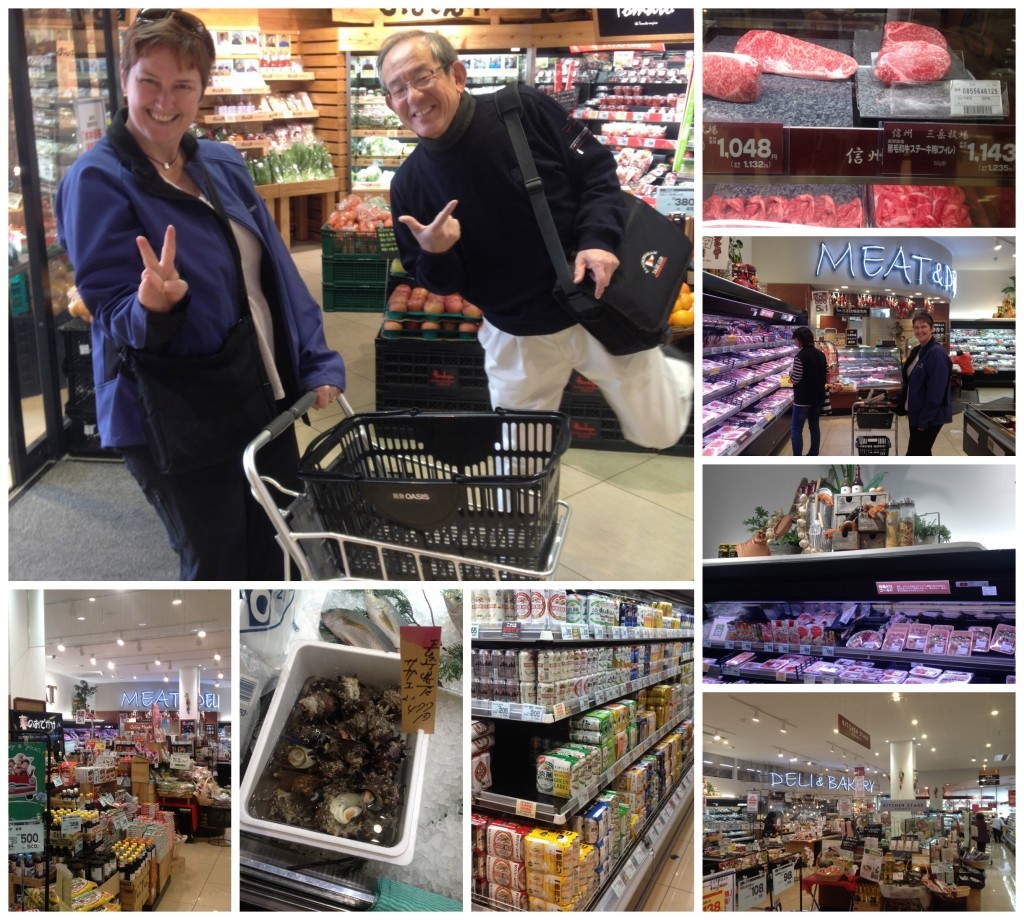 Images from shopping in Hirano Japan

Having got what we needed, Yumi then drove the hour and half journey to Wakayama, picking up Tom on the way from a fuel station where he was waiting.

Yumi drove us right to the point where we could go no further in the car, it was the end of the road basically, here we just had to walk the plank to board the yacht, and it was exactly that, just that a plank, which was very wobbly and no hand rail.

Toshi who we now call ‘captain’ whilst onboard Big Elle, along with Tom make there way out to the yacht in a small ‘tinny’ a bit like a floating bath tub. Once aboard they then manoeuvre ‘Big Elle’ to take on freshwater and diesel. 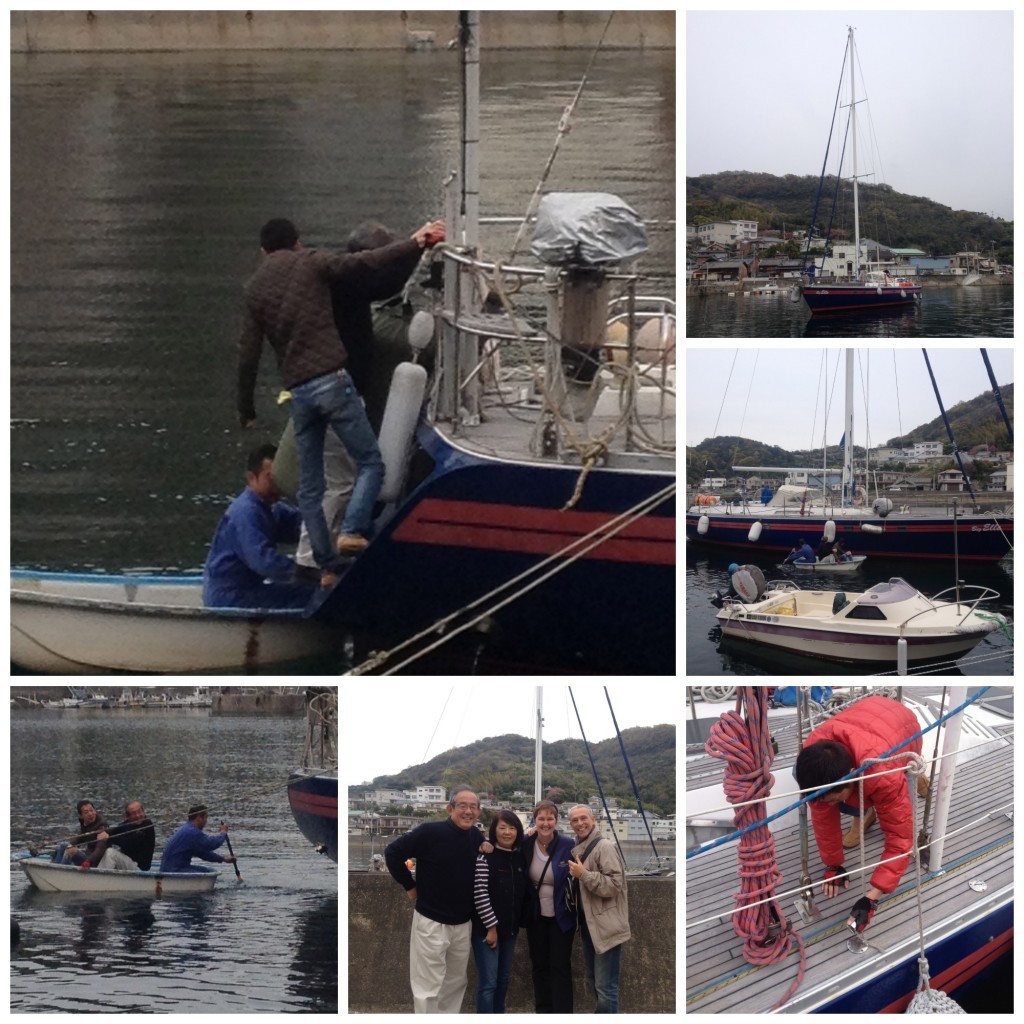 Images from Big Elle captain in the ‘bathtub’ tinny

After refuelling is completed at the other side of the port, captain ties Big Elle up alongside an even bigger yacht, actually it is Japans biggest yacht which often stays in the safe waters of Wakayama. The rest of us can now board by walking over the other boats like stepping stones.

When all the important checks are completed the party can begin… drinking, eating, chatting and having a great time. 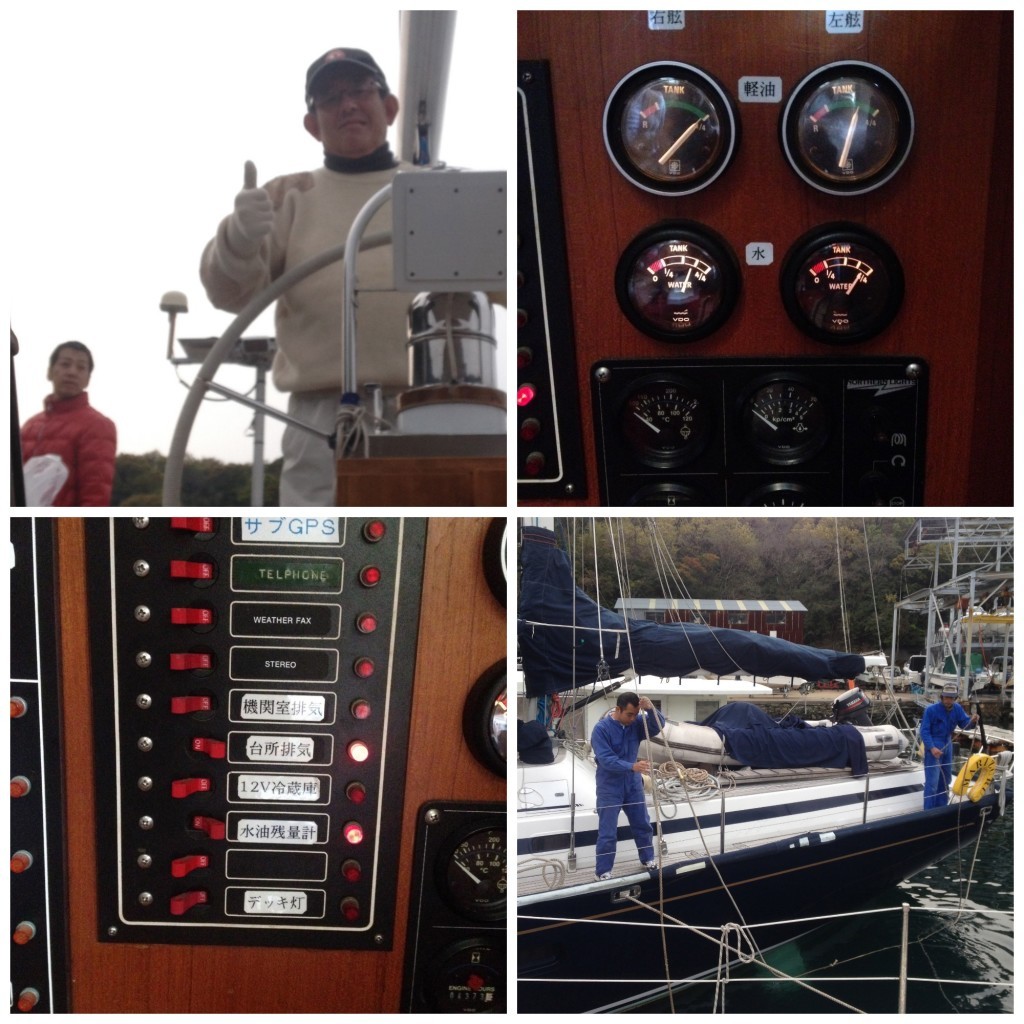 “Party Time on The Yacht ‘Big Elle’ in Wakayama”

Eventually we get to know what switch turns certain items on etc, but right now I’m lost…

The afternoon was fun to say the least, I mean it’s not everyday that you can enjoy good company onboard a yacht in Japan. Check out more photo’s on Captains blog

Party on Big Elle, as we ease into the new food culture gently with some European dishes

Once the sun goes down and the cold night air rolls in we move the party down inside the yacht and close the hatch to keep the warm in. It is cold and Moni & I fell it more than these hardened Sailors.

Next up are a few new delicacies to sample…

These baby squid which are only available at this time of the year (just our luck) are actually nice, quickly cooked (and I mean quickly) then while still warm, coated in a wasabi dressing and then gobbled up… They are very nice. 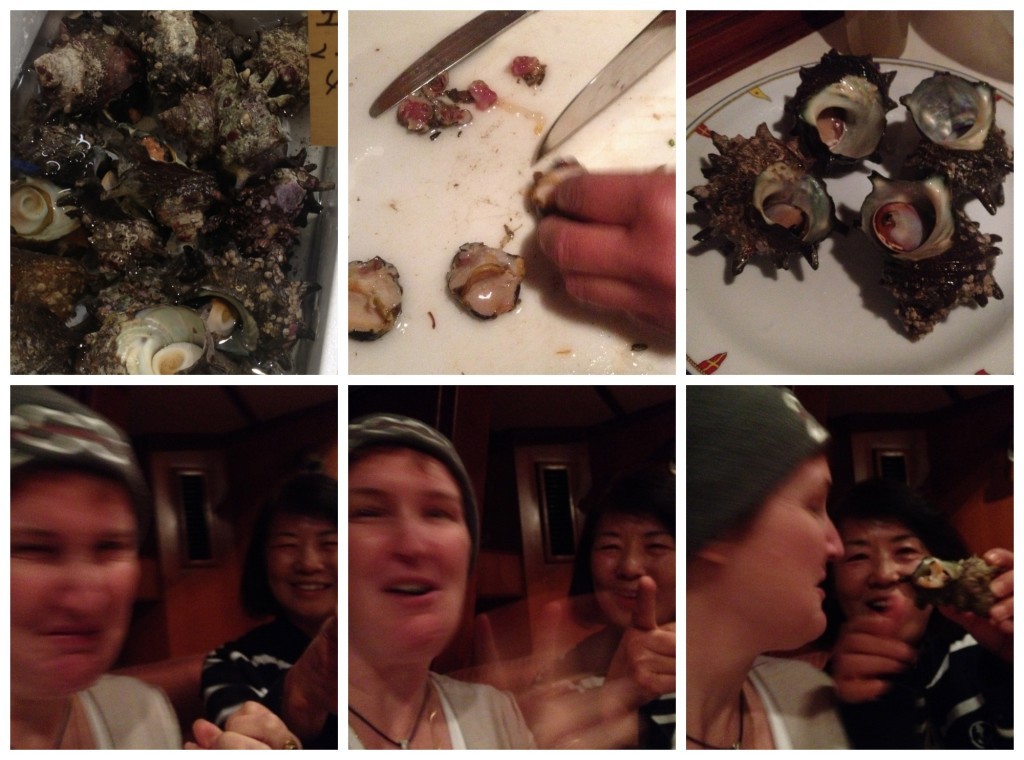 Thankfully we have some excellent alcohol to wash it down with.

to me, have strong flavour of the sea, I managed just the one small piece. Then Yumi steamed them, and even that didn’t do it for me.

The fun continues for many hours and even though we have to be up early, we are late going to bed, but hey, you only live once right!!