Whatever you do, DON’T stay at this hotel in Miami. Not only was the service very average the worst thing happened.

I booked this place through Expedia online and what I was looking for was a cheap place to stay near to the cruise terminal.

This place was the closest cheapest place to the terminal. Exiting the Hollywood International Airport (no idea why it’s called that) in Fort Lauderdale we caught a shuttle to the ’boutique hotel’. The driver of the shuttle had a hard time understanding English let alone speaking it WTF. 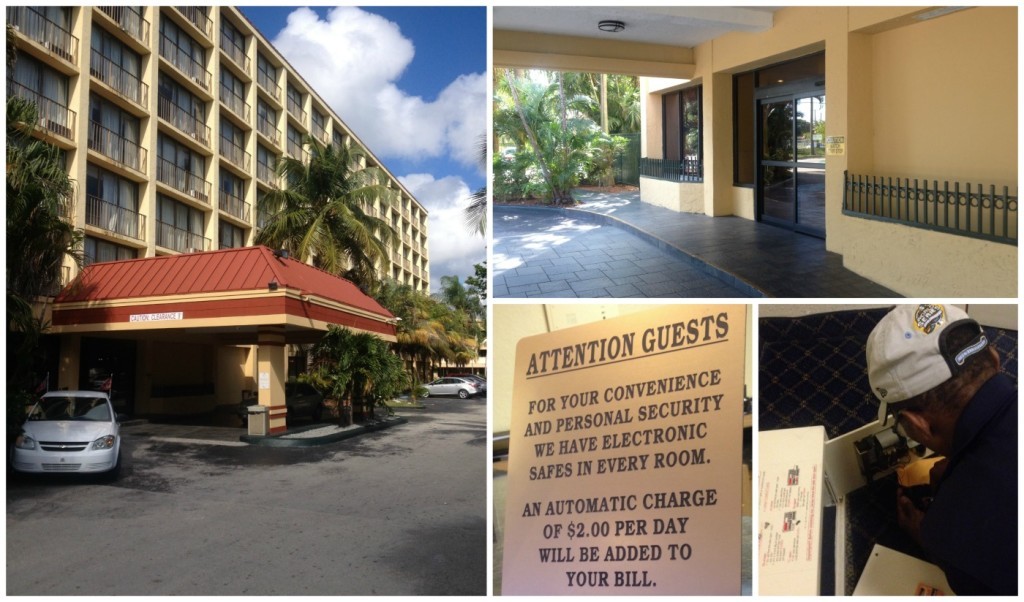 Anyway we eventually arrived at our hotel and first impressions from the outside are good, the hotel is just off a main road with a nice drive under to unload luggage in the dry, we pushed our bags in on the trolley.

“Check-in was a joke”

I waited behind the sign that said clearly ‘wait here to be served’, the lady mumbled to come over which we did. I could hardly make out what she was saying she spoke so quiet and mumbled in her American slang.

I told her my name and that we had a reservation, she said that no rooms were ready and we could either wait or come back, we chose to wait. In the waiting time Moni went to 7/11 and got a couple of sandwiches.

After eating our lunch I noticed a couple arrive and check-in and be given a room key!!

Opposite us were another couple that were waiting before us, so I approached them and asked if they were waiting, the reply was what I expected and I suggested that they go and ask to be checked in before me as that was what I was going to do, but my honesty knowing that they were already before us was the right thing to do.

After the others checked-in so did we, the lady didn’t bother to let us know she just ignored everyone waiting.

I had to pay $2.50 for the room safe which is compulsory and also give my credit card in case of incidentals.

Our room was on the third floor and had two double beds and a bathroom with shower etc. 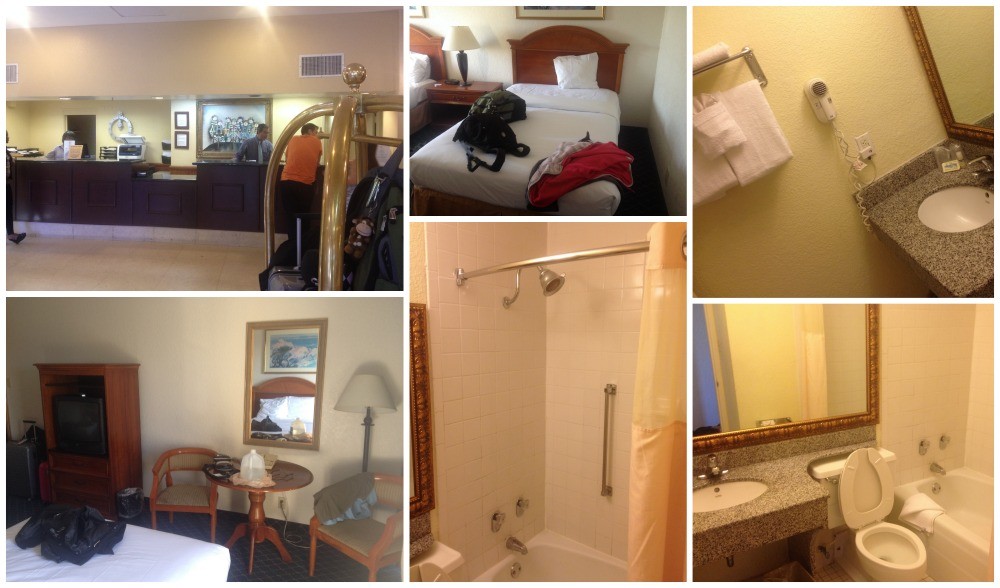 Hotel check-in and our room

There was no tea, kettle or fridge in the room either. The bed was comfortable and the room plenty big enough. The bath tub drained very slow and on the second morning didn’t drain at all.

The Internet was very hard to connect and we could only get connected right by the door. I think that might be because our room was towards the furthest point away from the reception.

The breakfast at this boutique hotel was very basic, orange juice, tea and coffee, corn flakes or rice crisps, muffins and white toast only, with a single four rung toaster for so many people to use which was constantly a queue to get at. 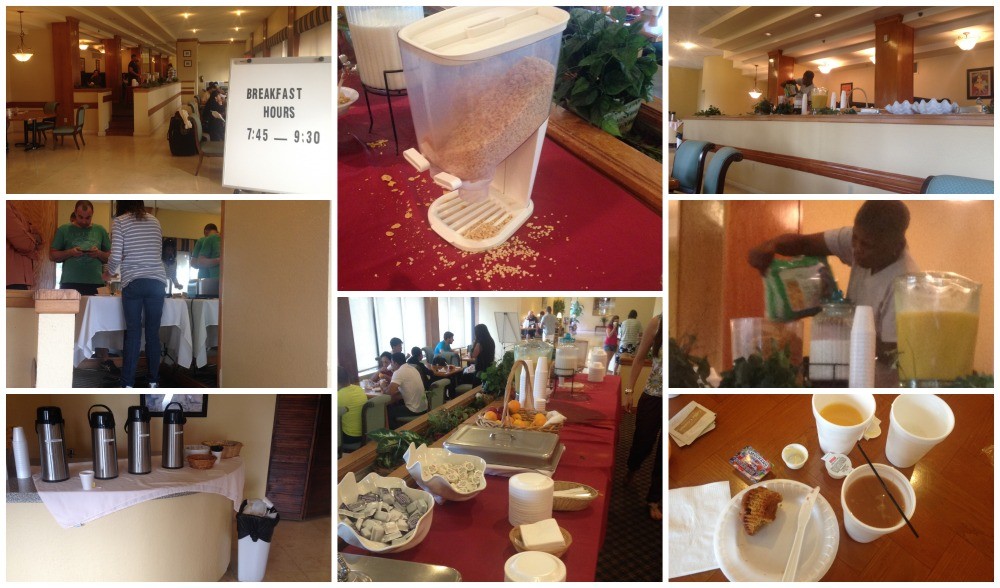 There is a pool and car park at the hotel, however the surrounding area is nothing flash either and we walked an hour towards town and some shops passing only fast food eateries, a few chinese restaurants. There was one healthy option but it was closed.

Check out was very simple as I had already paid through Expedia.

Would we recomend this ‘Boutique hotel’ to our friends… NO