The Takayama spring festival is famous around the world and draws thousands each year to the area. The photos in the glossy travel magazines capture just the smallest bit of what this town and place is. For you to truly experience the festival you need to do what ever it takes to get to Takayama.

This morning we were up early and all packed up, not that we have much with us.

After a cup of tea in the communal kitchen we say goodbye to the host, check out and head out. The Zenkoji Temple is situated in a great position to all the festival activities so we just turn the corner of our street and walk directly onto a parade of some dragons and young children playing drums, flutes and bells while carrying a small shrine.

Images from the parade 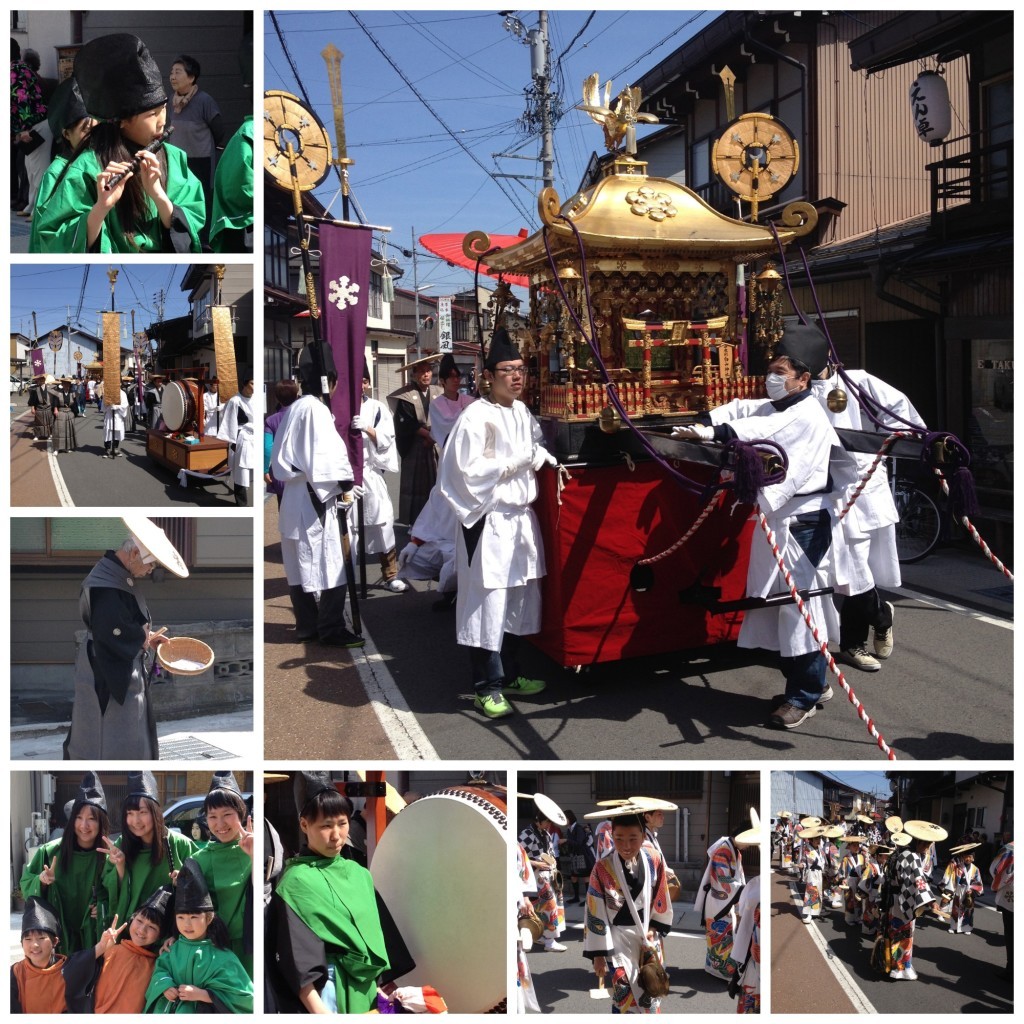 Walking further along the road hoping to still catch the Karakuri Marionette performance in the square, some of the streets are ghostly empty from people…

Walking down one ghost street to this crowded area

are held on the 14 & 15 April twice a day, three of the Yatai floats put on a display that enact old Japanese legends and tales. As you can see from the photos everybody is drawn to the marionette performance, even the market is empty.

What happens is these marionettes which are controlled by dozens of strings operated by highly experienced puppeteers move and appear to come alive in intricate dances with a story that is broadcast over loudspeaker to the crowd. 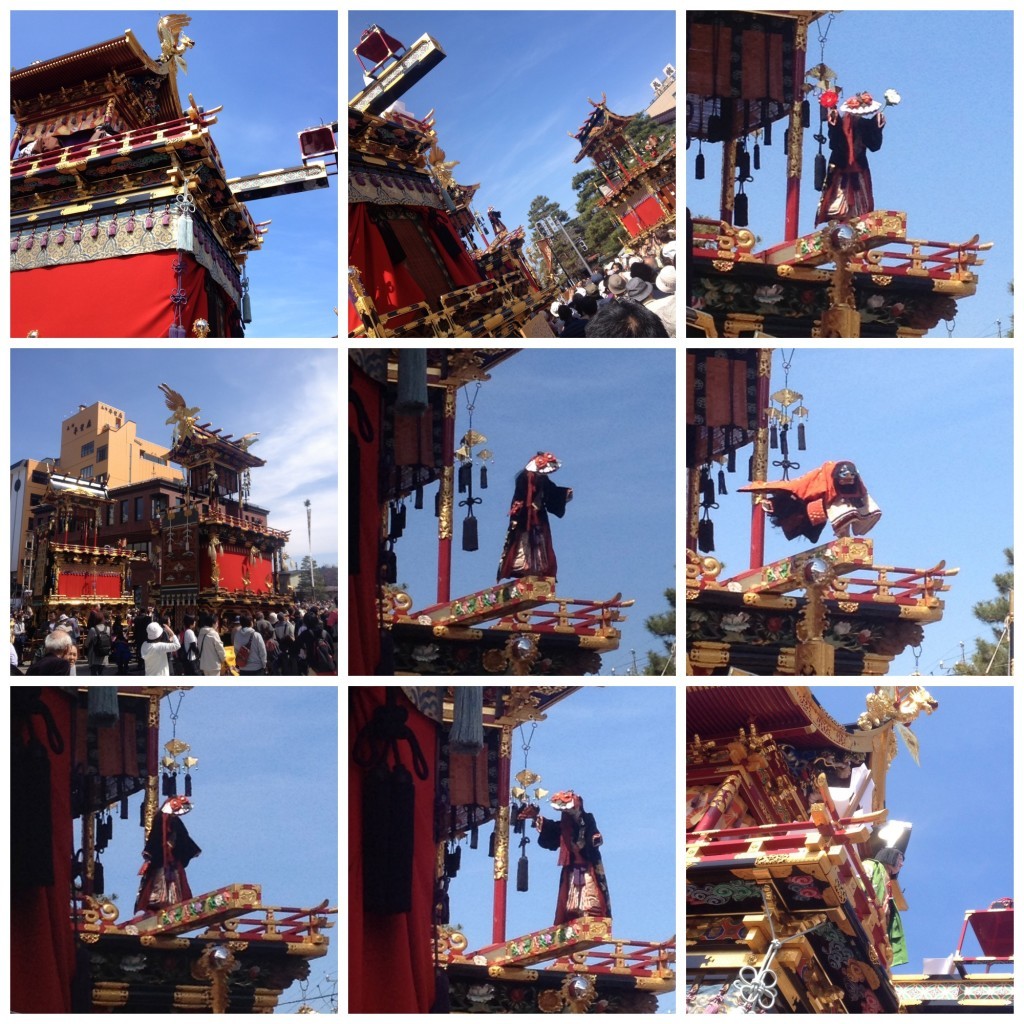 The show was good, but unfortunately unless you understand Japanese all you’ll get out of it will be a few dolls moving from a distance. I really could have done with understanding more.

Then we headed toward the bus station walking about fifteen minutes passing happy school children, a man feeding his dog ice cream (gross man) and other sites until reaching a some shops where we buy a few supplies before catching our bus to Shirakawa-go at 11.25. We bought sandwiches and bananas of which we ate two instantly for breakfast. 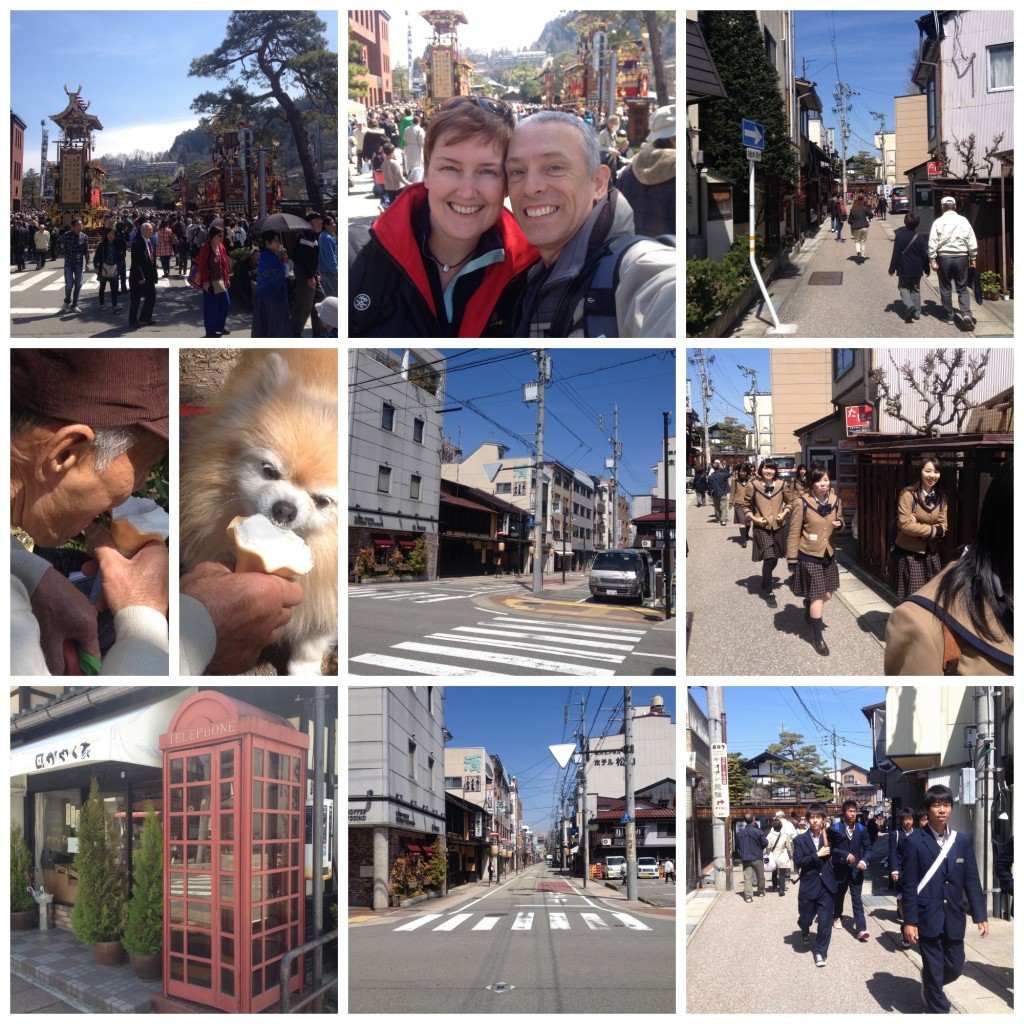 Images from Takayama streets in the morning

Sarubobo means “lucky monkey baby” and years ago the grandmothers and mothers would make these dolls for their youngest in hope that they would have happiness and good health. Now Moni has a Sarubobo doll key ring. 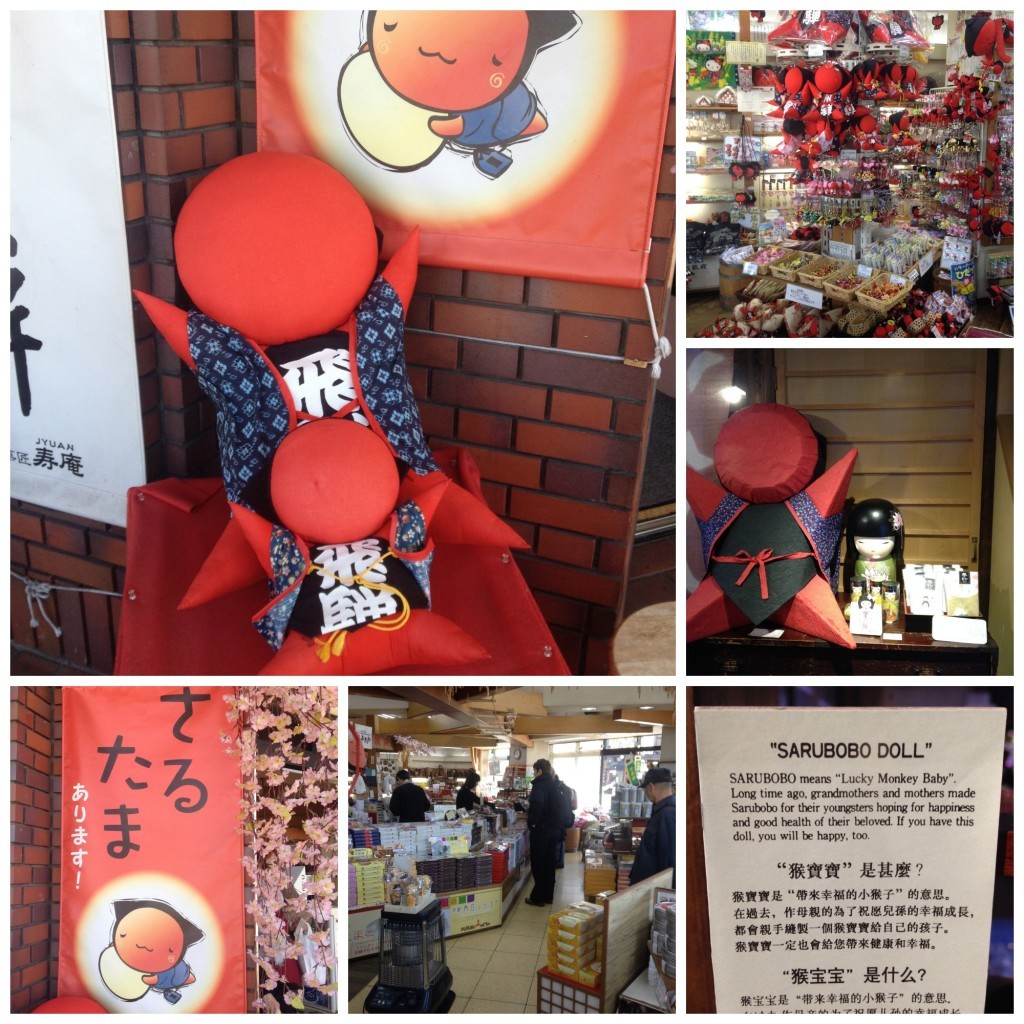 The bus was on time and we took our allocated seats, surprisingly the bus was not full considering that the train yesterday was packed, maybe the majority of people are staying the two days and leaving tomorrow. 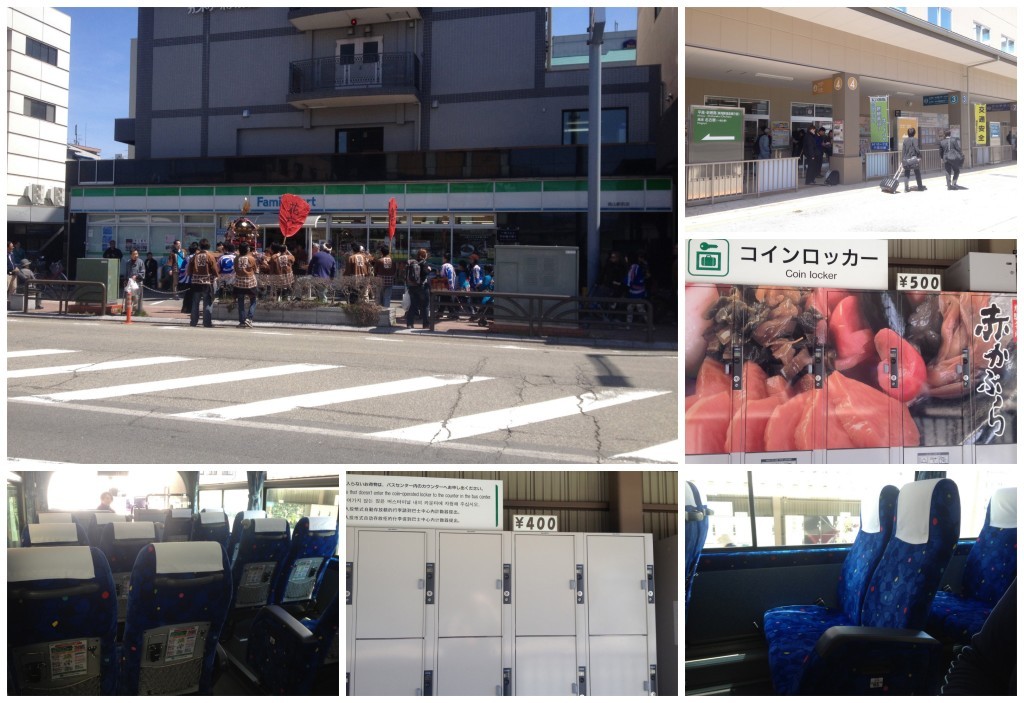 That was how we spent the morning of our second day in Takayama at the spring festival and the journey to Kanazawa via Shirakawa-go by Nohi bus is continued in the next blog post.

World Heritage Listed Gassho Houses in Shirakawa-g...
Do What it Takes to Get to Takayama