The Old City of Dubrovnik with Game of Thrones merchandise everywhere. Did you know that they filmed the Game of Thrones series two, three and four in Croatia. I didn’t, maybe I’ve lived under a rock when it comes to TV series but know I know, you can buy the stuff from nearly every shop here.

The Walls of Dubrovnik and of Fort Lovrijenac were used for scenes in King’s Landing and the Red Keep, while the Rector’s Palace in Dubrovnik was used for scenes set in Qarth. Season one was part filmed in Mdina in Malta where we were just the other day.  MSC could almost market this as a Game of Thrones discovery cruise… 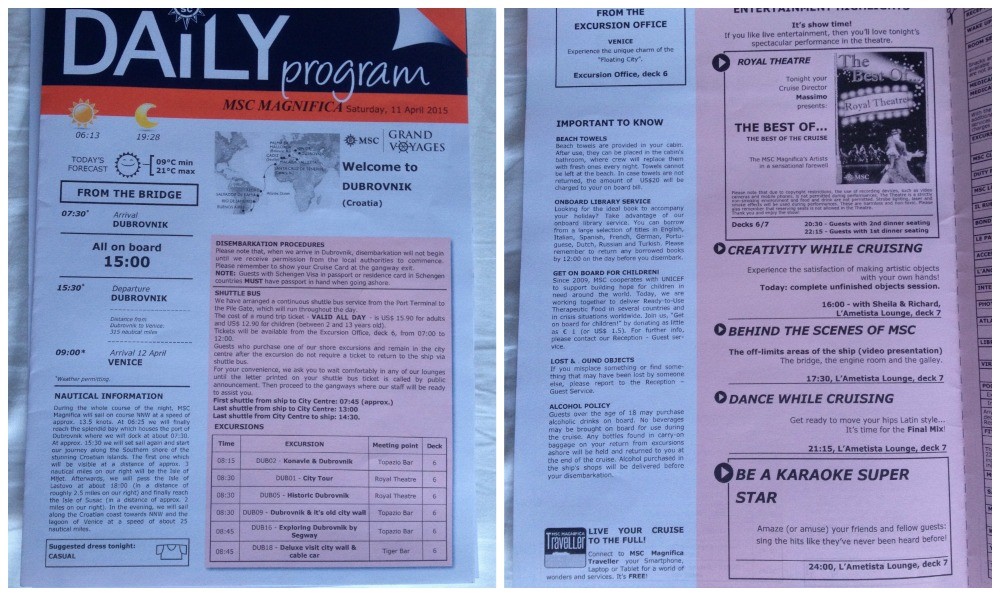 With the early arrival anticipated in Dubrovnik I ordered room service for this mornings breakfast. Basic danish, flakes, tea and juice. 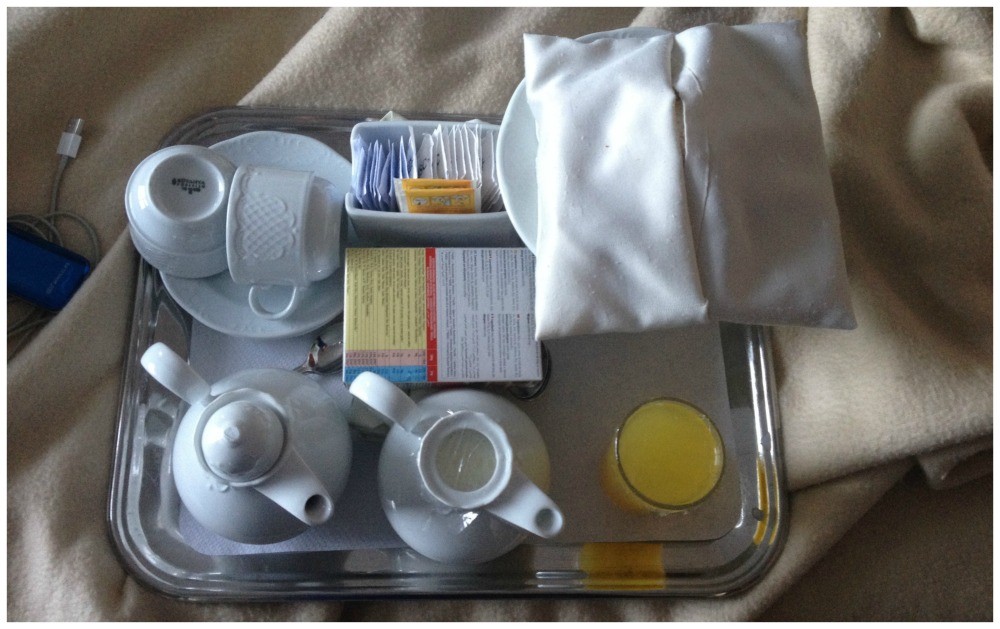 From our cabin balcony we watched as we came in to the port in Croatia. It was actually my second time here, but before it was Yugoslavia.

We had a tour of the walled city of Dubrovnik as part of the cruise package, this was the fourth tour that we had taken on this cruise. Our coach was waiting for us and once all were ready we made the short drive to the famous Old City of Dubrovnik. Historic Dubrovnik Tour (DUB05) 3.5 hours

Port in Dubrovnik, coach to the old city

Dubrovnik and its famous walled city, has several entry gates, the most popular being the Pile Gate seen below. The buses all stop outside this gate and many tour operators can been found here.

If you are wanting to walk around the old city walls you don’t need a tour, but you do need to pay the entrance fee and it can only be paid in local currency or by credit card, don’t say I didn’t let you know.     We entered the city through the magnificent Pile Gate (Vrata od Pila) which once had a wooden drawbridge that was pulled up every night after curfew, today there is a fixed bridge over a dry moat. To the right of the main gate you can see a fort, this is part of the outer wall and called Bokar Fort. You can see from this map of Dubrovnik old city where all the places are

Pile Gate entrance to the Old City of Dubrovnik 2015 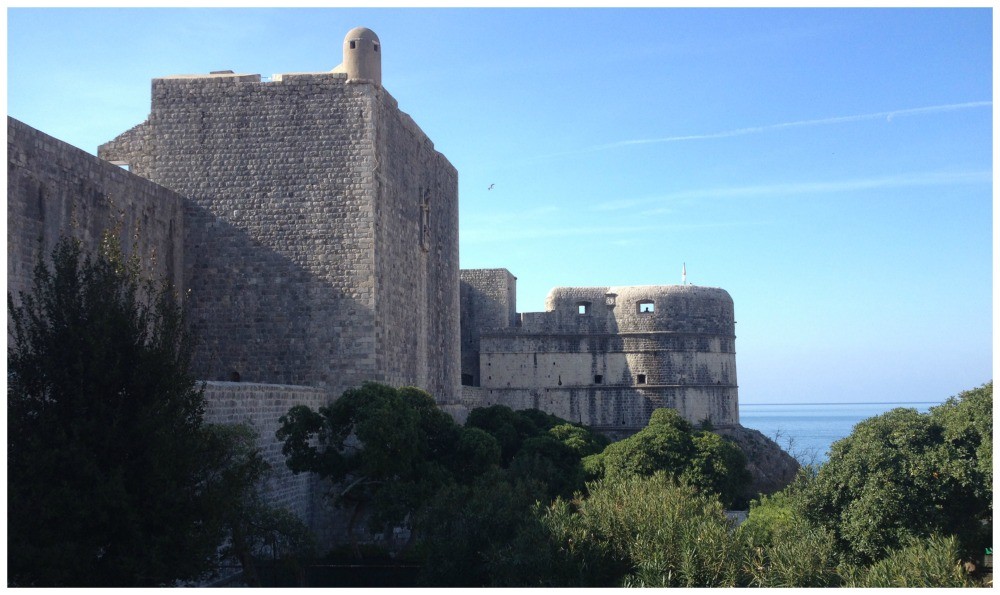 Once through the gate you are in an area between the outer walls and the city, and you must then descend some steps and pass through an arch entrance which leads to Stradun, the main street of Dubrovnik. Once on the main street Placa-Stradun, to the right is Big Onofrio’s fountain and the left is Church of St Saviour. 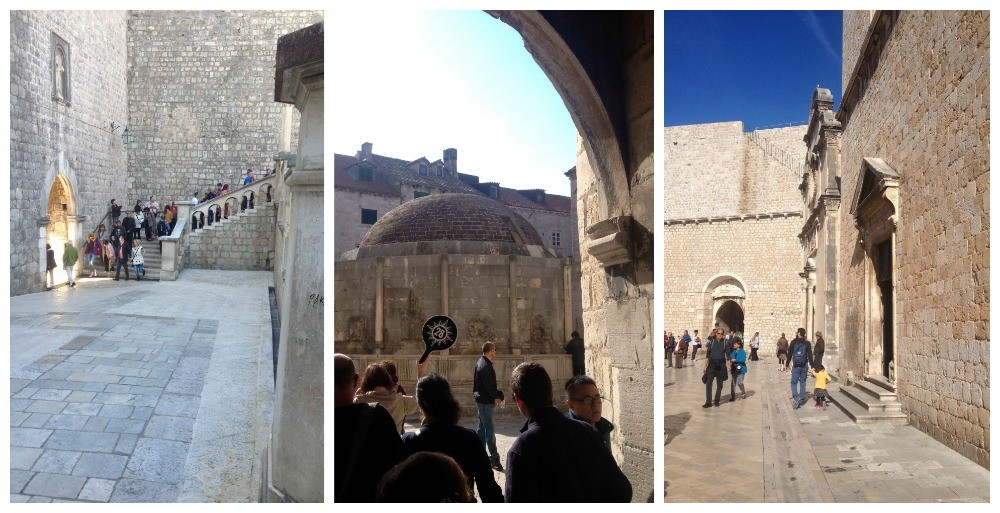 Down the stairs from Pile Gate and through to the main street Placa-Stradun, to the right is Big Onofrio’s fountain and the left is Church of St Saviour

Side alleys leading off of the Placa-Stradun

This is a map of Dubrovnik Old City 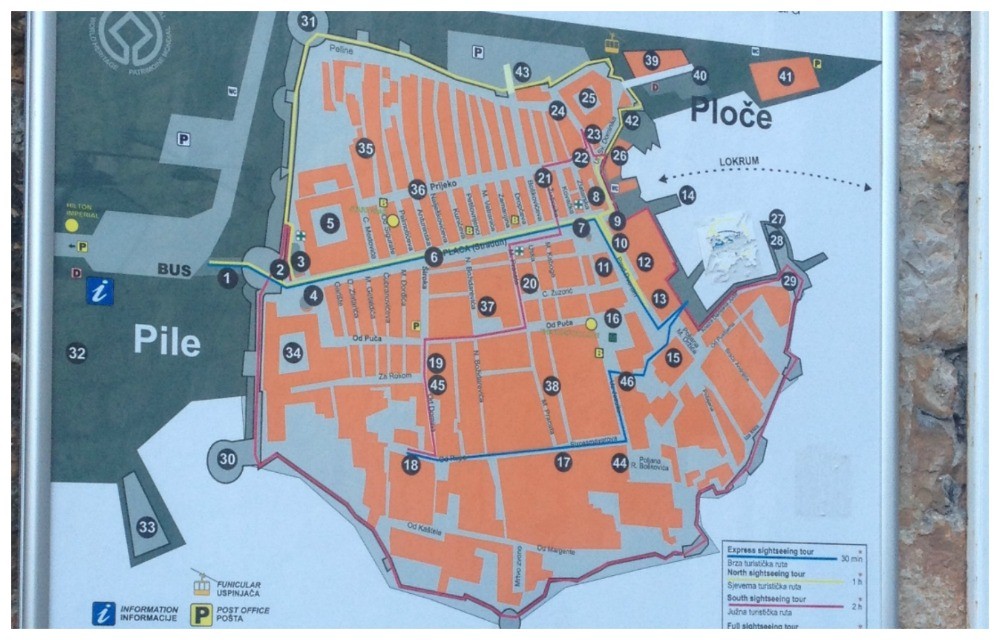 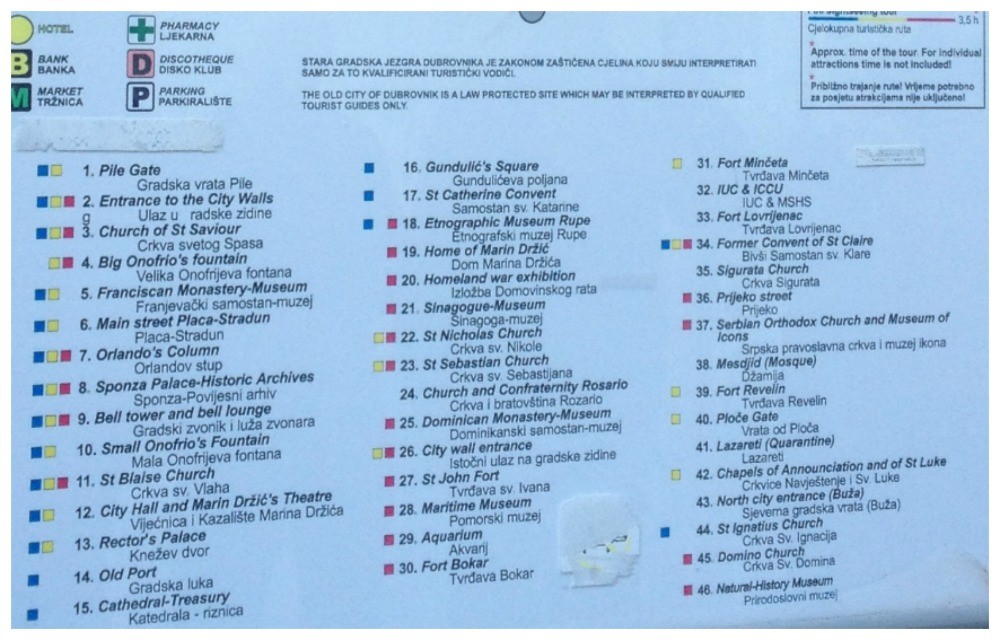 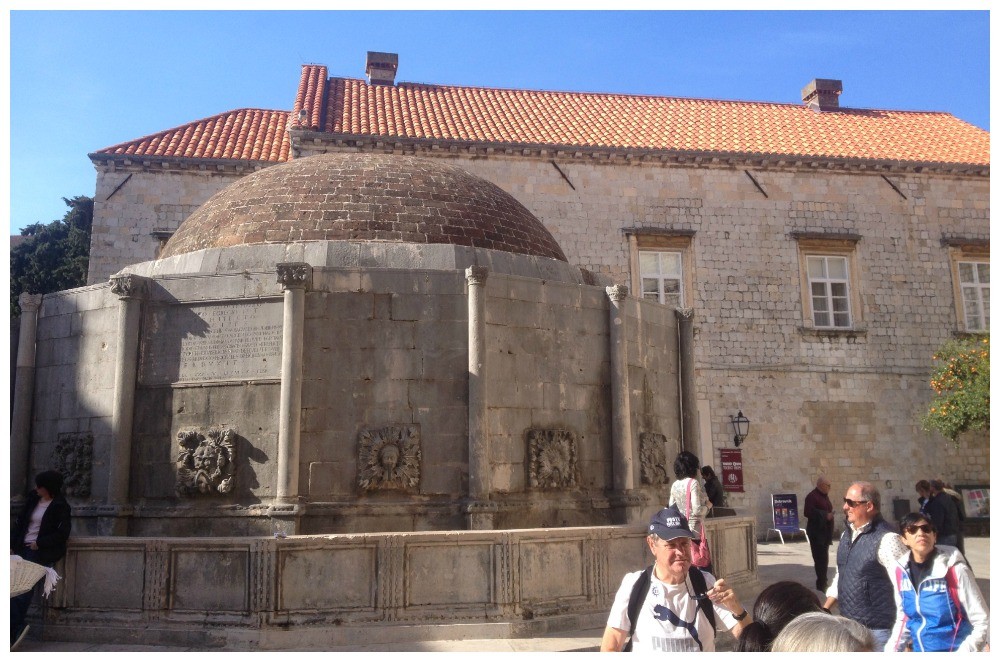 The Church St Saviour with bullet holes, to the left of the church are some city wall stairs

Our guided walk took us past the fountain and Church St Saviour with bullet holes marking the walls. You can begin a walk around the wall above from here if you wish, we continued on towards the Etnographic Museum Rupe for a look around at the displays (no photos allowed)… oops

walking through the Old City of Dubrovnik 2015

After a quick look around in the museum we moved on passed the steps leading up to the St Ignatius Church and instead into Gundulic’s Square where the Rectors Palace is. 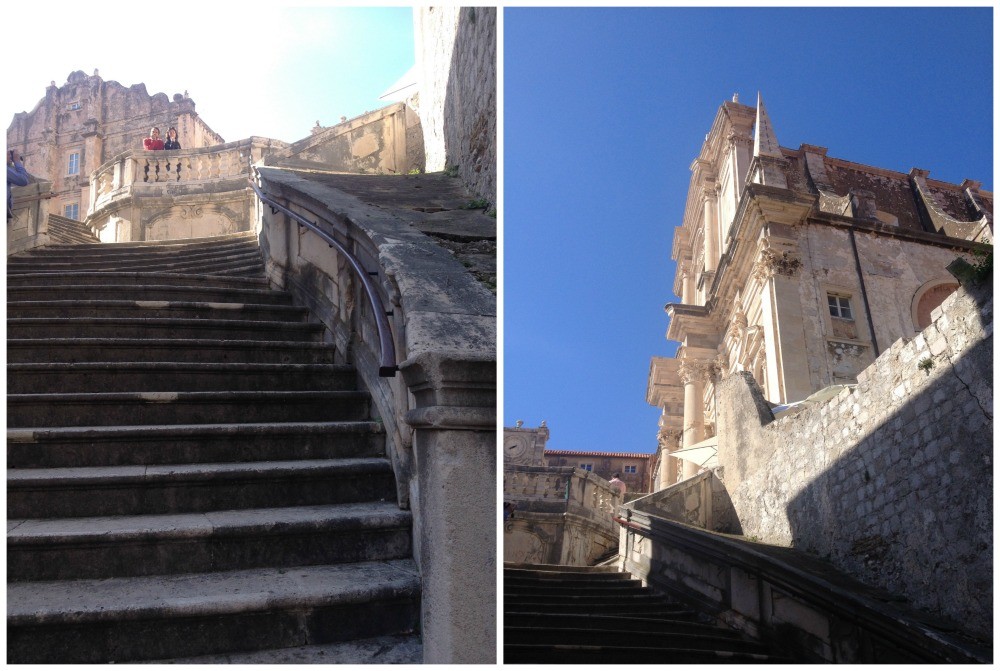 St Ignatius Church in the Old City of Dubrovnik 2015

Our guided tour included a visit inside the Rectors Palace which was really quite special, again no photos of the old displays and a couple of people on patrol made it hard to get a photo. But you can see why the TV series Game of Thrones chose to film here as it lends itself to fantastic medieval scenes. 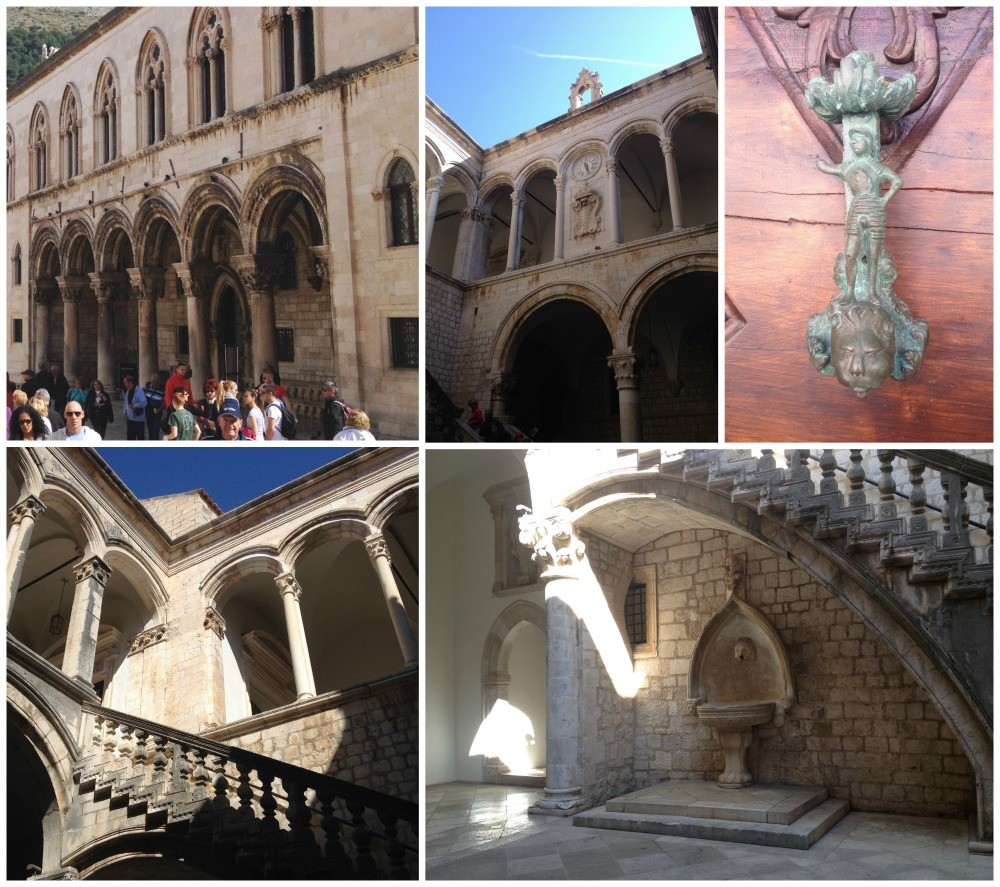 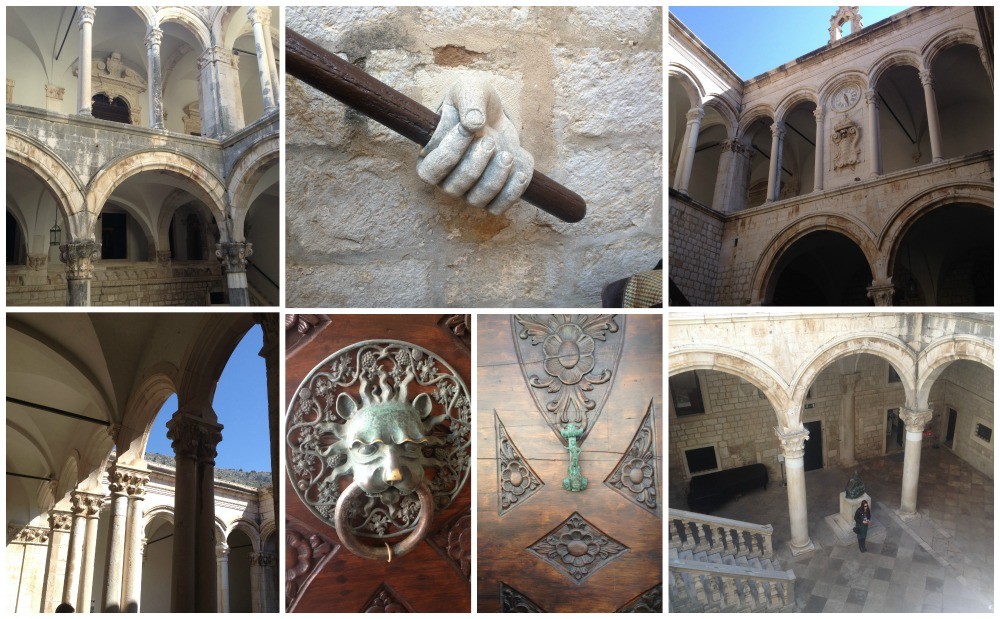 The Rectors Palace in Dubrovnik 2015

The guide took us out on to the wall from the emergency exit of the Rectors Palace and along part of the wall to the Maritime museum. This is where the tour ended and it was a really good tour with an awesome guide, she was born and raised here and spoke with passion about here city.

With the end of the tour we were free to do as we pleased, some went back others like us paid the entrance fee to walk the old city walls of 100 Kuna each, a total of $36.68 AUD which can only be paid in local currency or credit card, they DO NOT accept Euro. That can be said about many of the local shops as well. We did get a coffee from a nice place in Gundulic’s Square just in front of the palace and could pay with Euro, any change is in Kuna though. 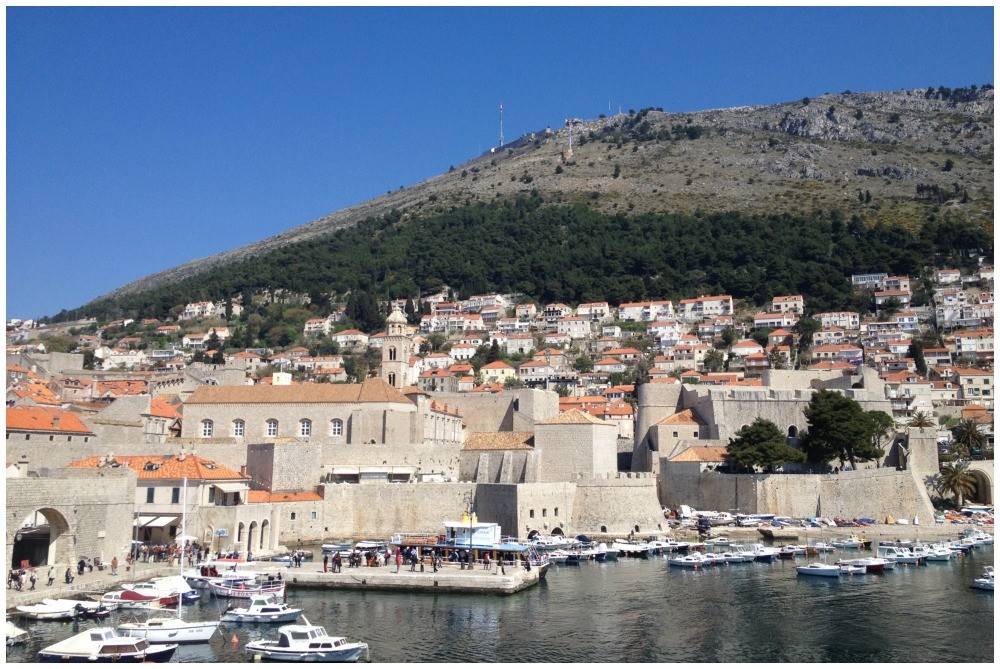 We began our walk along the walls of the old city high above the old port of Dubrovnik. 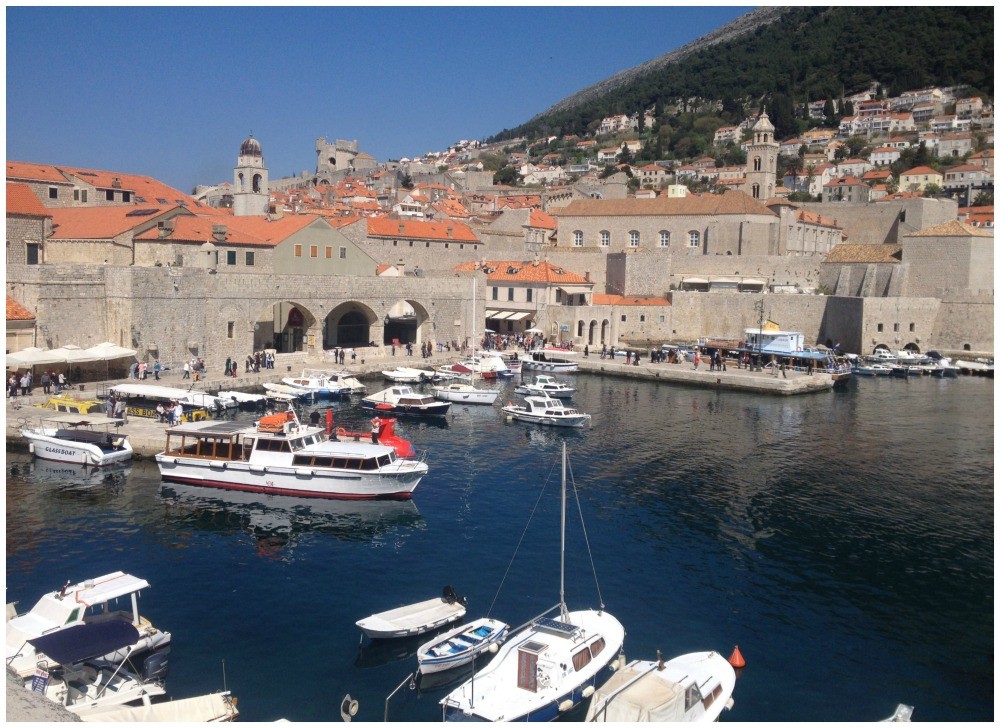 As you can see, the views are amazing and this place is very beautiful, no wonder it is UNESCO listed, let’s hope it can stay this way for many centuries to come. They don’t build city’s like this anymore that’s for sure and we did get carried away with our photos, but each angle captures just that little bit more…

Views of the walls of the Old City of Dubrovnik

It took us over an hour to make the circuit of the city walls and that was at a steady pace. It was not crowded which was rather a surprise considering all the tourists here, I’m not complaining and really liked not having dodge too many people along the top of the wall.

Views over the houses of the Old City in Dubrovnik 2015 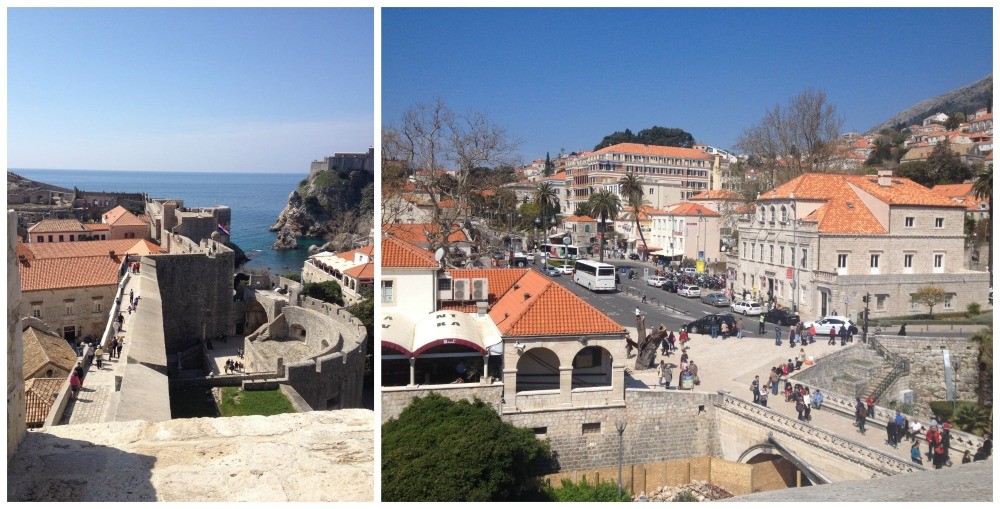 This street is lined with shops, cafes etc all the way to the end where you can see Orlando’s Colomn. 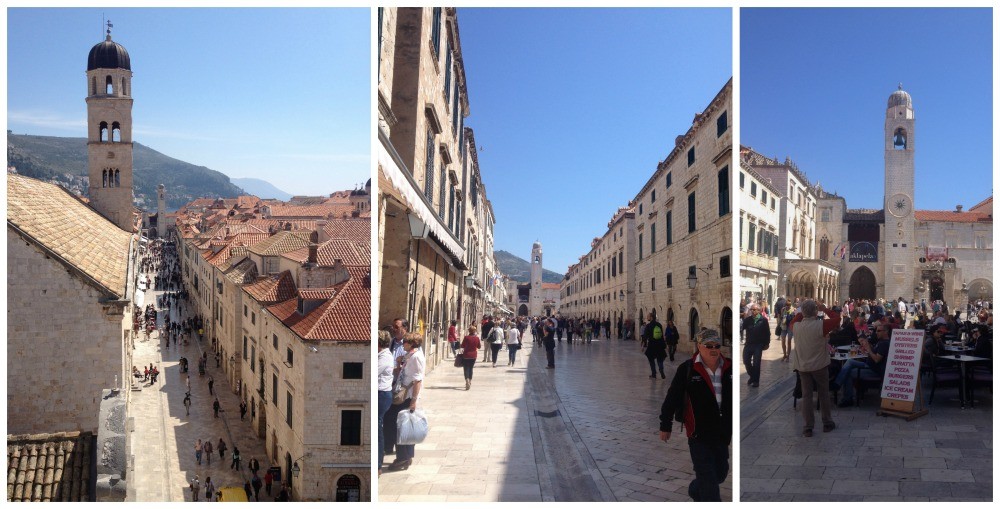 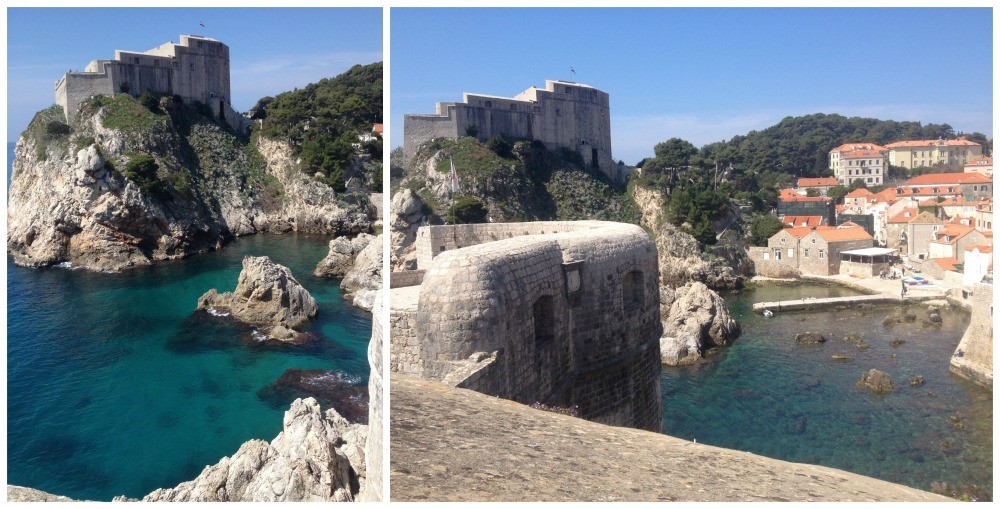 Spending the day in the old city of Dubrovnik in Croatia, which was formally Yugoslavia when I was last here, many years ago was fantastic. Croatia has so much to offer and we only touched the tip of it, literally as Dubrovnik is situated right at the bottom tip of Croatia on the map. We are certainly looking forward to exploring more in Croatia in the future. 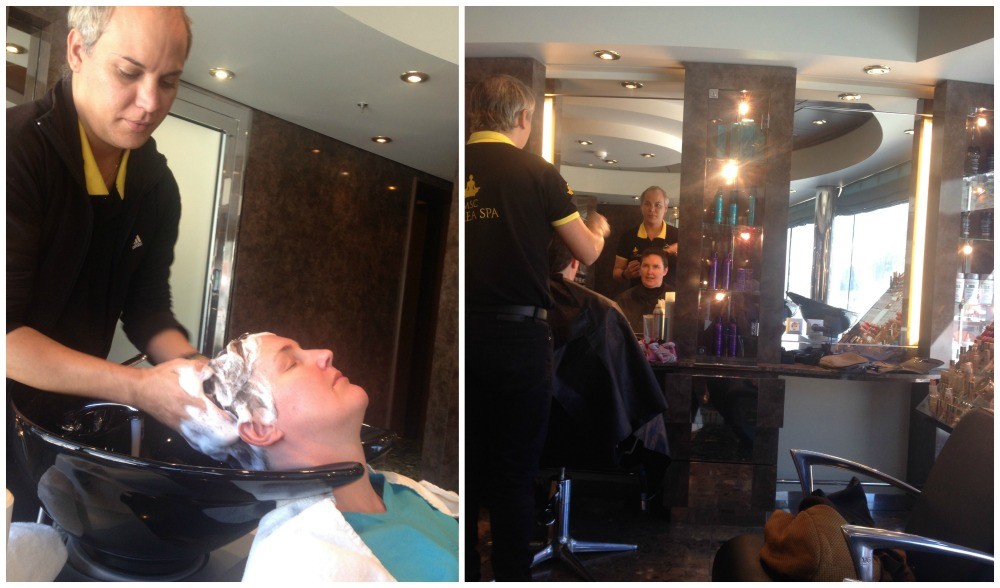 This was actually very reasonably priced for a wash n cut on a cruise ship. I paid $16.10 and Moni $21.85 USD but that’s a bargain considering what Moni paid for her hair cut on the Celebrity Millenium in 2014.

We had a wonderful view as we sailed out of Croatia on our way overnight to Venice.

Departing the port of Dubrovnik

Cruising out of Dubrovnik, Croatia 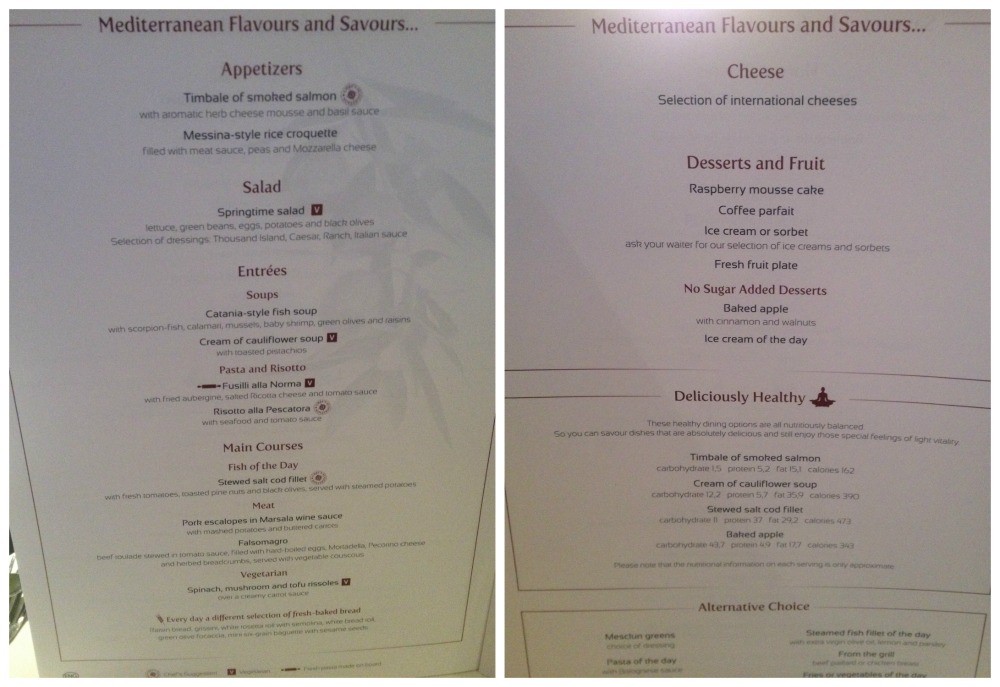 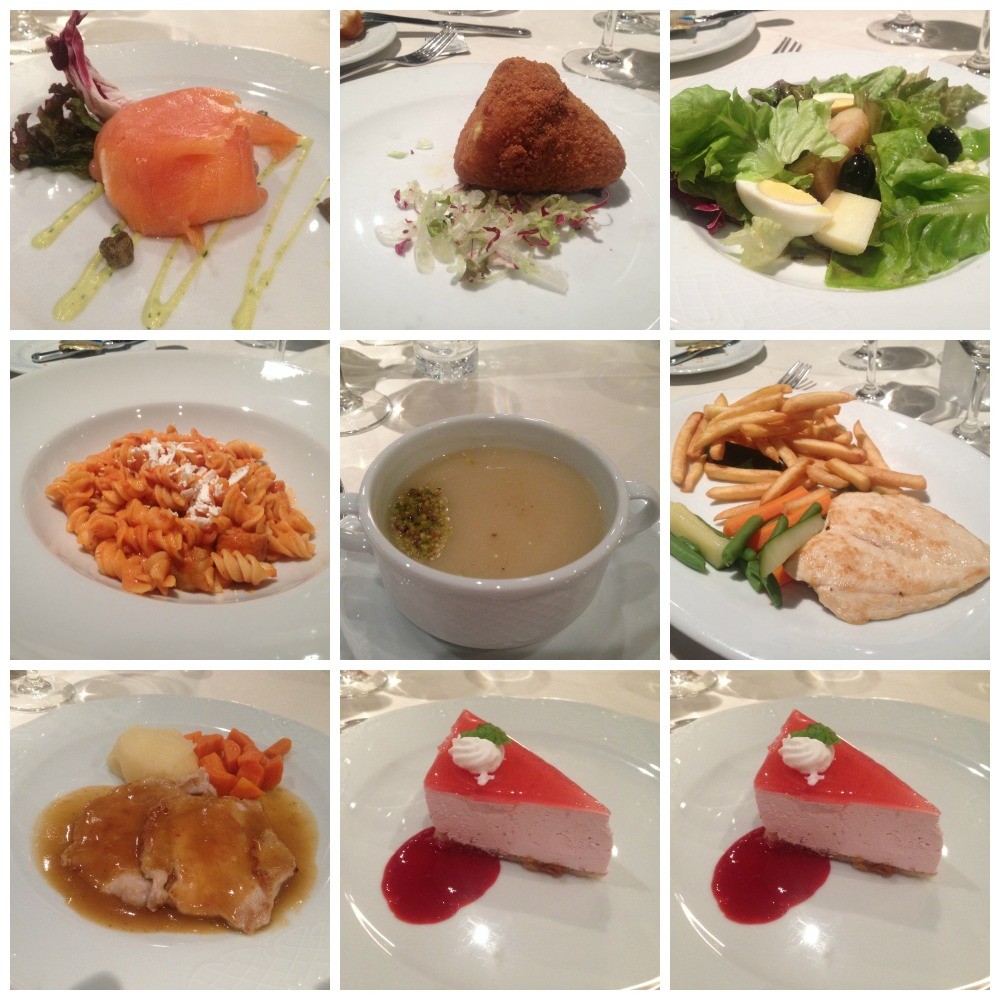 Dinner was pretty good tonight, and with Chris & Shirley we chatted about the wonderful time we had today.