After a great night in Tokuyama we are leaving the port at 7.30am in calm waters. We must leave at this time because the boats we are tied alongside are heading out very soon after.

Big Elle alongside the other boats

With it being high tide this morning it made it easier to walk the plank on to land from the other boats. 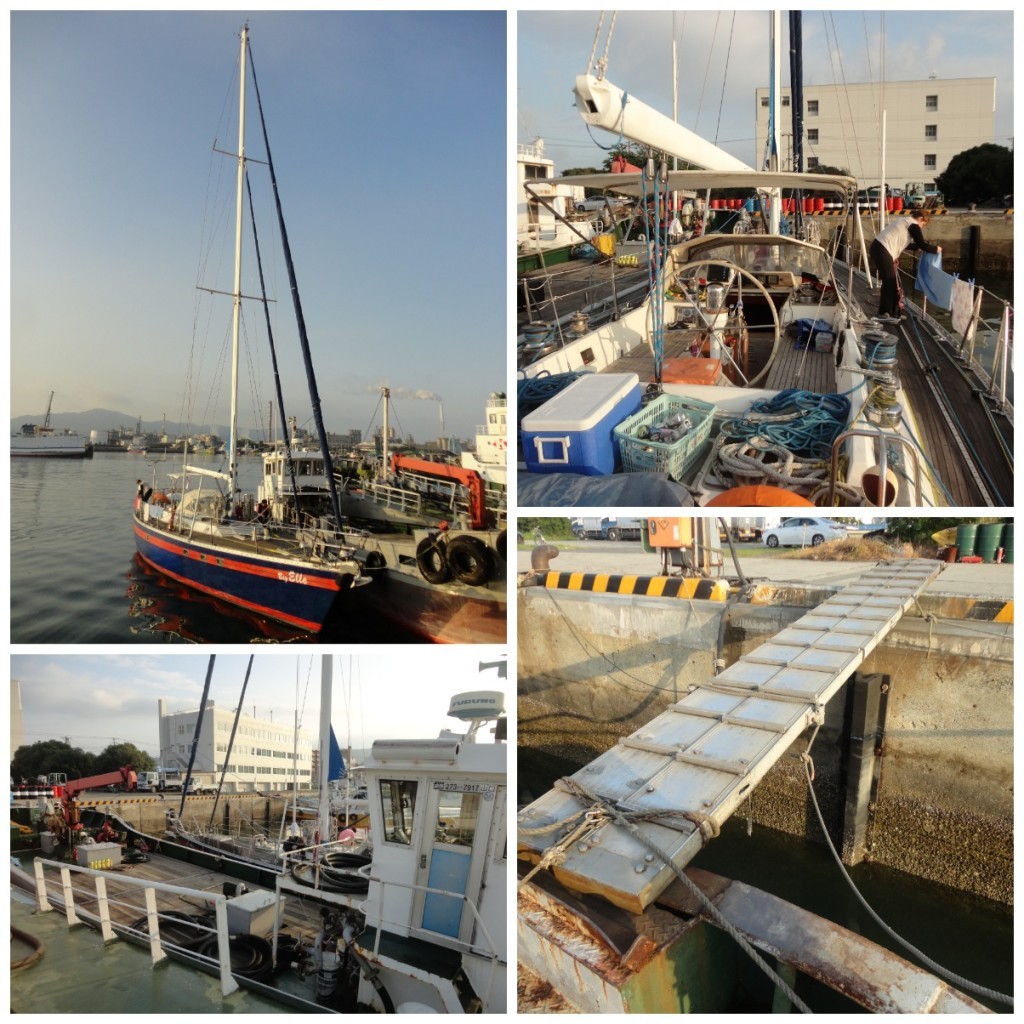 Big Elle in the morning with the tide higher, making the walk across the plank less daunting

We enjoy breakfast shortly after leaving Tokuyama thanks to Yumi & Moni for preparing it, as we sail towards the first bridge today, I wonder how many we will encounter. And yes we did have a bit to drink… 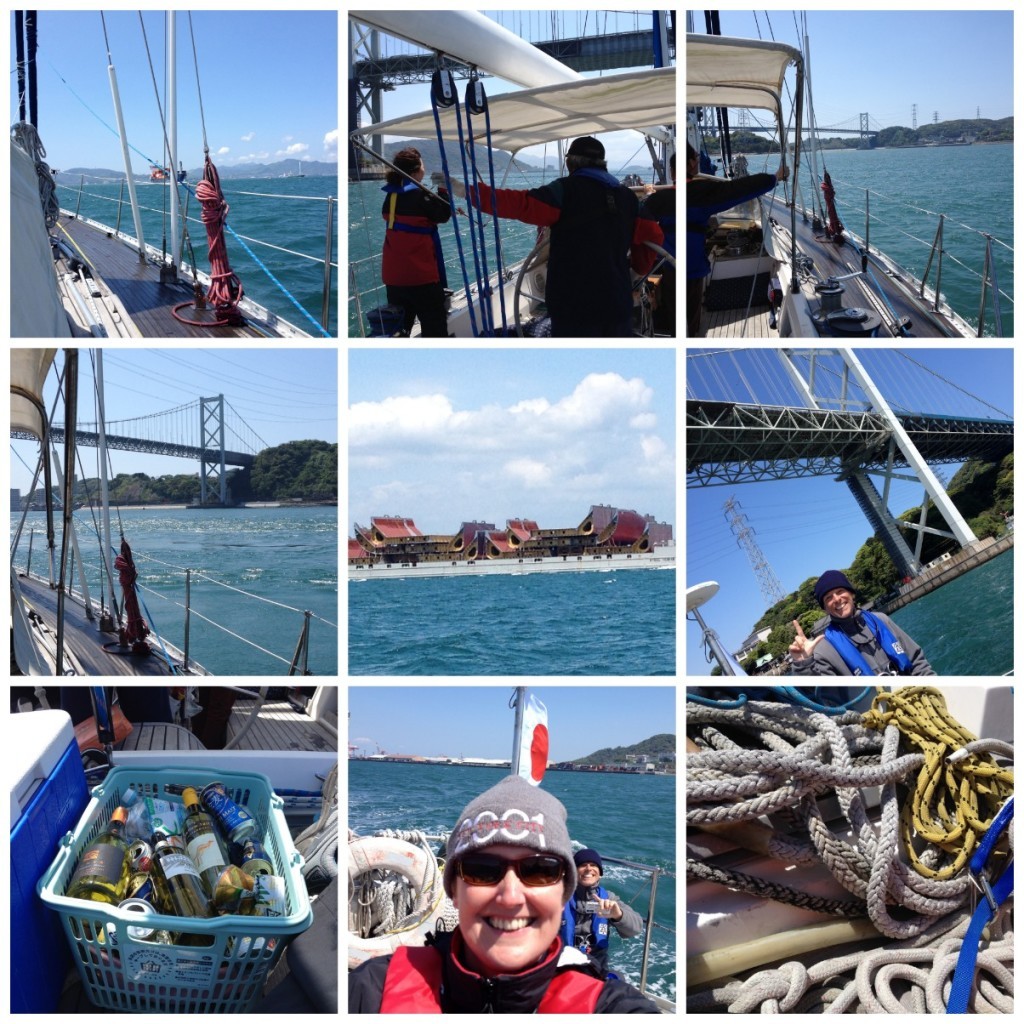 Unfortunately during the sailing adventure the seas did have some patches of rubbish floating, I hope to believe that we as humans can put a stop to the mindless littering of our planet, even though some of the rubbish that we saw did not come from just trowing it overboard.

Big Elle in the dirty seas

Soon enough it is lunch time and we get to enjoy dips and wine with calm waters of the inland sea.

Lunch and vino on Big Elle

Before taking a relaxing break

Chilling out on Big Elle sailing

Unfortunately we all caught some sun burn, it is very important to slip slap slop while sailing as not only is the sun hot but the reflection is strong. 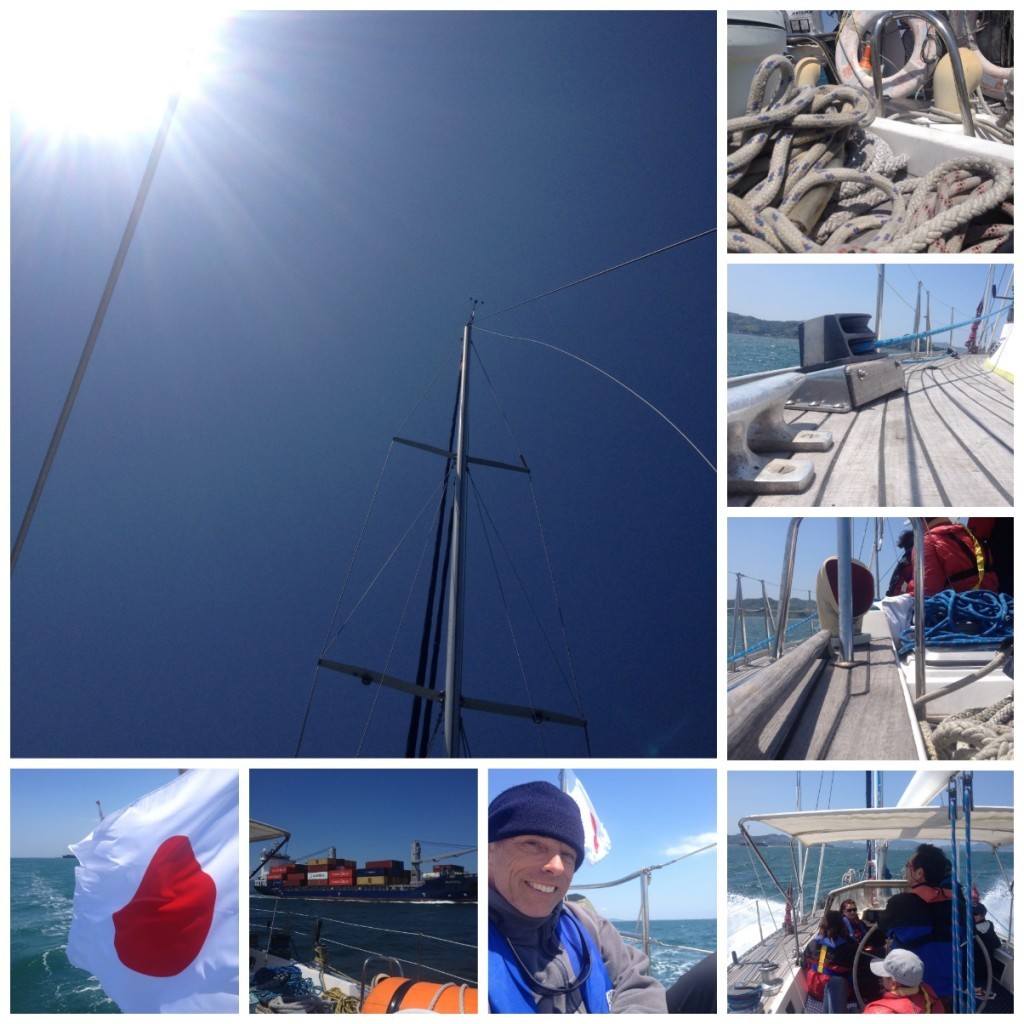 Images from the day’s sailing under the hot sun

Another bridge, I’d almost forgot about them as this one came into view. 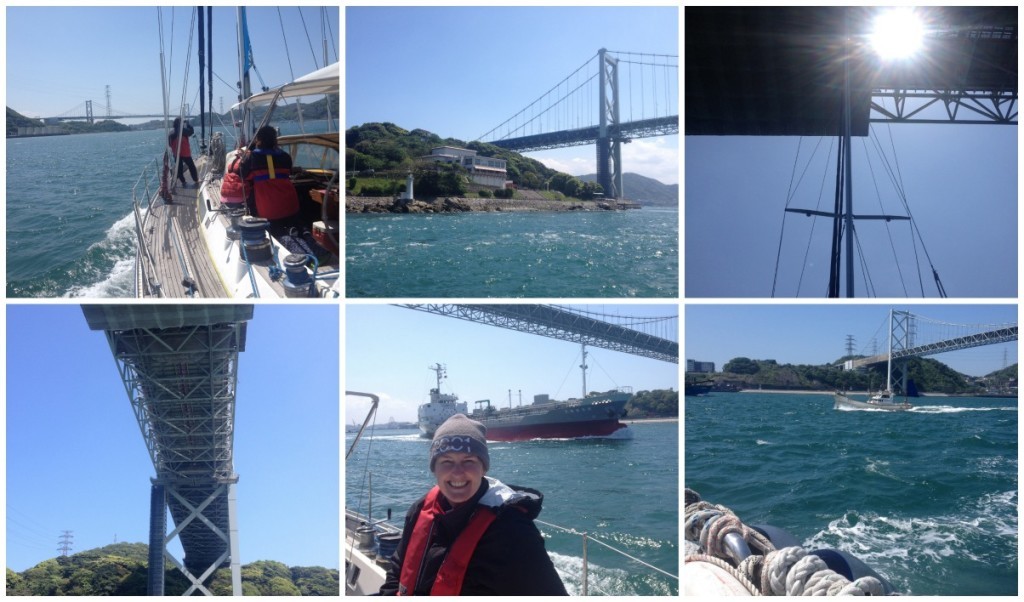 We arrived at Moji in good spirits after a smooth sailing today, and quickly got ready to take the ferry over to Shimonoseki to see the market of Kamowafu, we had to run for the tickets and ferry, we only just made it, I was buggered but I did manage to get tickets in time. 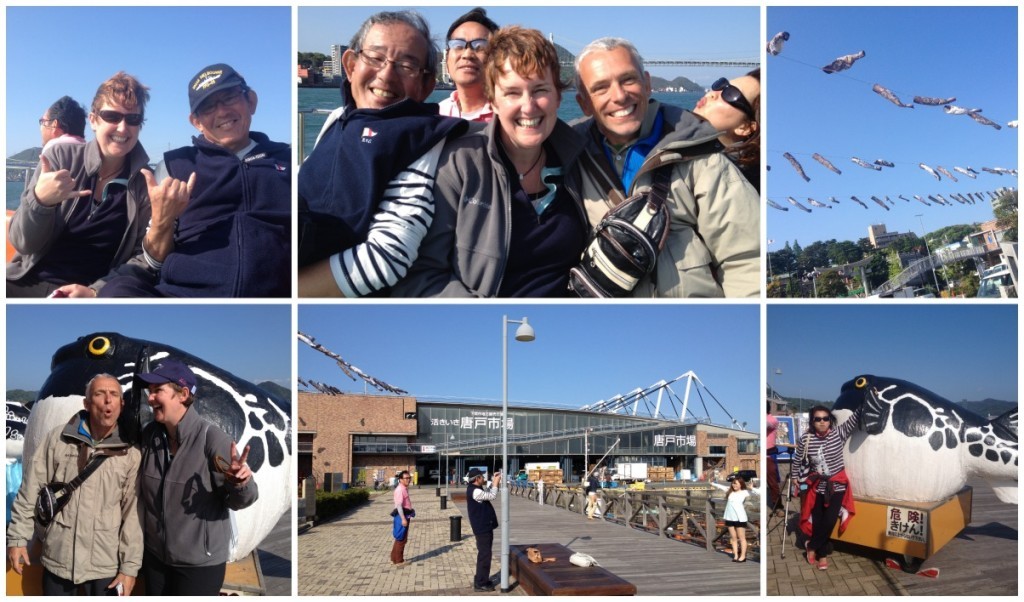 The ferry ride across was short and soon we are walking to the market only to find it almost all packed up, after some chatting captain has the idea to find some where to eat puffer fish seing as the market had closed, he could only buy some frozen blow fish. 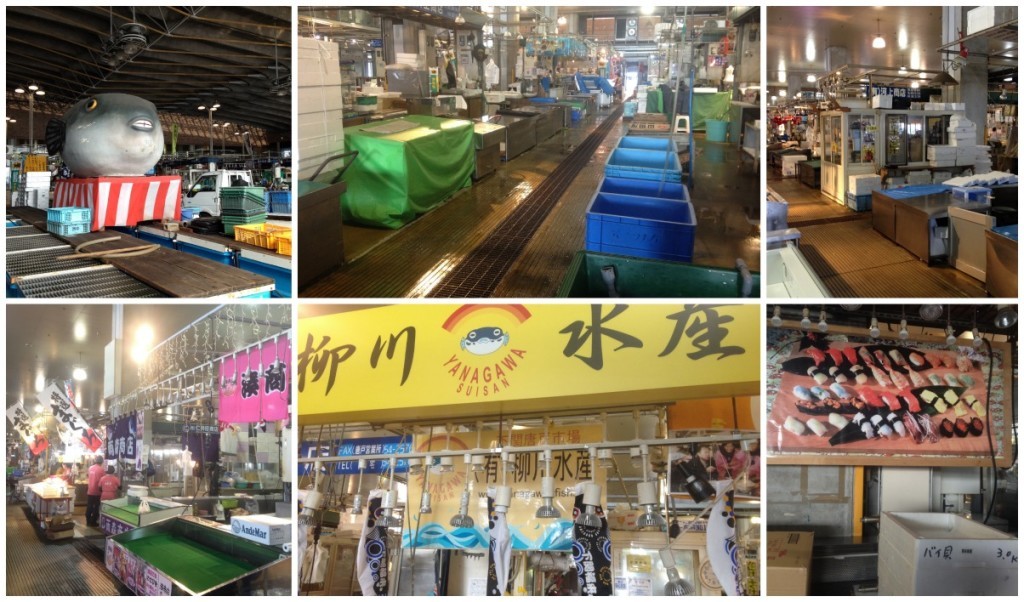 The fish market was unfortunately already packing down

This was a great fun day with a happy group of friends. 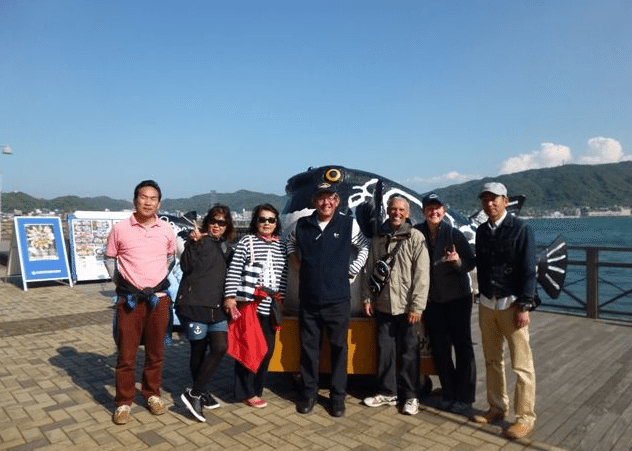 After sampling our first Blow Fish and still being alive we made our way back to Moji ready for dinner. 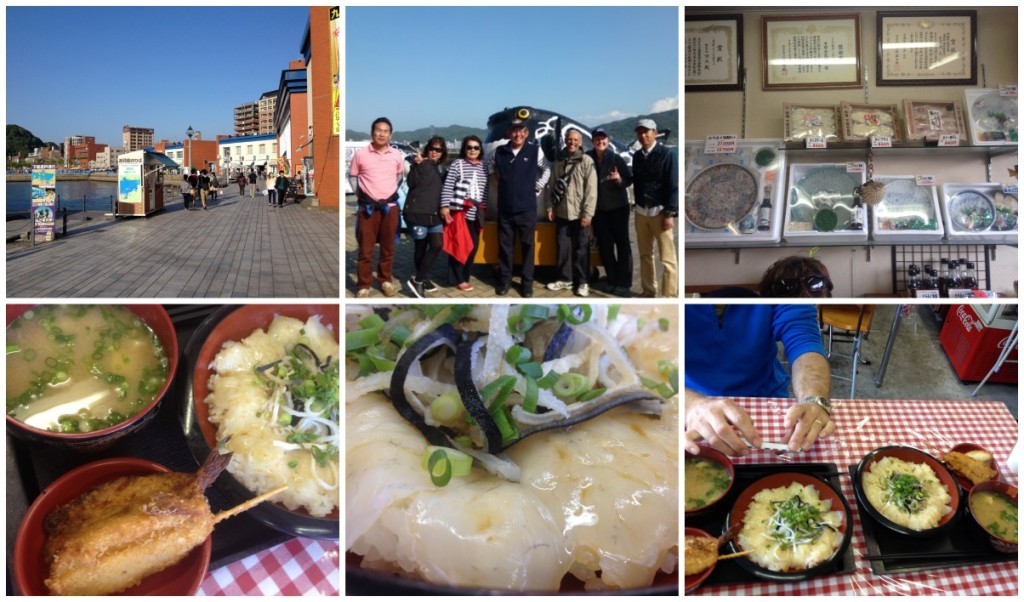 The Blow fish was just an appetiser, we did have a bit of a walk to build up more appetite. 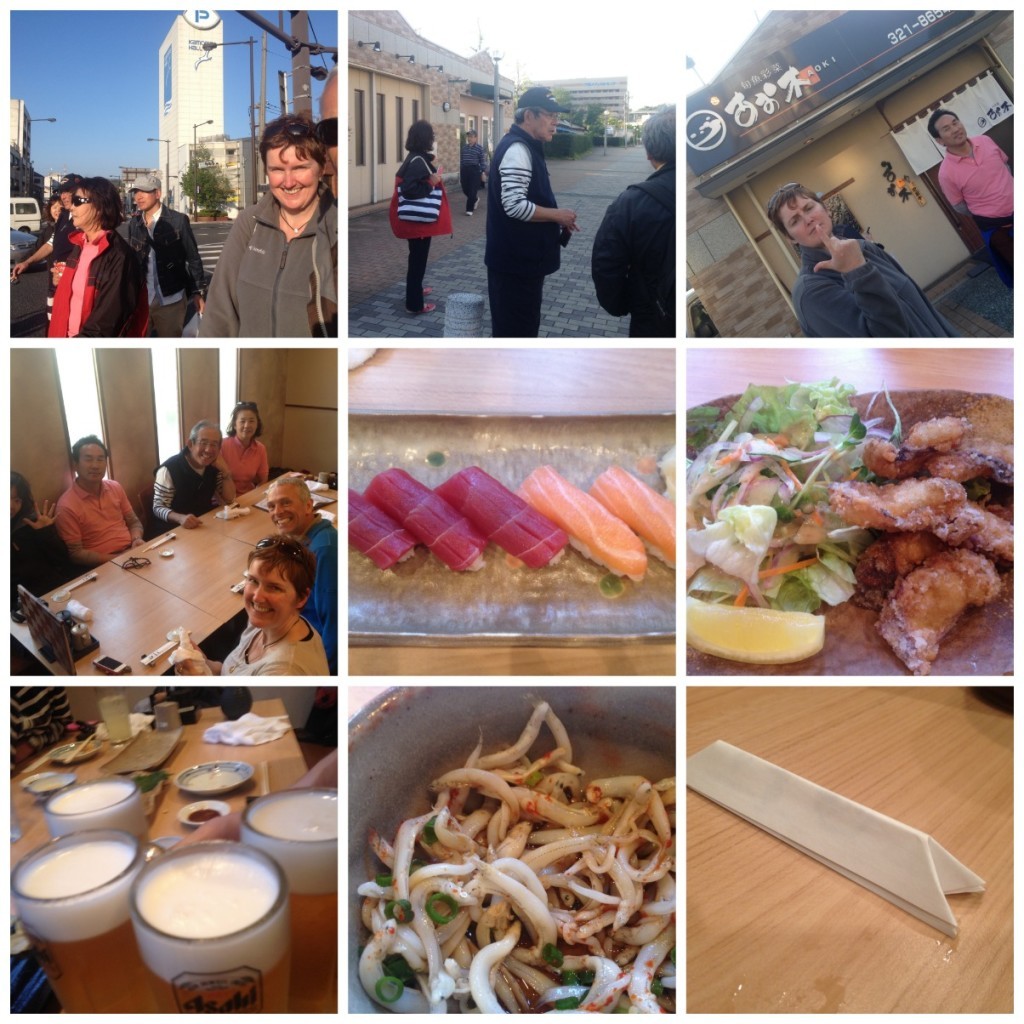 Walking to the restaurant for dinner, Asahi beers, baby fish

Dinner was once again delicious and a new array of dishes for us to try. 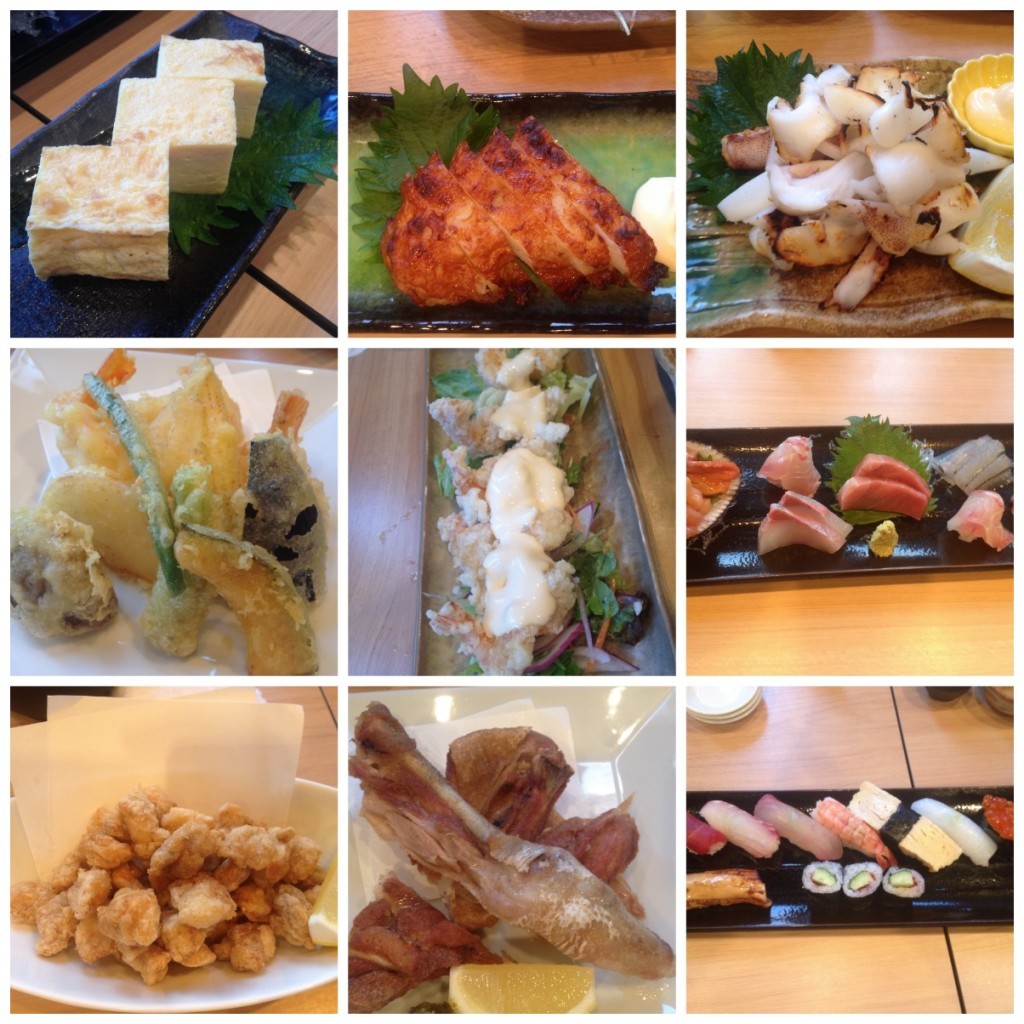 Images of our dinner

After dinner we walked back to Big Elle, thinking we might get an early night, but Captain had other ideas… Moni & Yumi stayed home while we went to take a bath in a public bath house. This was a nice mix of baths, from hot to cold and even one that had electricity running through it. I sat in it for a while and as you came closer to the sides of the bath you could feel the force in the water, very strange, it gave a somewhat numbing sensation apparently it is good for you, of that I’m not convinced.

Public bath in Moji which has an electrified bath

From here we walked to see Moji station, unfortunately it is under refurbishment on the outside but if you want to click this link to see and read some more about Mojiko 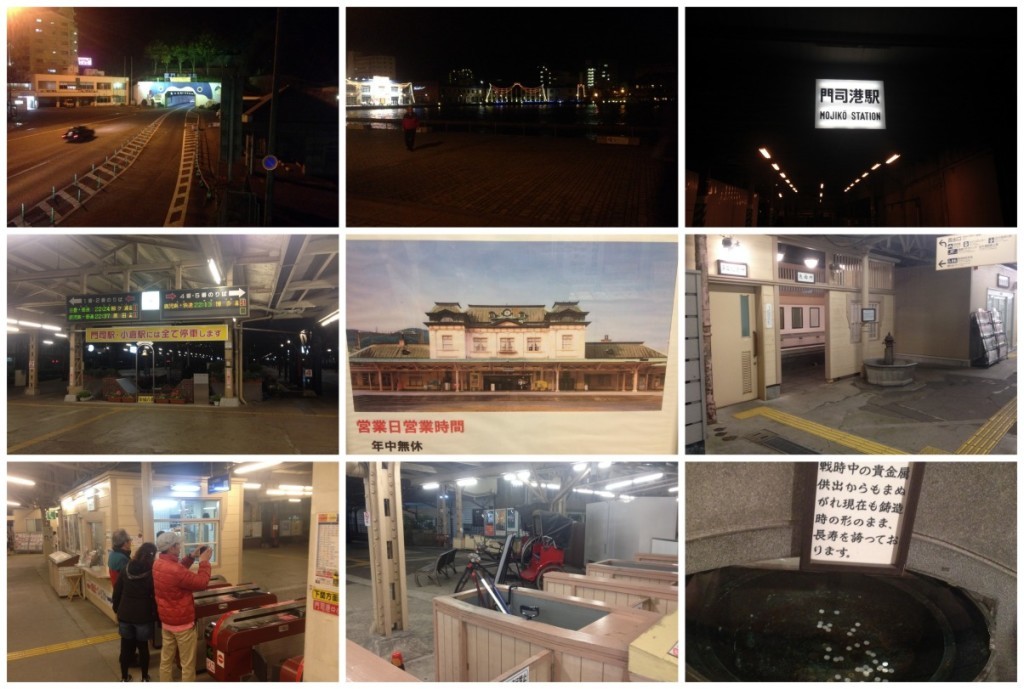 On our walk we came to San Ki Rou a banquet hall. San-Ki-Rou is a wooden three-story Japanese restaurant on Mojiko, that we were told about back at the public bath, not expecting it to be open yet we were very fortunate to be allowed in, Toshi has said to me that it was the best building like this that he has ever seen. It is a three story building that was only just opened after a long period of restoration, it is completly made from wood.

It had many traditional items on display however my photos don’t do it any real justice. 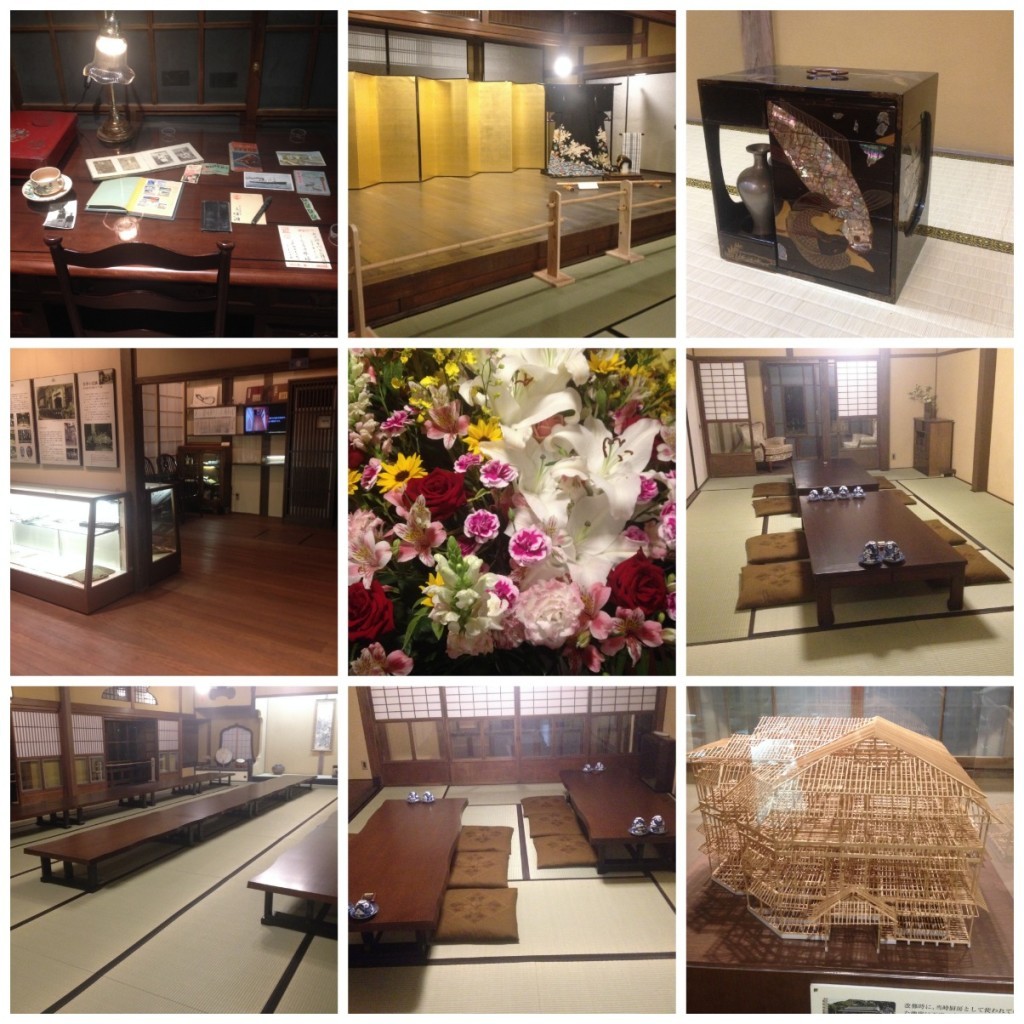 A late evening visit to … that was actually closed

After that Captain was feeling hungry and so we ambled down the streets until we found a place that was open and in we went. 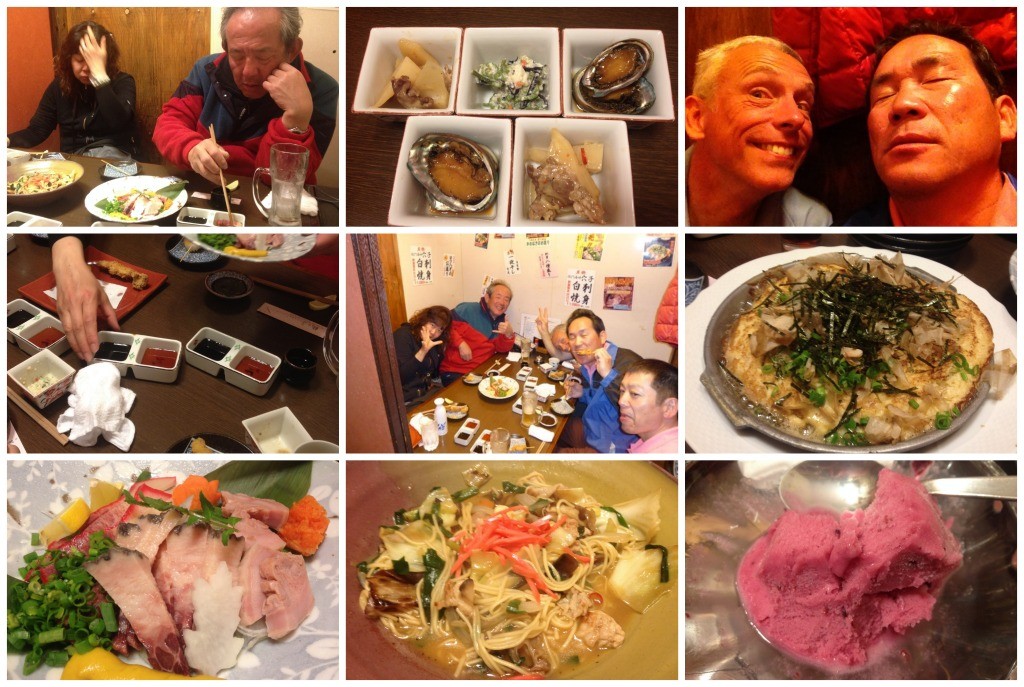 Late night supper for captain as he was hungry

As you can see we were all very tired yet happy to have had this experience.

This is the map from today. another update to the map from Toshi’s Big Elle blog

Oshima to Hirado With a Brief Stop at Yobuko.
Kamikamagarishima to Tokuyama Sailing on Big Elle