Visiting the sights of Lima in Peru.

Having arrived last night in Callao, the port in Lima we were able to get off the ship very early and go and explore.

The port is busy and there is no access around the area by foot and all guests must take a shuttle to the port entrance. 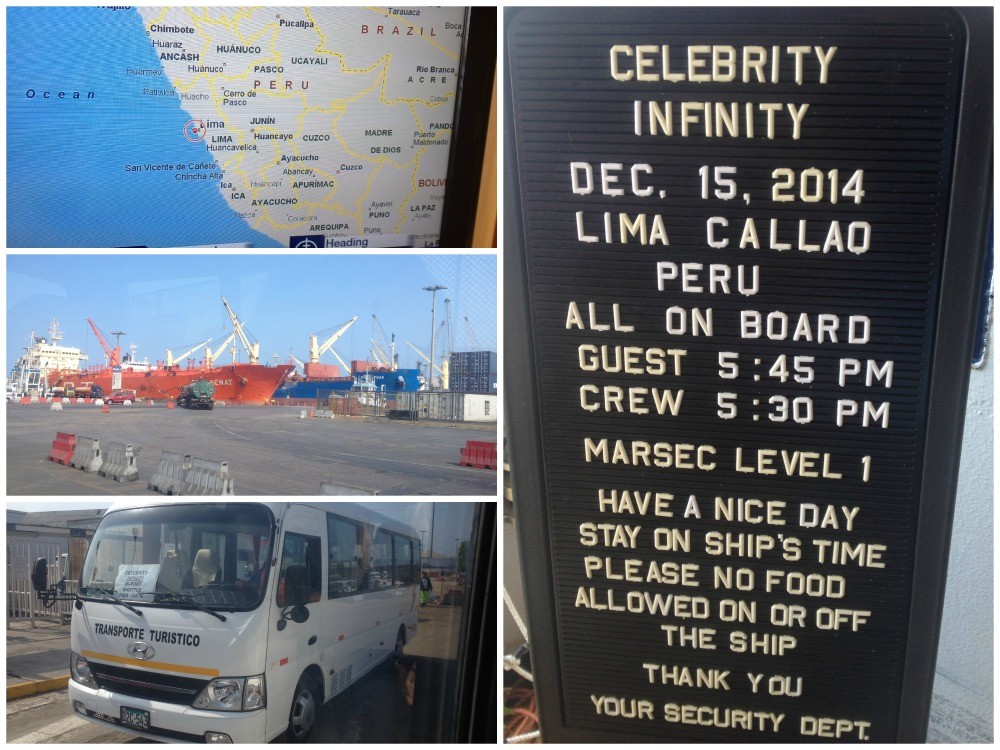 Our drive around Lima begins… 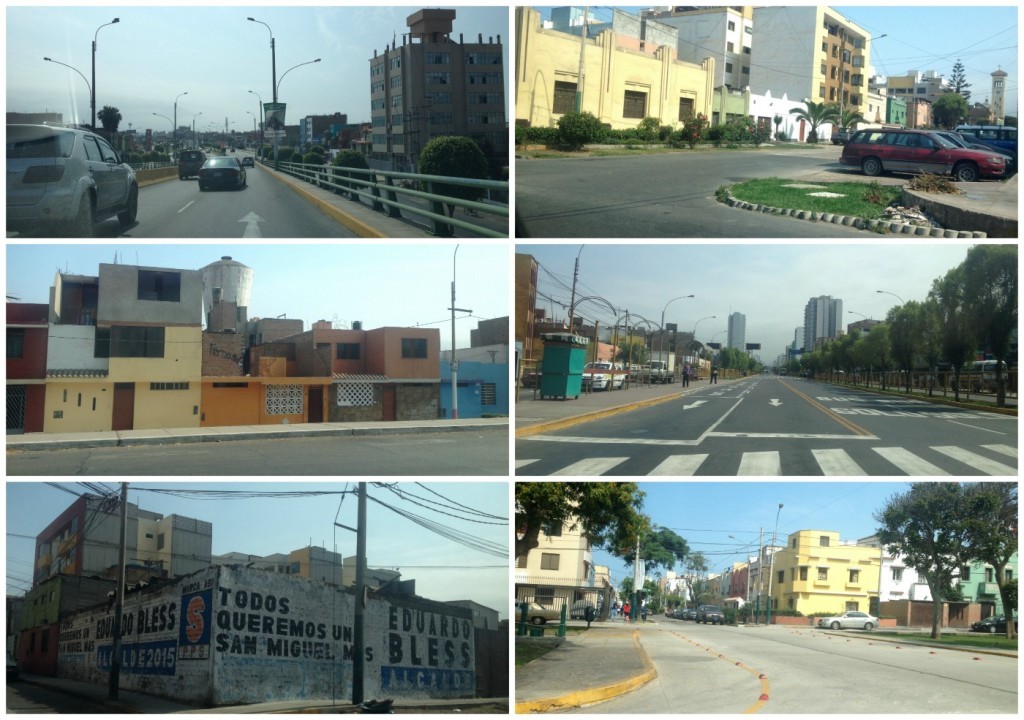 First images from on the roads in Lima

We did see some classy recycling containers even though they have been the only ones… lol, most of the rubbish is just left on the streets. 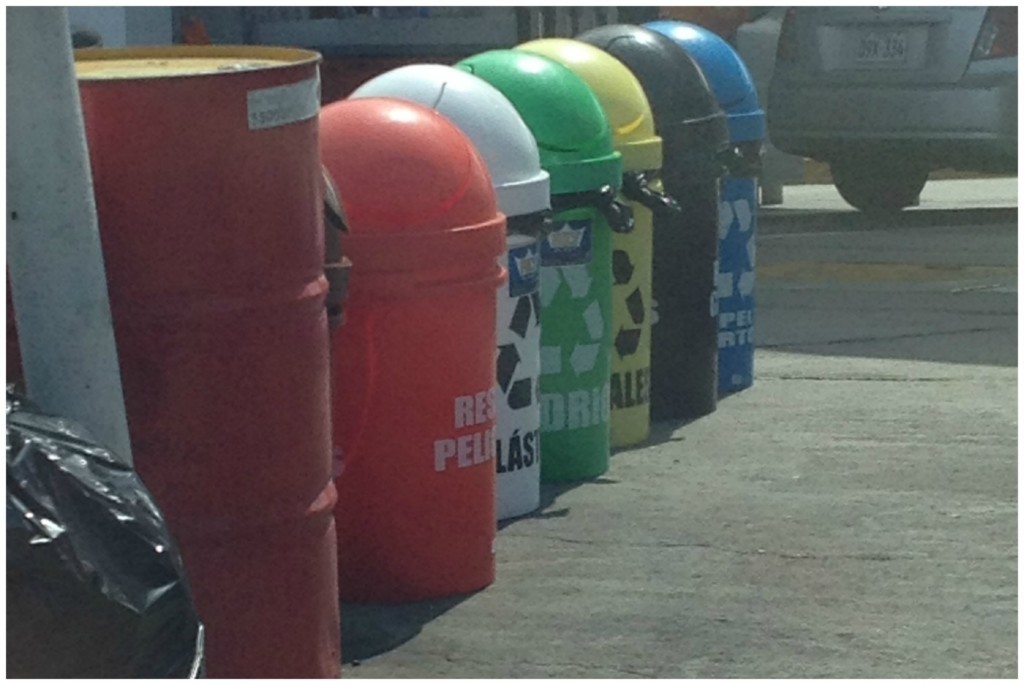 Another nice church in Lima

I’ll try to find out what this place is in Lima.

The square in Lima

Strange sights on the road. 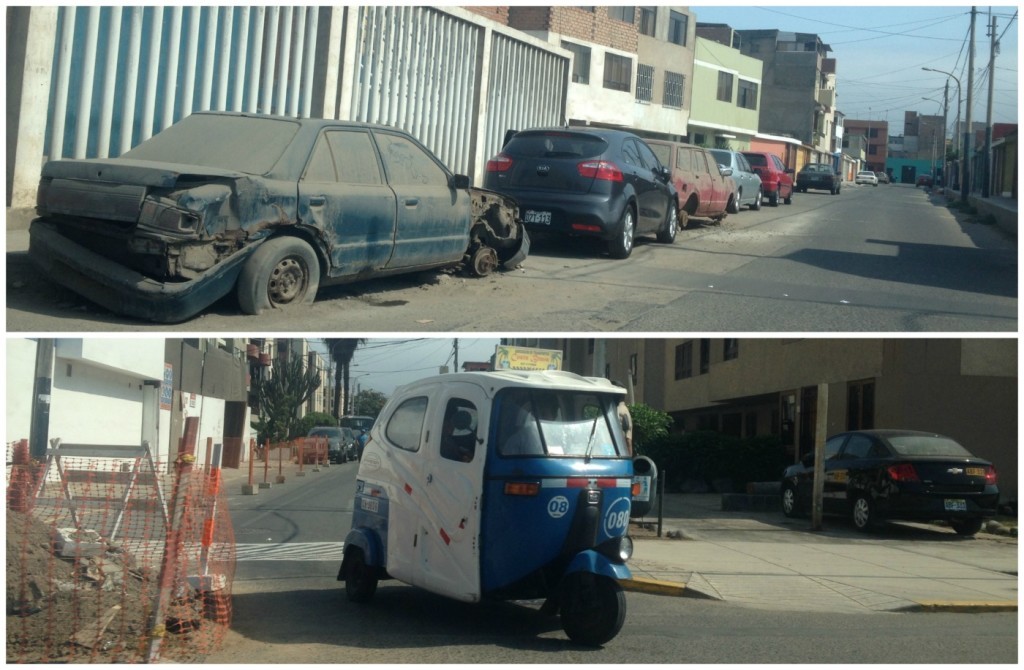 All sorts of vehicles can be seen in Lima

Our tour car around Lima

This photo I took to remind me of the care that these people here in Lima and other places in South America we have met or seen actually being very respectful and careful. In other extremes things are just left to rot away. 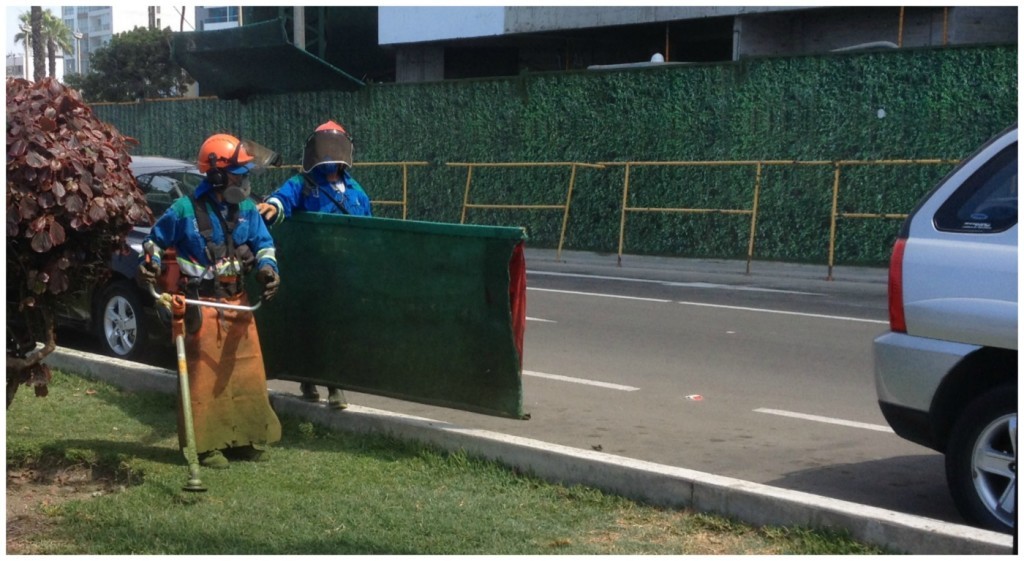 Further along the beach front in Miraflores you find the Love park with the statue or monument of a couple kissing. Many couples can be seen romancing around here… 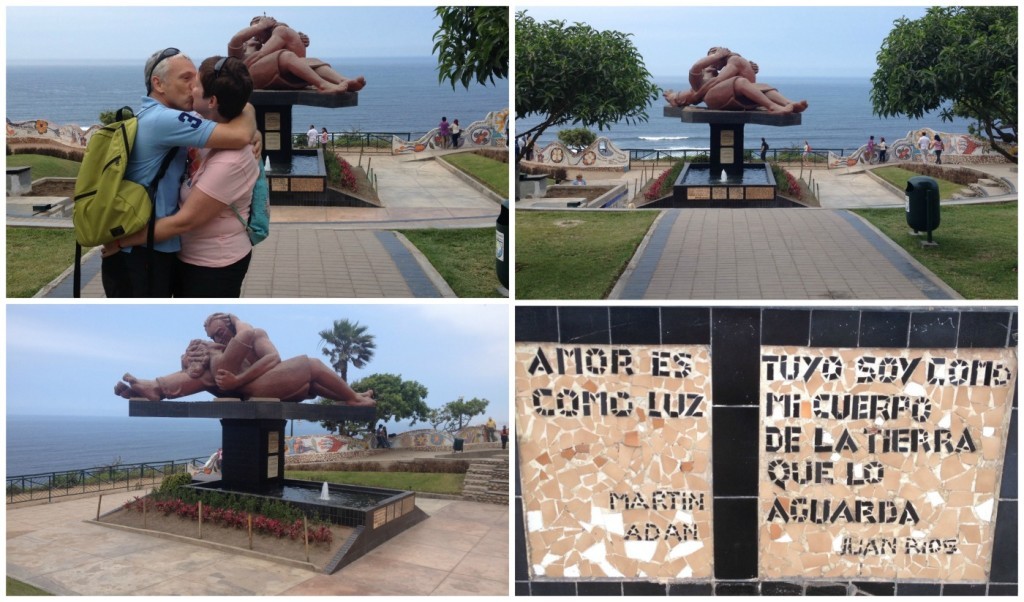 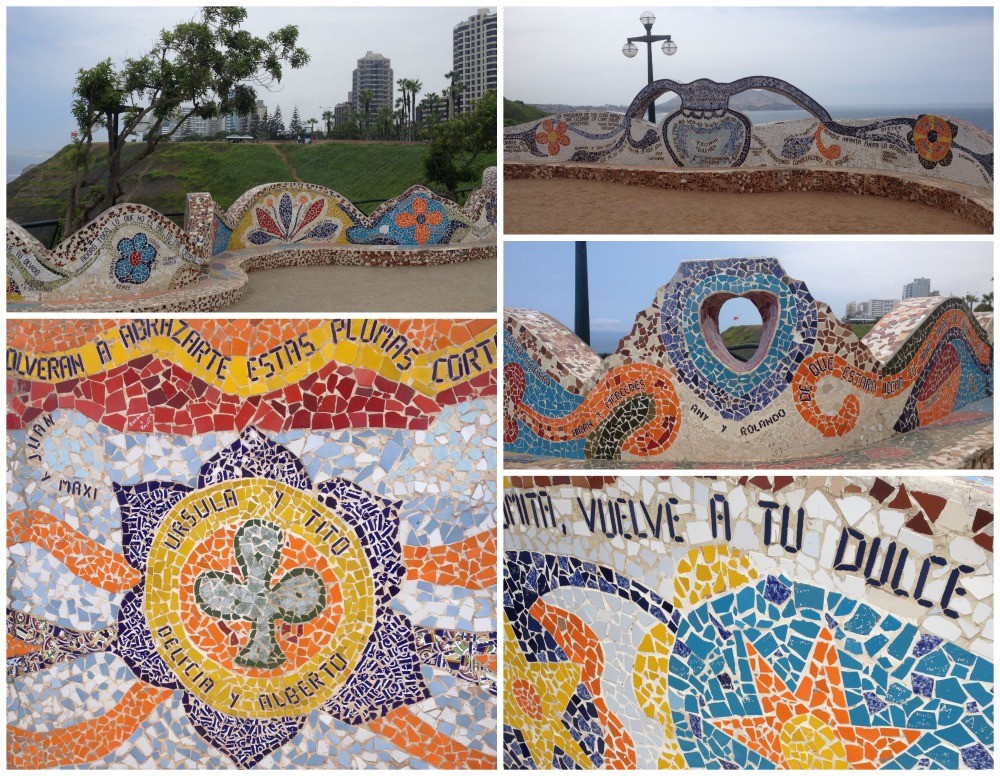 Wonderful mosaic art around the area in Miraflores

Down at Miraflores near the city end is a large shopping area which is built into the cliff and has lots of shops which we didn’t visit, it also has an Oceans Expo on display which shows the wonderful side of the ocean as well as the wrong side which we humans are destroying. 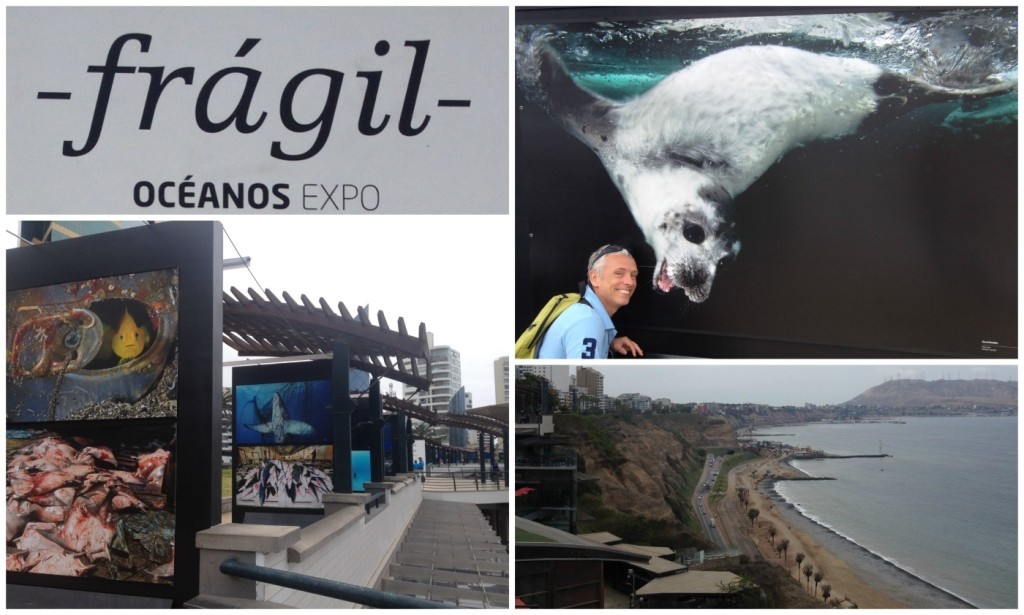 An Ocean expo – ‘fragile’ is displayed along the walkway

“The Inca markets in Lima”

We had a stop at the Inca markets which can be found on both sides of the road with the stalls offering a variety of products, but after a while they all look the same!!

Moni did find a ‘El Tumi’ pendant/charm made from silver and got it for a good price. 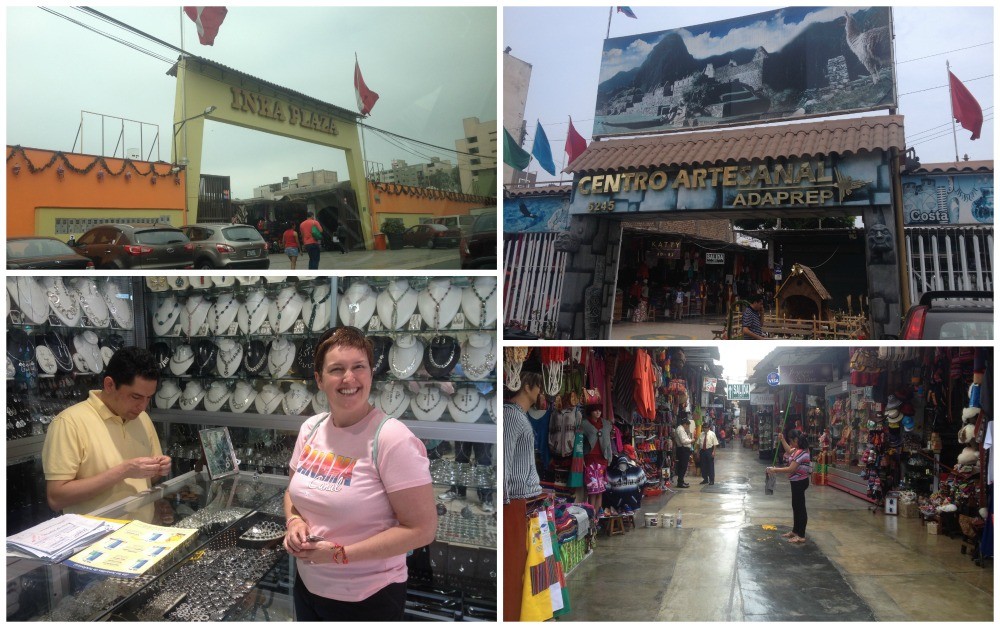 Moni bought a Tumi at the markets

“Peru has its own Cola variety – Inca Kola”

It tastes like cream soda more than cola in fact it has no resemblance to coke apart from the sugar it has.

Colum in a roundabout

Just last month one of the famous buildings was burnt and our driver thinks that it will be restored.

Not quite Nelson’s Colum but…

The Plaza Mayor is the oldest public place in Lima and used to be called Plaza de Armas which actually is the name given to many main squares in Latin America. Francisco Pizarro designed the main square with all the important buildings around it.

The Cathedral of Lima which can be seen in the top two and middle photos is once again very impressive, no wonder that this square or plaza was and still is very important. 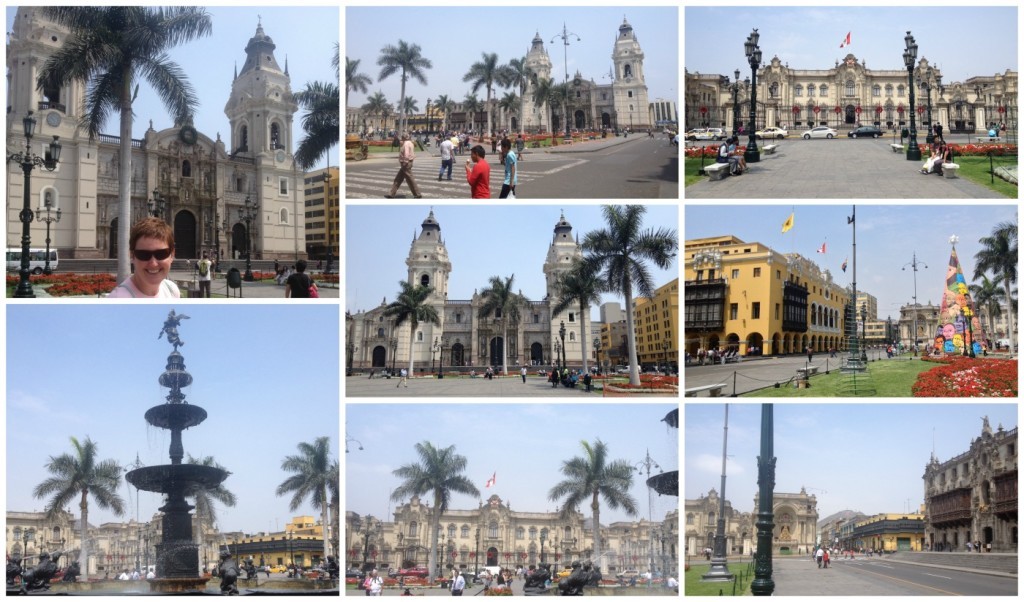 This place looks stunning and you can go in for a tour if you wish. 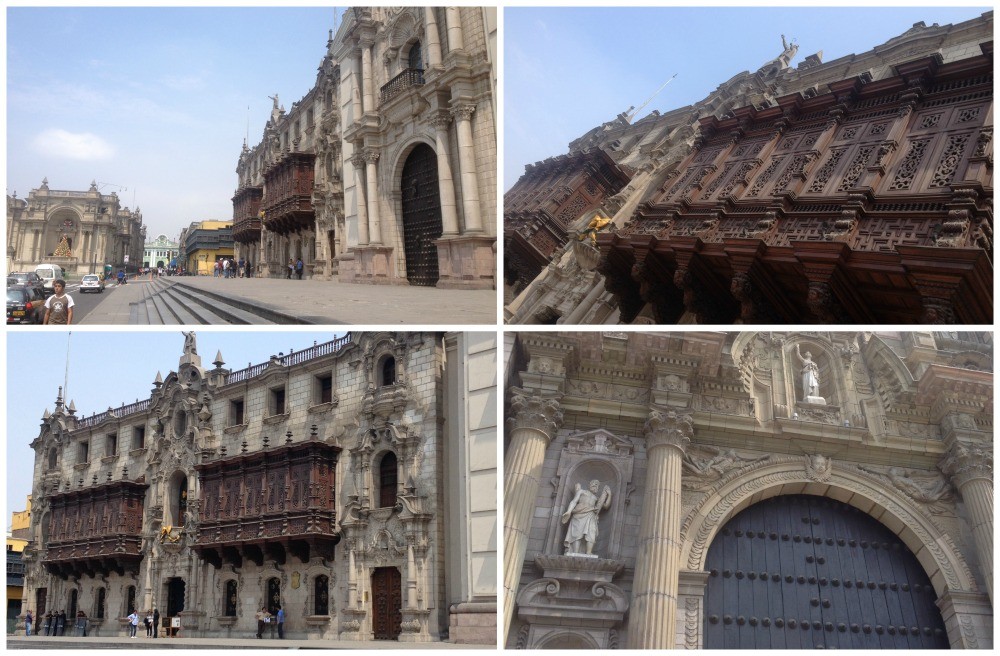 The Government Palace have a changing of the guard which we didn’t see but we saw a few guards. One very out-of-place indeed!! Can you spot him?

It take all 4 sorts of guards on the streets

It looks a little, I said a little bit like Buckingham Palace, without the palms etc.

I must admit, we didn’t know what to expect in here. Sure our taxi tour guide said it was worth seeing and not to miss it for sure, and we were looking at going into the Archbishops Palace but he said the San Francisco monastery would be better viewing.

On entering a couple of ladies from the ship came out and said…”i hope you’re not squeamish, there are lots of bones”

The fee is $2-3 I can’t remember for sure, and you have a guide that talks about all that you can see. Our guide was speaking in Spanish as we had just missed the English one and they run for around 45 – 60 minutes depending. 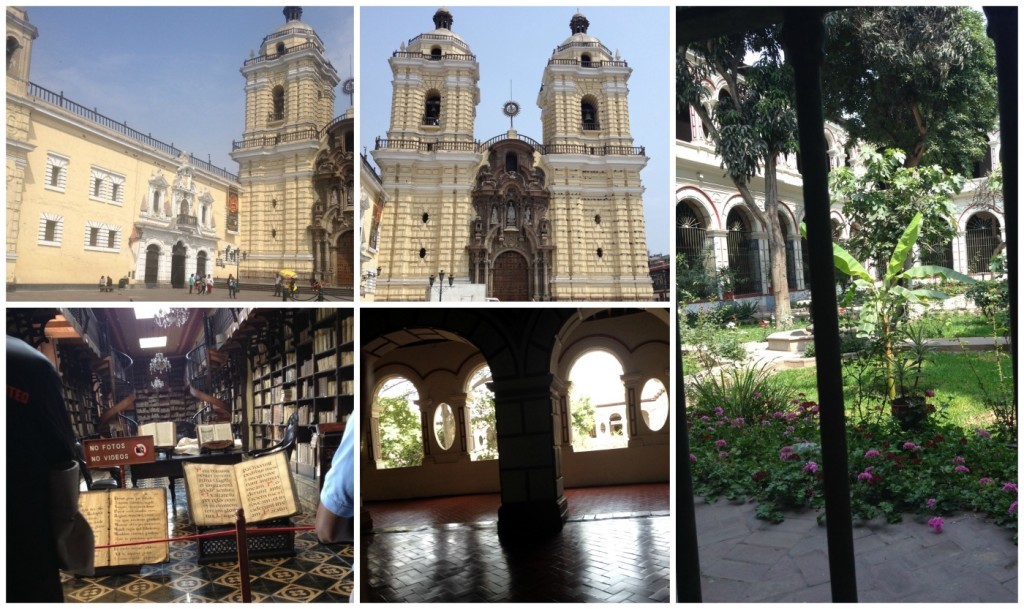 The Church of San Francisco and the catacombs in Lima

The Church of San Francisco and monastery with catacombs tour started out by walking around the building looking at paintings and a few chapels before entering the Library. The library, which is the photo in the bottom left has over 25,000 volumes and is very dusty but looks impressive indeed. By the way, no photos are allowed so the ones you see we sneeked…sorry.

Walking around you can see the walls covered with paintings and various tiles, polished floors and stairs. There is a definite smell in the monastery/museum/church call it what you want somewhat musty but also different and I put it down to all the old stuff that is being kept.

In one chapel with walls lined with art we can see a hole in the floor that leads down but is covered with metal grid. Visible are a few human remains.

The guide walks around some more before we turn into a small entrance way, smaller than normal and here walk almost single file until we come into some larger chambers. We are now in the Catacombs, deep under the church. What we had previously seen was just a glimpse of what is down here. It was full of bones from many thousand of people, some kept on their own others piled altogether, skulls, leg bones etc.

Let me say this, if you don’t like bones and remains you will NOT want to go in the catacombs. I have no photos to show but the links I have included do. Needless to say that these crypts which were discovered in 1951 contain the remains of seventy thousand people or so they say.

The Franciscan monastery from San Francisco de Asi’s of Lima.

We paid our driver for the five hours and thanked him for a great day. Next we checked or should I say tried to check in online using the free WiFi at the cruise terminal, but with so many doing the same the connection was tirelessly slow. 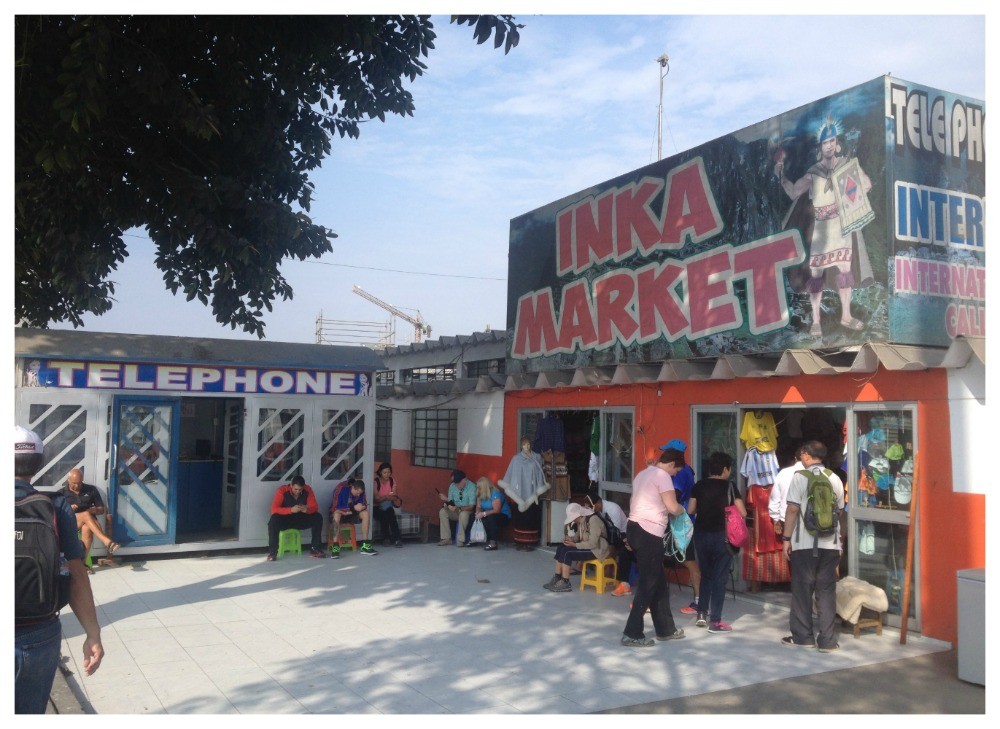 The WiFi shop near the cruise terminal in Lima

Panorama from the ship to Lima Callao 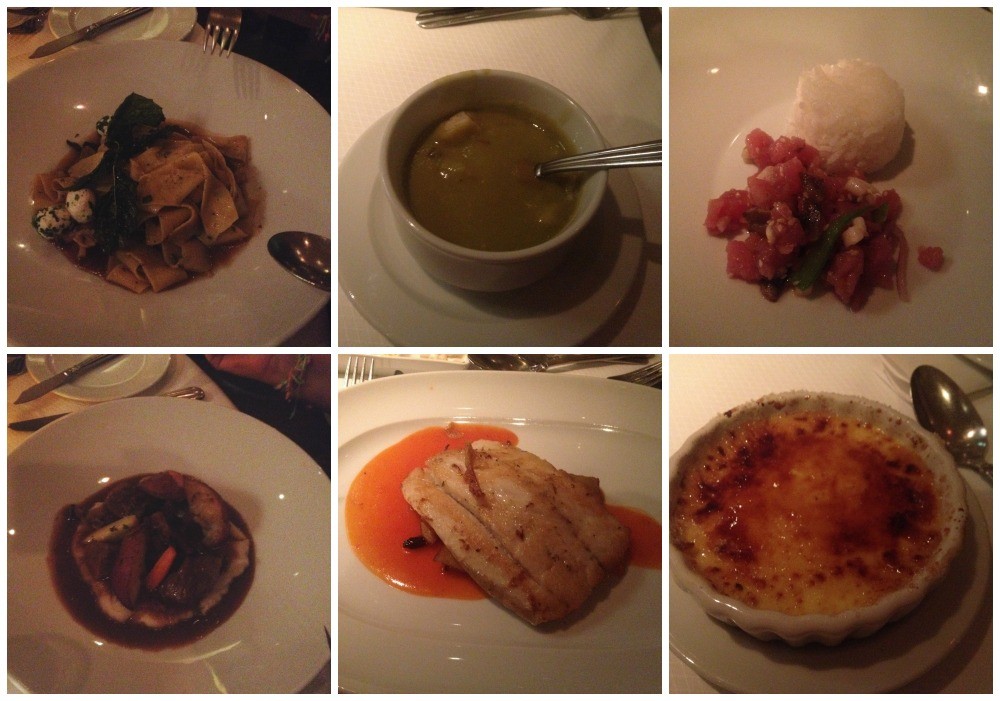