When visiting Yokohama for the first time, there are many things that will grab your attention, no more so than the skyline of the city.

Like many cities in the world with magnificent skylines, there are usually a few key places that stand out. Yokohama is no different. Immediately you will see the Yokohama Bay Bridge, especially if you arrive by ship. 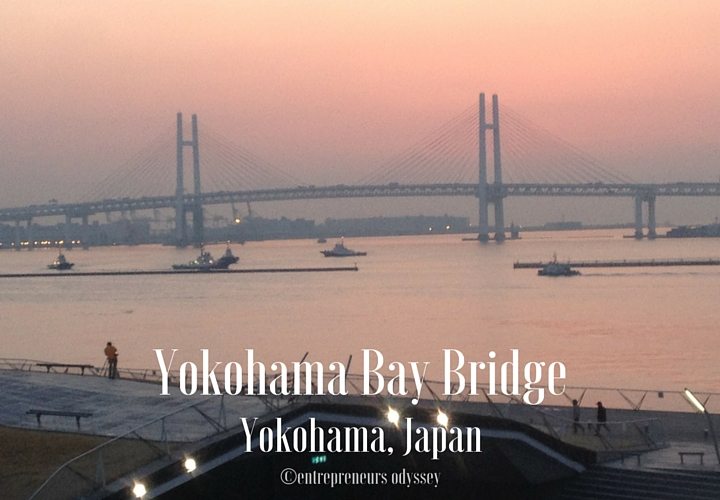 Next up, will recognise the three same looking buildings known as the Queen’s Tower buildings A,B & C, that climb in size next to each other, and from here the tallest building in Japan until 2012, that is the Landmark Tower, standing 296.3 m (972 ft) high. 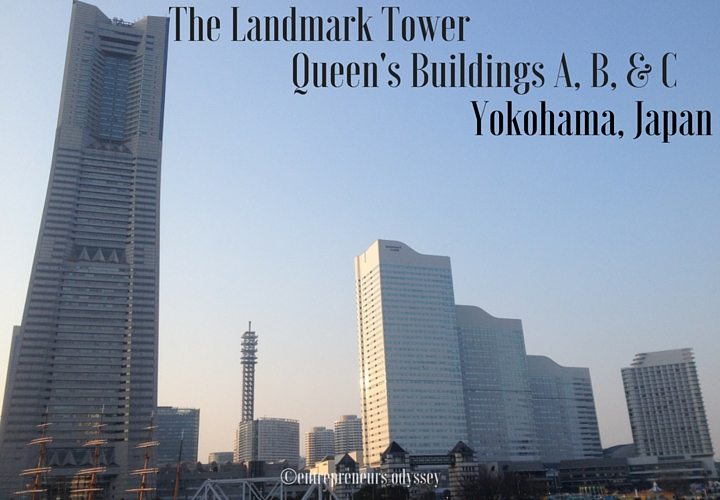 The Landmark Tower encompasses a hotel, shops, restaurants, offices and at the top, it has an observation deck area called the Sky Garden. You can get here by walking from the closest station being Minatomirai Station on the Minatomirai Line. 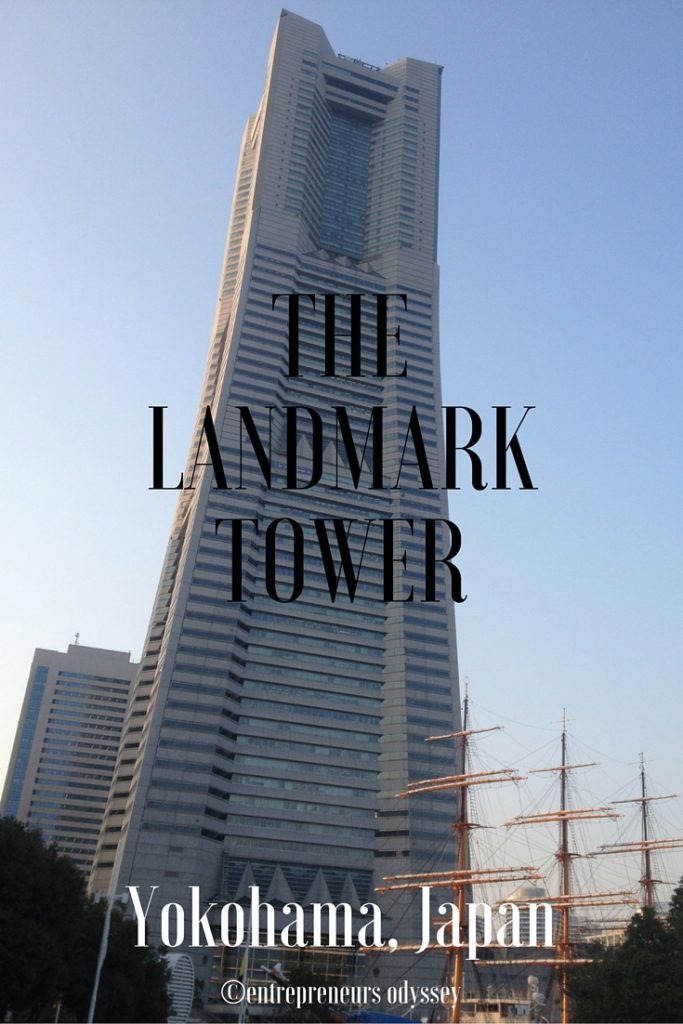 Sky Garden at The Landmark Tower

The Sky Garden on the 69th floor near the top of the Landmark Tower. 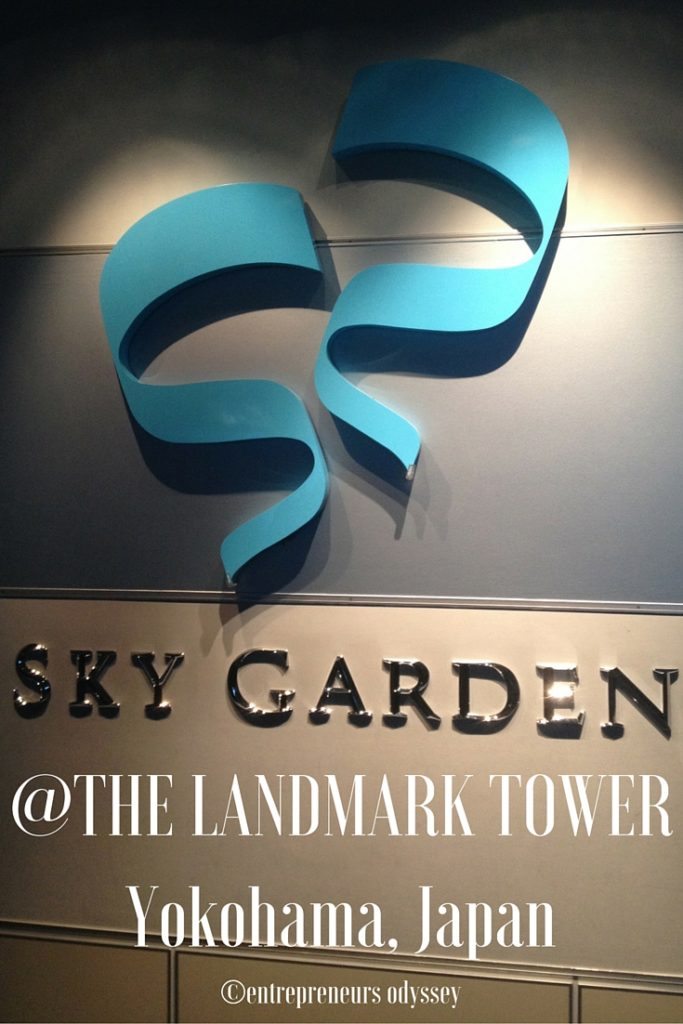 The views from the top are awesome, but before you can go up, you must purchase a ticket from the booth, which costs 1000 Yen per adult.

Then you get to experience the fastest elevator in Japan if only for just under 40 seconds… until you reach the Sky Garden on the 69th floor of the Landmark Tower, where you can enjoy 360-degree panoramic views over Yokohama and on clear days you can see Mount Fuji.

The Sky Garden is open from 10am until 9pm. There is no time limit to how long you can stay at the Sky Garden and if you time it right, you will be able to enjoy views during the daytime and into dusk and then at night. 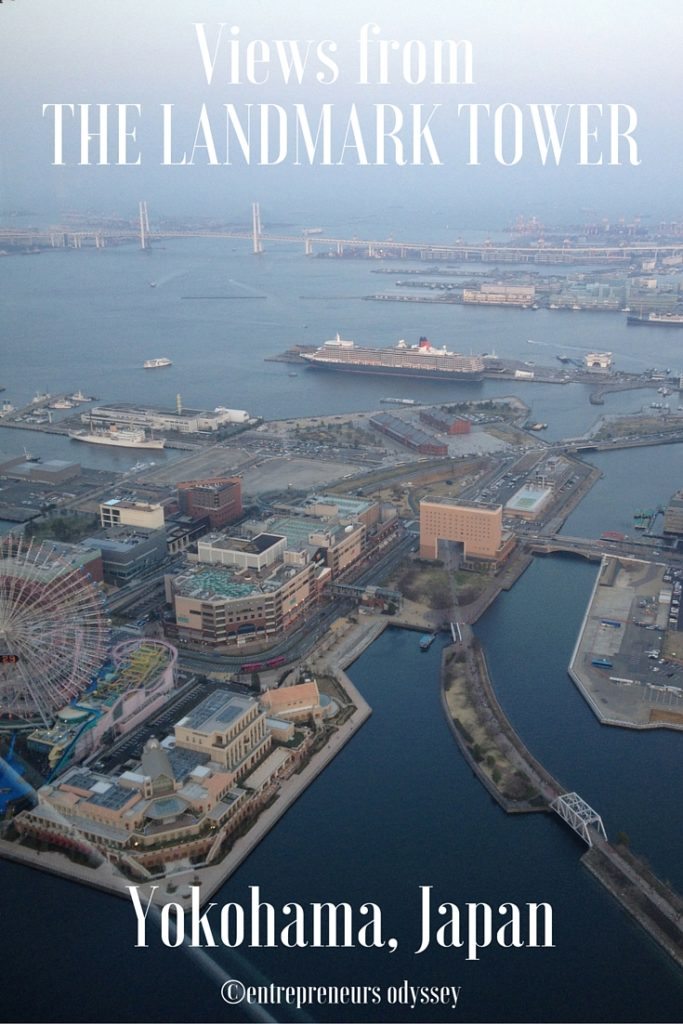 All three times are going to be great for getting some money shots of the city, bay, and further afield. My photos are not bad considering they were taken with the iPhone, imagine what quality you’d get with a professional camera. 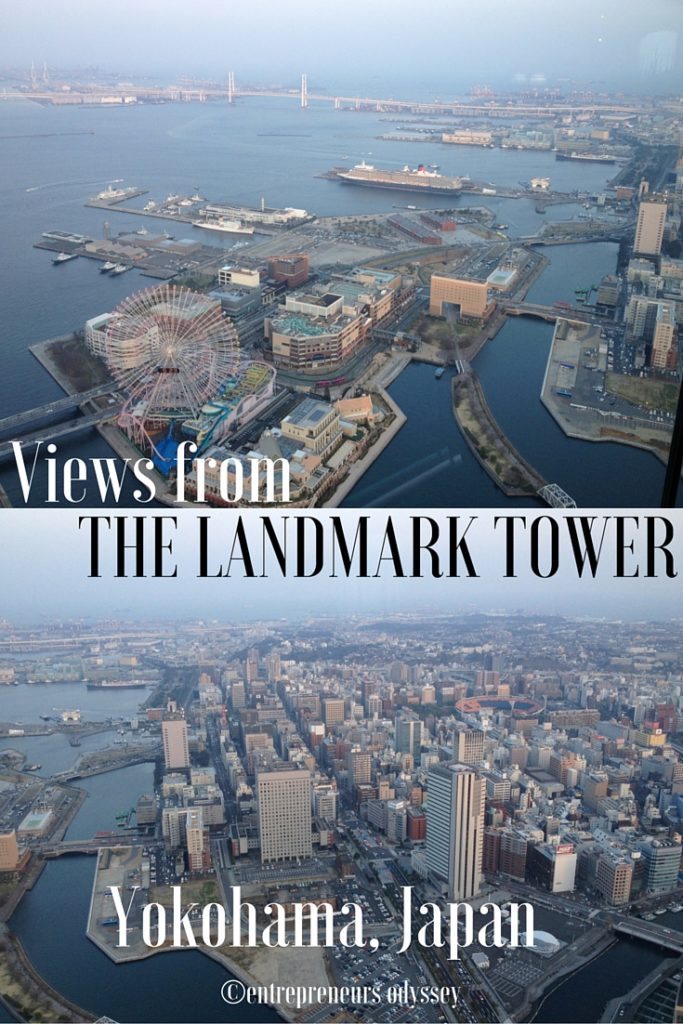 The best thing with being at the Sky Garden between day and nighttime is you get to experience the transformation of the way the city looks and feels.

Nighttime shots bring out a lot of things that during the day don’t really stand out, like the giant Ferris Wheel. 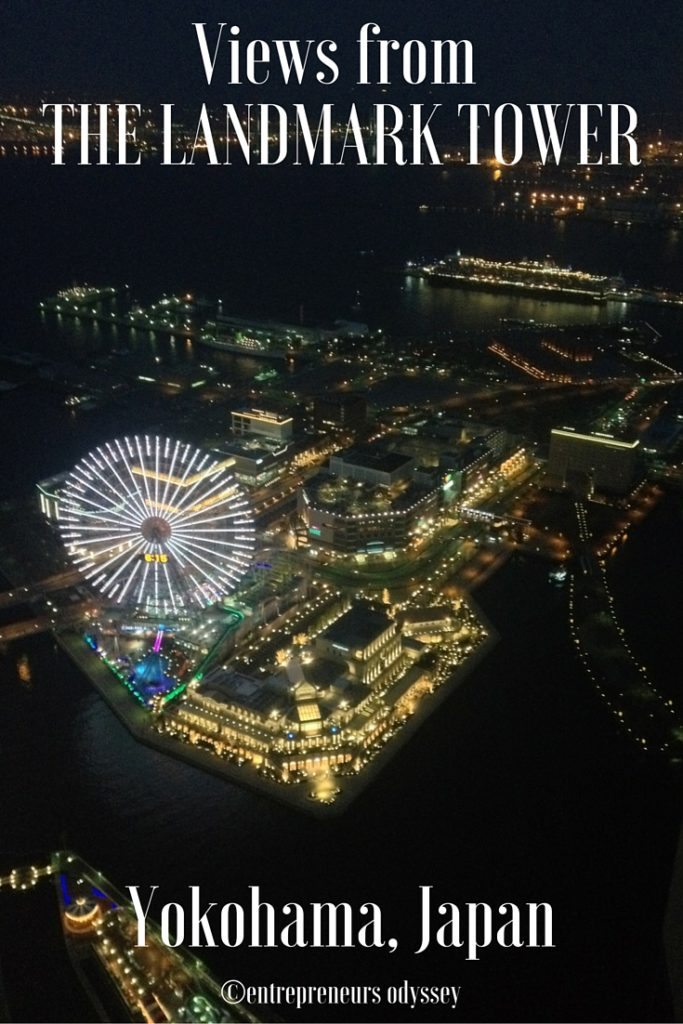 We loved our few hours at the Sky Garden in Yokohama and think that we were there at the best time. It allowed us to clearly see Osanbashi Cruise Terminal where the magnificent MS Queen Elizabeth was docked. Having disembarked from QE this morning, we made our way over to the terminal to wave goodbye to our friends that were continuing on with their cruise.

If you stay up there long, you’ll probably be feeling hungry by the time you decide to make a move and head back down.

At the bottom of the Landmark Tower, there are a huge amount of shops and food venues. I guess you could spend all day in this building and only go home to sleep, that’s if you didn’t want to stay overnight in one of the hotel rooms. 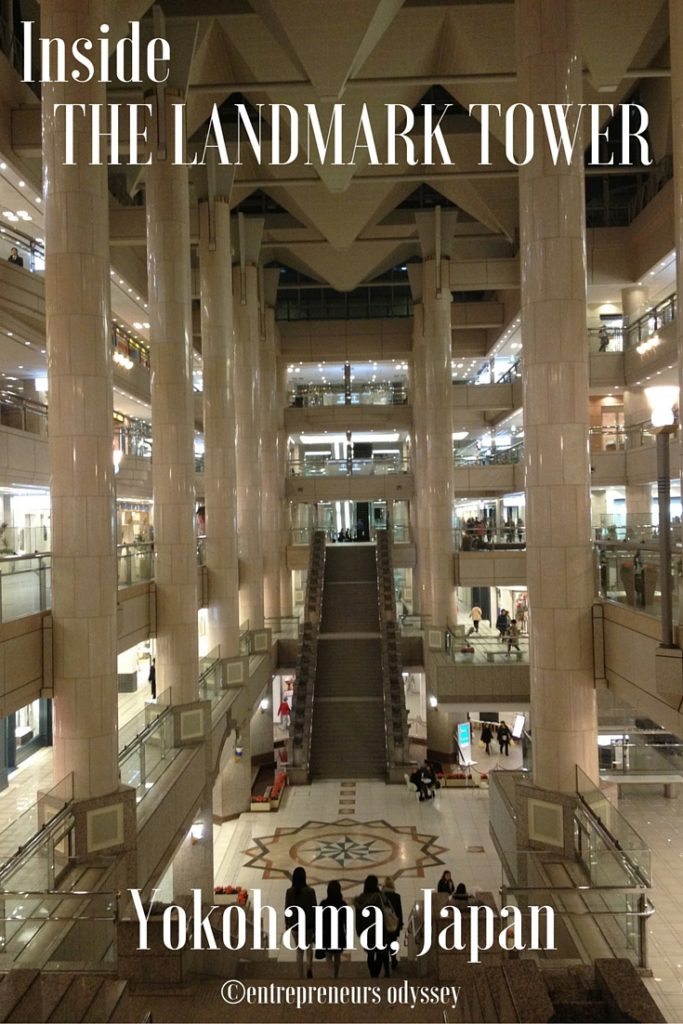 Inside The Landmark Tower, Yokohama, Japan

We found a small place to eat called ‘Testu’, a noodle restaurant with a difference. After enjoying our meals we made our way to the cruise terminal.

Having disembarked from QE this morning, we arranged to wave goodbye to our friends that were continuing on with their cruise.

If observation decks in tall buildings excite you, then you might also like to check out the Yokohama Marine Tower. Even though it is a lot smaller (100 meters high) than the Landmark Tower, it still offers wonderful views and is very popular. If keeping your feet on the ground is more your style, then be sure to check out a few of my favourite sites in my top ten things to see and do in Yokohama.

Have you been to Japan and Yokohama? Tell us in the comments below. Would you like to visit the Landmark Tower and check out the awesome 360-degree views? What other cities have you visited that offer observation decks?

Monika Mundell is a communication strategist + SPARK business coach for women who want to liberate their time + showcase their expertise with with icky free, FUN + profitable marketing. Monika loves nothing more than showing women entrepreneurs how to earn more + work less. When her laptop is snoozin’, Monika likes to indulge in epic lifestyle pleasures... such as travels to exotic destinations, smacking her lips around the rim of a good flat white, and voraciously consuming crime novels. Liberate your awesome at MonikaMundell.com.
View all posts by Monika →