The traffic police have been busy the past few days on the street below our balcony at Park Place here in Envigado.

The street has “no parking” signs all along the road yet everyone seems to have their own agenda and park where he or she wants regardless of the signs. That may be the reason that the past two days the traffic police have paid this street numerous visits.

The first time they came they were very lenient, allowing the bike drivers mainly to just go about their thing and then move on. The traffic police let you know they are there by blowing a whistle in a special unique tune which should alert you and allow you time to move on with your motor bike.

However the following days they have been less tolerant and have actually removed some mototr bike or scooters from the road side. They still gave plenty of warning sounding their whistles and allowing you to drive away, but a few less fortunate have had their bikes removed. 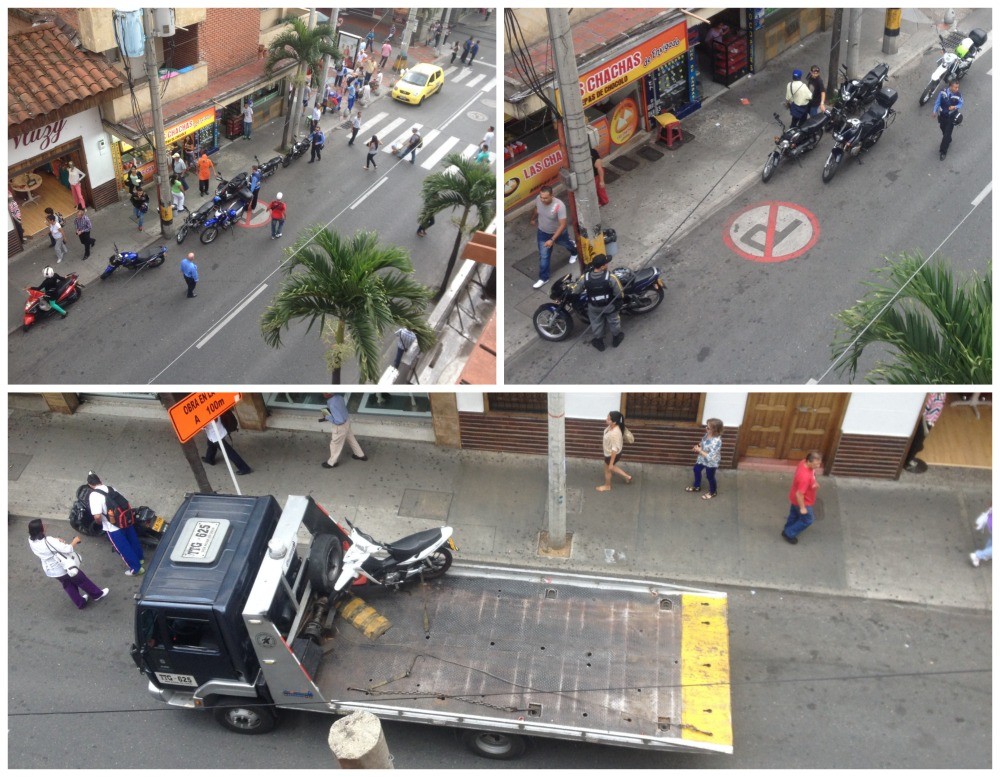 Again this morning they arrived, this time eight of them made a blitz on the road and removed another bike which no one came to rescue.

It’s great that the traffic police allow you the time to retrieve your bike and move on, if that was back in Australia or many other country for that, you would have hardly a chance and would be instantly booked and fined, I really love the way the people and authorities interact in a civilised manor.

Another lesson that we could learn.

Lunch At Restaurant Do Sabores in Envigado
Arriving in Medellin Colombia