Puerto Rico and the port of San Juan

I ordered some room service which we ate before heading to the restaurant for a continuation of breakfast, that’s the thing about life onboard and food, you can eat as much or as often as you want.

The good thing about having a balcony cabin is that you can enjoy a leisurely breakfast while watching the scenery unfold as you enter the next port.

Something that we did notice was that the people who bought the $49.95 beverage pack are the ones buying champagne cocktails for breakfast trying to make sure they actually use the $49.95 each day to get their moneys worth… how sad. That’s $350 for the entire 7 day cruise just of alcohol per person mind you $700 for two!!! If that’s easy for you to drink then it’s a great deal, if not, you might just become an alcoholic for a week.

Puerto Rico and the port of San Juan

We were tired this morning, probably from all the sun we got yesterday, yet we were excited about our next port which always makes us get up early.

Sun rise in the Caribbean, cruising in to San Juan

On time at 7am we were alongside in San Juan and at around 9am we were getting off the ship.

A short walk into town which is basically starting at the end of the pier. There was already another Carnival alongside, Carnival Liberty and not long after there was a third.

First, we passed a man in a cigar shop making handmade cigars while puffing away happily his own. 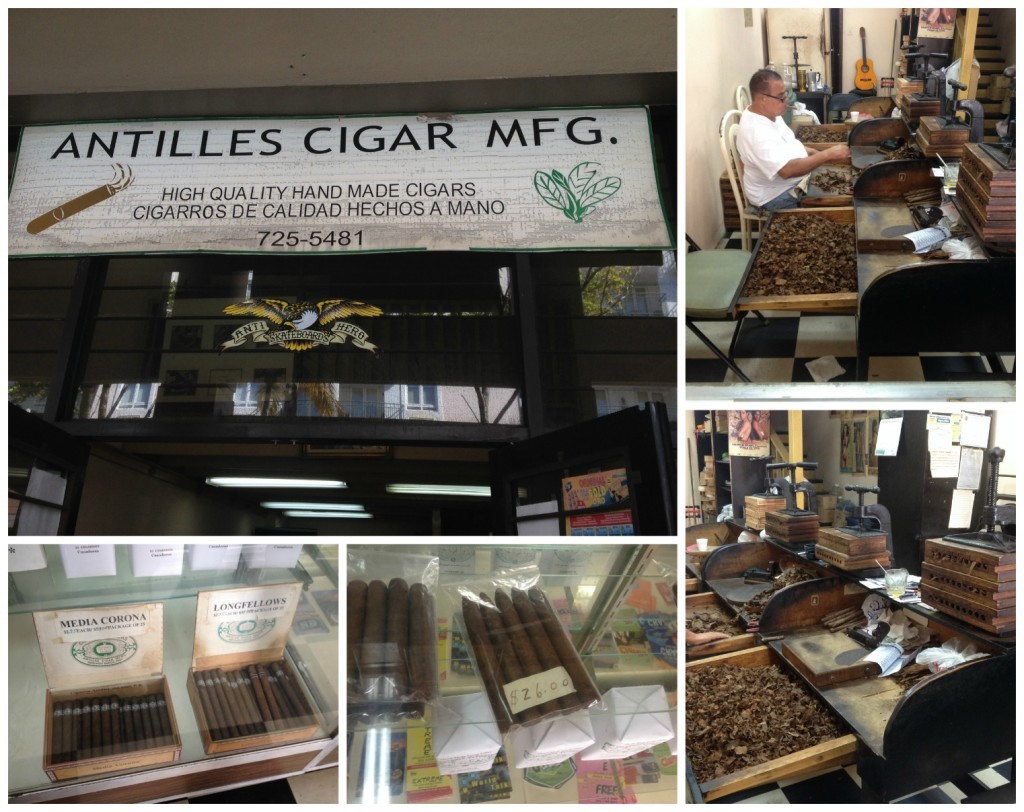 Hand made cigars being made in San Juan

“The streets of San Juan are very colourful”

These are some of the images that we snapped up during our time today. 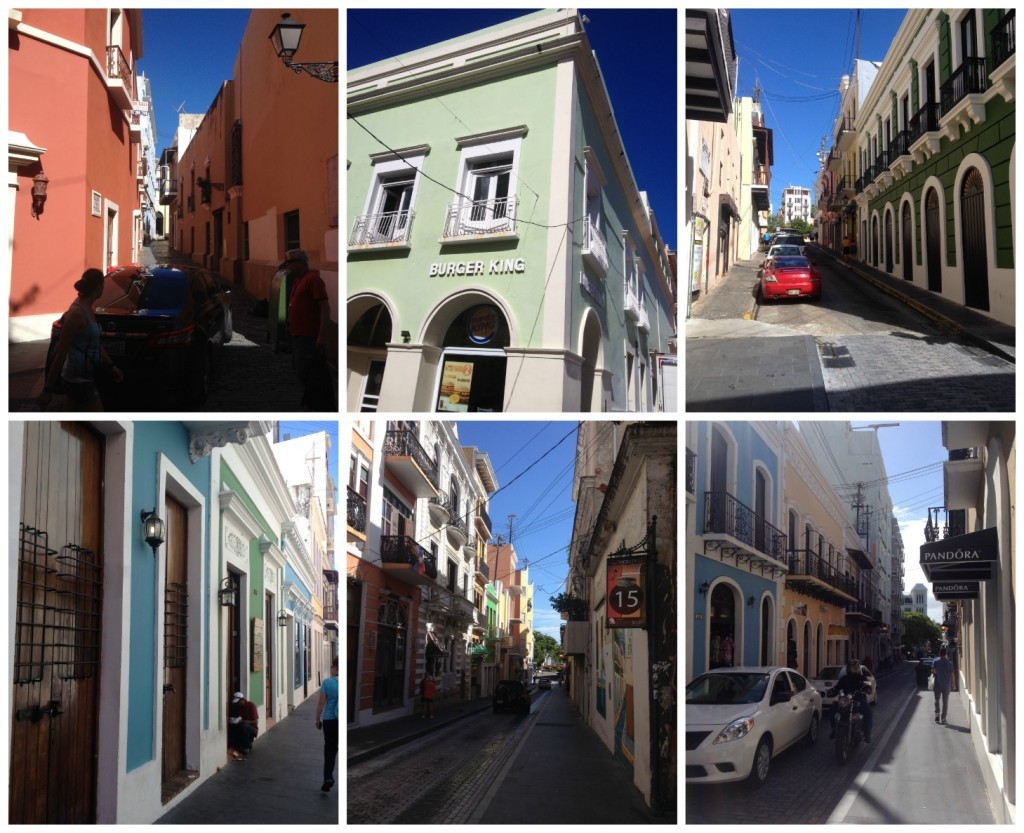 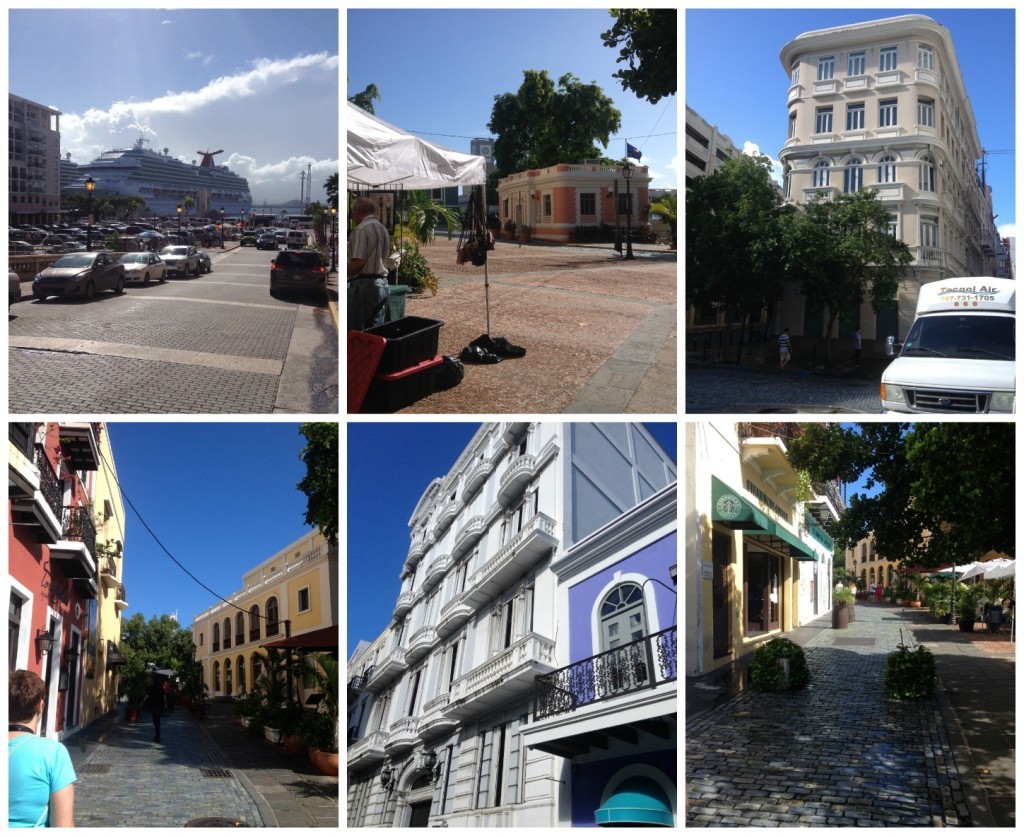 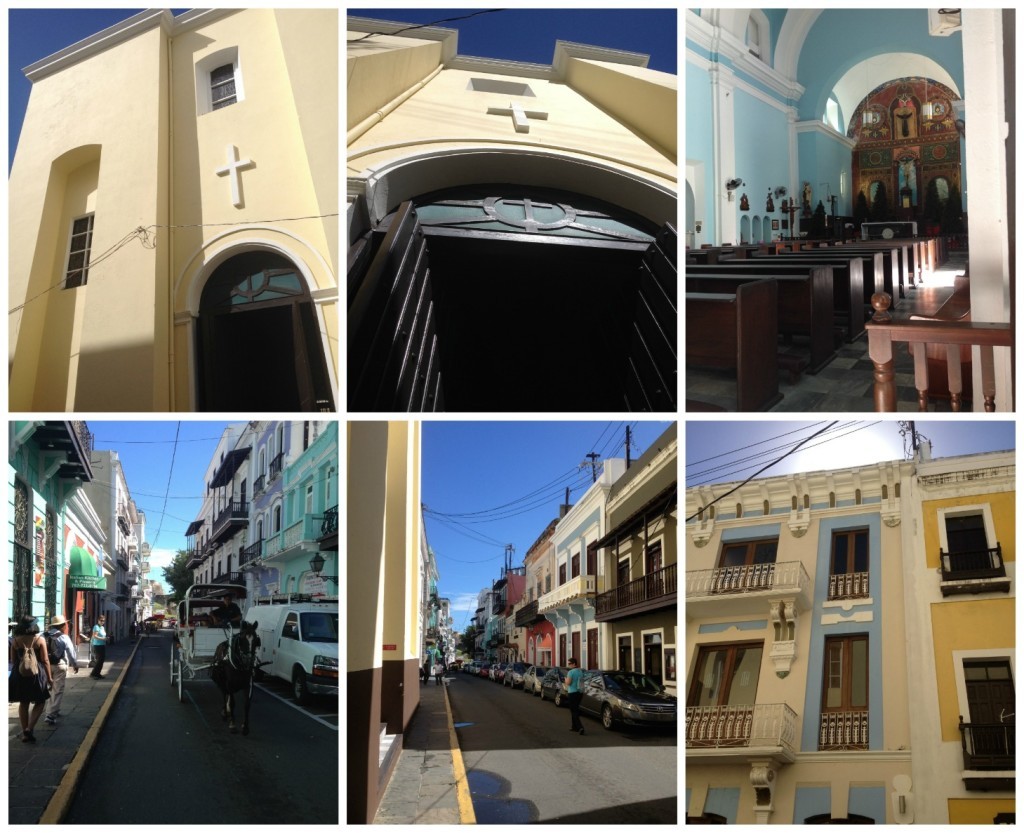 A church in San Juan 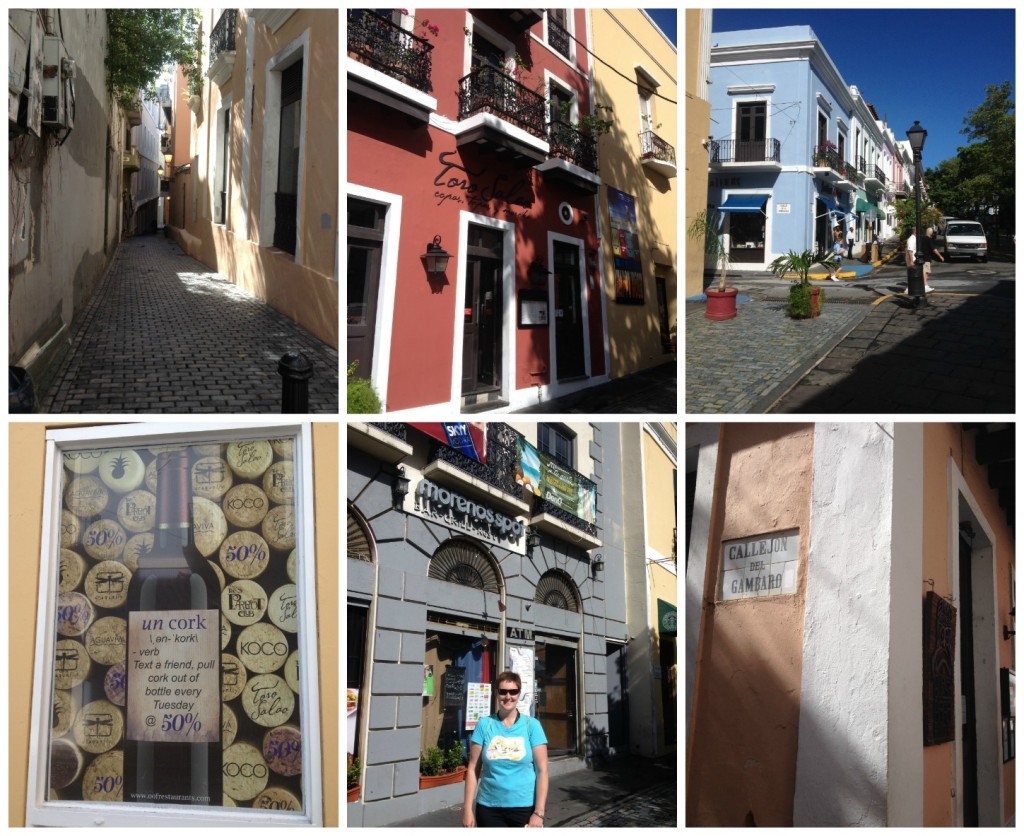 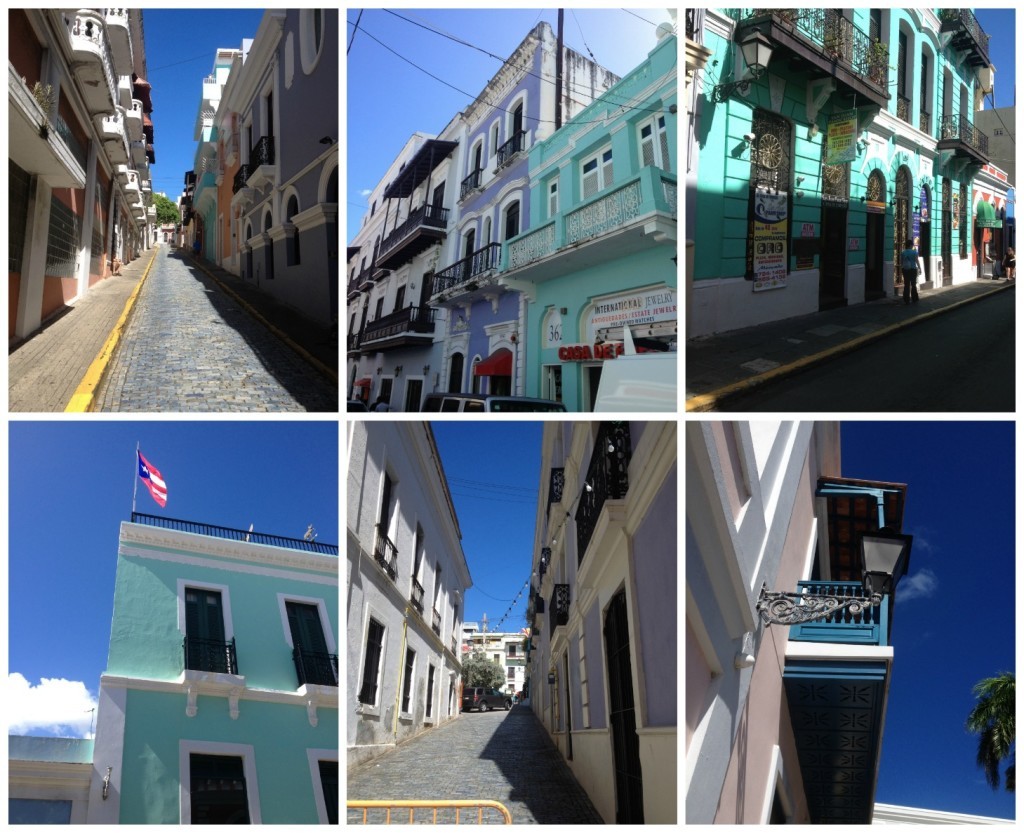 Walking around the streets we found our way up to the Old Fort and paid the $5 entrance fee and then explored for an hour or more. 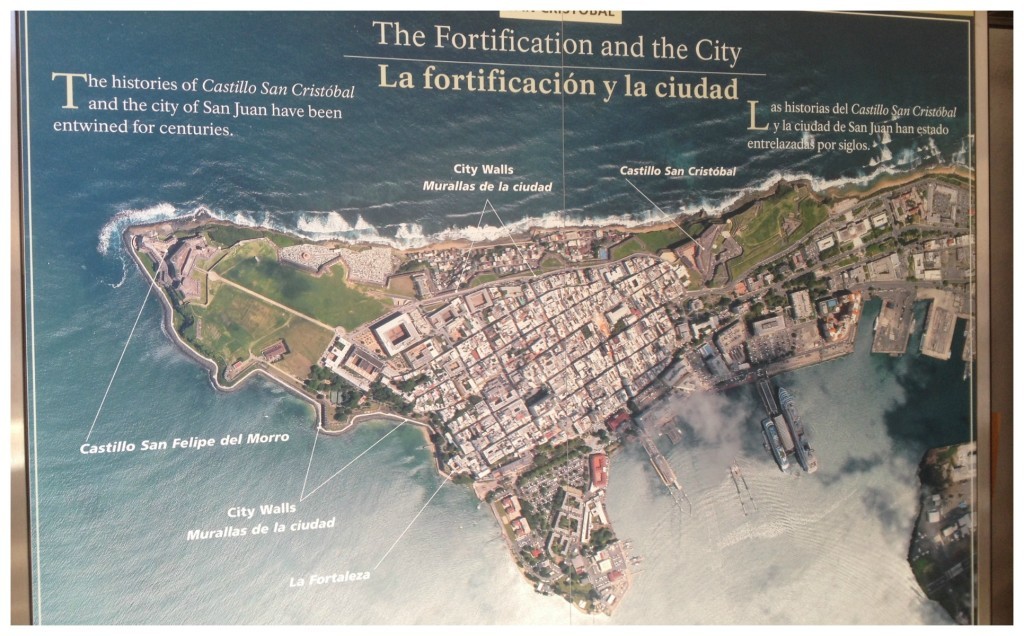 The Fortification and the city of San Juan

Images from the San Cristobal fort in San Juan

As you can see from the images there are great views from here. 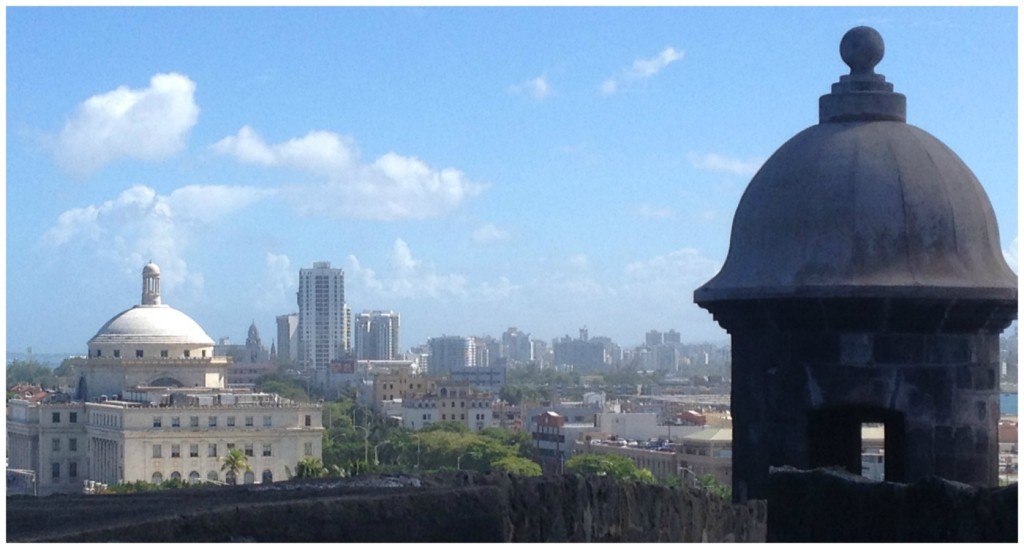 This fort had been the strong hold for the Spanish for around four centuries fending off the British and Dutch, until the Americans came less than 150 years ago with far superior weaponry and within two hours had taken control of the one Spanish Island and raised the US flag. 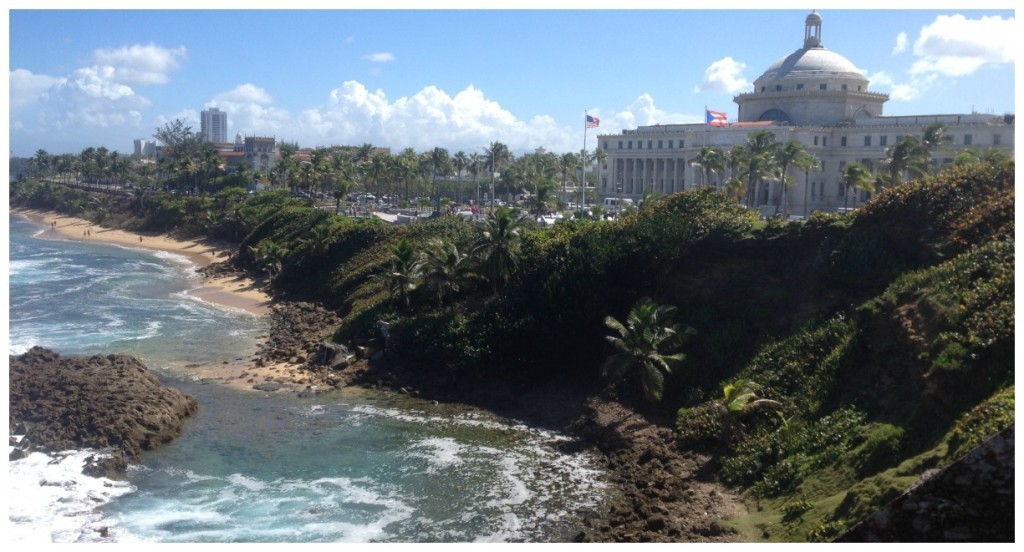 Most people speak Spanish on the island, even though it belongs to the US.

After an hour or so at the fort we walked back into town which is really not far and had a refreshing beer while people watching. By now a third Carnival ship had docked, Carnival Freedom. 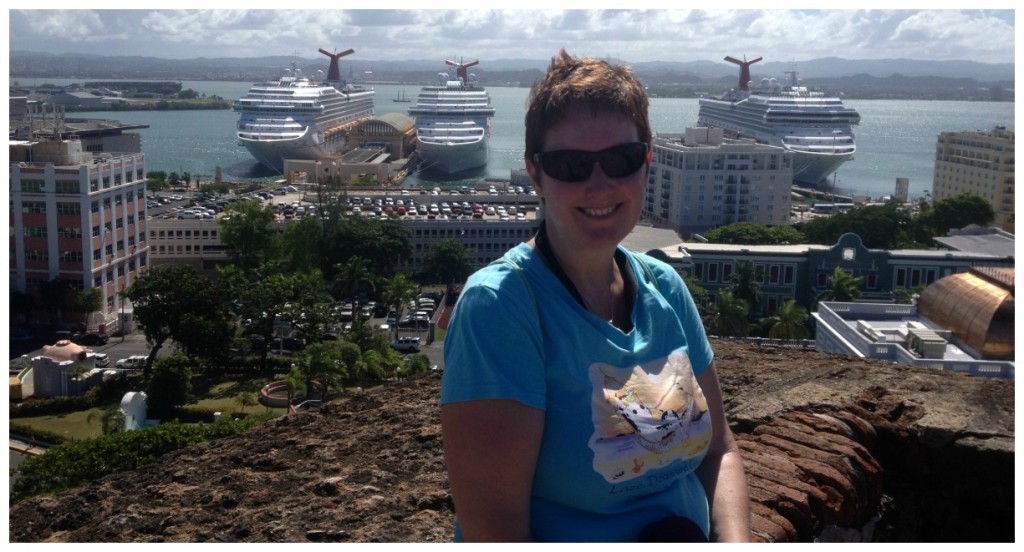 “Kisses from parrots in San Juan”

Wandering around we saw some wonderful parrots being used for photos that were in very good condition and well looked after, we watched for a while before Moni had her photo taken with them, $5.00. The real mummy bird actually had kisses from two of the huge parrots.

First one, then two & then 3 parrots

A 4th one, then on the head & cuddles

Next we went in and out of a few shops before catching the trolley which is a free bus service that goes around the town allowing you on and off as you please.

We got off at the port and had nice coffee from a small cafe right near where the ships dock and along the shore front. If you like great coffee then this is the place for you. $8.00 for coffee. 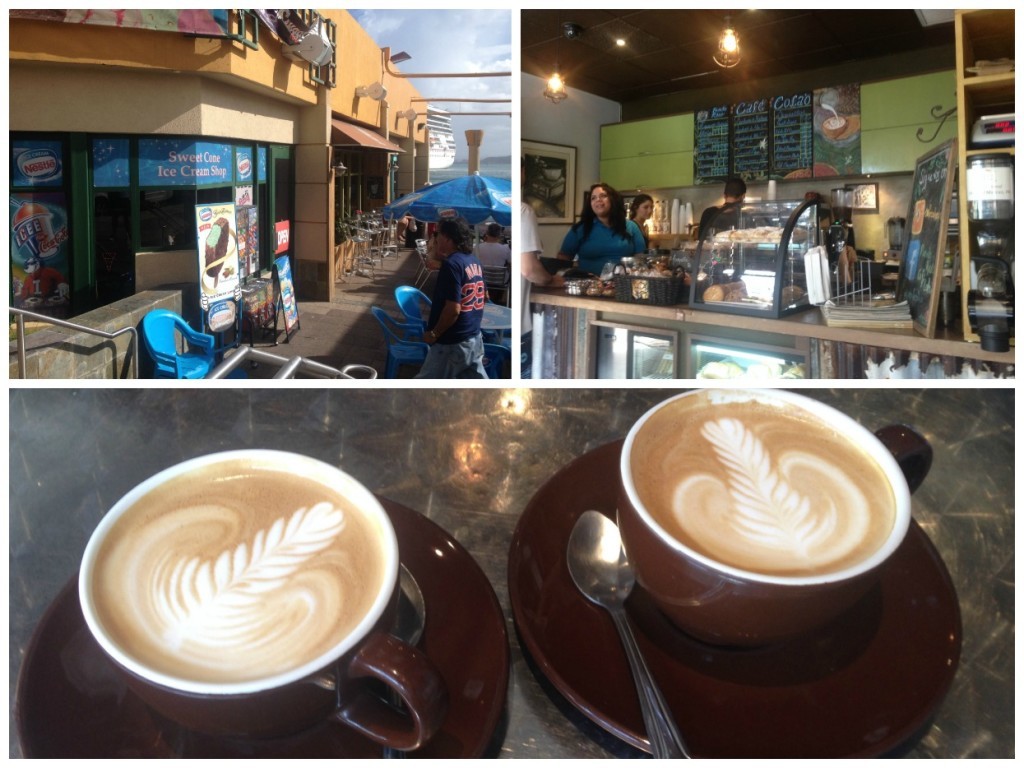 A lot of street sellers are also here all tempting the tourist for their money. We are so glad that we don’t subscribe to the take back souvenir trade that the majority do, buying up crap just because, even though we have bought lots of souvenirs in the past, none of which is cheap made in **** crap.

Back on board I ordered room service sandwiches while we sat on the balcony and enjoyed the afternoon sun and the sail away from San Juan. 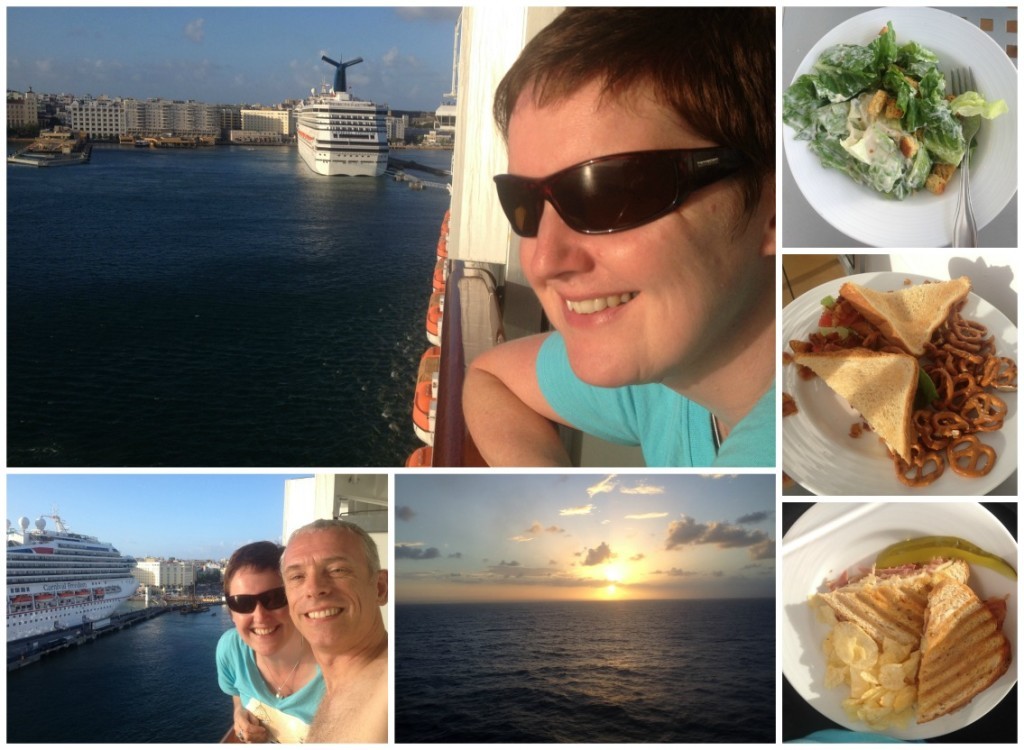 “Cinema at sea on Carnival Splendor”

After sail away we walked around and then decided to have a cocktail by the pool and just by chance a movie was on at 7pm… Grown ups 2. 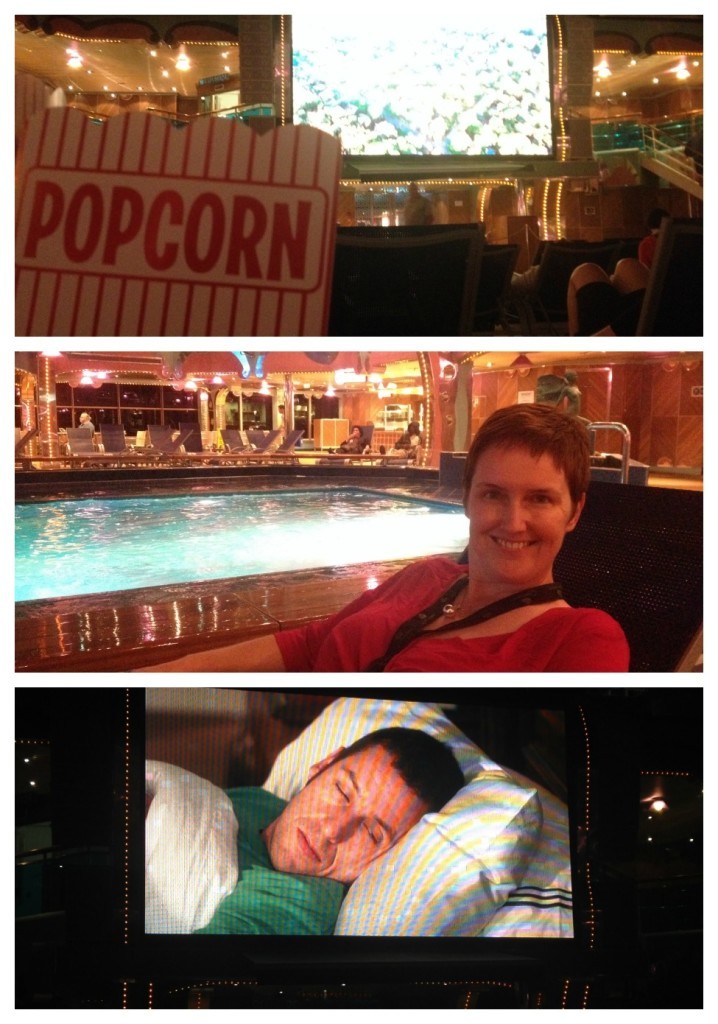 Cinema at sea on Carnival Splendor

We watched it and enjoyed a few good laughs, and half way through the cruise director had to give a couple of announcements, go figure. Then because the ship has NOT got their timing down pat we were too late for our dinner in the dining room so we settled for the buffet, with a poor selection.

Then we had to get online for Moni to do a coaching call at 10pm, ooh the business life at sea. 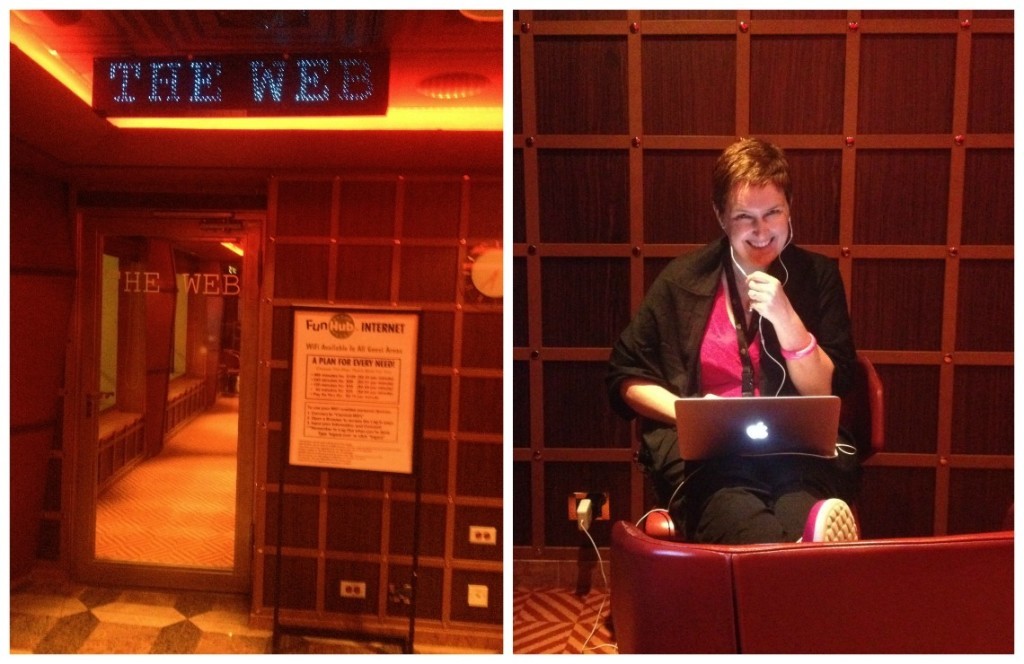 Another of Carnivals famous towel art. 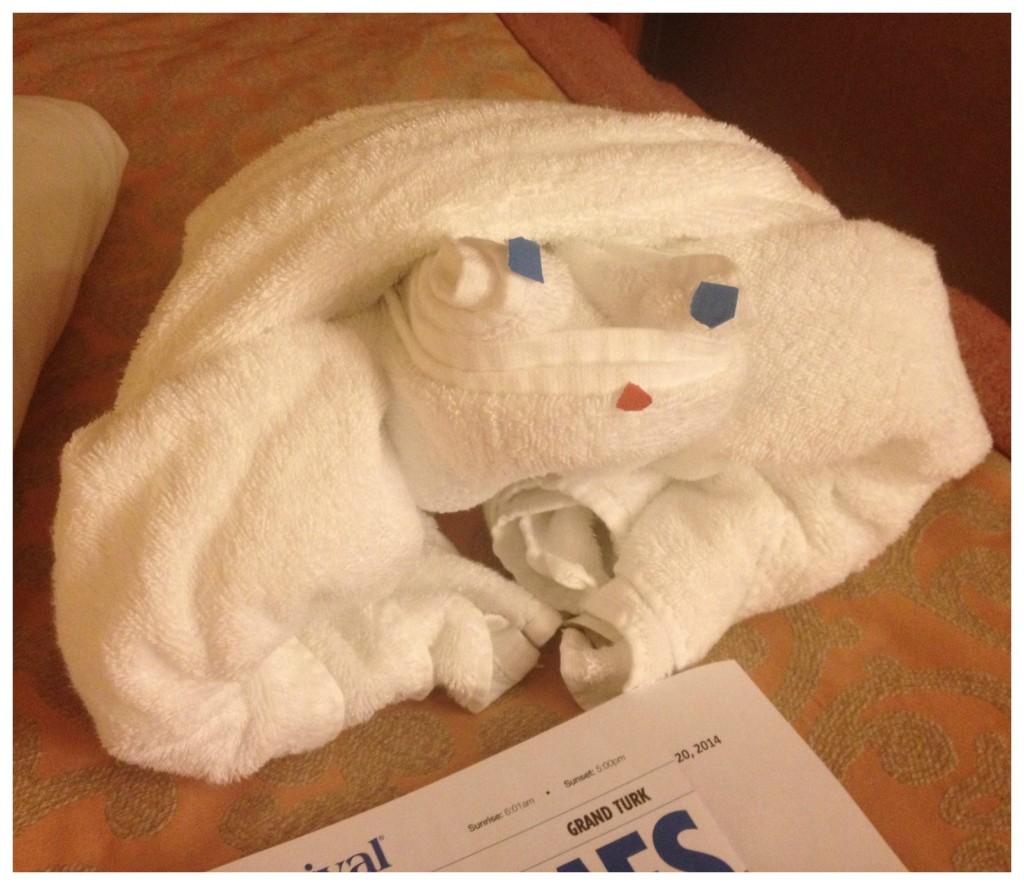 Have you any idea what that animal is? We would love to read your comments below.